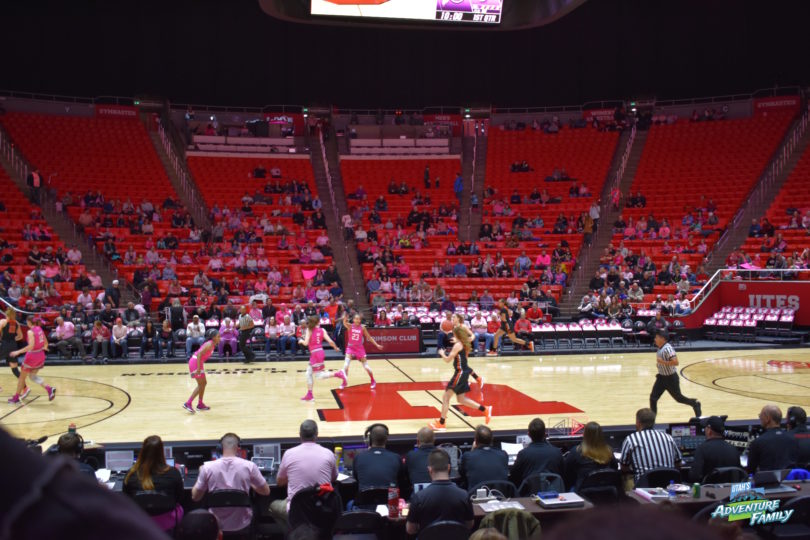 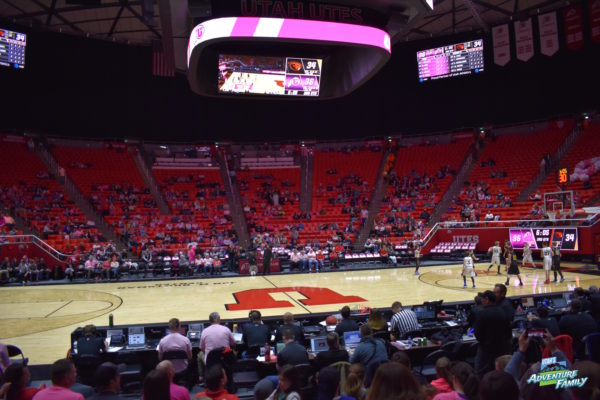 We love sports, so when the opportunity came to attend a University of Utah Women’s Basketball Game, we decided to go. We have attended a lot of college sports at BYU including Men’s Basketball, Volleyball, and Football, and Women’s Volleyball and Gymnastics.

None of us had been to the Huntsman Center before, but we found parking right outside. There was no line, so we went in and started down the aisle. One thing we like about these smaller events is that you can choose a seat wherever you want. We ended up on row 5 right in the middle of the court. We could have gone down lower, but we wouldn’t have been able to see over the scorer’s table. 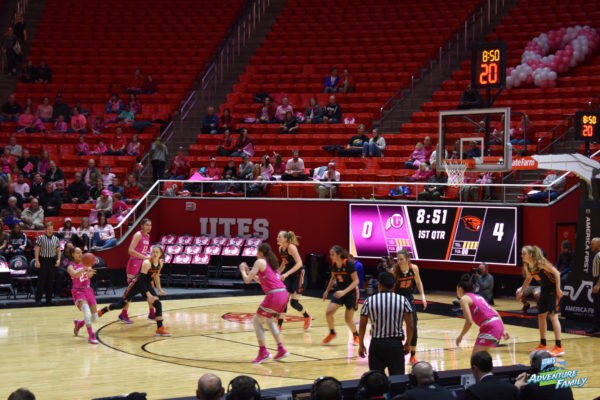 We had great seats at the Huntsman Center.

We attended the game on Breast Cancer Awareness night, so the Utes, and most of the crowd were wearing pink (we felt like fools in our red shirts). We also felt like part of the action. When you’re that close to the game, you always have a good time. 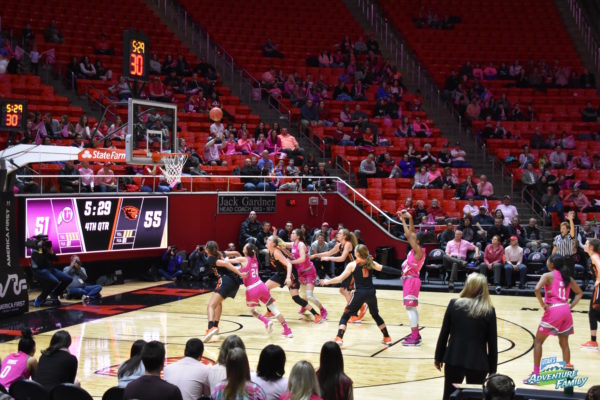 We were expecting a lot of red, but instead there was a lot of pink! 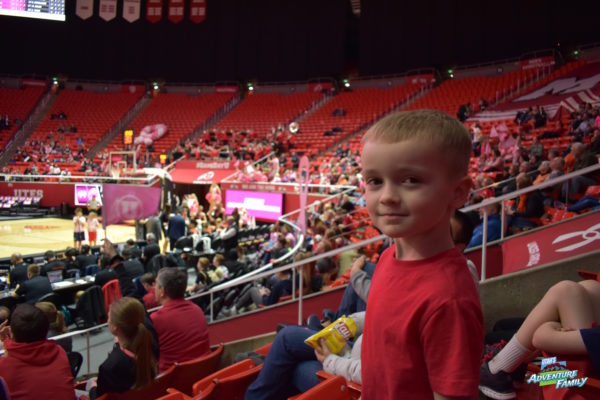 Sometimes we’re lucky enough to get on the JumboTron or catch a t-shirt in these smaller crowds, but we didn’t have any such luck tonight. The boys were excited, though, because after the game, a few of the players walked into the crowd and high-fived the kids. We love special moments like that!

Spending a night at a sporting event is always fun, and Runnin’ Ute Women’s Basketball was a great time. 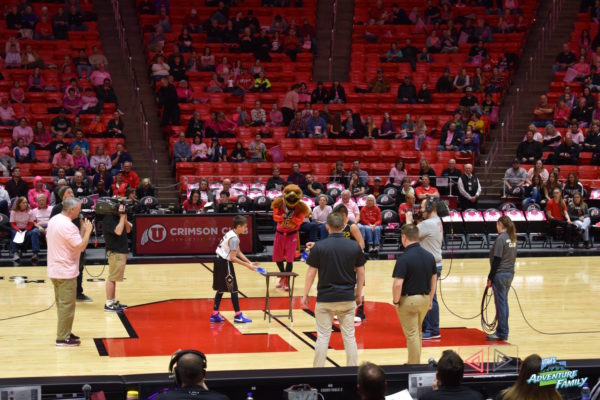 Our boys love seeing the mascots! 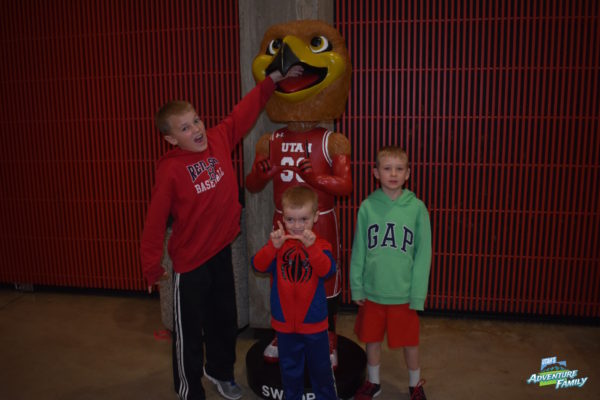 We had a lot of fun watching the Utah Utes Women’s Basketball game.