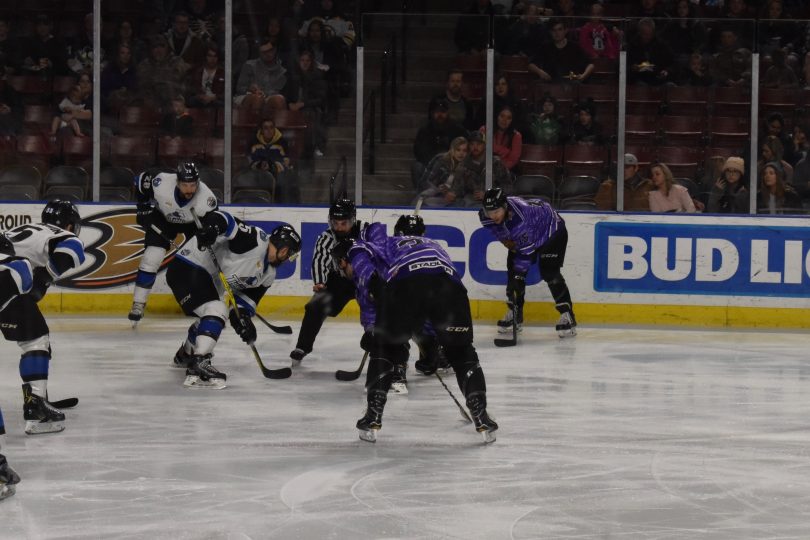 Professional hockey is faster, harder hitting, and more expensive than amateur hockey. We paid about $70 for our family of five to attend. Our older boys were excited and having fun, but our youngest said, “I knew we shouldn’t have come,” when two of the players tossed off their helmets and began exchanging blows. The atmosphere is definitely different at a hockey game!

We were able to get great seats, though, and the crowd was mostly positive. The game was really interesting, though we don’t know all the rules to hockey. At the Grizzlies games a loud siren turns on each time there is a score. They also had fun events at intermission, and we even saw a rare hat trick (a player score three goals)!

If you opt to go to a hockey game remember to dress warmly. Even though the games are inside, it tends to be quite cool in the building. Prep your kids for the general rules of the game: There are three twenty minute periods, players get sent to the penalty box, and goals are rarely scored. We suggest preparing them a bit for the violence as well. Our kids were a little surprised at the fierce hits, fights, and fast pace of the game. A night of hockey is definitely a night to remember!