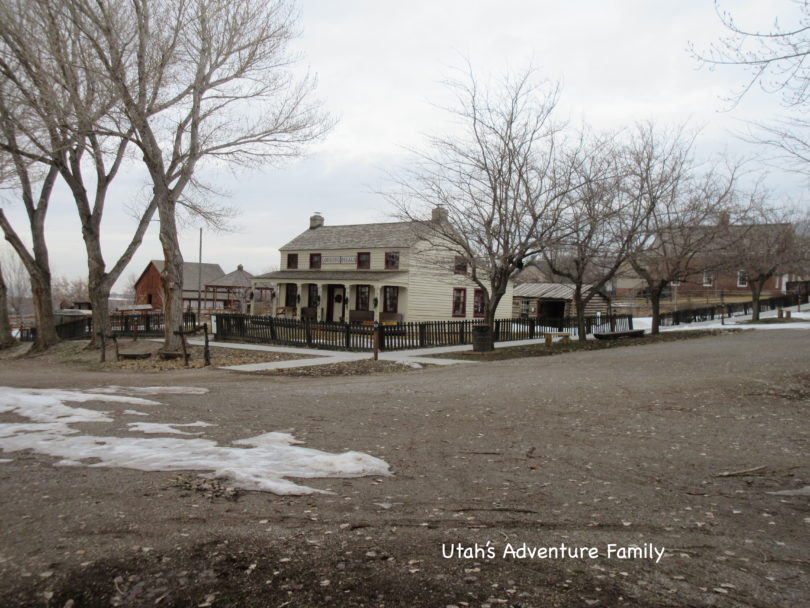 Heritage State Park, also known as This is the Place Monument, lies right at the mouth of Emigration Canyon across from the Hogle Zoo. The park has many special events, which we’ve written about before, but we want to talk about This is the Place Heritage Park in Winter. 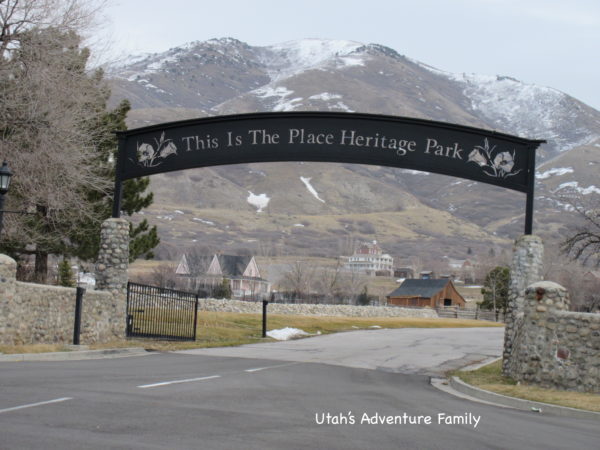 We went to Heritage State Park in January and much of the park was open for visits. Our day began with time in the museum downstairs where you can find a small display on the Mormon Battalion. We also got to ride the train, and the tour was great. The train leads you around the village, and the conductor gives a history of each of the buildings. In January at least, he also tells you which buildings are open. 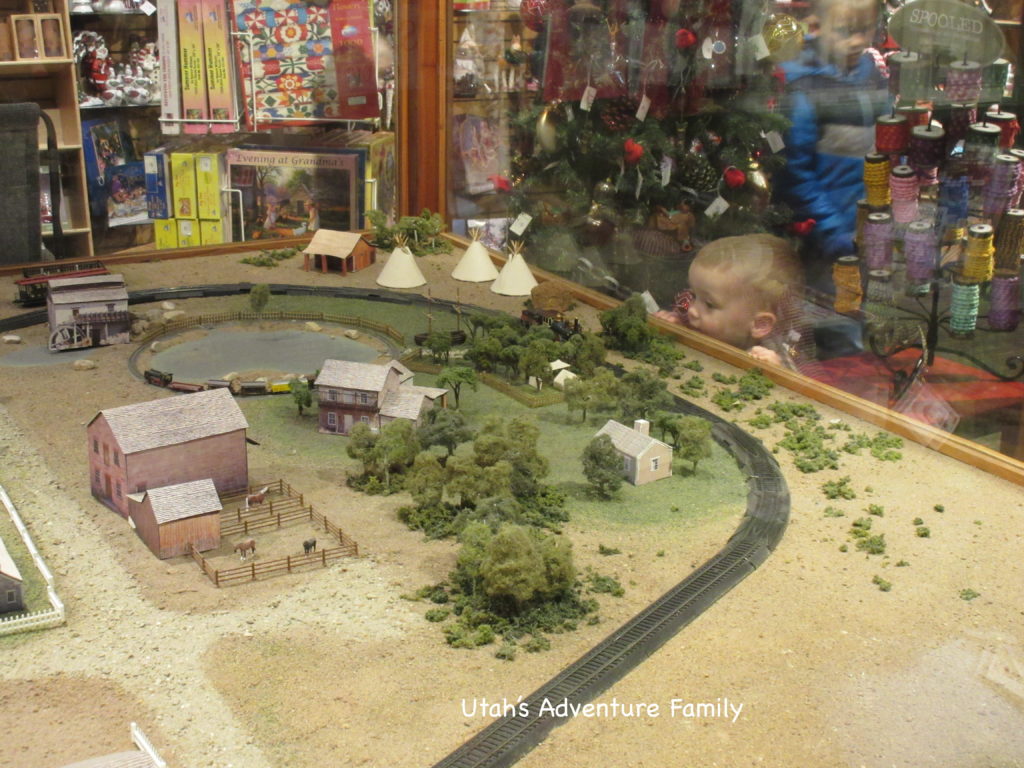 There is a train display inside the store that entertained our boys for awhile. 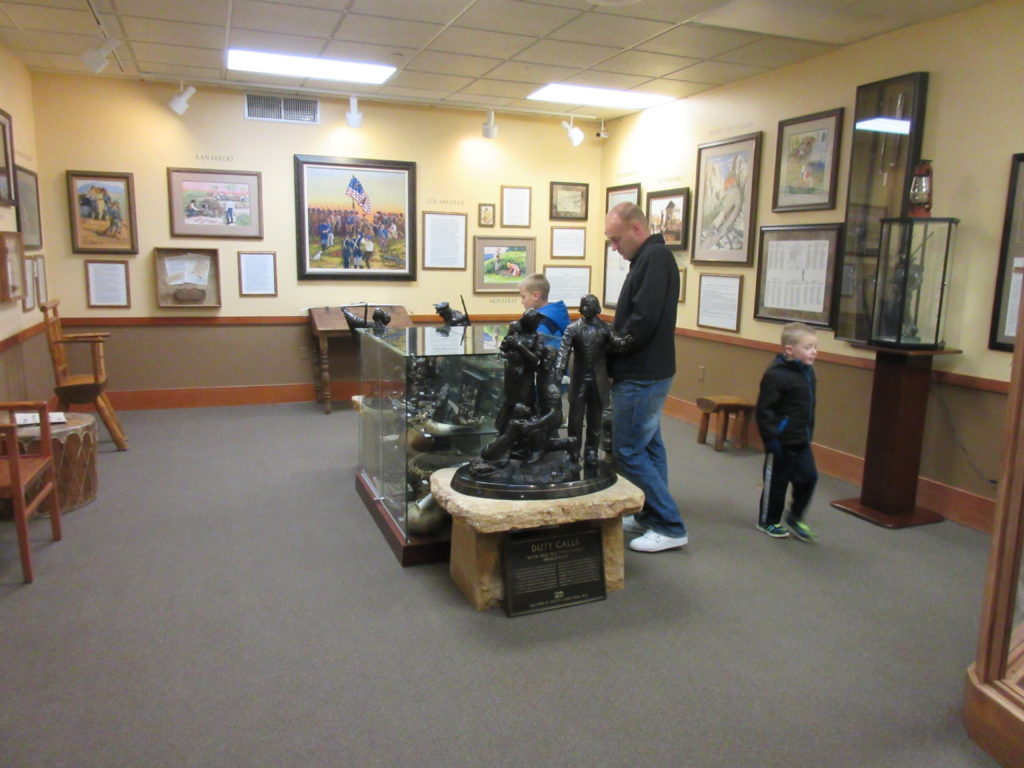 There is a small museum downstairs about the Mormon Battalion. There is also a theater if you want to watch a short movie about the pioneers. 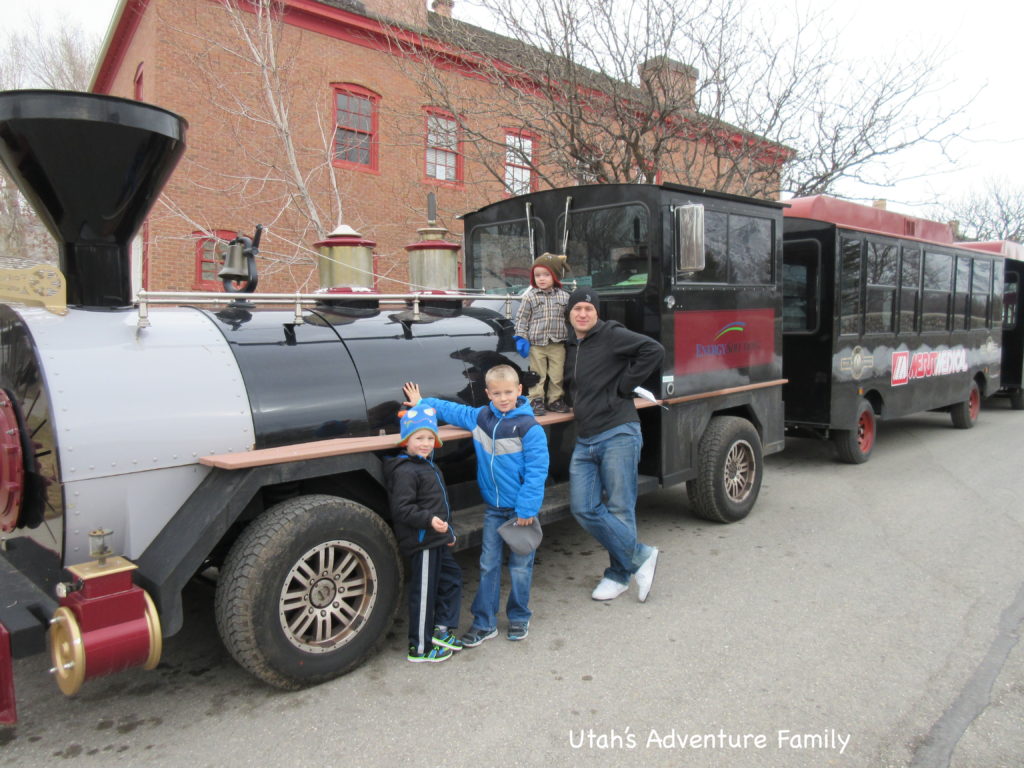 This is the mini train, and one ride is included in your admission. 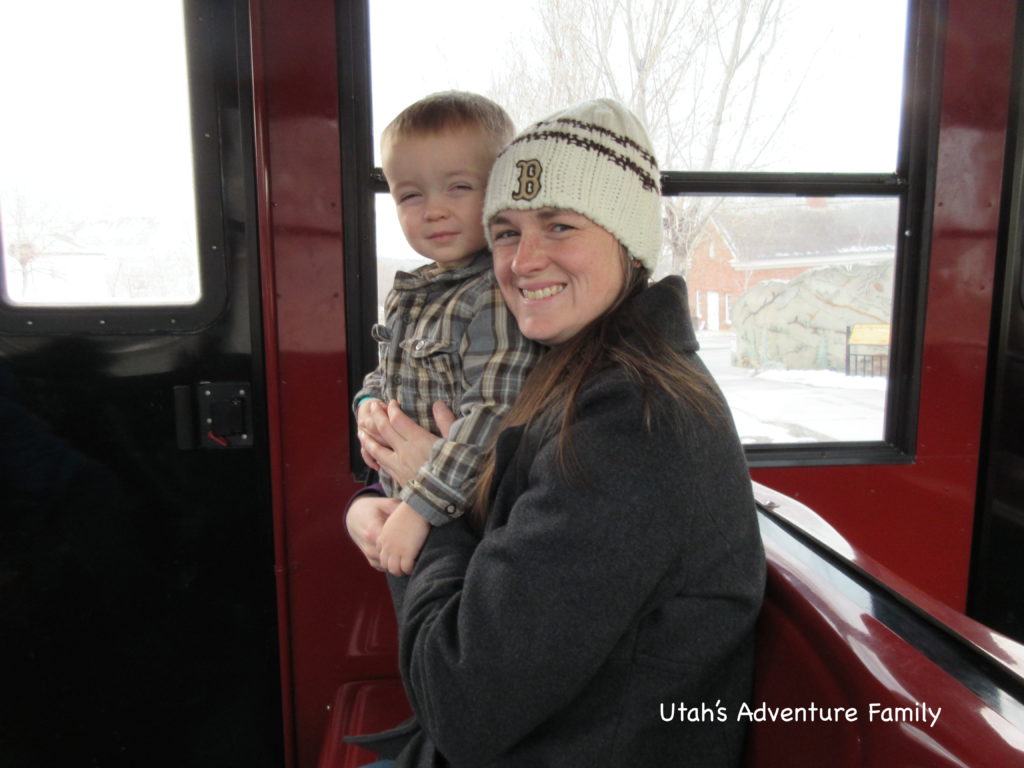 You can ride in an open car or enclosed car. Because it was January, we opted for enclosed.

There were no activities during the winter season (in summer they have a blacksmith, printer, etc.) but we did get to play at the playground and visit the animals. It was a nice way to spend a mild winter day. During the winter, the price is half as much as during the summer because it is self-guided and there are no performers. In the summer time there are also pony rides and take home crafts. If you have a pass to the Zoo, they will give you a small discount if you show your pass when you pay. 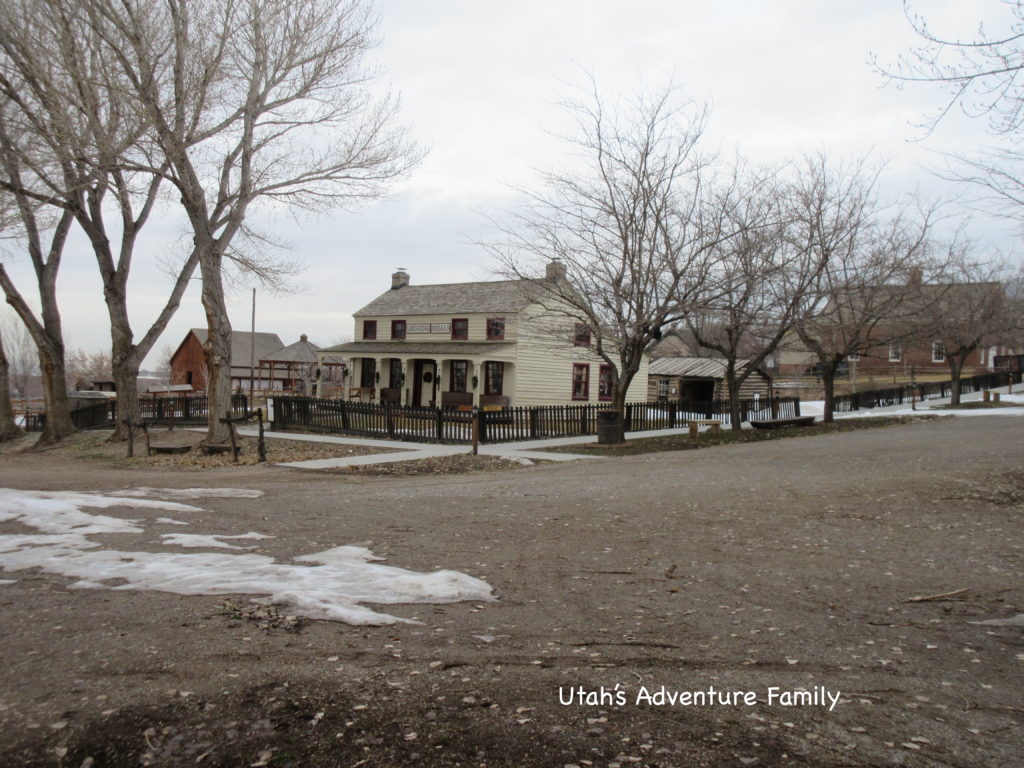 Heritage Park is set up to look like Salt Lake City during pioneer times. 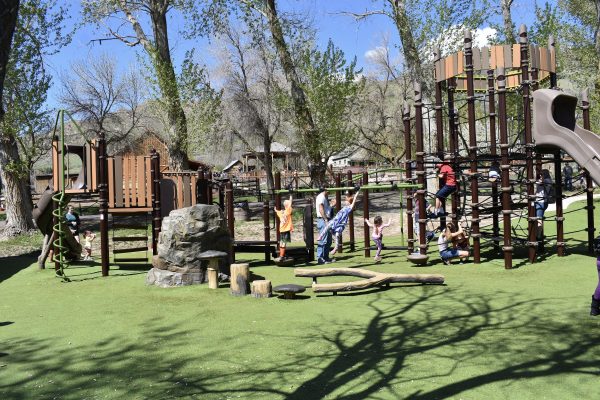 The playground is a lot of fun no matter the season. 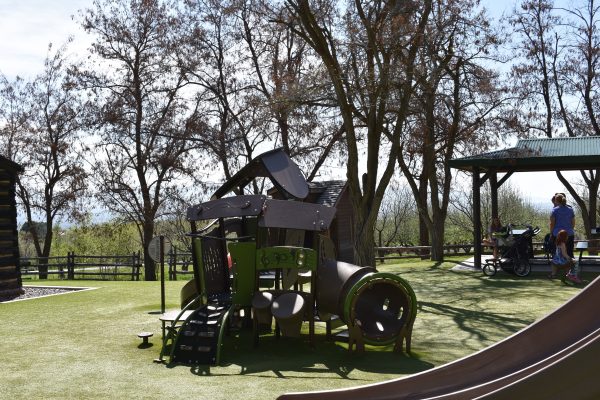 There is a small area for toddlers, too. 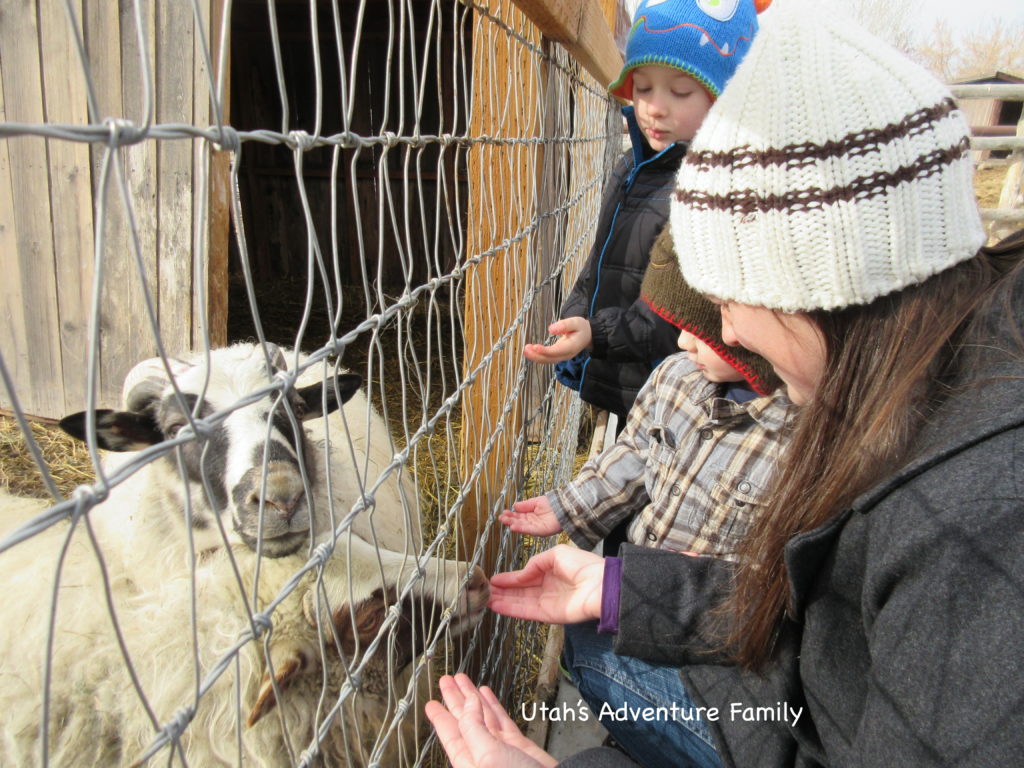 You can see the animals in winter or summer. 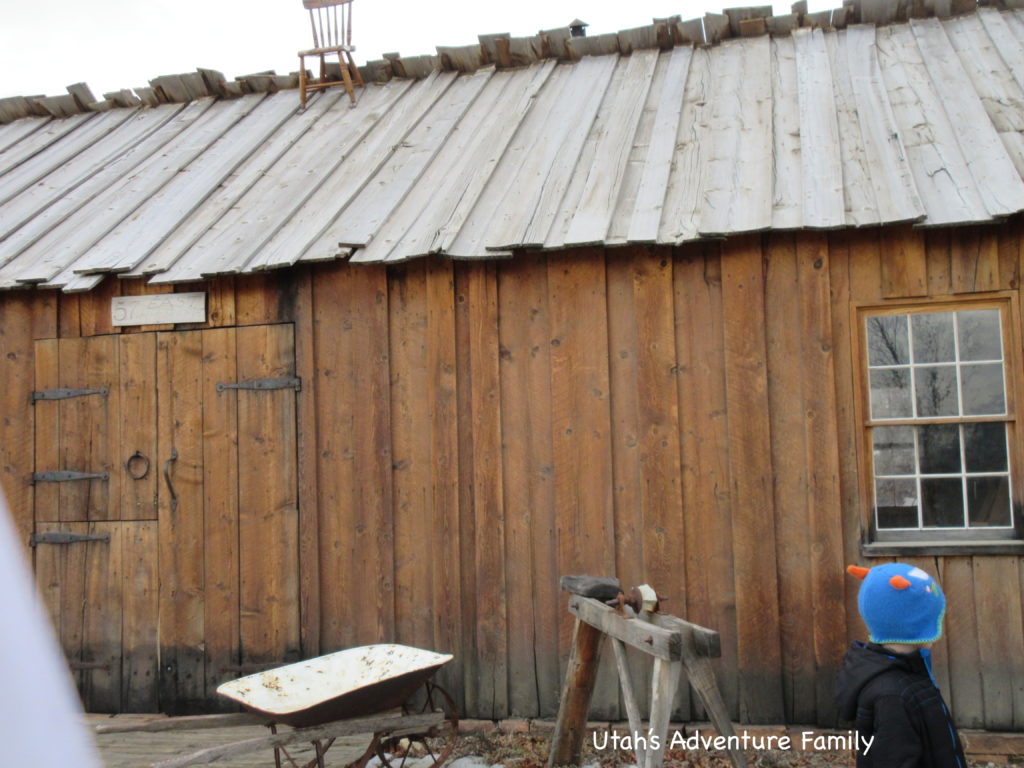 The train driver told our kids that the chair was a time out chair and our 5 year old was a little concerned about that. : ) (It’s really advertising). 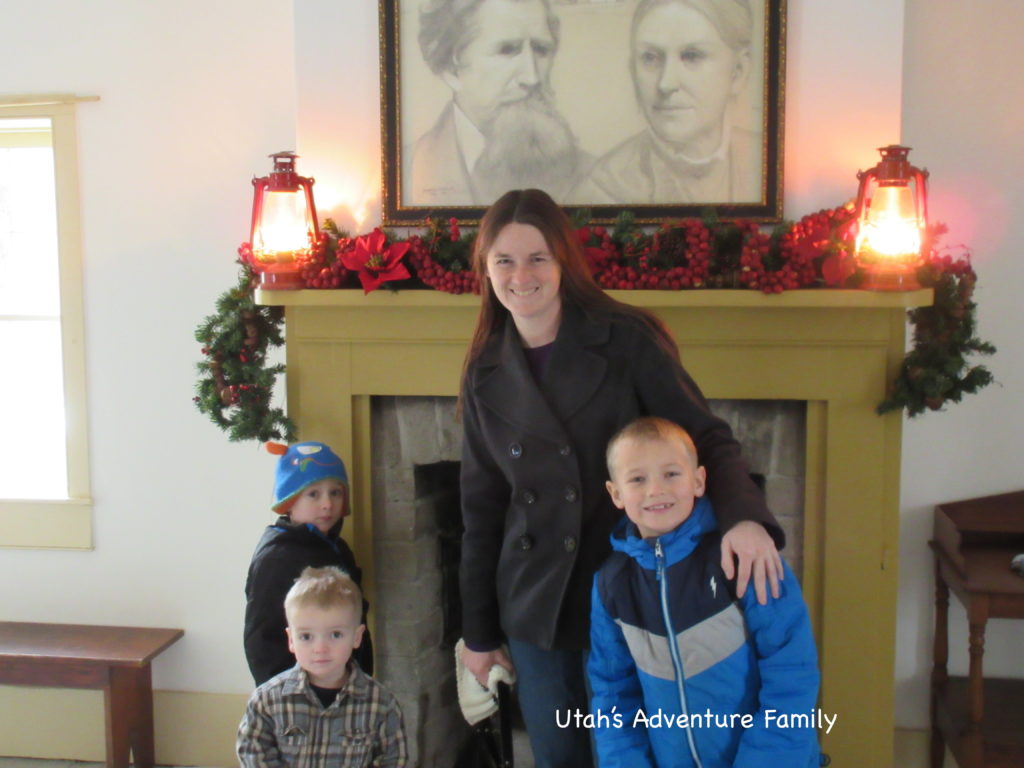 You can go inside about half of the buildings in the winter season. 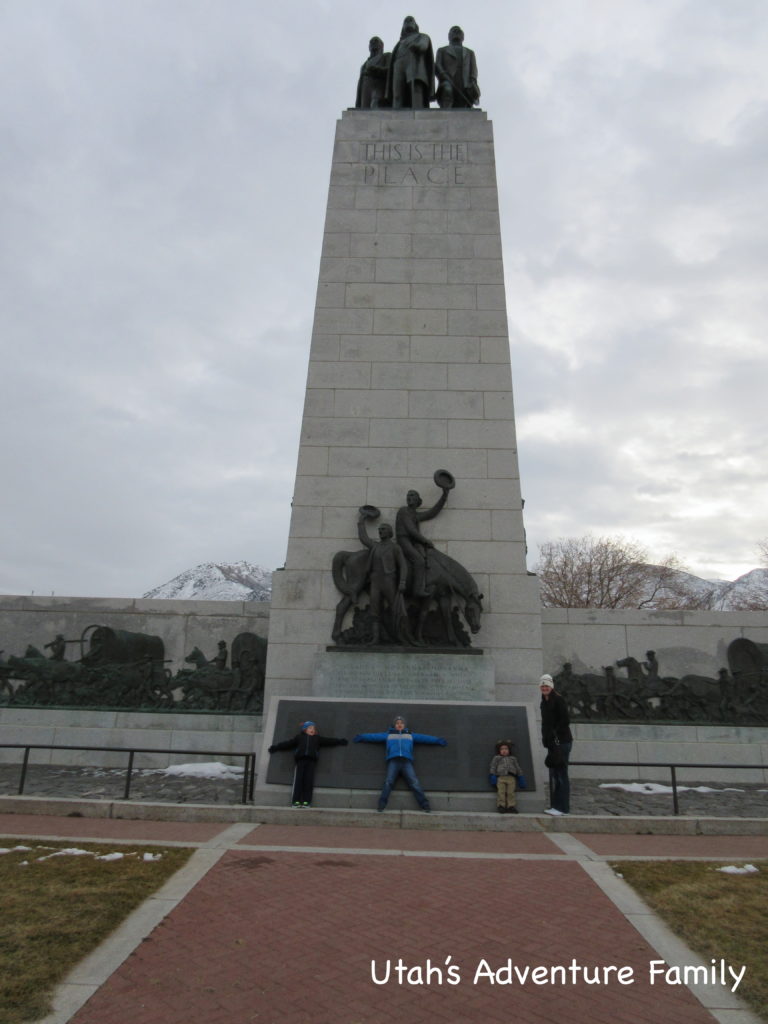 This is the Place Monument marks the location when Brigham Young arrived in the Salt Lake Valley and declared this was where the pioneers were going to live.