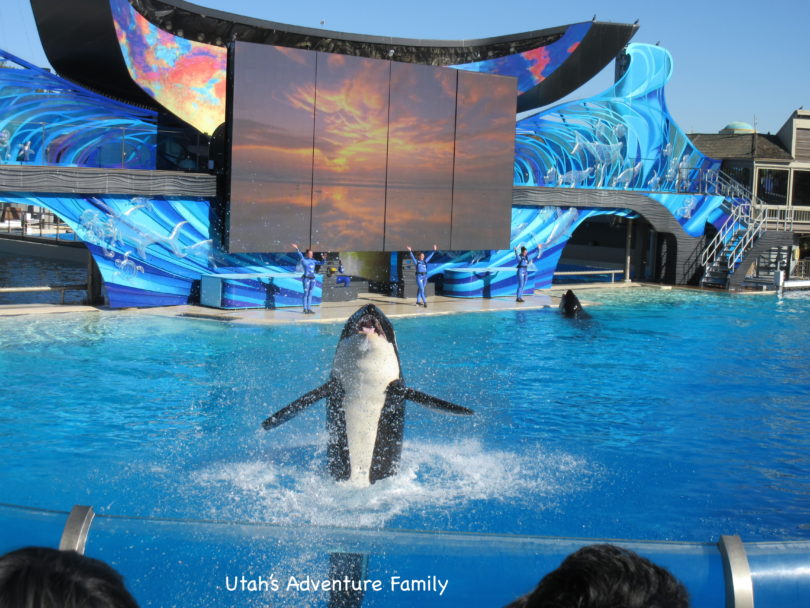 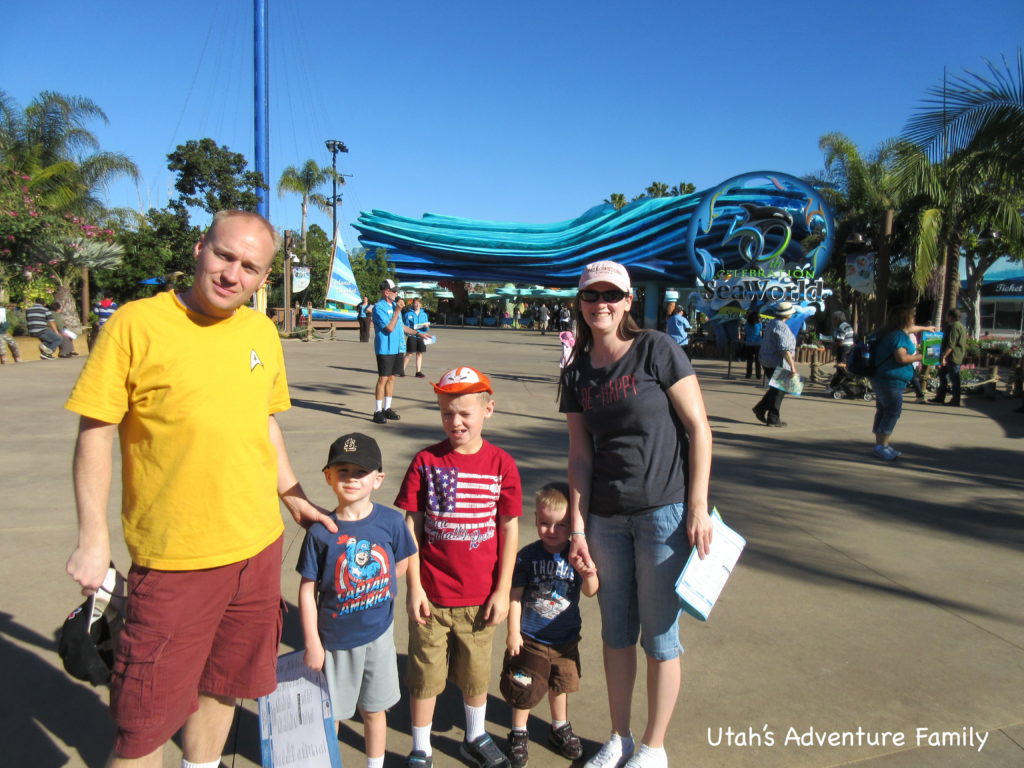 Yes, we saw Blackfish, and we will be deleting any comments related to the controversy surrounding SeaWorld. But if you’d like a little advice on your visit to SeaWorld and how you might spend your time, you’ve come to the right place.

Food: One of the first things to know about SeaWorld is that they are not very cooperative when it comes to outside food and drink. They inspect diaper bags and other carry-ins, and don’t even think about a cooler. About all you can get away with is formula for the baby. You are allowed to leave and return, so you can go out to the car to eat, but it may be simpler to just plan on spending a little extra for food. Food you buy in the park can be taken into any arena for a show, so that is nice.

Shows: As soon as you get to SeaWorld, or even before, check out the schedule for the Orca and Dolphin shows. You’ll want to arrive at each show at least 15 minutes early, more on a super-busy summer day, as the good seats go fast. There is pre-show entertainment, though, which is nice. Be careful with the splash zones. Sitting in the first 6-8 rows means that you may get soaked– not wet, SOAKED. We saw a lot of people so wet they left the arena rather than watching the rest of the show. Sitting to the sides, or toward the back of the splash zone is much better. By the way, due to recent events at SeaWorld, the shows have changed. The dolphin show is more focused on humans and is like a mini-play. During the orca show, the trainers never enter the water– it’s primarily 5-10 ton mammals jumping and splashing, which is still plenty impressive. Don’t get me wrong, the shows are still fun, but much different than 10 years ago. 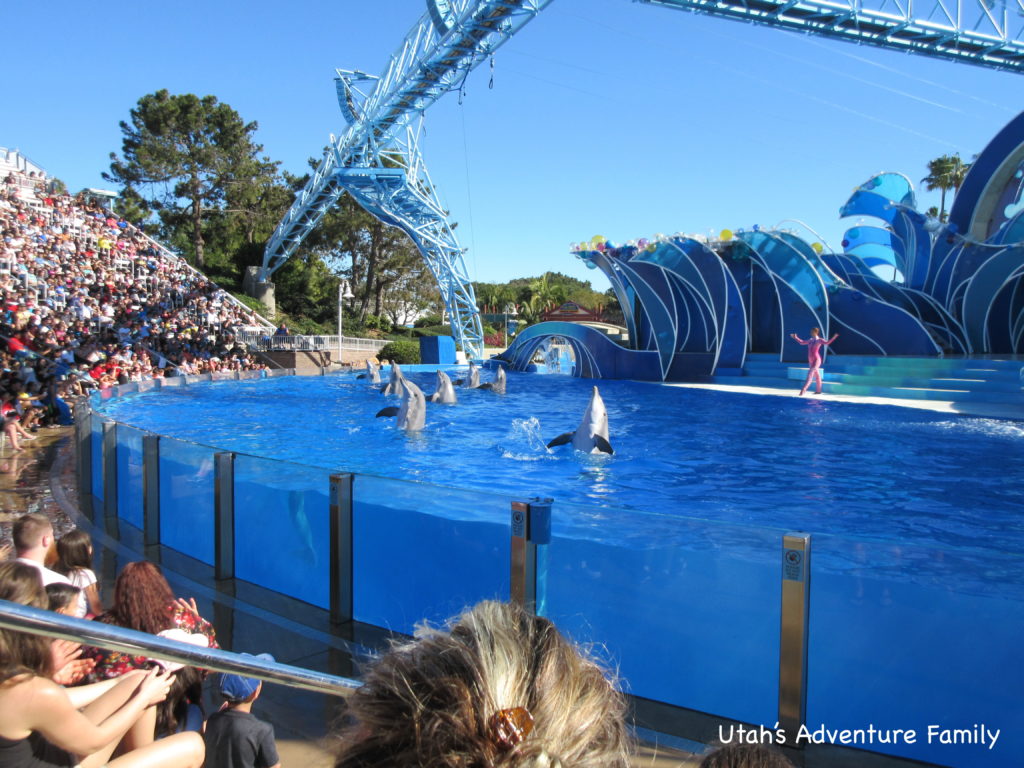 The dolphin show has lots of different things animals in it, but the dolphins were our favorite. 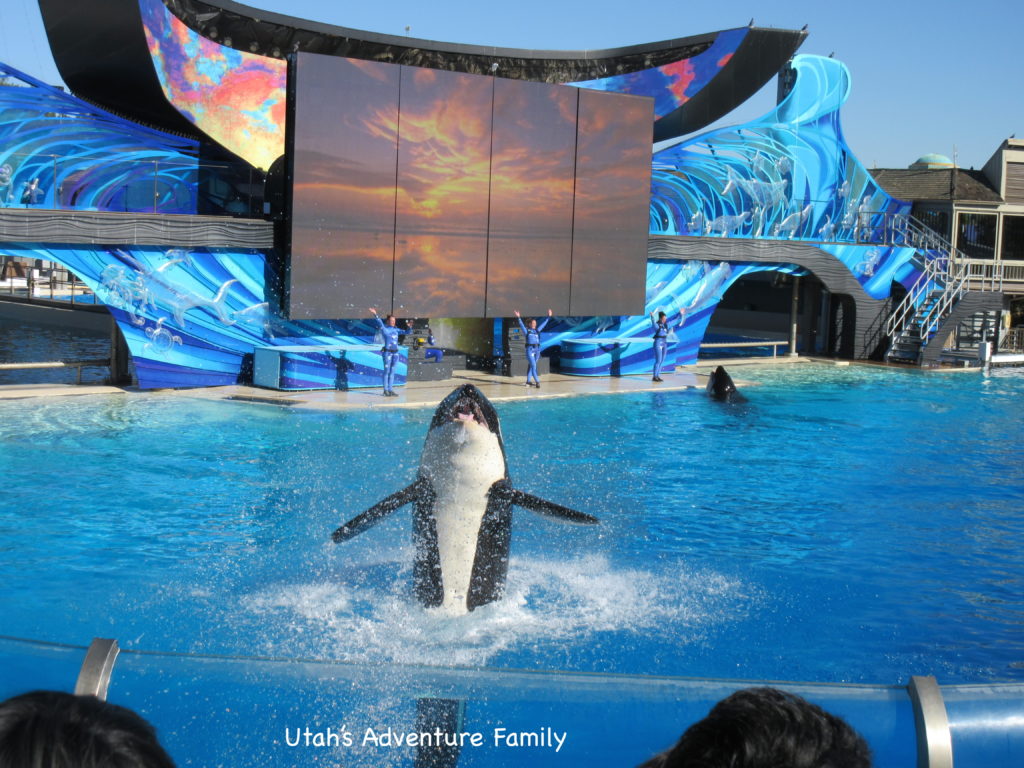 Yes, that Orca can spit water all the way to the back row of the Splash Zone. We were sitting on the last row and still got wet. A little wet, but wet none the less, so be prepared if you sit in the Splash Zone. 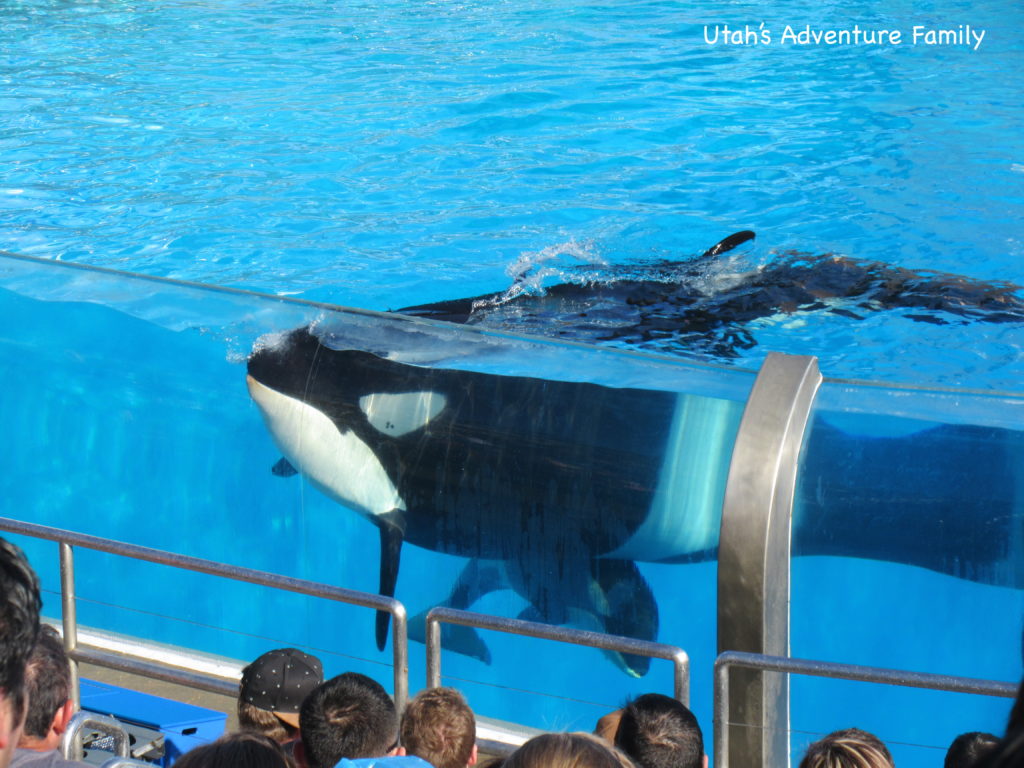 There was a baby who was just a few weeks old. His mom was in the show a little bit, and he swam along side her the whole way. He is under his mom in this picture. Adorable!

Rides: SeaWorld now has several rides. There is a large roller coaster (Manta) that is really fast and worth the wait. There is a ride called Journey to Atlantis that was closed the day we were at SeaWorld. There are also a few smaller kiddy rides for the toddlers based on Sesame Street. Make sure to save some time for this area as it is likely what our kids will remember most. The lines were pretty short, and they allow parents to ride with little ones, so we had a lot of fun. 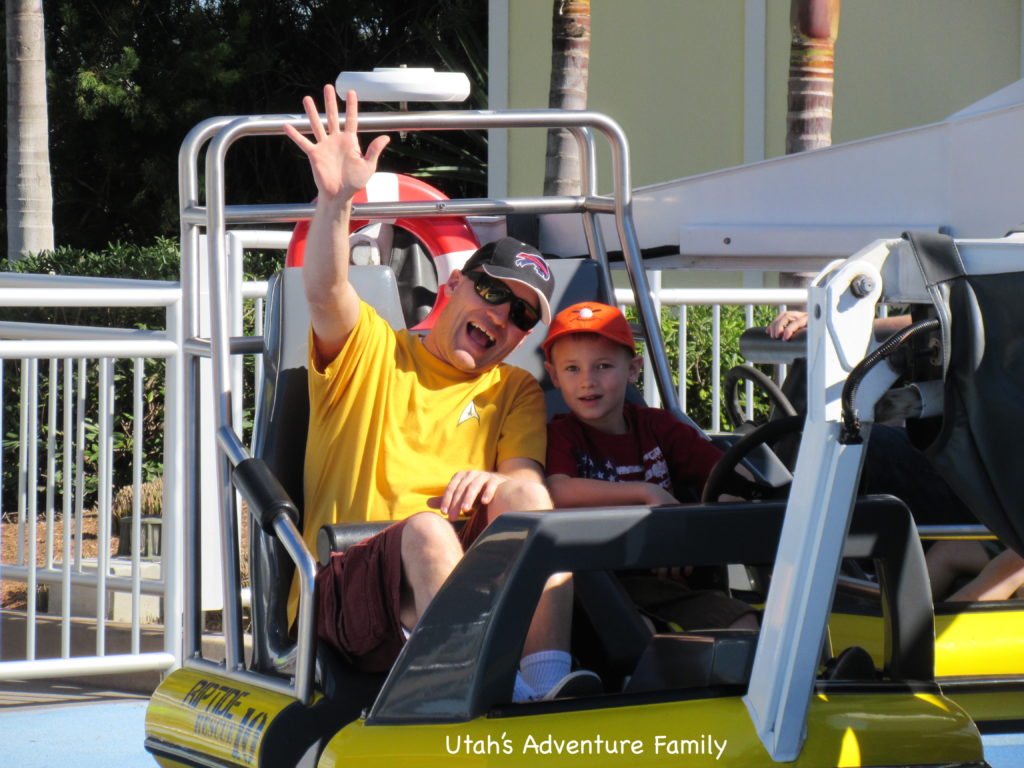 Only our oldest was tall enough for the bigger rides. 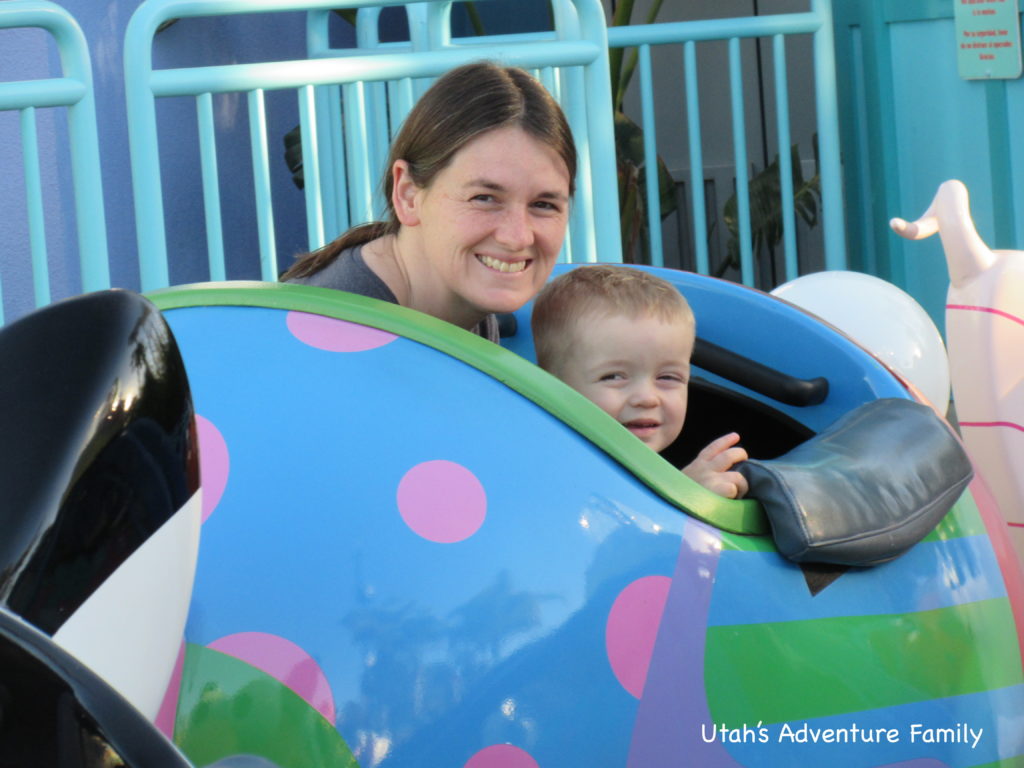 I think I went on this Elmo Fish ride at least 10 times. Our two year old was in heaven. 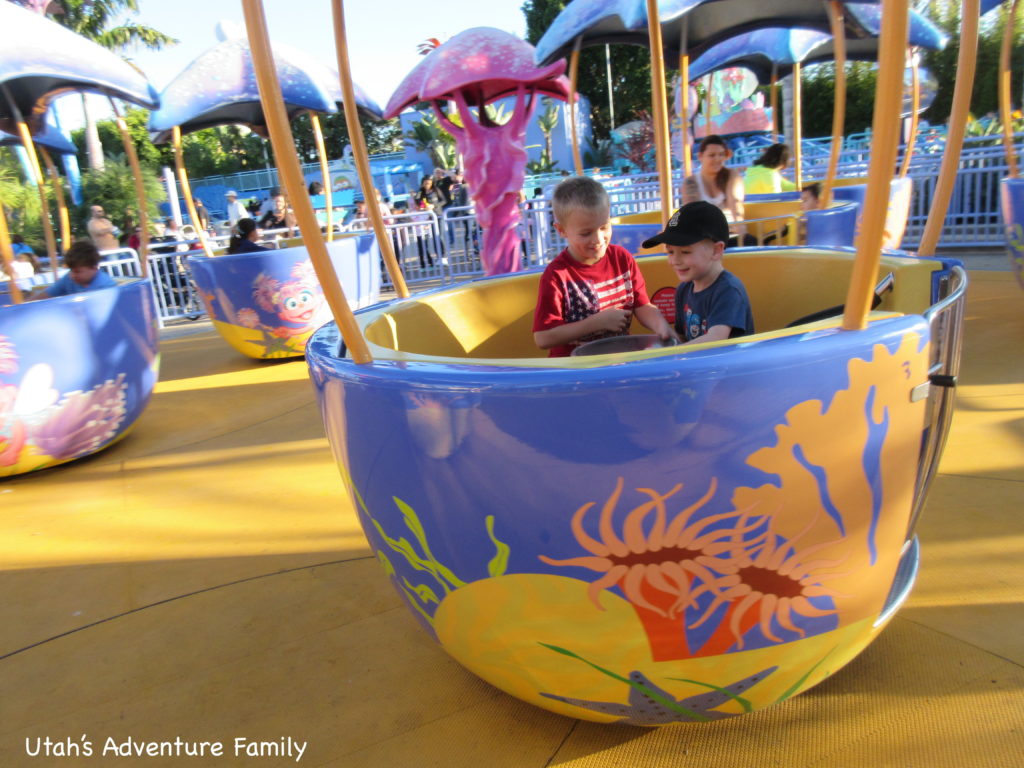 Our boys loved the rides at Sea World. We did them at the end after seeing all the animals.

Things to see: Swing by the otters, sea lions, sharks, and dolphins. They are permanently displayed in a zoo-like setting. There is often something go on at each of these exhibits. The penguins is also a good stop during the heat of the day. It’s cool inside, and the penguins are usually active.

Other Activities: There are touch pools when you enter SeaWorld. Our boys were slightly frightened of the tiny fish that suck your finger. They spent a long time almost putting their fingers in. There is a really cool Arctic Area where you can take a fake helicopter ride if you are tall enough. This is an interactive sort of “ride” that takes place in the Arctic. At the end, you’ll meet with those too short for this adventure and see beluga whales, walruses, penguins, and other animals. 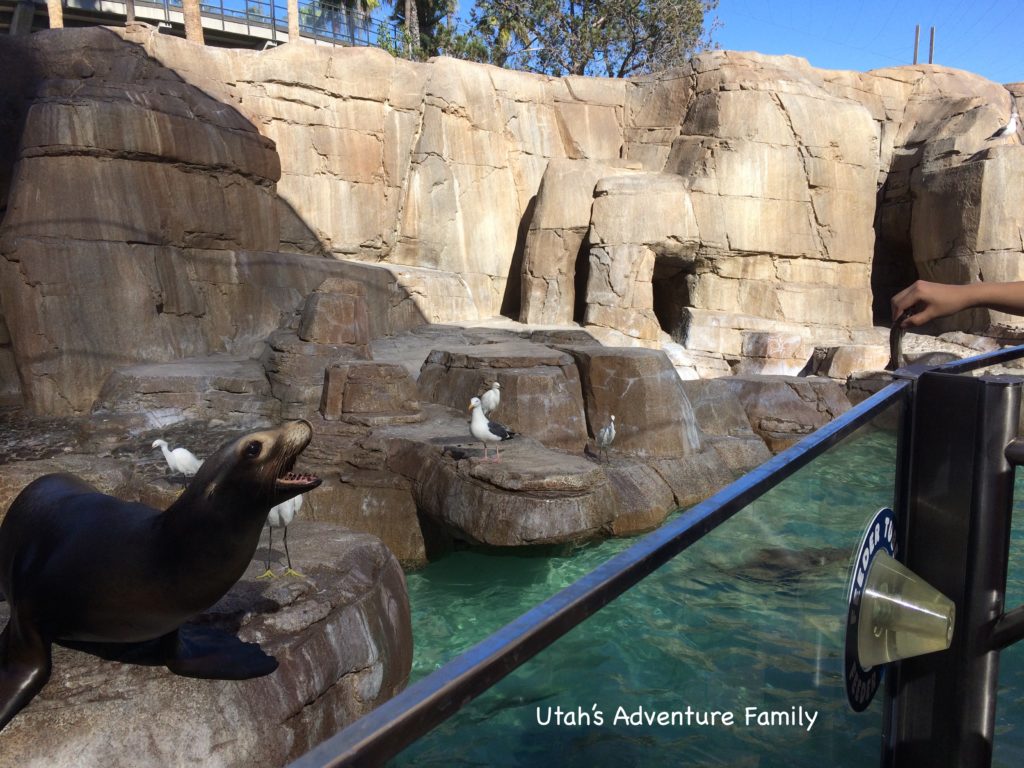 We were there at feeding time. For $5, we bought some fish and fed the Sea Lions. 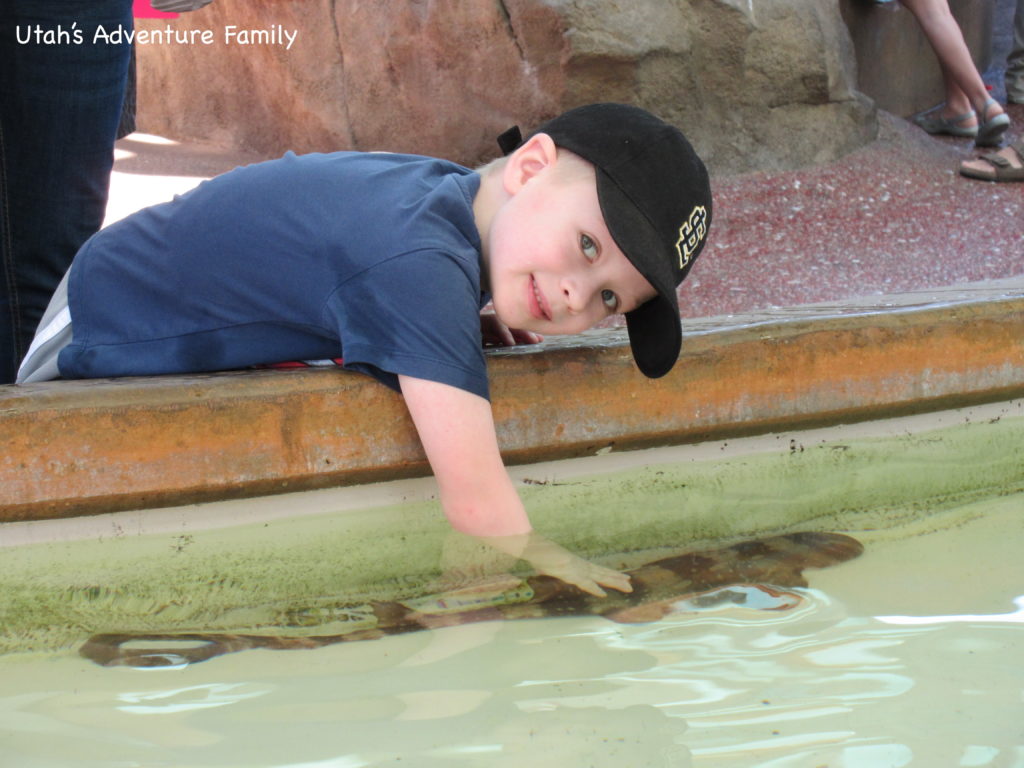 The touch pools were fun. The boys weren’t afraid to touch the sharks, but the little sucker fish were a little intimidating. 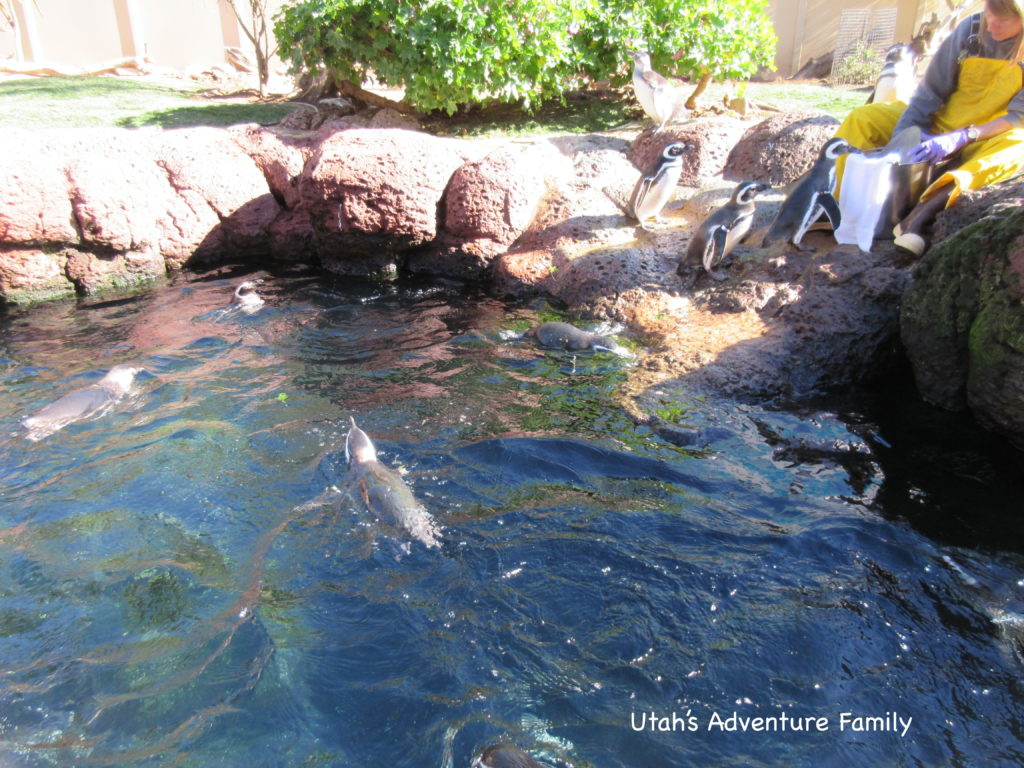 There are penguins outside and inside. 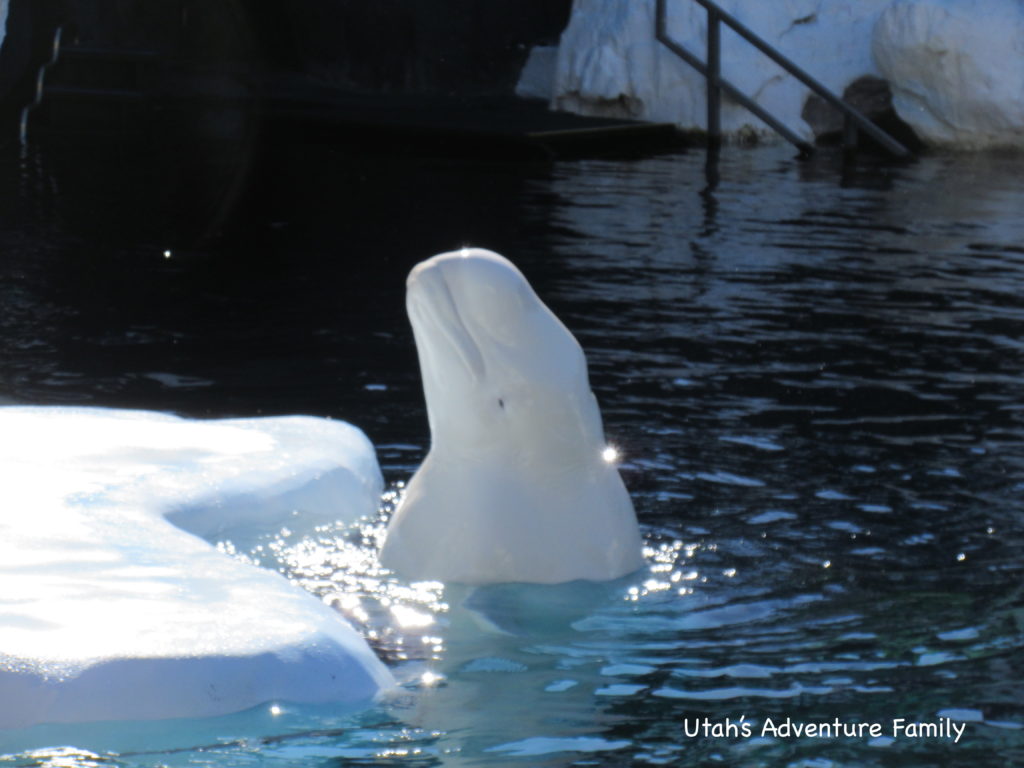 The Beluga Whales were posing well for pictures when we were there! 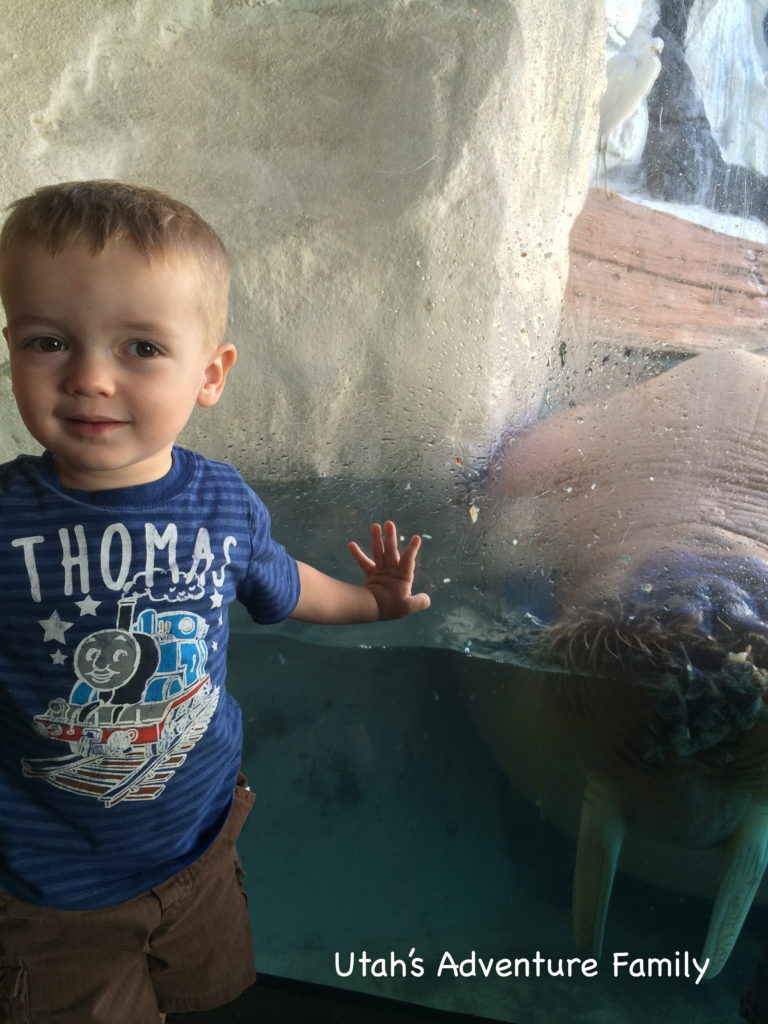 The walrus was also moving around and eating when we walked by.

Nearby: While you’re in San Diego, don’t forget to check out the Mormon Battalion, the San Diego Zoo, and Ruby’s on the Pier!