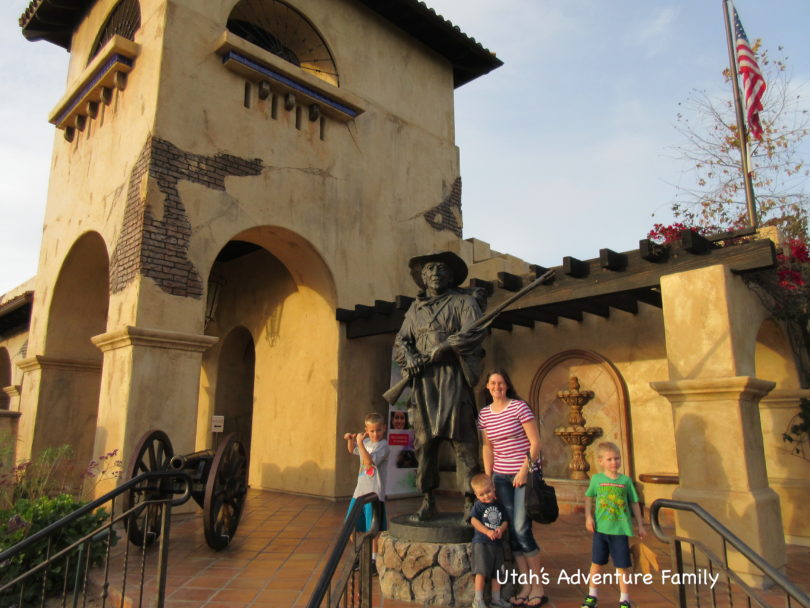 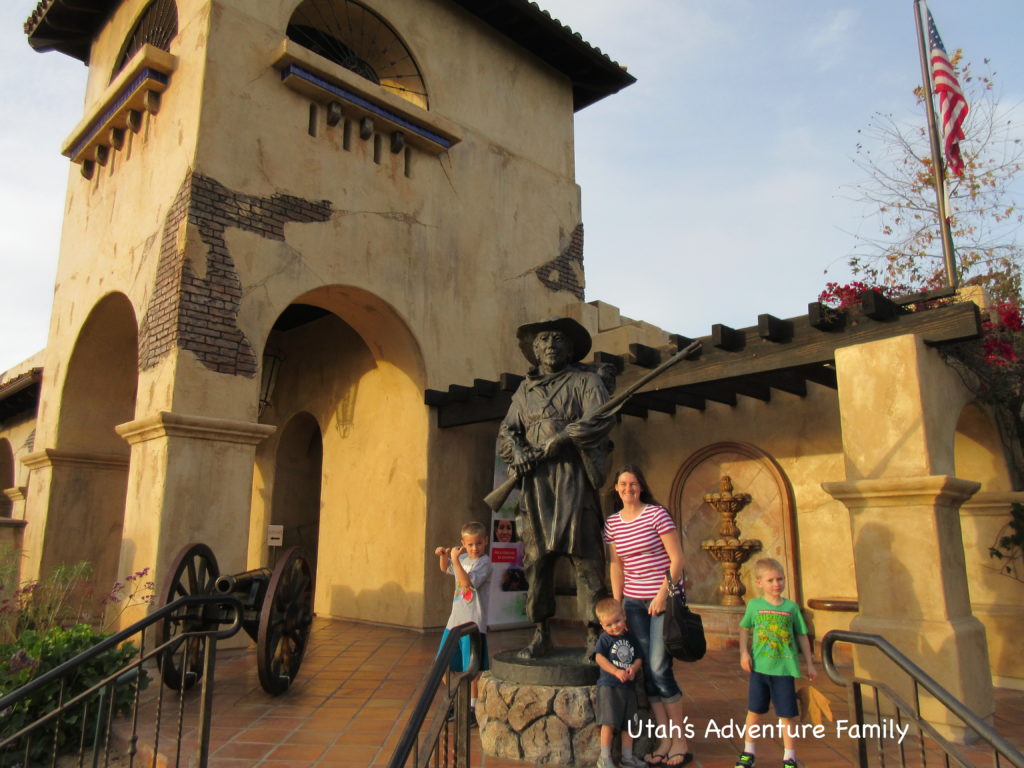 Recently our family took a trip to San Diego. Folks from Utah might be interested to visit the Mormon Battalion Memorial that has recently been updated and improved. The tour takes about 45 minutes and is fun and very informative. But first, a little background on the Mormon Battalion:

As the Pioneers were heading west in 1846 they were met by Captain James Allen. Allen ask the Pioneers for 500 men to fight in the Mexican-American War. Mormon President Brigham Young saw this as an opportunity to fund the westward trek, and it turned out to be exactly that. Additionally, Young promised those who volunteered that they would not see any fighting if they stayed true to the commandments. As anticipated, the trek was very lucrative, and as Young prophesied, by the time the Battalion arrived in San Diego, the war was over.

The Church of Jesus Christ of Latter-Day Saints (or Mormons) have a memorial site in San Diego, which reminded us of the brand new site in Fort Bluff. As we entered, we were greeted by two young ladies in period dress. They walked us through a series of rooms with video presentations that helped us understand the history of the Mormon Battalion. Our boys were super-excited at the interactive elements of the presentation. The story begins with talking pictures. In the next room they played simple instruments as the Saints danced. And finally, the boys dressed up as army volunteers, complete with muskets, which was their favorite part. 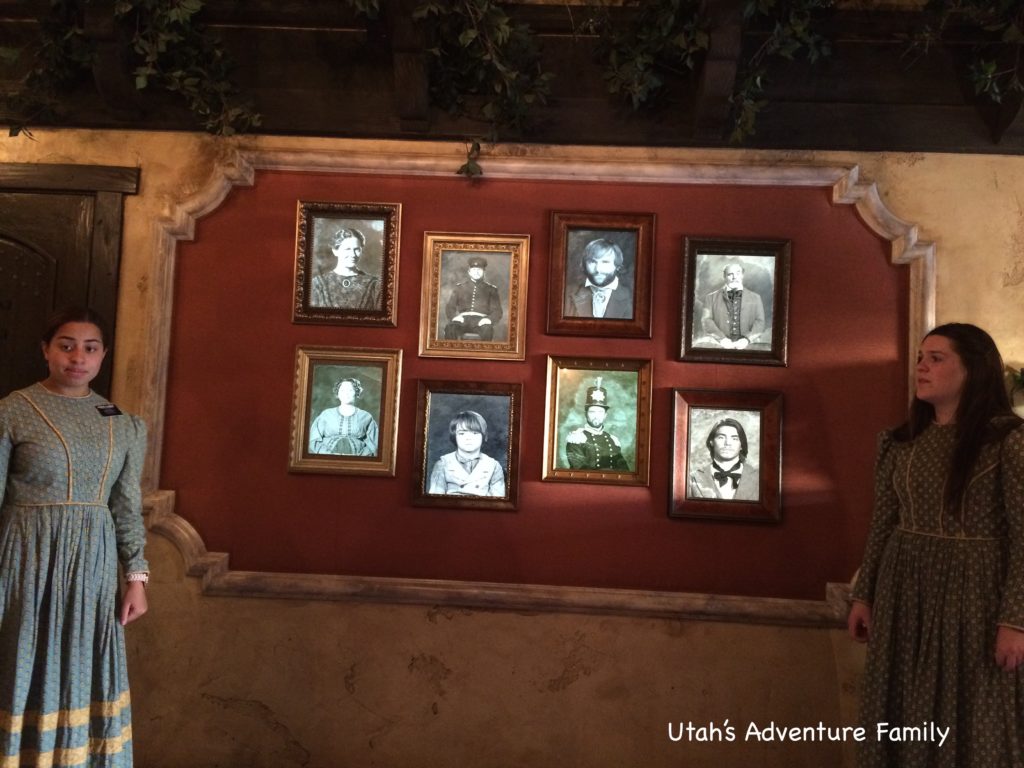 The talking pictures are fun to watch! 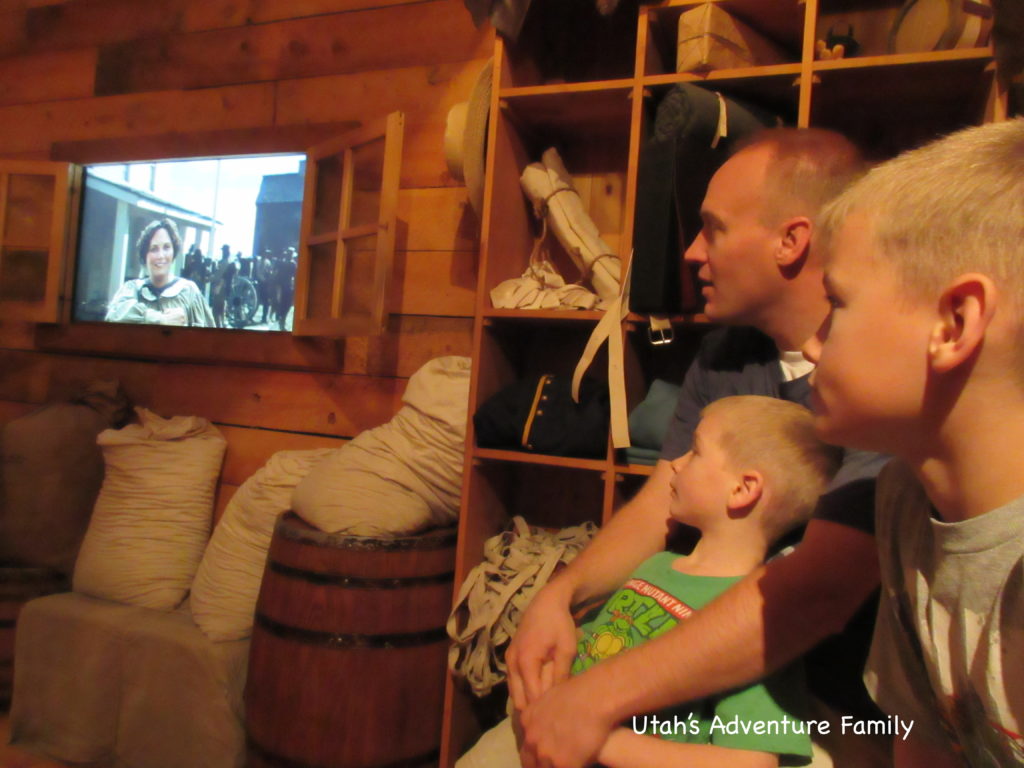 There are videos and talking pictures throughout the museum. 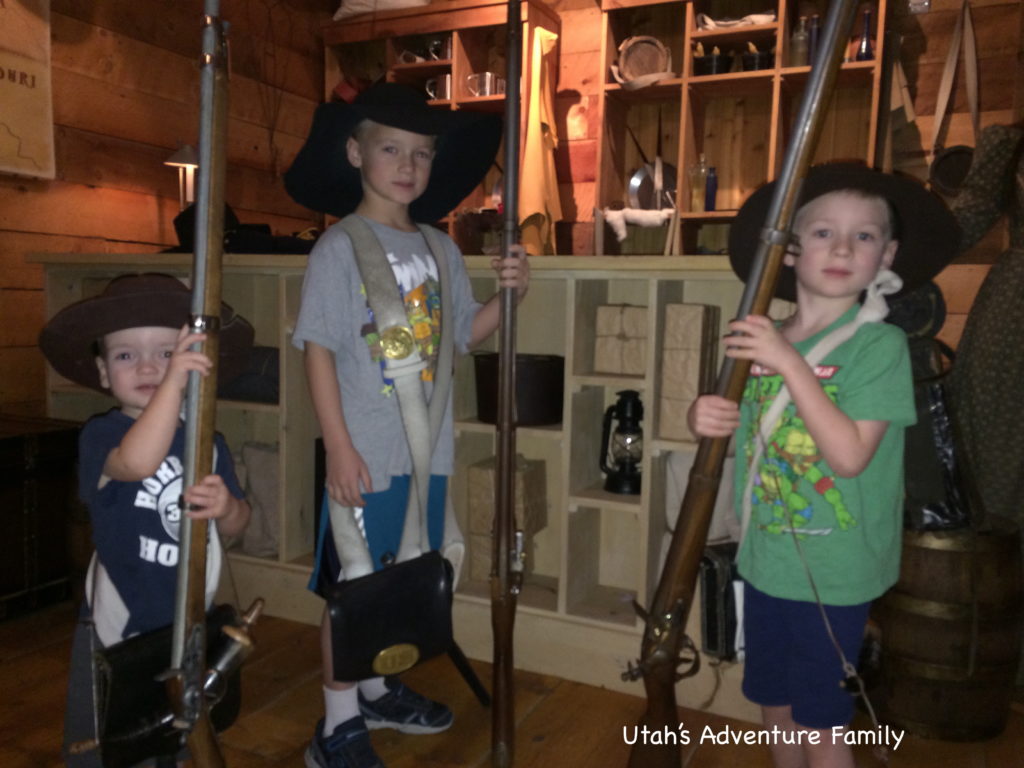 Our boys thought dressing up as soldiers was amazing! 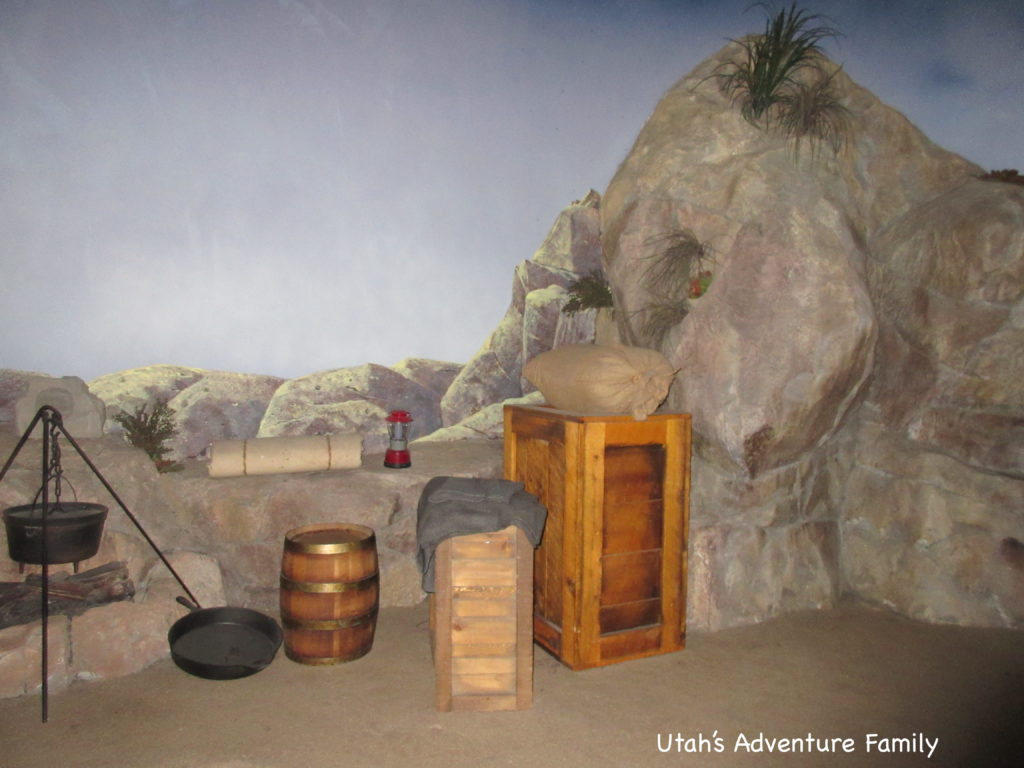 Each of the rooms is set up to look like different locations such as a camp or a store to purchase uniforms. 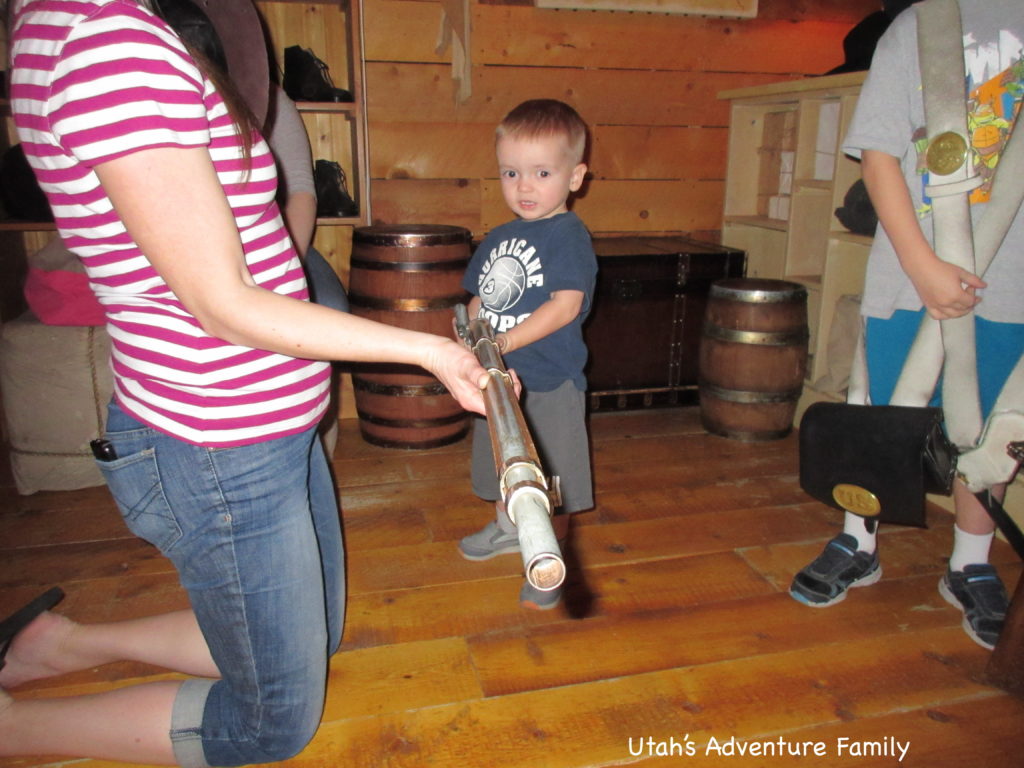 The guns were huge and heavy, but our youngest really wanted to shoot it!

After the tour, we were took a free family picture, which we emailed to ourselves. Then the boys were allowed to pan for gold, as some of the Mormon Battalion soldiers did at Sutter’s Fort which prompted the California gold rush of ’49. Don’t forget to check out the view of Old Town from the balcony. We were there at sunset, and it was amazing. 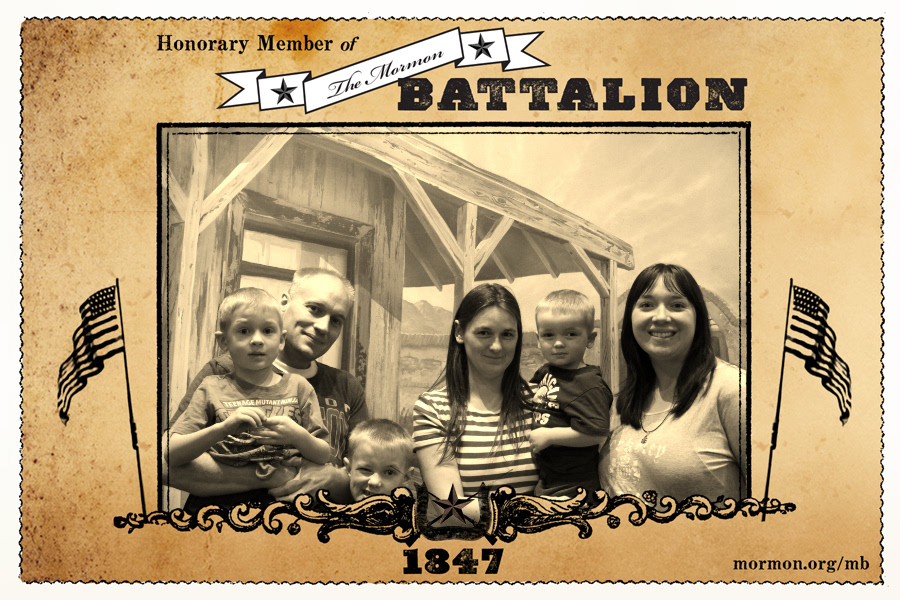 This is the picture we took at the Mormon Battalion Site. They print a copy for you as well as let you email it to yourself. 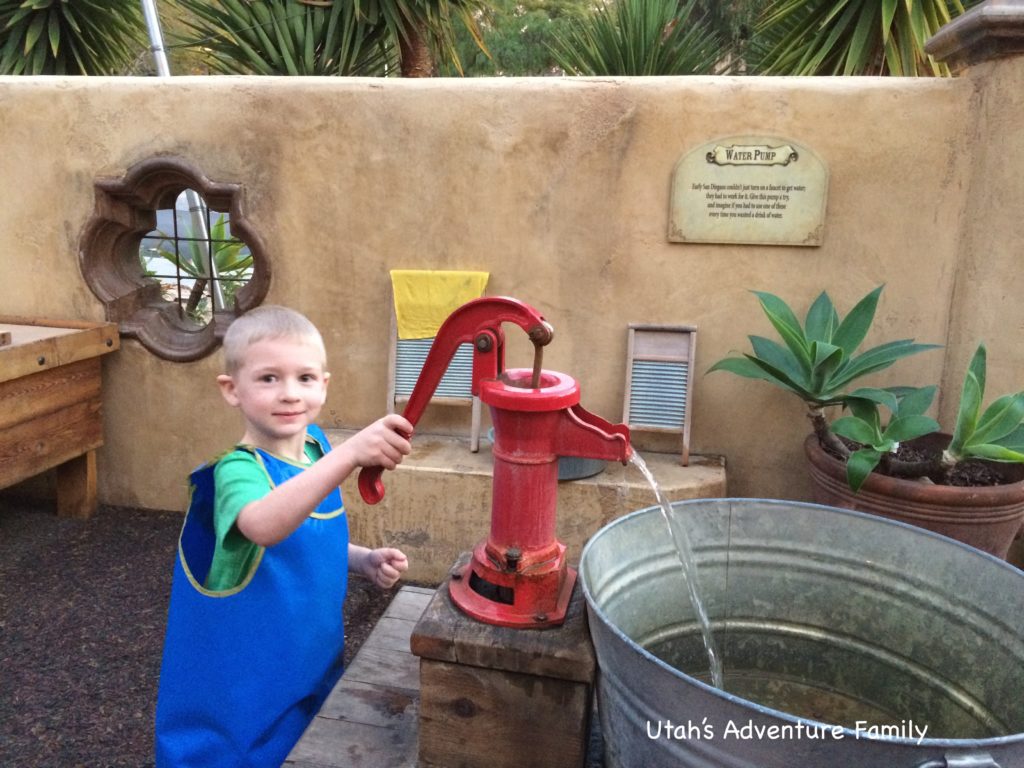 You could pump water as well as haul it up from the well. 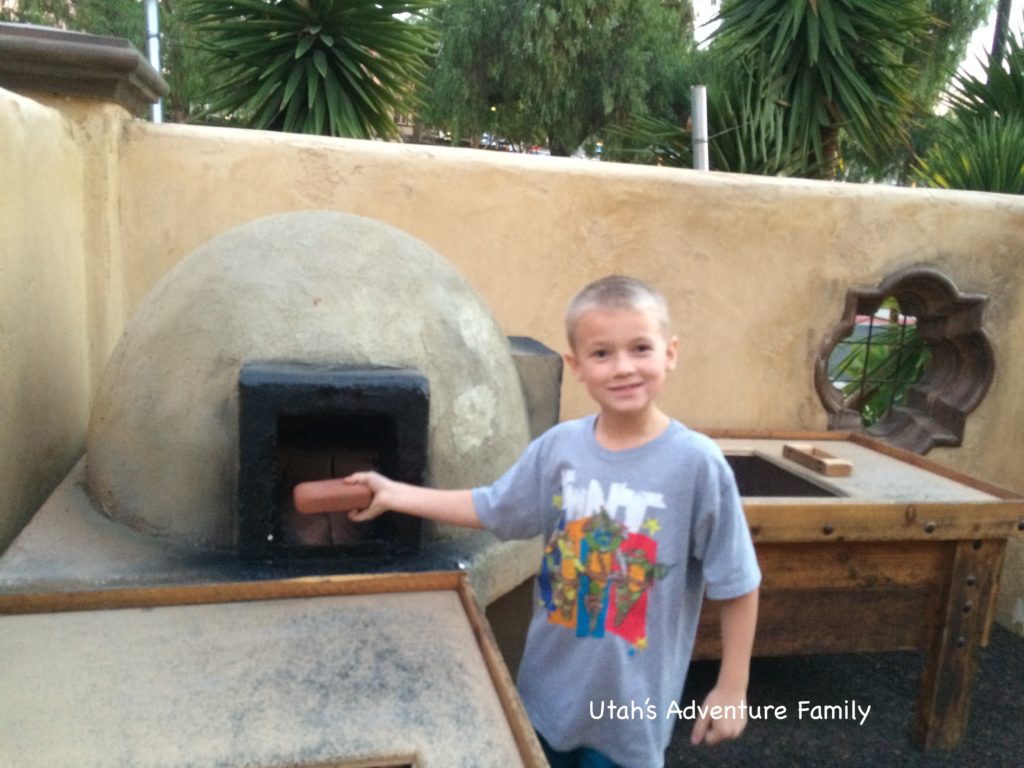 We baked bricks to build houses. 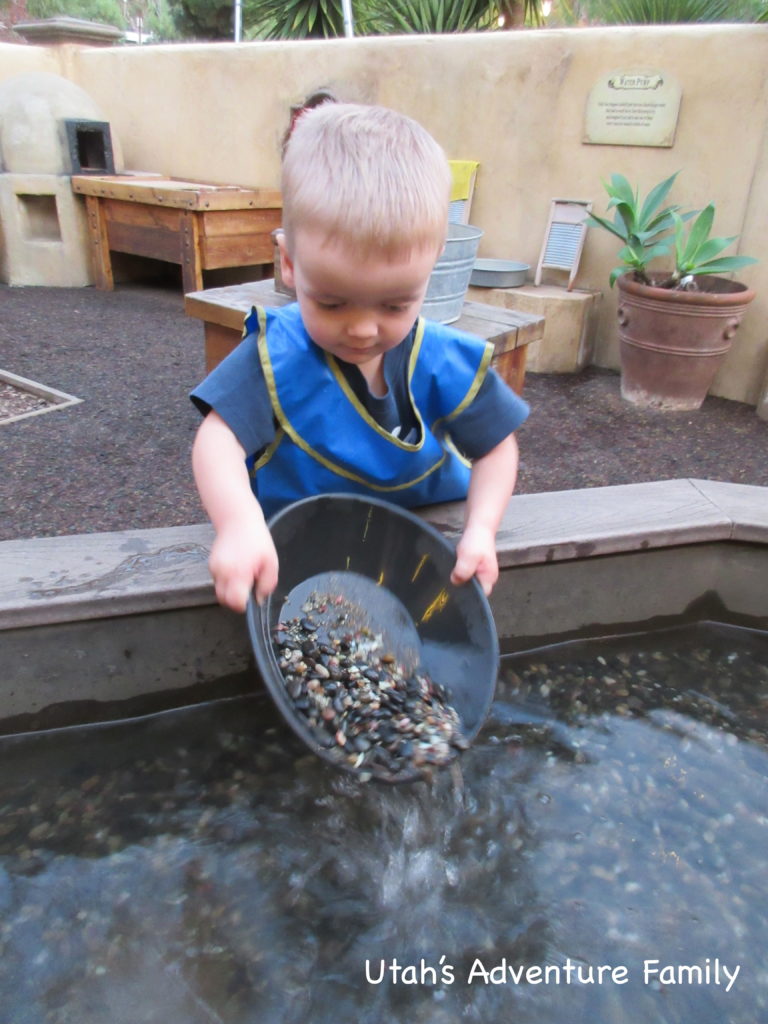 The best part was panning for gold. The boys were allowed to keep two gold nuggets each. 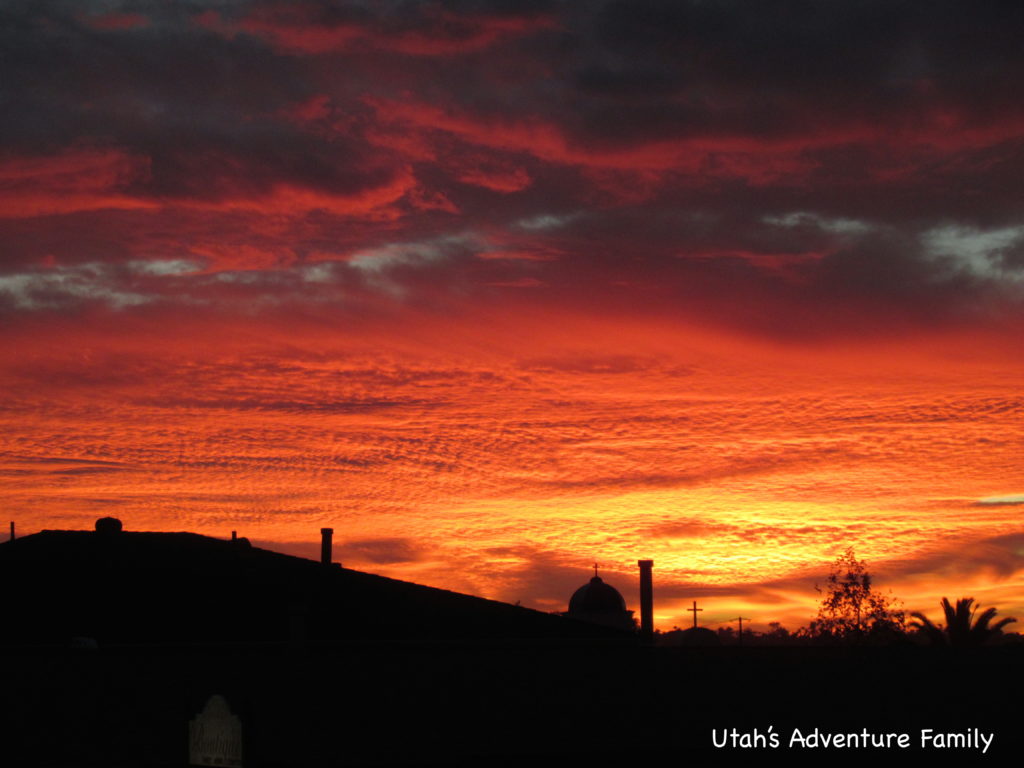 It was beautiful on top at sunset time. Make sure to walk down to Old Town if you have time (we didn’t).

This museum is absolutely free!

For other things to do if you make it to San Diego, check out our entries on Ruby’s on the Pier, The San Diego Zoo, and SeaWorld.