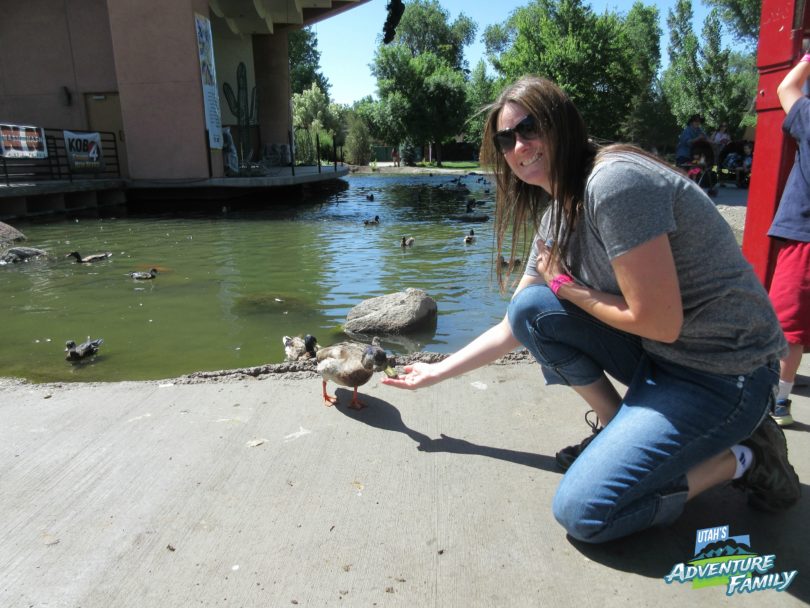 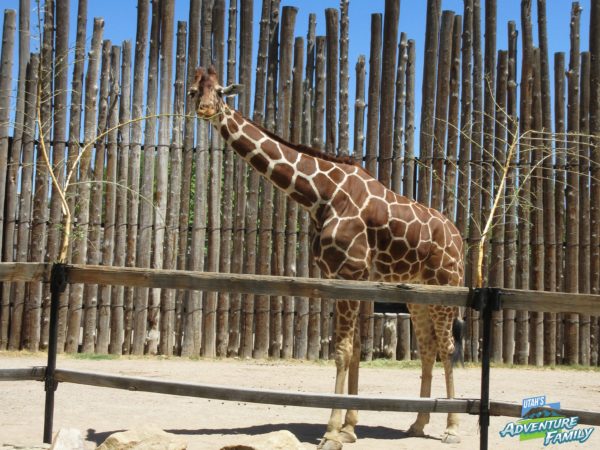 The Albuquerque Zoo is part of the ABQ Bio Park which has a great deal that includes admission to the zoo, the botanic garden, and the aquarium all for $20 (for non-New Mexico residents). We decided to check out the Albuquerque zoo on a recent road trip. We also visited the Aquarium and the Botanic Gardens by riding the train between the two different locations.

The zoo is about the same size of Utah’s Hogle Zoo, and if you’re a member of Hogle, you can get a discount in Albuquerque. There are some interesting animals, and you can see the zoo in about half a day. We enjoyed the koalas, because you don’t see them in many zoos. They were really active, too, and one was running back and forth across his cage. We were surprised how fast koalas can run!

Our boys were super excited about how many alligators and crocodiles there were at this zoo. 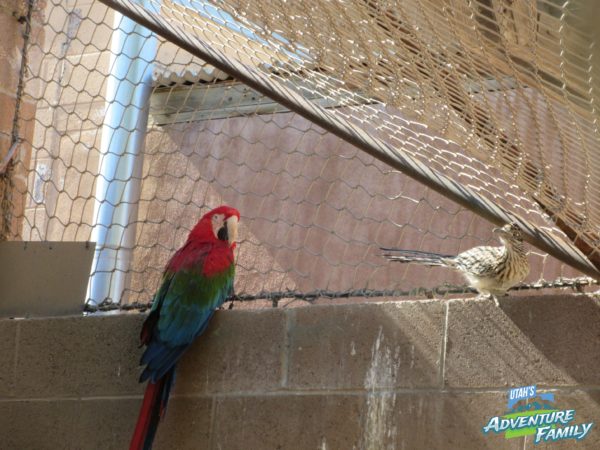 We laughed at this roadrunner who was stuck in the macaw enclosure. The macaws were not happy. 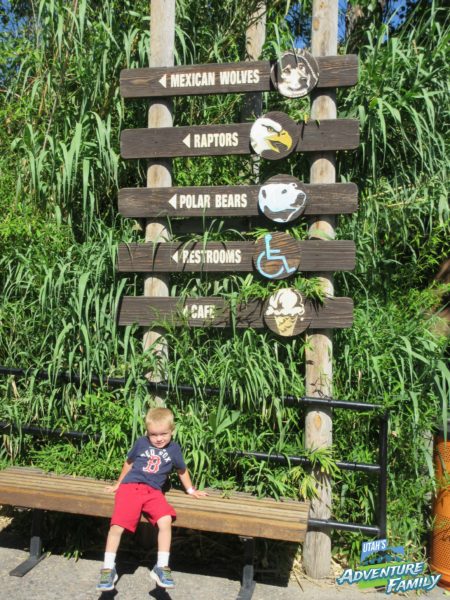 The zoo has signs to help you find your way which we appreciated. 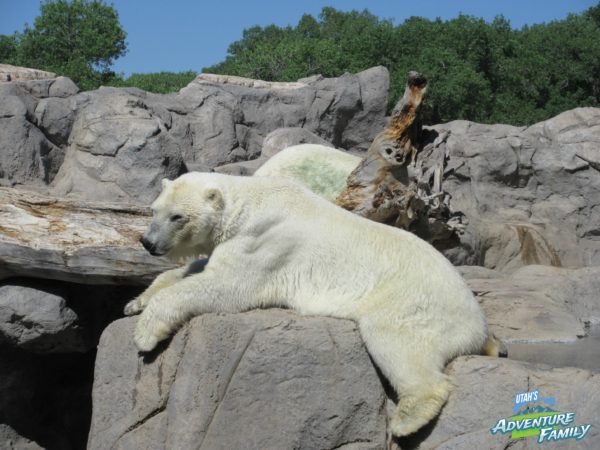 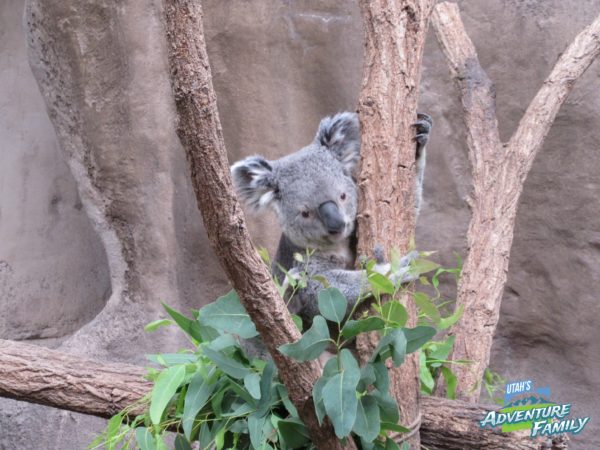 This koala was running all over the place. We had a lot of fun watching him or her.

The seals were another favorite. We arrived just in time for a feeding, and the seals were doing a few tricks to keep them active before they ate. The seal enclosure is one of the nicest portions of the zoo. There were two polar bears that can’t be very happy in the summer in the Albuquerque heat. We also enjoyed a narrated train ride that took you to parts of the zoo that cannot be seen except from the train. The carousel ride was nice, too, just like at our Hogle Zoo. 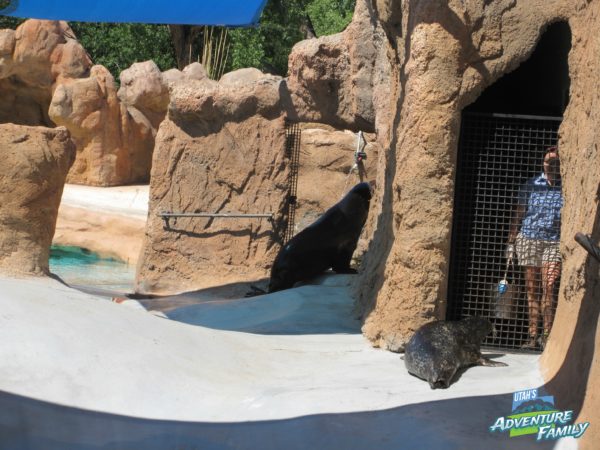 You can see the difference between a seal and a seal lion here. The sea lion is in the back and he is huge! 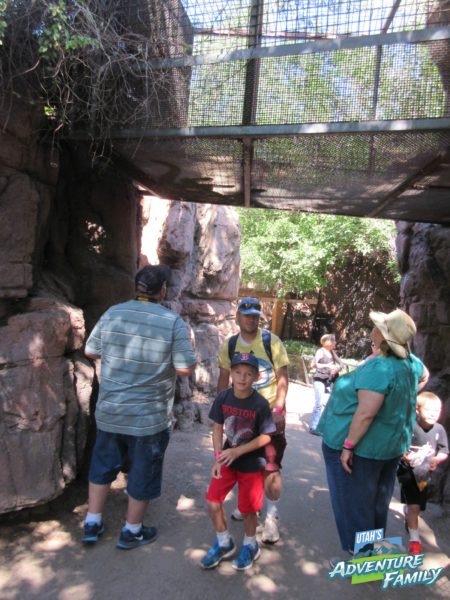 We walked right under the mountain lion. We thought that was pretty fun! 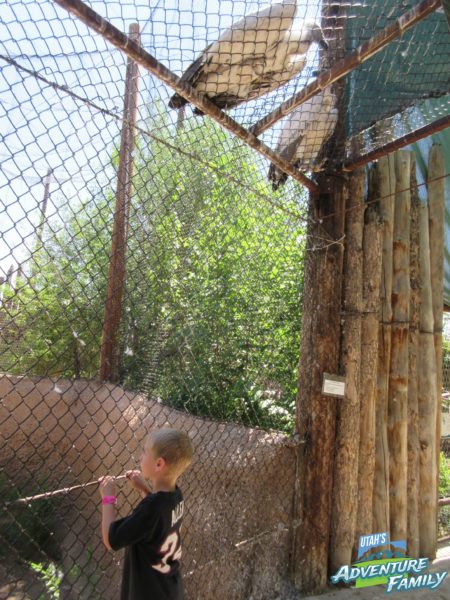 We weren’t as excited to walk under the vultures, especially if you saw the ground beneath them. 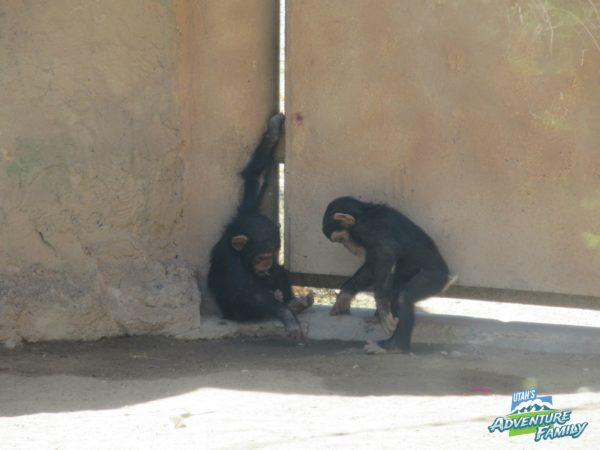 We thought these baby chimps were pretty adorable. 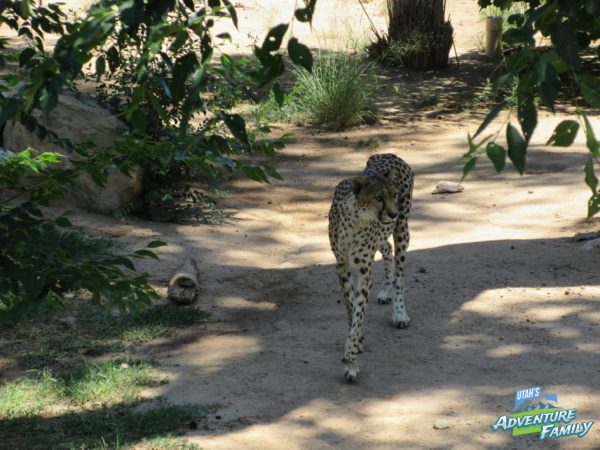 There were lots of different large cats, but we always like cheetahs. 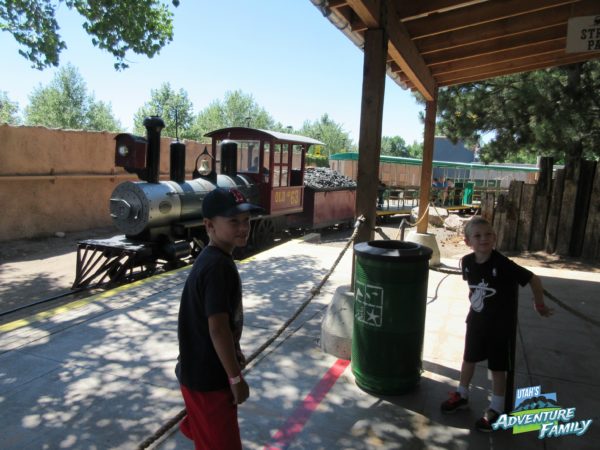 This is the small train that takes you on a tour of parts of the Albuquerque Zoo.

The last thing our boys really enjoyed at the Albuquerque Zoo was feeding the ducks. They will come up and eat right out of your hand as they are walking free in the park right around the amphitheater area. Make sure to bring a quarter to buy food when you come! 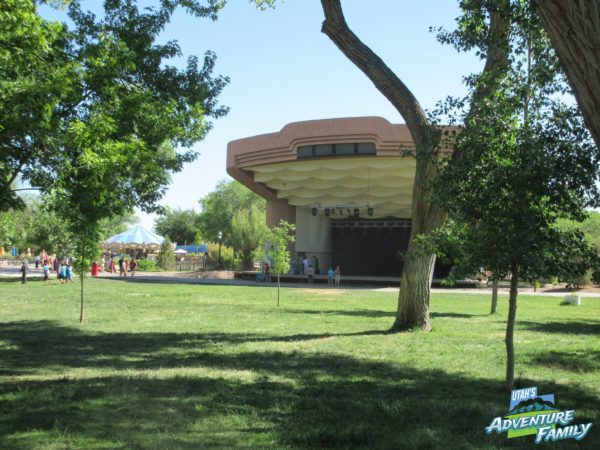 This huge amphitheater hosts concerts and other events at the zoo. 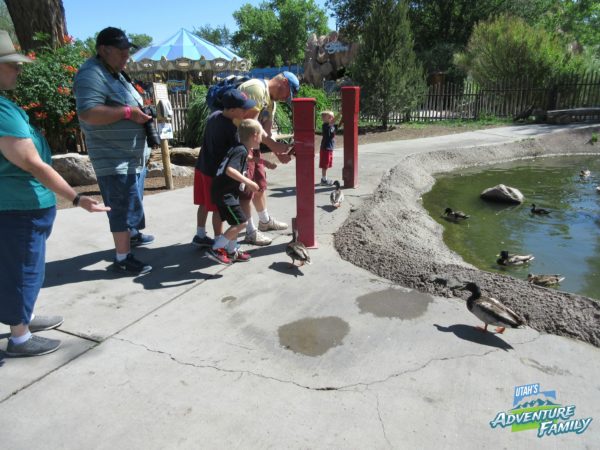 Bring a few quarters for duck food. Your kids will be in heaven. 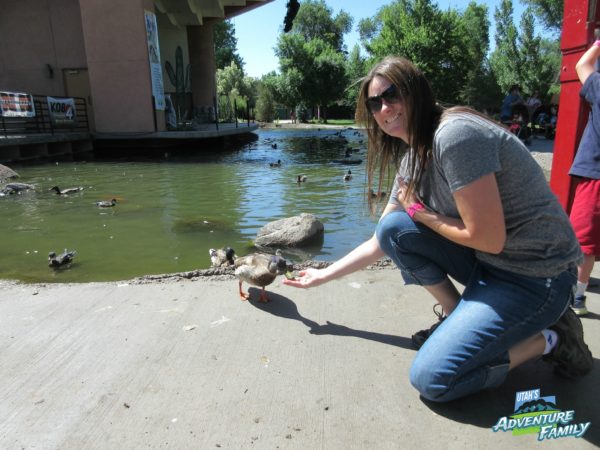 The ducks ate right out of our hands. We loved it, even Mom!

We love visiting zoos and the Albuquerque Zoo was a nice stop when we were in New Mexico.