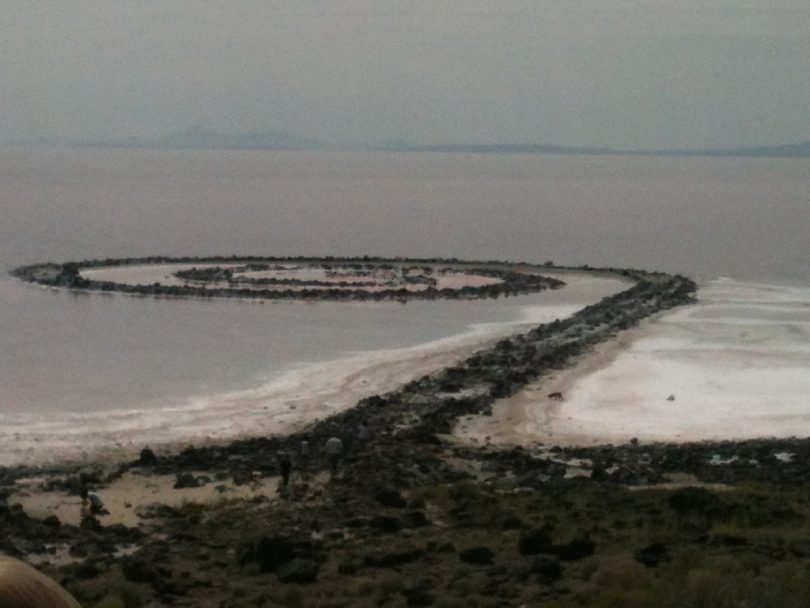 The Spiral Jetty is well off the beaten path, but it makes a great adventure if you combine it with Golden Spike National Historic Site and ATK Thiokol’s rocket display.

The jetty was built by artist Robert Smithson in 1970. There is even a short documentary film based on the jetty. Basically, Smithson used the volcanic rock, which is all over the place here, and built a structure of stones out into the Great Salt Lake. In the last 40 years, Spiral Jetty has appeared and disappeared due to the level of the lake. Since we’re in a dry stretch, the jetty can be easily seen and you can even walk out around the spiral to the end. If you check their website, there is a link telling you if the water is low enough to see the spiral jetty or not.

Salt has encrusted most of the rocks on the jetty, and there is a pink tinge to the entire project. The crusty salt covers everything, and it tastes, well, salty. One thing we found that was a bit surprising is that there were no bugs and no smell when we were there. (If you’ve been to Antelope Island, you know this isn’t always the case.) 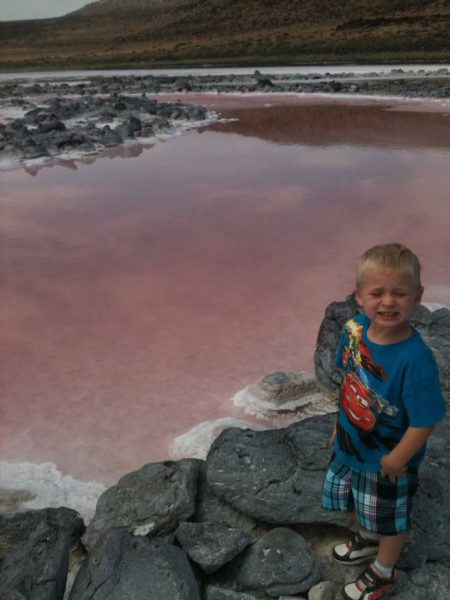 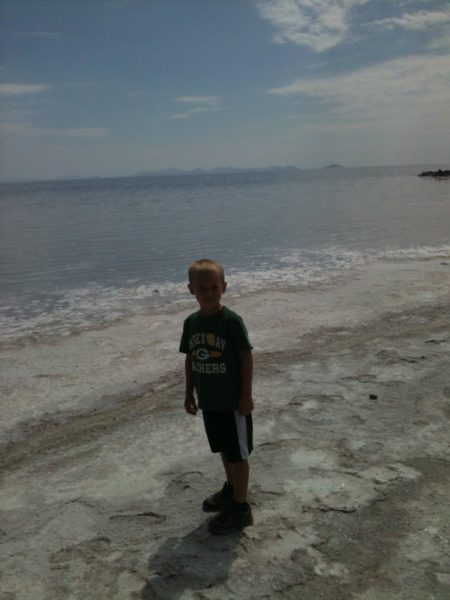 Spiral Jetty is beautiful, but it isn’t that big. An agile hiker can easily climb down to the edge of the water. Due to the level of the lake, you see a nice thick layer of salt stretching out to the water. You are welcome to walk on the jetty, but please remember that it is a piece of art and treat it as such.

To get to Spiral Jetty, take Exit 365 west through Corinne. Follow the signs to Golden Spike National Historic Site and continue past the Visitor’s Center. It is 16 miles on a nice gravel road to the jetty. Travel 5.5 miles down the road and take a left at the first junction. Travel another mile and it is right at the second junction. Continue to the end of the road. Please note that just before you reach Spiral Jetty there is an abandoned pier that you think might be the jetty but isn’t. It’s just a few blocks further to the parking lot. 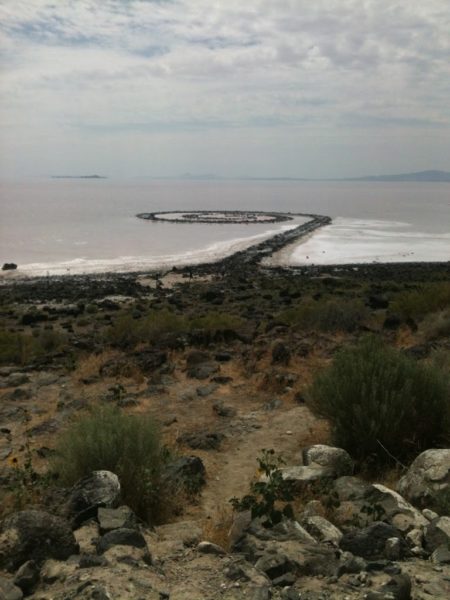 The Spiral Jetty is a classic Utah spot.