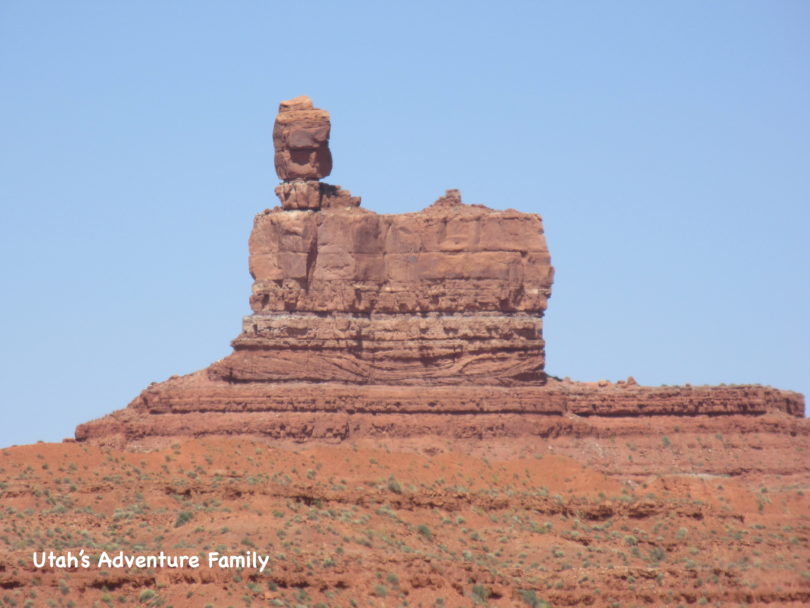 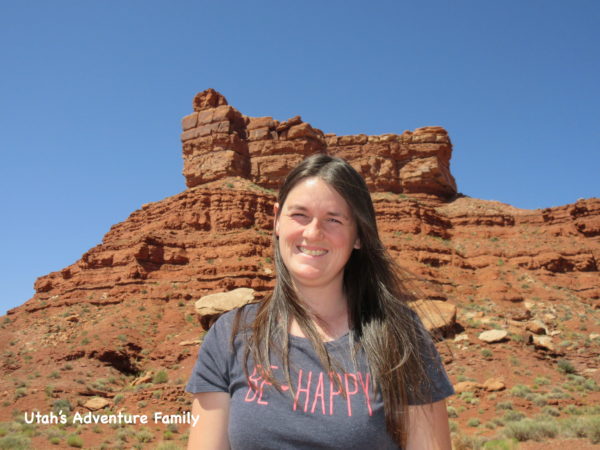 Valley of the Gods is a 17 mile drive through a redrock desert valley with huge rock formations. It is very similar to Monument Valley, but it takes much less time as it is shorter and closer to the town of Mexican Hat.

This drive features towering rock formations standing above the desert floor.We found a map here that helped us to know what to watch for as we drove, but even if you don’t have a map, you can enjoy the magnificent landscape. We drove this road from east to west as we arrived from Bluff and worked our way over toward Moki Dugway. 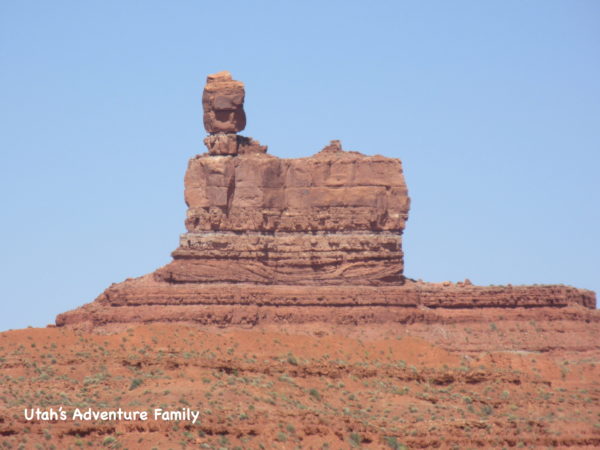 Lady in the Bathtub is a little graphic! 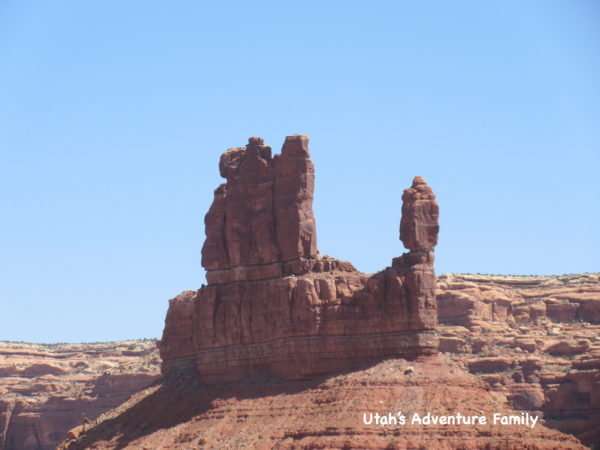 This wasn’t named, so we named it the Four-Fingered Hand.

Though the road is gravel, it is well maintained in good weather. The drive wasn’t too rough as we observed the scenery, but we had to go slow as the road was unexpectedly rocky at times. We had a lot of fun looking at the rocks and deciding if we thought it looked like the name it had been given on the map. Here are a few examples: 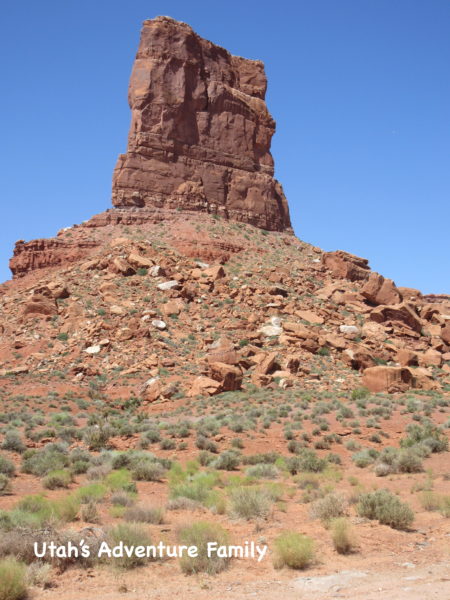 This is called the Castle. It is much bigger than it appears here. 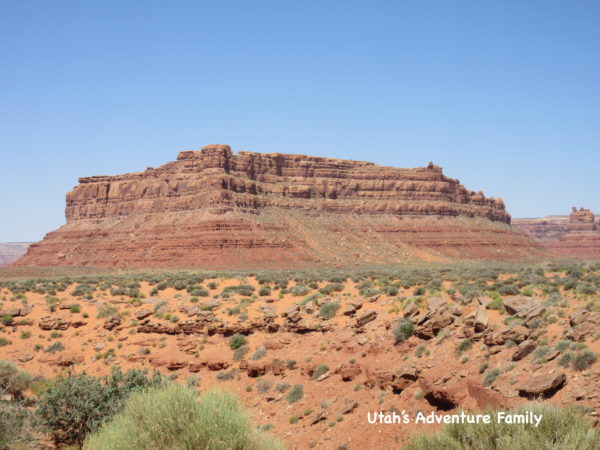 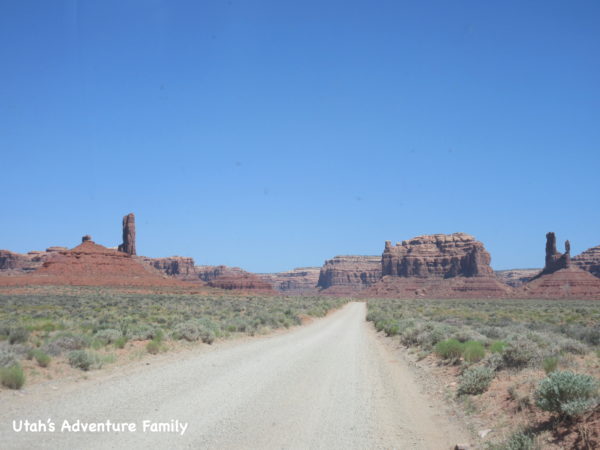 The road isn’t too bad in most places.