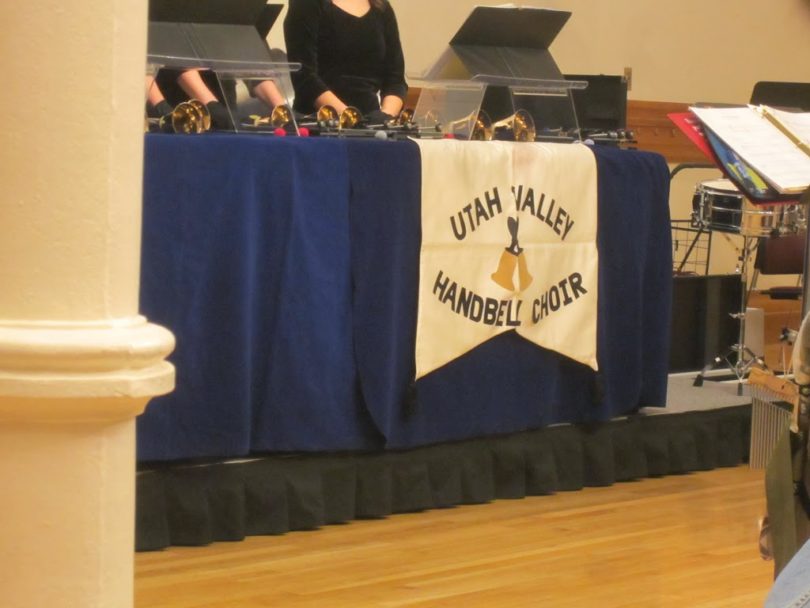 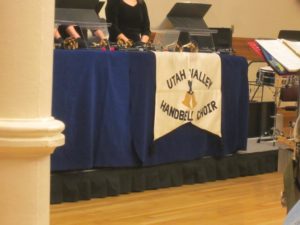 Tonight we went to a fun musical performance. The Utah Valley Handbell Ringers performed Christmas songs at the Provo Library. This group was put together 20 years ago and they perform throughout the year, but Christmas is their busy season. We were amazed at the different ways they played the bells, as well as the number of bells they had. Watch in the videos for the super huge bell– I thought it was so cool. They played Little Drummer Boy & We Three Kings, but our boys favorite song was “All I want for Christmas is my Two Front Teeth” because they love the Chipmunks version of that song. 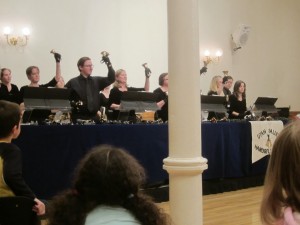 Our favorite part of the performance was when they let children from the audience come and play some bells. They had asked as we came in if our seven year old wanted to help. One of the requirements was that you had to read (our four-year old really wanted to play the bells, too, but wasn’t able). It was fun to watch him play along as we sang Christmas songs. He said it was the best!