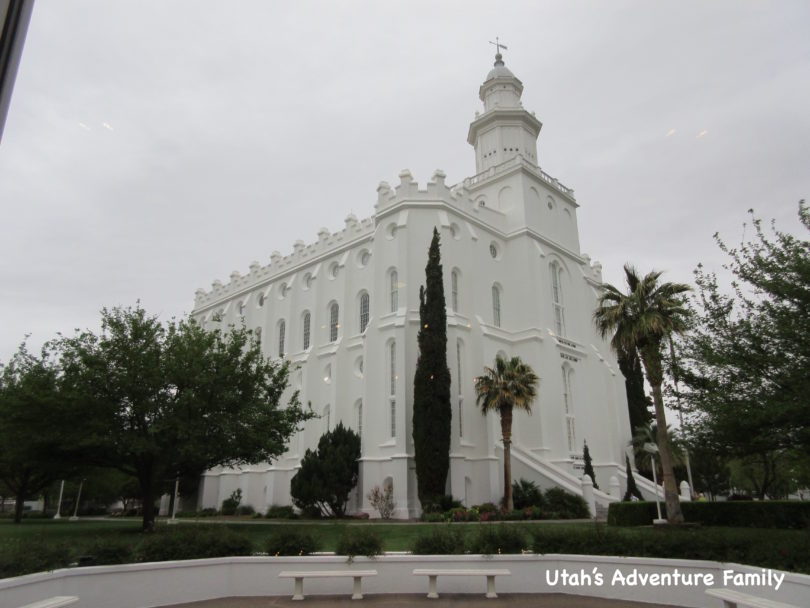 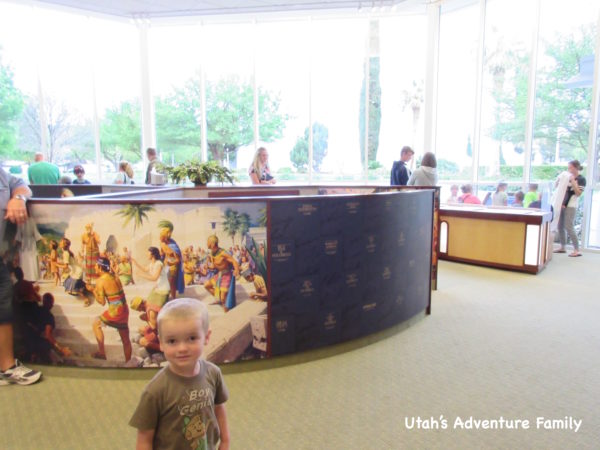 We stopped at the St. George Temple Visitor’s Center on a recent trip to St. George. Our boys were really excited to hear about one particular item that they’d learned about at Brigham Young’s Winter Home— the cannon.

How was a cannon used in the construction of the St. George Temple? That’s what we wanted to know, too. Well, the cannon was used to crush gravel into the ground to make a firmer footing for the foundation. 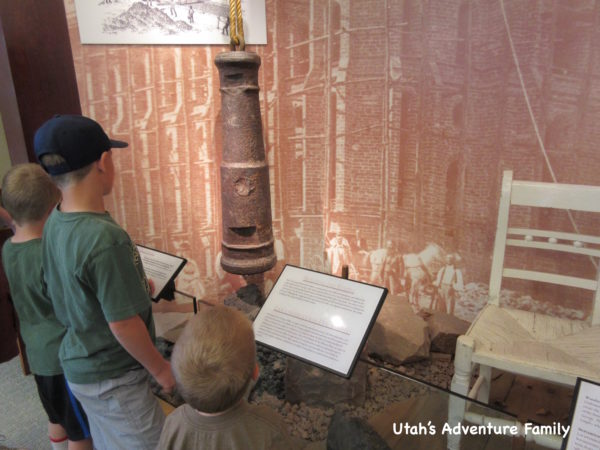 That is the original cannon used in the construction of the temple.

After the Saints in St. George began work on the Tabernacle, they were commanded to build a temple. For a time, they worked on both, but finally, they stopped work on the Tabernacle to focus on the Temple. The temple was completed and dedicated on April 6, 1877. Upon seeing it, Brigham Young complained about the short squatty tower, which he said needed to be taller and more elegant. However it was too late to do anything about it. This was the only temple President Young saw completed in his life as he died in August 1877. 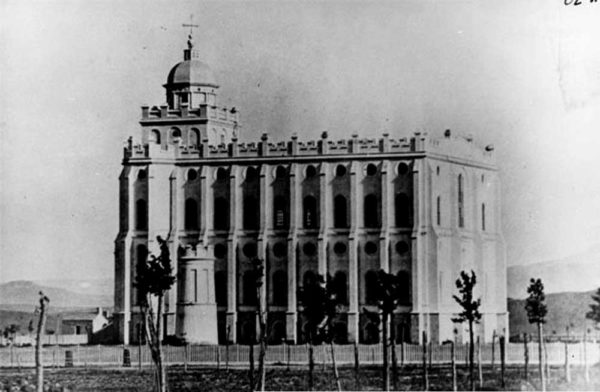 This was the temple with the short tower. Photo courtesy of http://www.george-and-ann-prior-jarvis.org/html_docs/st_george_temple_tower.html

Brigham did end up getting his way on the tower because shortly after his death, the spire was struck by lightning. The body of the Temple was undamaged, but the tower had to be entirely rebuilt to Young’s specifications, with the taller, more slender tower that he wanted. 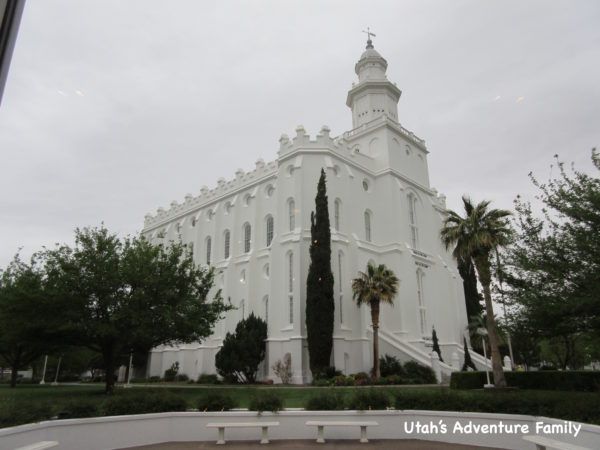 This is the temple with the taller tower. You can look at it through the Visitor’s Center windows.

At the Visitor’s Center, there are many interactive kiosks and a lot missionaries to talk to. Our boys liked digitally coloring temples and watching LDS commercials. There are 4 different movie theaters showing different films, as well as a place to learn more about missionaries. Our boys really enjoyed being able to manipulate all the different screens. 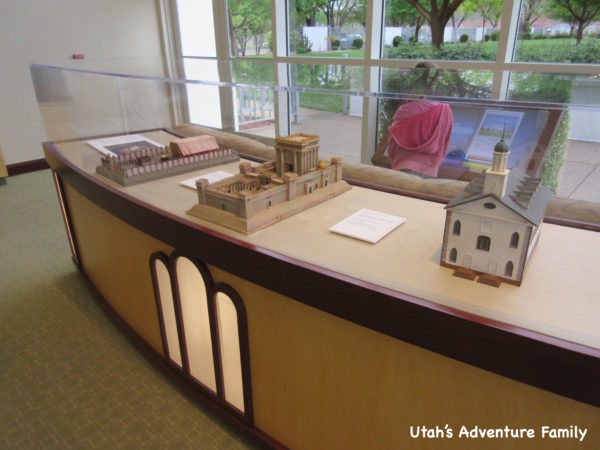 There is a lot of info about how the temple was built and what temples are used for today. 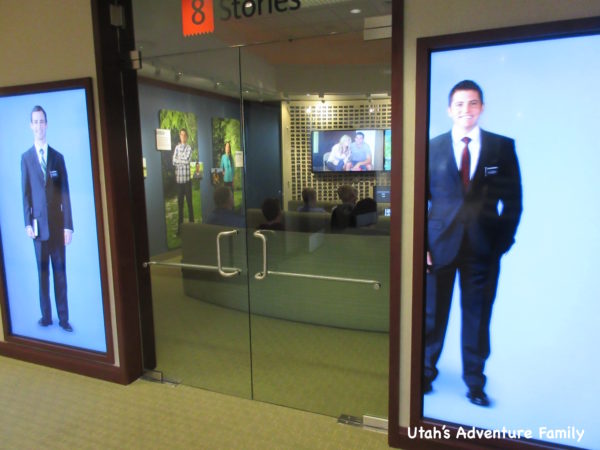 This is the room where you can learn more about missionaries serving today. 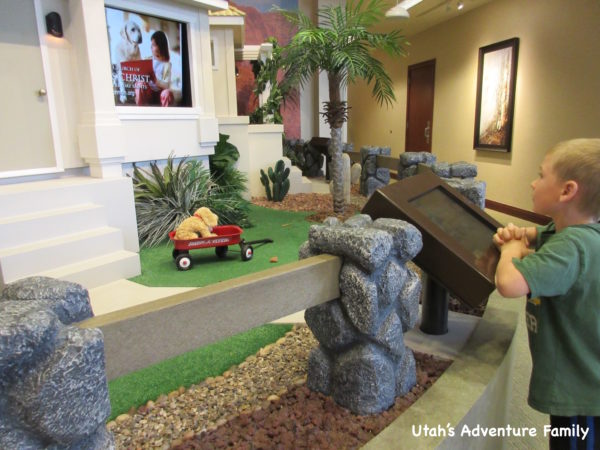 Our kids loved this spot–you can watch short commercials and videos about families. 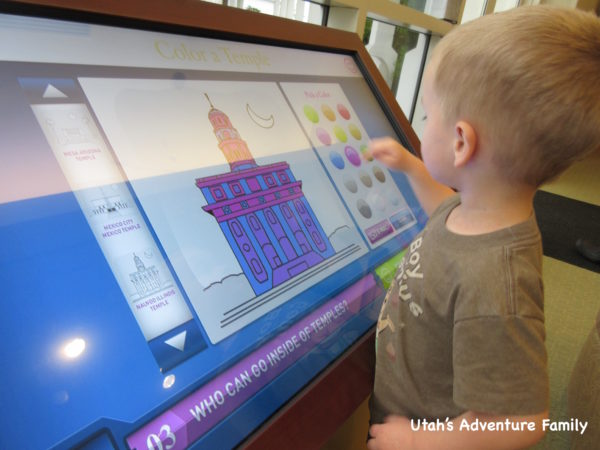 This was their favorite spot in the Visitor’s Center. This screen has a matching game, a quiz, as well as coloring activities. 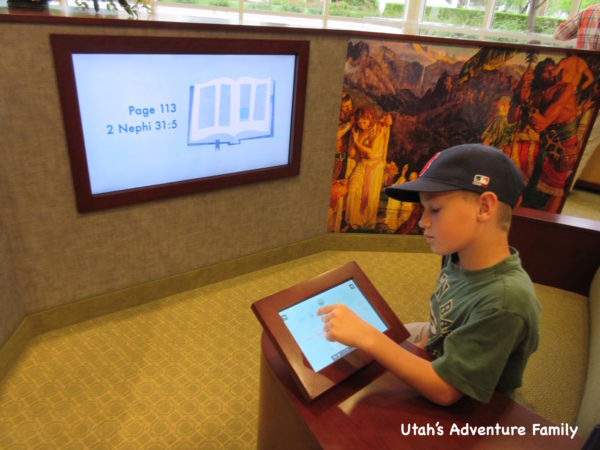 There were screens all over to manipulate and learn from.

We also enjoyed sitting near the Christus Statue and listening to stories from the missionaries. 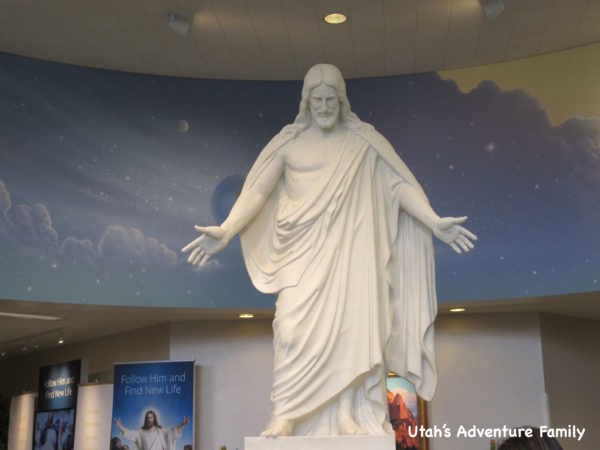 This statue is smaller than the one on Temple Square, but it’s very similar.

You can visit the St. George Temple Visitor’s Center any day from 9 am – 9 pm. It is located on the temple grounds at 250 E 400 S in St. George. This adventure is FREE!