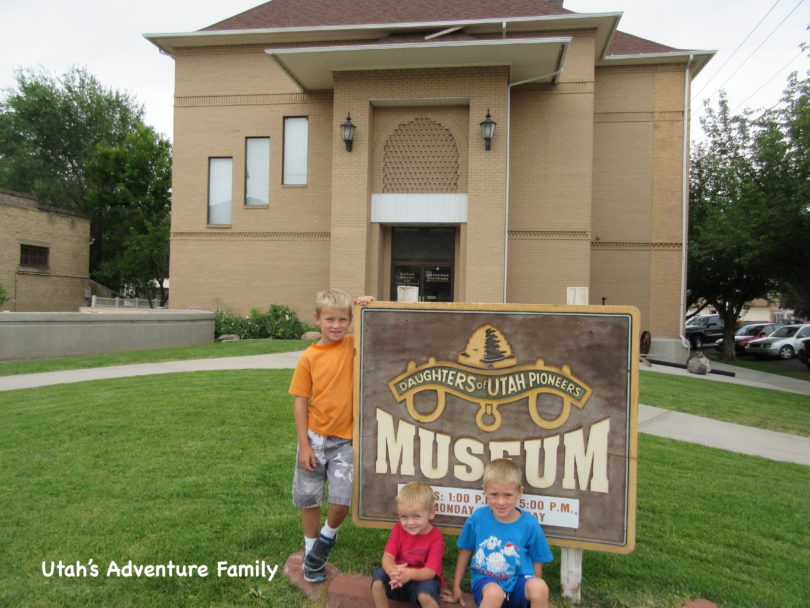 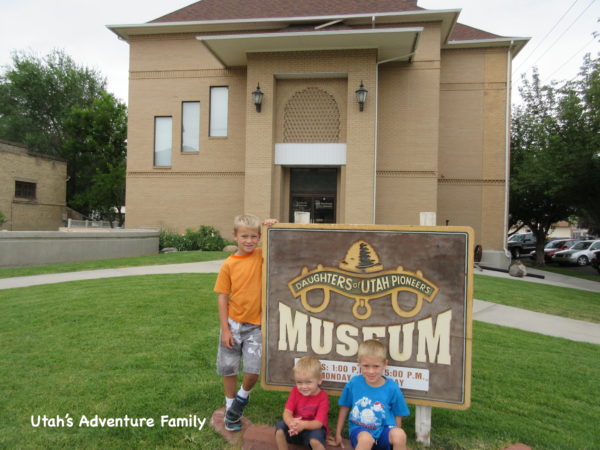 I have a lot of family from Nephi, Utah, and many of the pioneers that settled the place belong to me. So I’ve had the Nephi DUP Museum on my list for quite awhile. Last week we took the trip before school is back in session (the museum is open from 1-5 on weekdays and is free).

We’ve been to a lot of DUP museums including Salt Lake, Springville, Moab, Provo, and Tooele, and Nephi’s is among the best. We did see a lot of information about people from our family including two uncles who fought in WWII, my grandma, and 2 of my further distant ancestors. But the Nephi DUP has a great setup, too.

The majority of the museum is in the basement. First, you’ll walk through several rooms that represent a typical pioneer home from the late 1800s. Each room is filled with pioneer artifacts from that time period or earlier. Our boys love this kind of historical stuff– mostly because we’ve done so much of it. Further in the museum there are other artifacts as well, including a model of Fort Nephi (with labeled reconstructions of my 2 relatives homes). 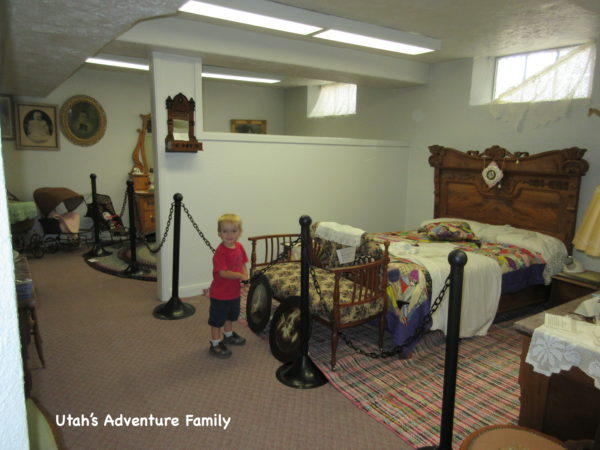 We loved how the set up was like you were visiting a pioneer home. 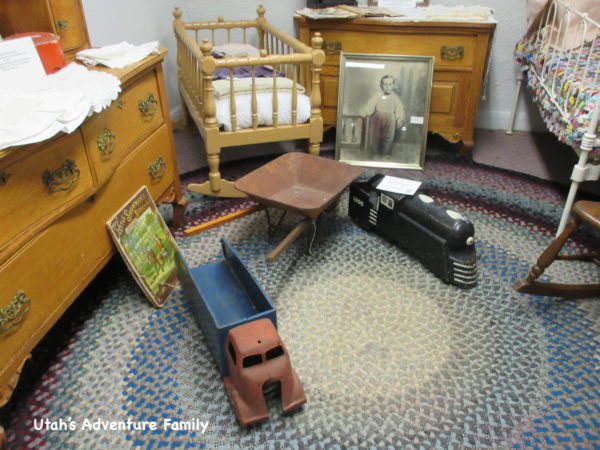 Our boys liked these old toys. 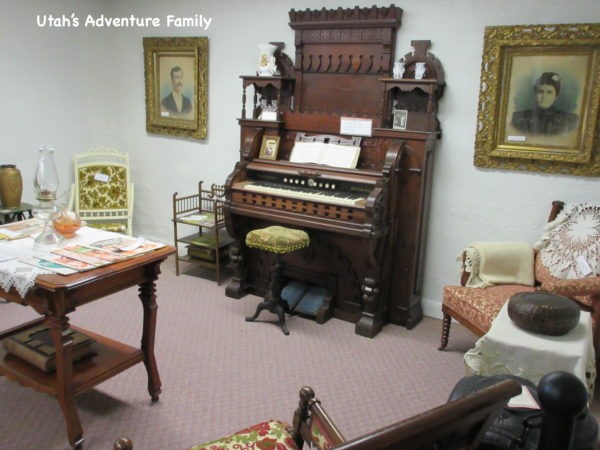 There are tons of pioneer artifacts. 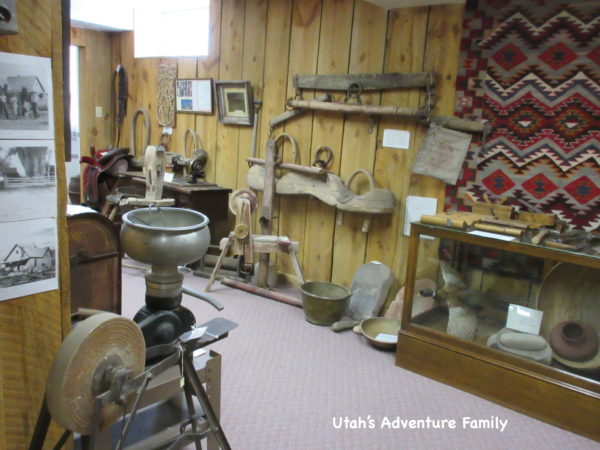 There are also tools and other items that fascinate our boys. 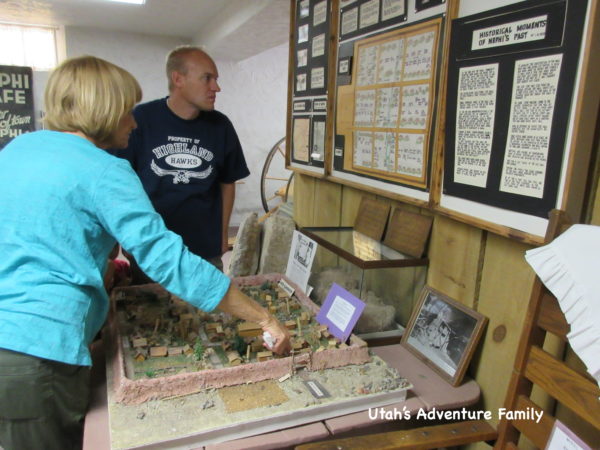 We found two of our family ancestors on this diagram of Old Nephi.

On the top floor of the museum, there are some more artifacts that detail many of the other areas in Juab County including Mammoth and Eureka. There is also a large memorial for those who’ve served in wars. 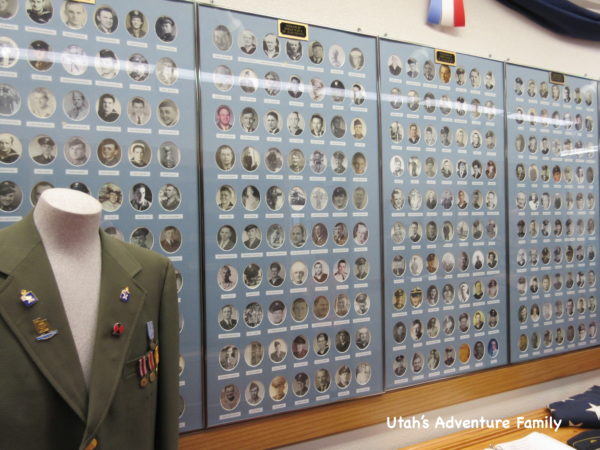 We had two uncles on this board of veterans who served in WWII. 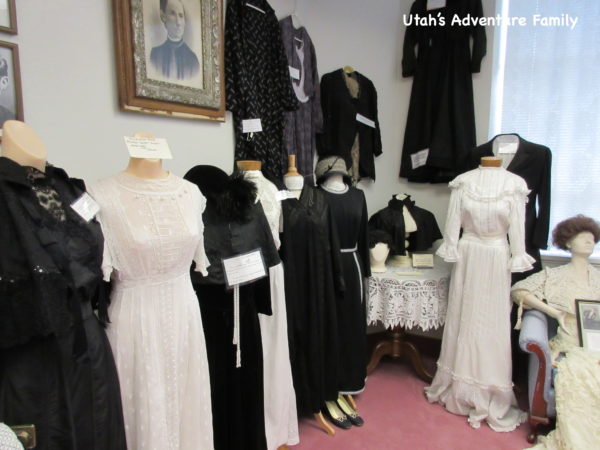 There is a room full of clothing. Some of the items have pictures of the pioneers in their clothes displayed. 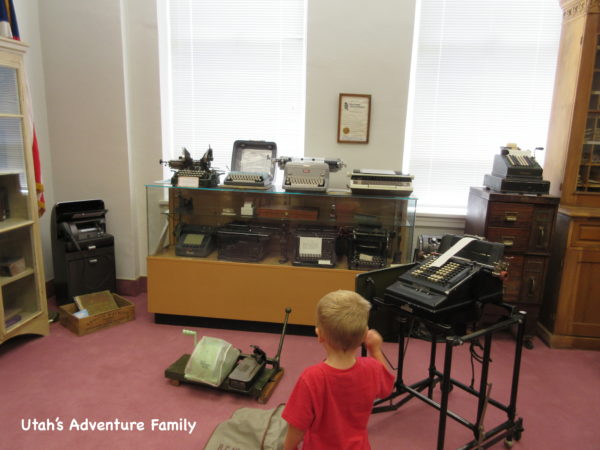 Our boys weren’t sure what to think about all the old typewriters.

The main floor of the museum has hundreds of pictures of Nephi in the old days including a picture of the hotel owned by my great-great-grandfather. 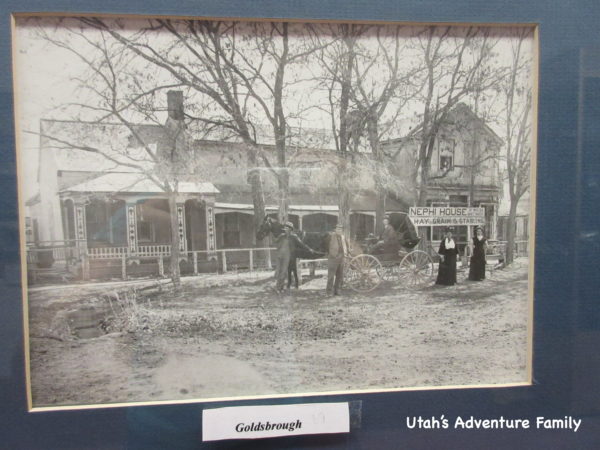 The old hotel in Nephi that was run by our great grandparents.

Maybe the coolest part of the Nephi DUP is the old jail out behind the museum. We were given a key and went to check it out. It is a 2-story jail with several cells on each floor. It gives you a great idea of what time in jail would’ve been like. There are lots of bars and stone, and not much else. (Luckily there was no sign of the family out there!) 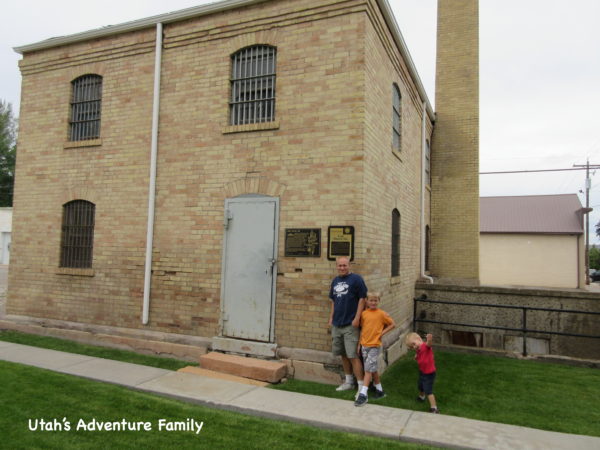 The jail is a separate building from the DUP, but they will open it for you. 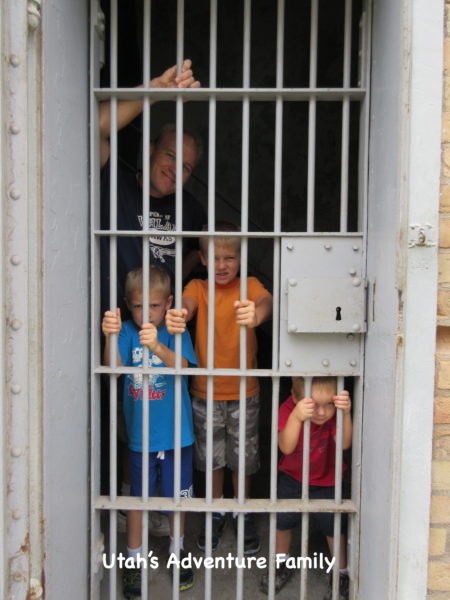 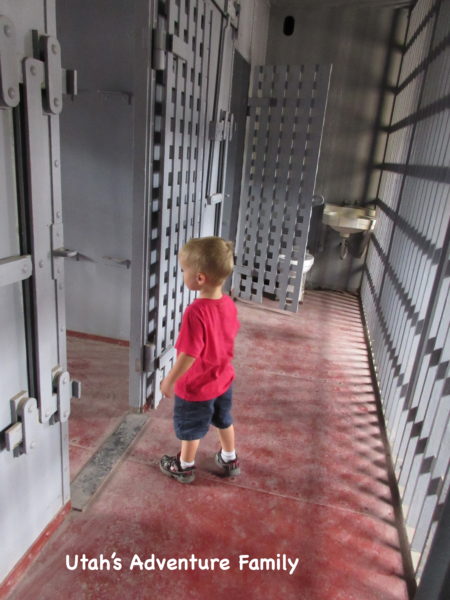 You can walk through the cells and teach your children all the reasons they would never want to be in jail. 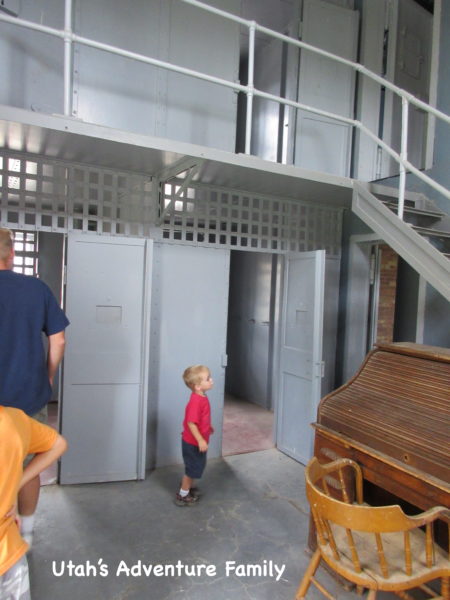 The jail is huge. There are two stories with lots of rooms.

If you pass through Nephi, this museum, located on the corner of Center Street and Main Street is well worth the stop.