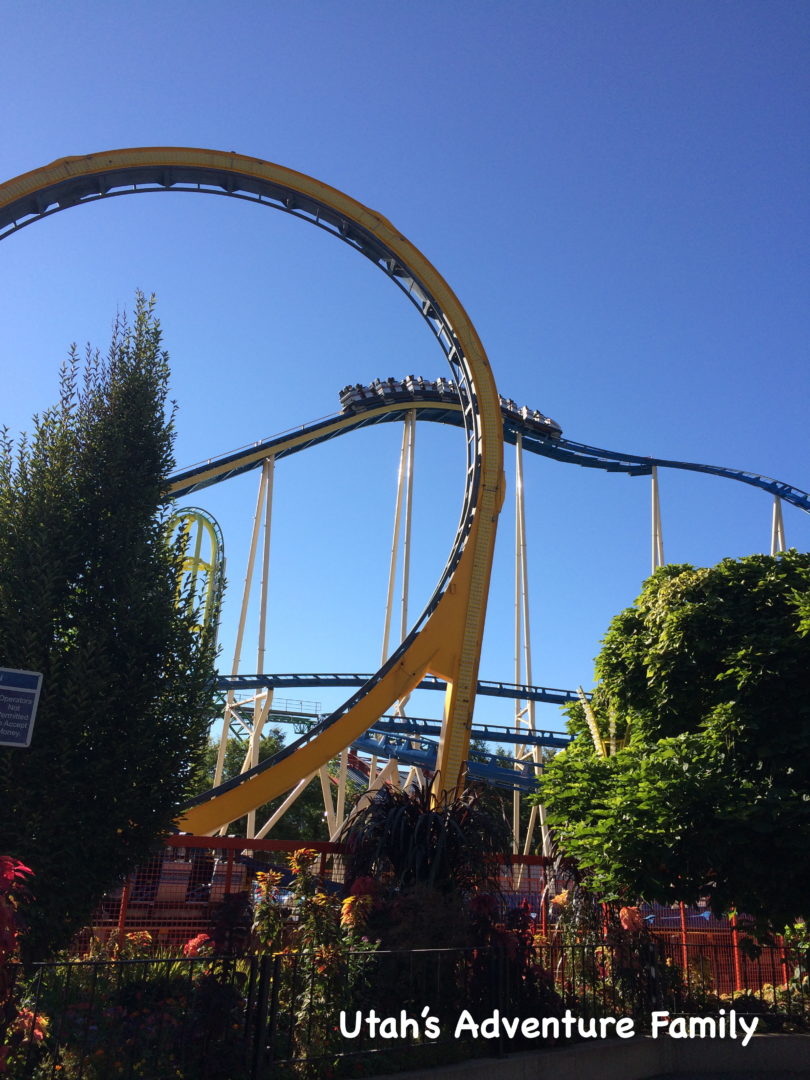 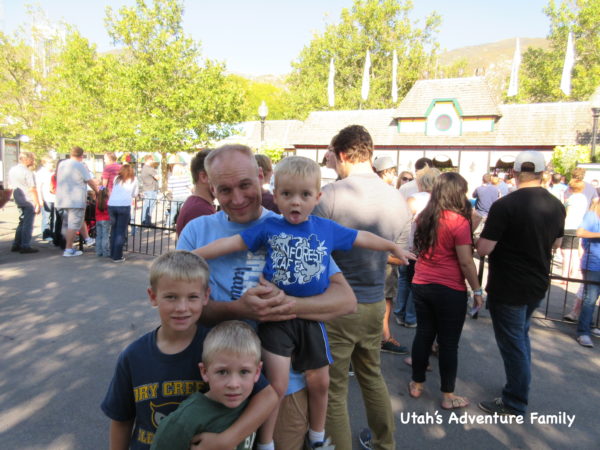 We are so excited to go to Lagoon!!

We’ve been avoiding Lagoon while our kids are little because we didn’t think there was a lot they could do. But, we did make the trip this last week, and we were pleasantly surprised at how toddler friendly Lagoon has become.

Admittedly, we haven’t been to Lagoon for years, and in those years, the kiddie section has had a massive expansion. There are now probably at least 20 rides for the under 46″ crowd, and our 3 and 6 year-old were in heaven. In this section, located between the games section and the Tidal Wave there are 2 mini roller coasters, tons of boats, cars, airplanes, as well as mini versions of the rocket. We were stunned at how many rides there were for little ones, and we had to drag our children out after 5 hours in KiddieLand. Bonus: KiddieLand is very shady, which parents greatly appreciate while they watch their kids ride for hours on end. 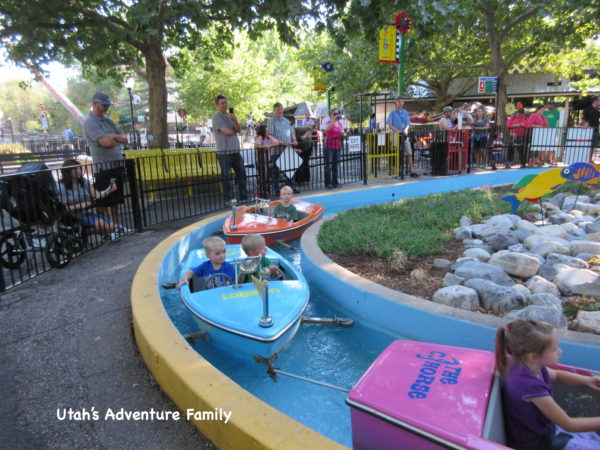 The boats are fun because they are on real water. 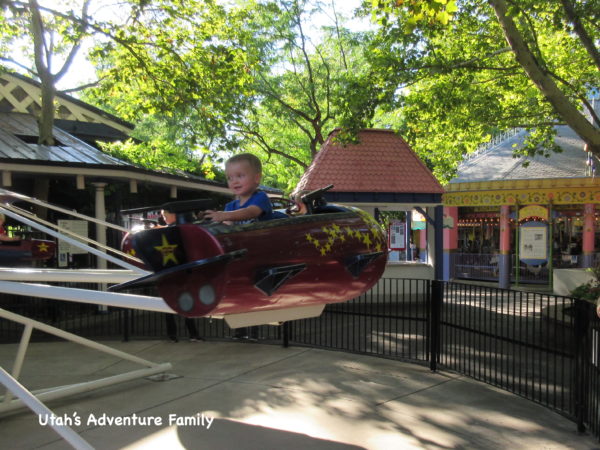 Our kids loved that you could shoot the guns on these rockets. 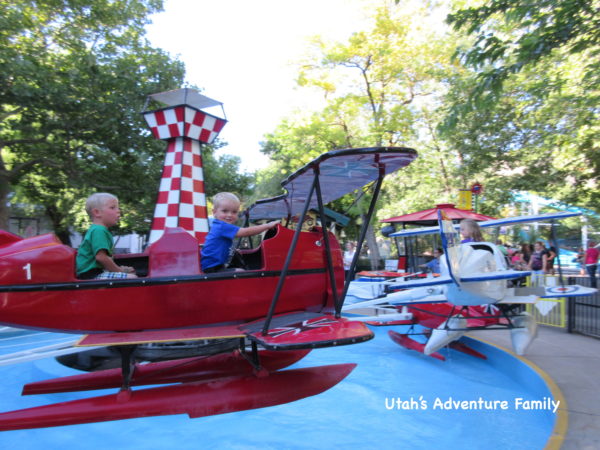 They were huge fans of the airplanes. 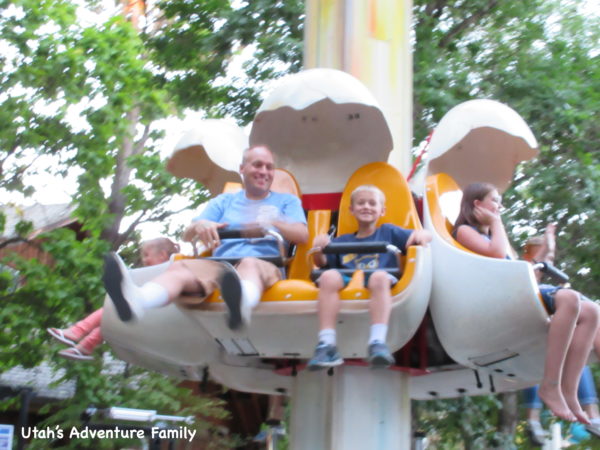 There are a few rides that taller people can ride in KiddieLand like this one and a small roller coaster.

Of course, our 9 year-old was having none of that. He wanted to do the big roller coasters with Mom and Dad. We started him on the old roller coaster that is nearly 100 years old. Then we moved to the Spider and the Wild Mouse. He did great with both, so we moved up. Wicked was on the top of his list, and it quickly became our favorite. None of us had ridden this ride before, and it is spectacular. We also did Collosus and then he wanted to try the new Cannibal. 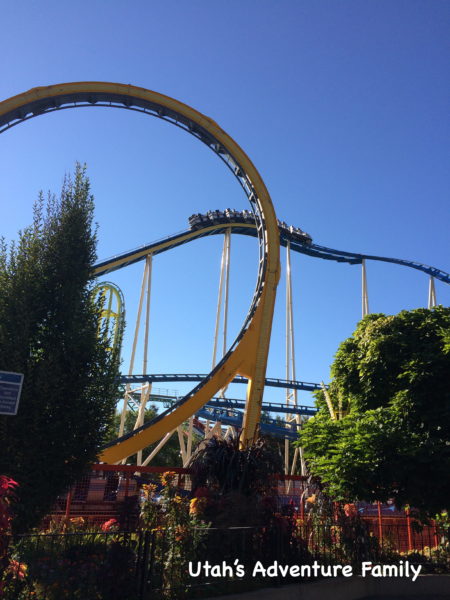 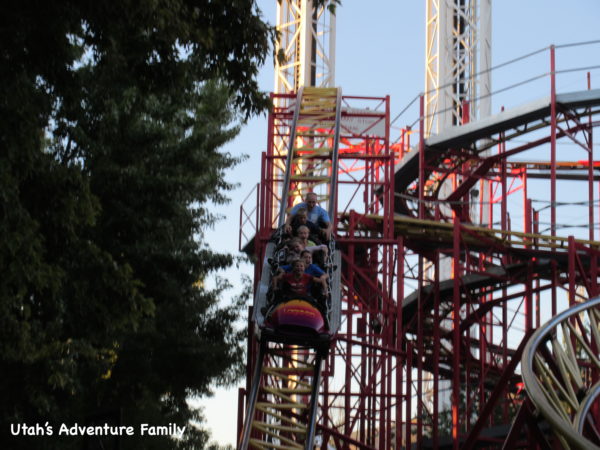 This is Jet Star…mom got whip lash on this one, but dad and son thought it was great! 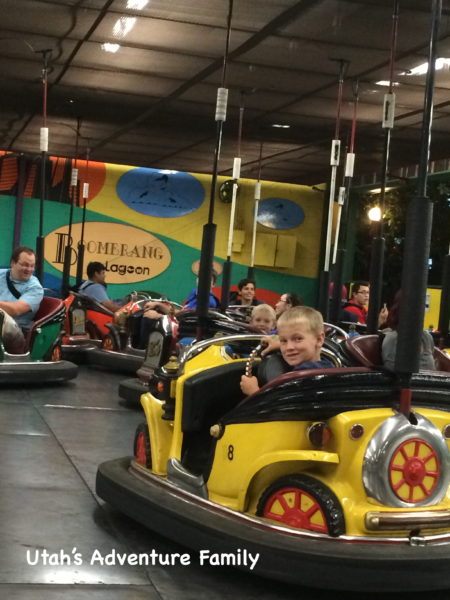 The bumper cars are 46 inches and up so our 9 and 6 year-old could drive!

The Cannibal has a unique design done for Lagoon, and it is really a different experience. You start by rolling into a tall tower and then you car starts to rise. It goes straight up several stories, tilting slightly to pass another car coming down. Then, you roll out onto the track and pause briefly to look straight down, as the track disappears. In fact, the car is twice as wide as the track, so if you’re on the outside, you feel like you’re hanging in the air anyway. From there, you have a more than vertical drop that really defies description. There are several big turns, and then the car slows. But the best part of the ride is still coming. There is what we descibed as a three-quarters corkscrew. A lot of roller coasters have a corkscrew, but this one takes you most of the way around before coming back on itself, leaving you upside down for a really long time. It’s like nothing you’ve ever done before. 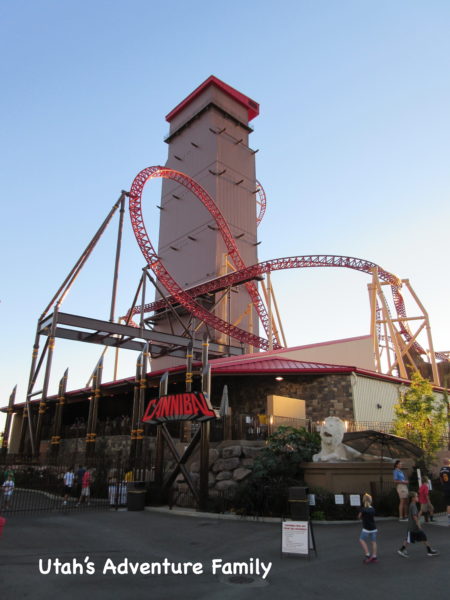 Cannibal is one of our favorite roller coasters ever! It’s intense and awesome all at the same time!

We loved Lagoon, and we were a little sad that we hesitated about going. There is so much to do and so many new changes since we’d been there. If you haven’t been to Lagoon for awhile, it might be time to go. 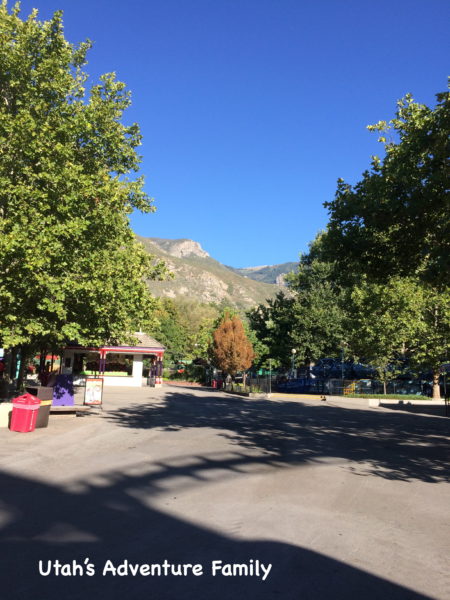 Lagoon sits right by the mountains, so there is still some great scenery even at a big theme park.

Lagoon lets you bring in your own food and drink which makes going to Lagoon very family friendly. We took in lots of snacks and water and the kids were very happy. There are plenty of concession stands throughout the park if you’d like to buy something to eat, but you can also get a stamp and go eat somewhere, and then return later. The big roller coasters even have free lockers (for 30 minutes) that you can put a backpack in while you ride.

Children that are small (2 and under) don’t need to pay the entrance fee for Lagoon. If you want to take your infant on the train or another small ride you can purchase tickets (2/$1) for them. Each ride in KiddieLand has a certain number of tickets listed. Make sure you purchase those tickets when you come in at the gate, otherwise you’ll be heading back there when you realize your one year-old wants to ride the train.