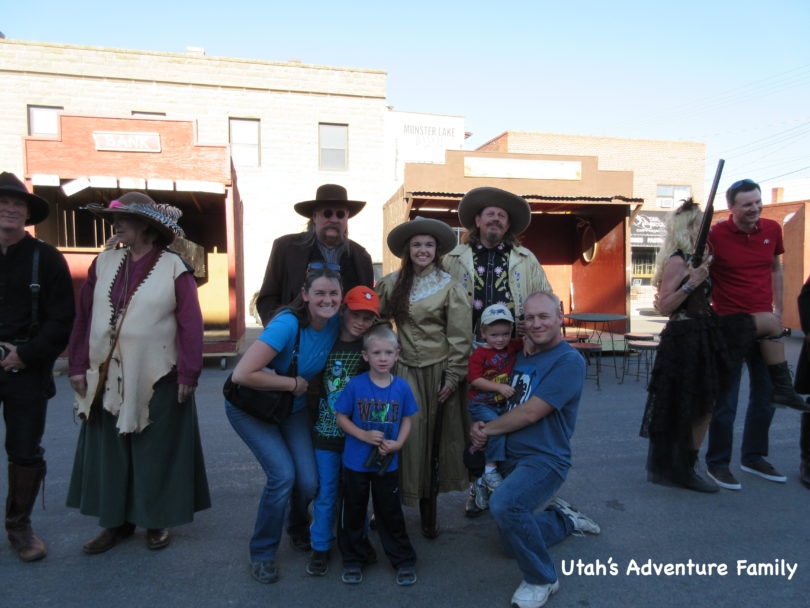 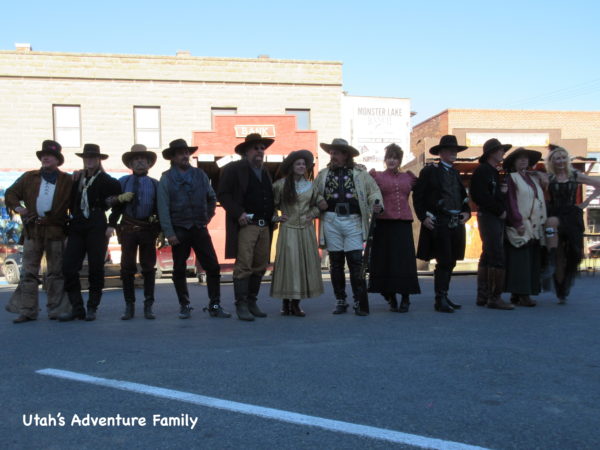 The cast of the Cody Gunfighter Show

The Cody Gunfighters Show is a free not-for-profit event that takes place in downtown Cody, Wyoming. The show started 20 years ago and has become a tradition that runs every night from Memorial Day to Labor Day.

The gunfight takes place just outside the famous Irma Hotel. This downtown landmark was run by Buffalo Bill Cody and named after his daughter Irma. The hotel is a major supporter of the gunfight. The show starts right at 6pm, but if you arrive after 5:45, you’ll have a tough time finding a seat. (There are a few seats for rent, with proceeds going to charity.) 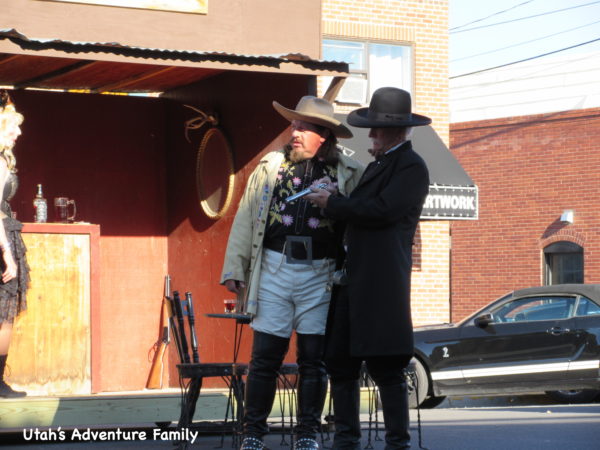 Doc Holliday (in black) pretty much rules the town in this show! 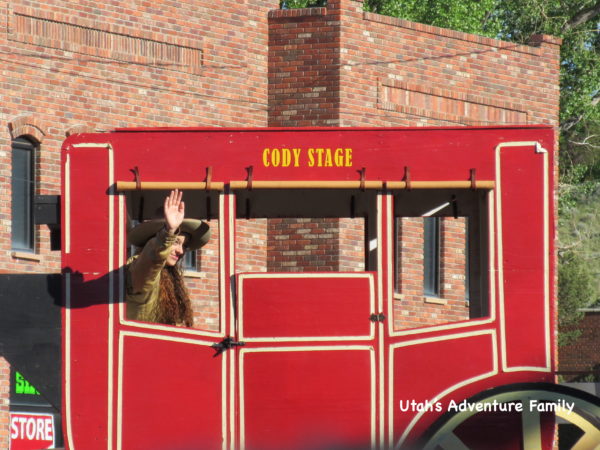 We were big fans of Annie Oakley!

Take a seat right on the curb, on the side of the hotel. If you have little ones, you may want to cover their ears, because the guns are super loud. Our 2 year-old was in tears after the first rifle shot, though he did calm down.

The show is about 20 minutes, and though it wasn’t particularly well written, the actors, which are volunteers, were fun and engaging. They even took photos with the crowd after the show.

Here are the rougher guys! You can Boo them! And if you look in the back you can see the sign for 12th street. They shut down this section of 12th street right off the main road for the show every night. 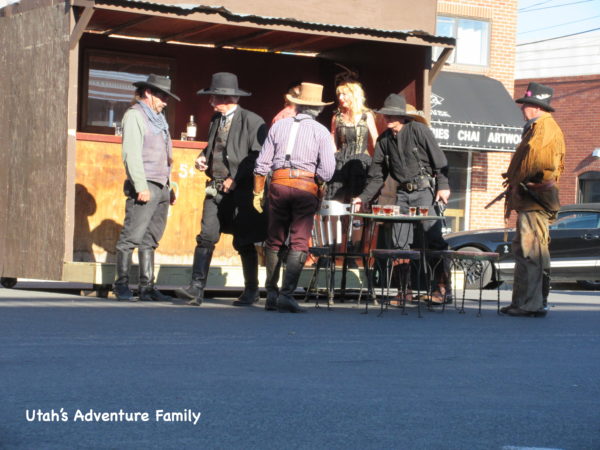 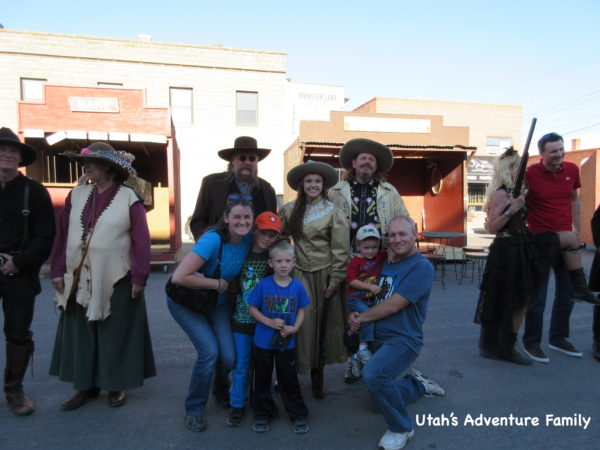 The performers let anyone take a picture with them after the show. We had a great time, other than the super loud gun shots!

If you are in Cody, stop by the Cody Gunfighter’s Show. You can check out other things to do in Cody with this link.