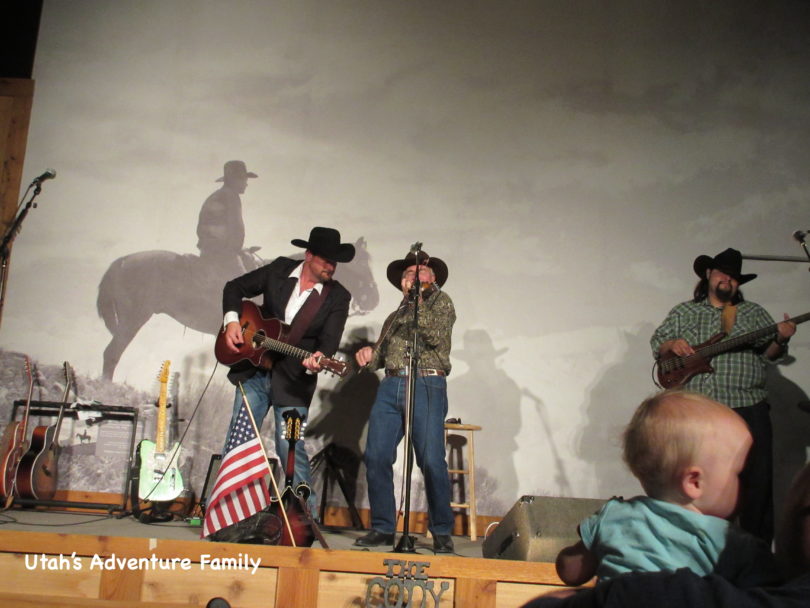 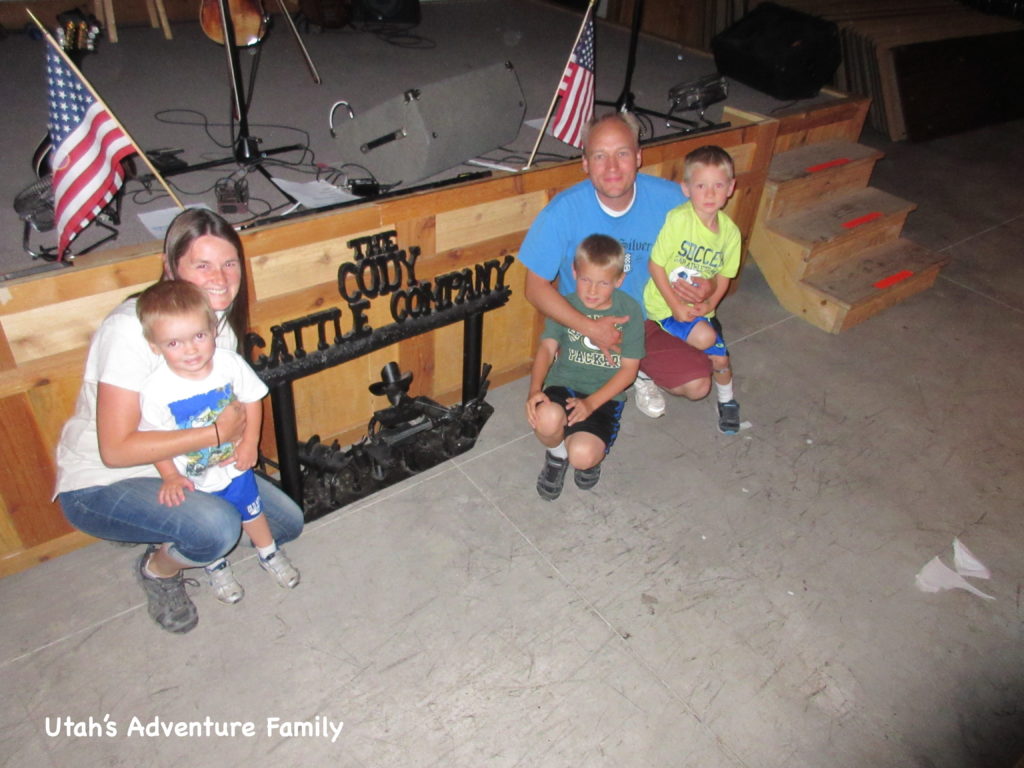 We go to Yellowstone every other year, and this time we decided to venture a little farther east to Cody, Wyoming. We spent two days in Cody, and we did a few fun activities there.

One night we decided to do a dinner show at the Cody Cattle Company. We’ve done other shows like this, and we always have fun. The show has three different aspects, and you can do the “Trifecta” and do all three if you want. The Trifecta includes dinner, the concert, and the rodeo later that night. Since we have our own rodeo to attend, we skipped that and did dinner and the show.

For dinner, they set you up in what looks like a barn on picnic tables. We were right down front because we got there early. Dinner consists of a salad, baked potato, pork and beans, cole slaw, barbeque chicken, beef brisket, applesauce, corn bread, and brownies. The beef brisket was really good, but it’s not necessarily the food that we went for. After dinner the band comes on to play. There are only 3 members: a guitarist/vocalist, and fiddler, and a base player. This lineup may change from year to year, but Ryan Martin, the guitarist seems to hold the fort down. He is a really amazing guitarist– I’ve never seen anything like it. Check out the video: 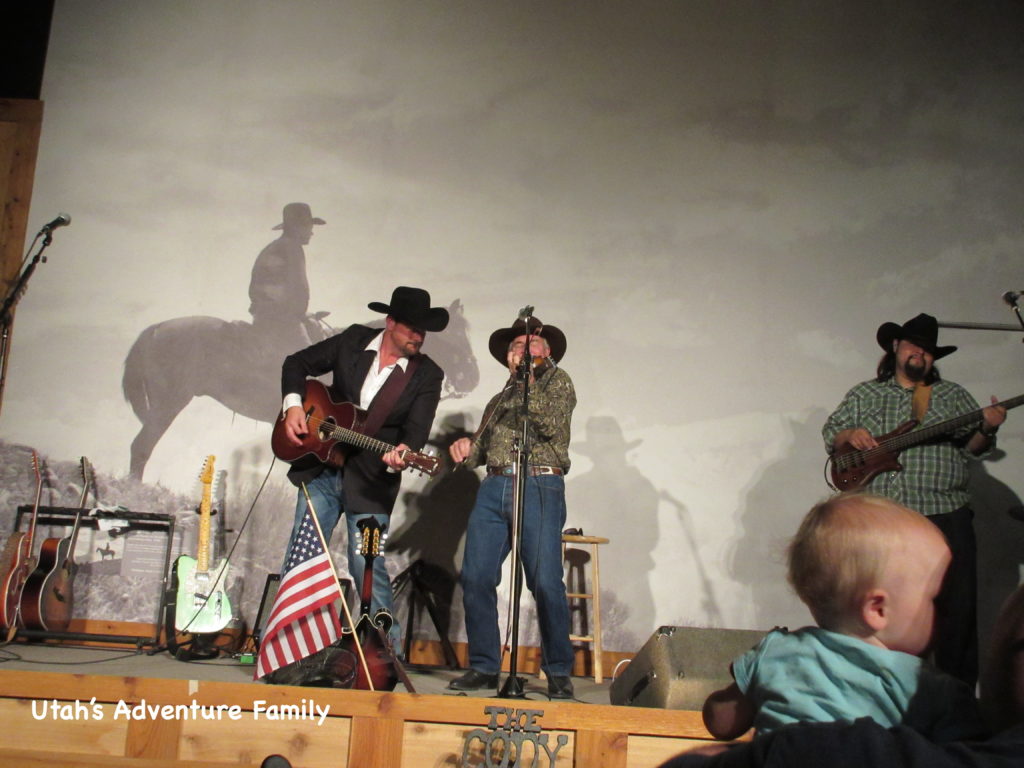 There are only 3 people performing but they were all fun and talented.

Our kids really liked the show, and the band played a really wide variety of tunes including: Ghost Riders in the Sky, The Devil Went Down to Georgia, My Little Runaway, La Bamba and bunch of other cowboy stuff. They even tinkered around with Sweet Home Alabama and Back in Black. The performers, especially Mr. Martin were really fun and approachable as seen in this picture he took with our family. 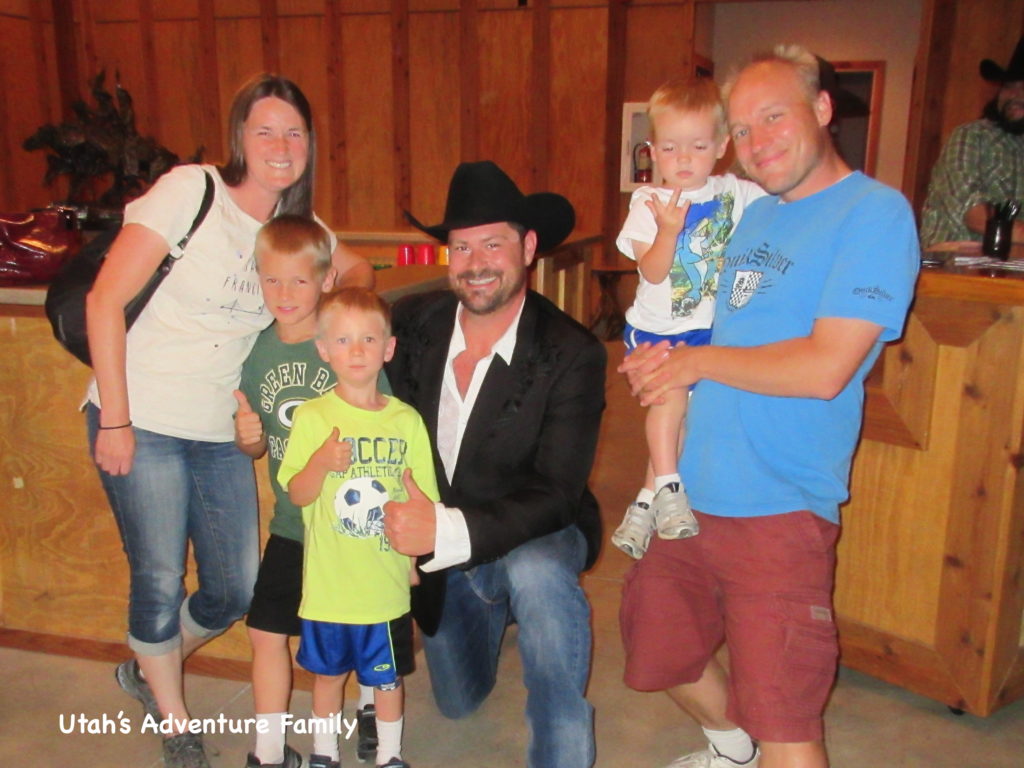 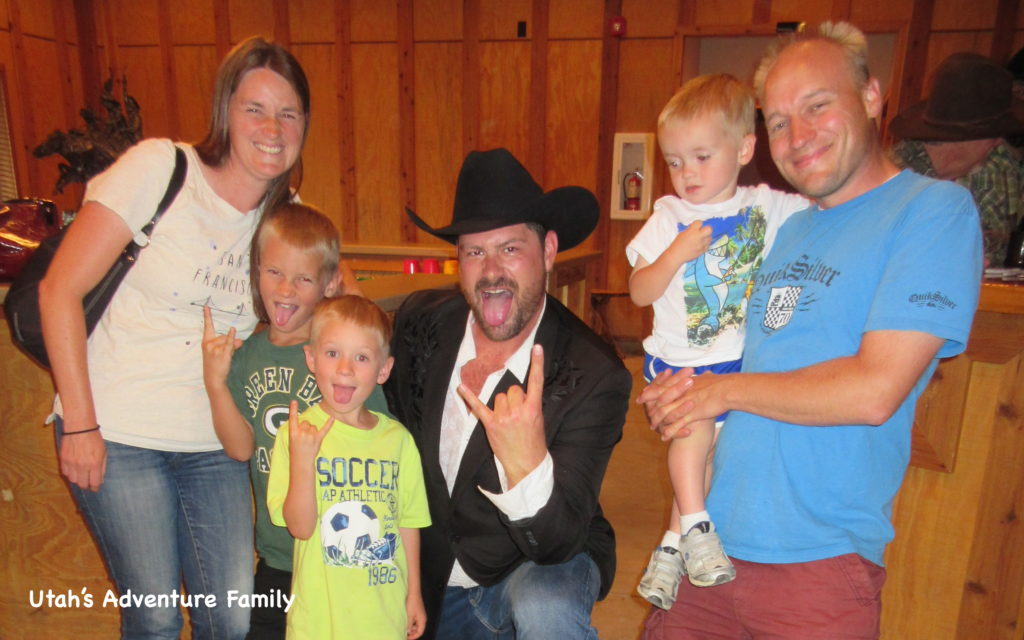