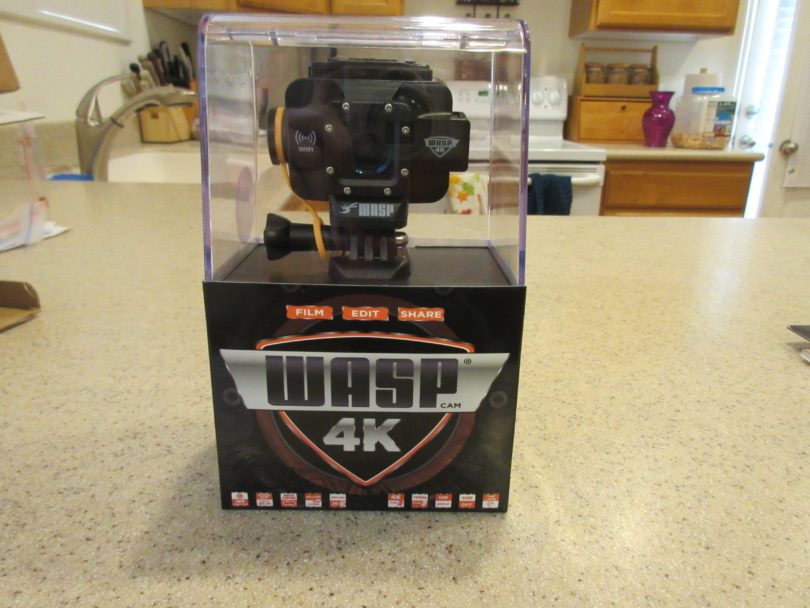 This is a sponsored post written by me on behalf of WASPcam™. All opinions are 100% mine. 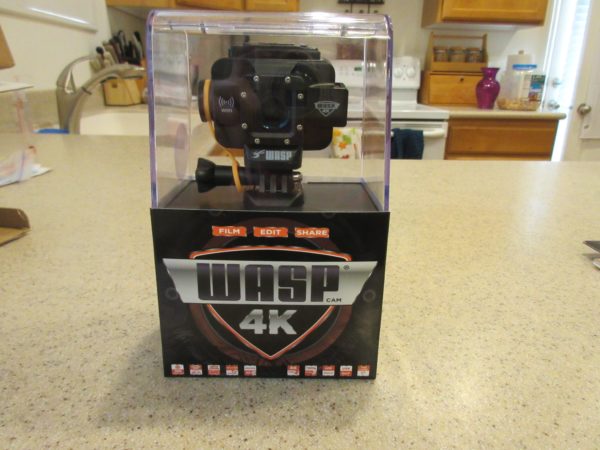 Recently we had the chance to try out a new camera called theWASPcam™ 9907 4K. This nifty little camera fits in the palm of your hand and can easily be attached to headgear or a tripod. The WASPcam™ takes both video and still photos, and you can actually do both at the same time. We took our WASPcam™ on a few adventures to test out all of the features. We are going to share our experiences, as well as our tips for using the WASPcam™. 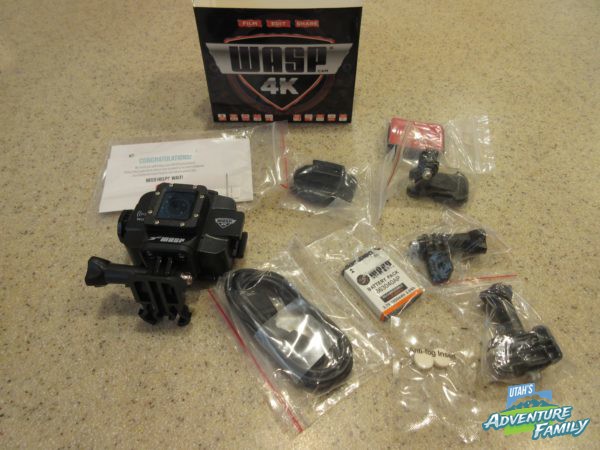 These are all the items that come with the camera.

Our first time using the WASPcam™ was up in the mountains on our annual Christmas tree adventure. This is one of our favorite outings because it includes sledding, hiking, and four-wheeling, and we wanted to test both the video and photo capabilities of the camera. Mom was excited that the WASPcam™ is waterproof so if it fell in the snow, it would be okay. It didn’t fall in the snow, but it did get a few nice sprays of snow on it from the sled, and it really was waterproof. The nice thing about this is that you don’t need a special case to keep the water out like the ones you have to buy with some of the other cameras we’ve used.

One of our favorite features of the WASPcam™ is that you can take photos at the same time as you shoot video. This is a feature we have only seen on cell phones, which don’t always snap the clearest photographs. With the WASPcam™, we could video our kids sledding as well as snap a great photo during the video. 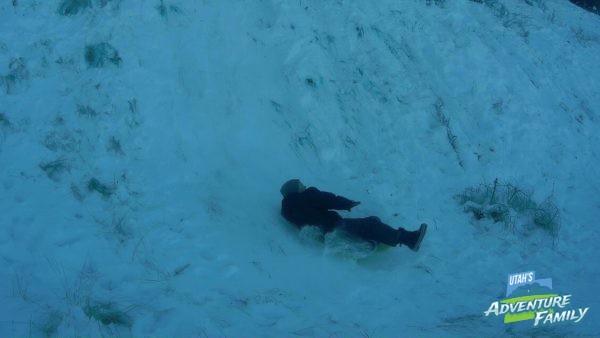 We took this picture while videoing our boys sledding. 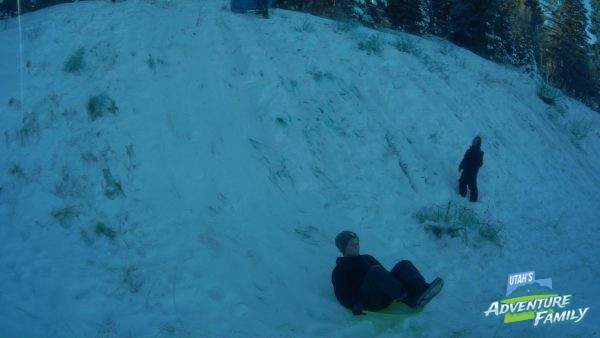 This is another picture taken while videoing.

We love that the WASPcam™ is super user-friendly. We would never label ourselves techies, and we were able to use this camera easily. The button controls are very simple, and they are labeled with an image to help you remember what each one is for. Perhaps the best feature of the WASPcam™ is the screen on the back that allows you to view your images and videos as you are taking them. Of course, you can review your videos immediately after on this screen, too. It’s also super-easy to change Modes quickly, and there are lots of fun settings to try such as night mode, motion detection, and loop recording. 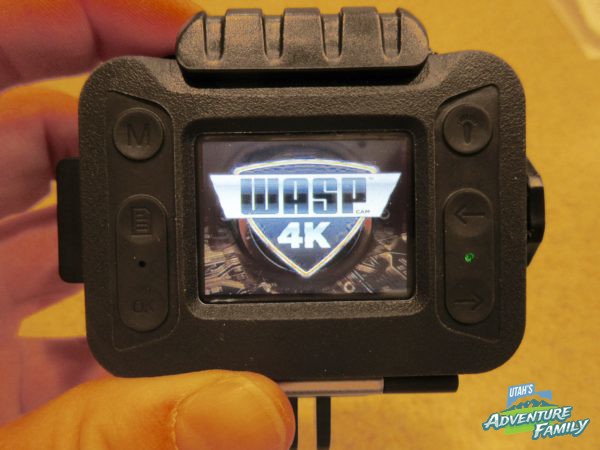 This is the back of the camera. You can see the different buttons (M for Mode, Menu, and Ok on the left side of the screen. Wifi, and the back/forward buttons on the right). The screen also works very well for reviewing photos and videos.

The videos taken on the WASPcam™ are very clear. We were impressed with the quality that this camera provided, especially since it is so small. The pictures are clear and even with this small lens we were able to capture a large space in one image. You can also turn on a feature called the fish eye and expand the viewing area further, which is pretty cool for panoramic shots. 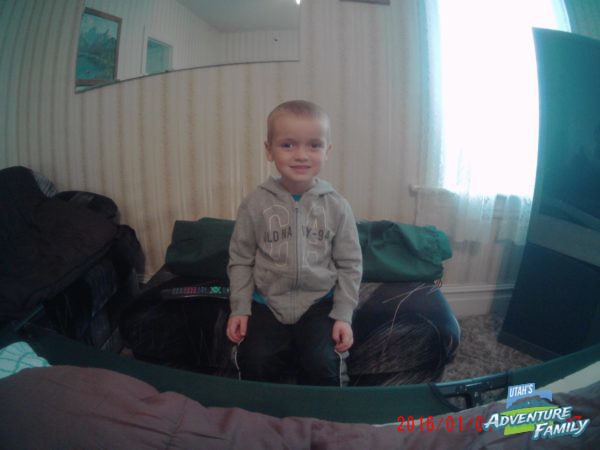 This was the first picture that we took on the camera as we tried to figure things out. Notice the date stamp in the corner. 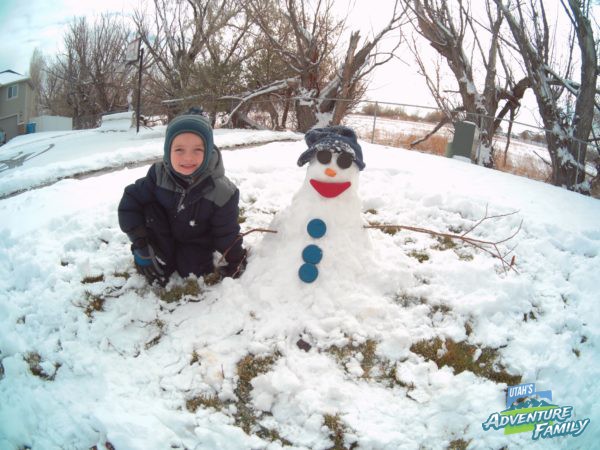 The camera definitely does very well outside. 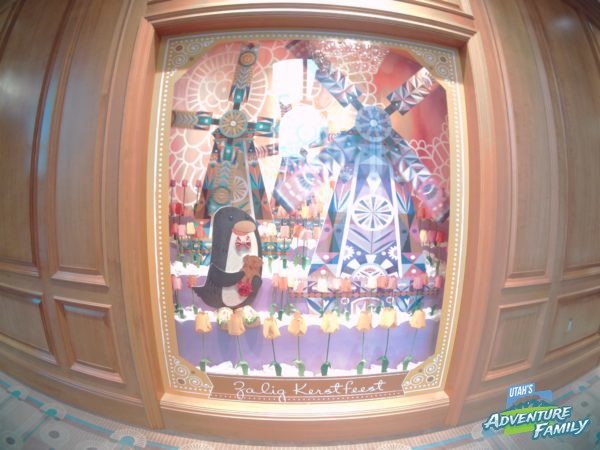 Here is a photo taken inside on a Christmas adventure. 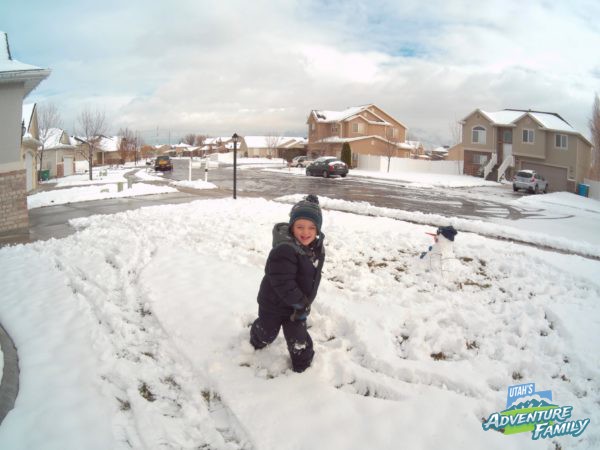 And here is an action shot as my son threw a snowball at me.

We love that the WASPcam™ is so small and light weight for carrying around. It’s easy to hold and use. You can also purchase different accessories to attach it to your head, or make it easier to hold, too. You can even hook the WASPcam™ onto a tripod to take stills. 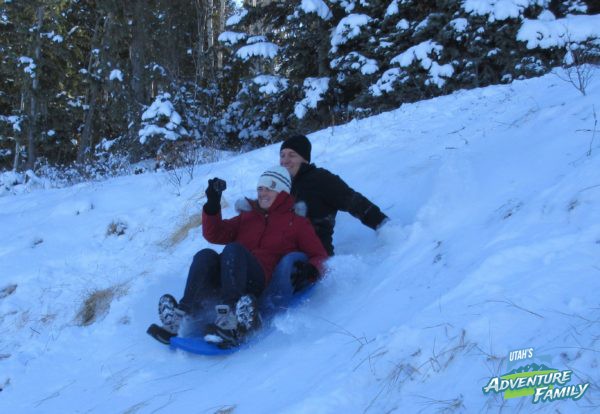 We had a lot of fun using the WASPcam™.

The WASPcam™ also makes it very simple to download your pictures to your computer. You simply connect to your computer via the cord included, and select the photos and videos you want to import. You can also delete downloaded images from the camera while it is connected to your computer. There are WiFi capabilities using the WASPcam™ app, but we did not get a chance to try this feature out. Using the WiFi, users are able to control the camera via their phone, which is especially useful if the camera is mounted somewhere.   A few tips that we have after using this camera for the past week:

For a full list of features, visit WASPcam.com for more information, as well as to find out how to purchase this amazing little camera.  The WASPcam™ 9907 4K would be a great gift for someone who loves documenting their mountain biking, hiking, waterskiing, and any other outdoor adventure.