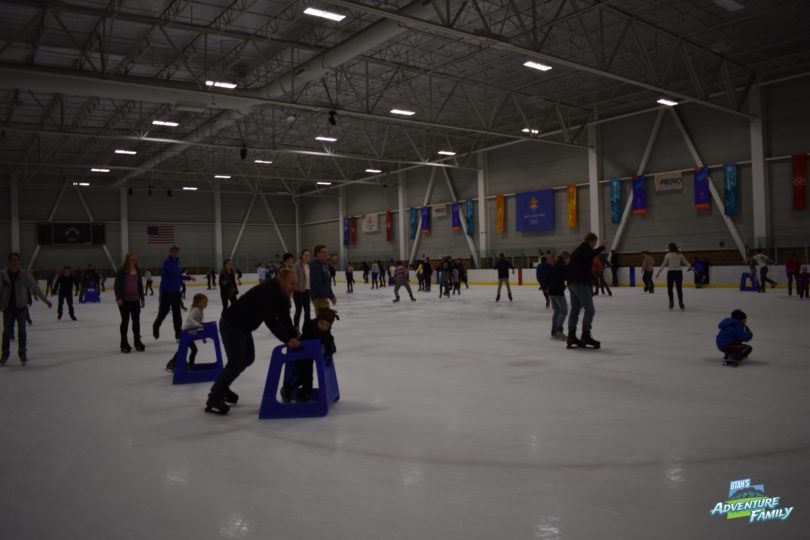 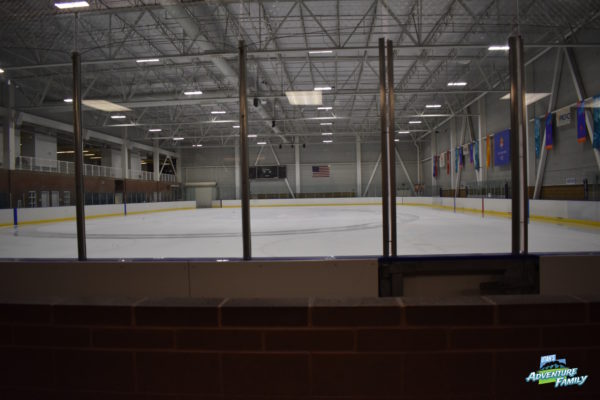 The arena is quite large, but it also got crowded on family night.

We are always looking for a nice way to spend a winter evening. Our three boys get pretty stir crazy being in the house all the time, so we decided to try ice skating. If you totalled up the number of times we’ve been, it would add to less than ten. In fact, Mom and our youngest have never been on ice skates at all!

Our rink of choice was the Peaks Ice Arena in Provo, which was an Olympic Venue in 2002. We chose this rink for the family night price. We paid $25 for a family pass, which included skate rentals. We also rented an “ice skater trainer” for our youngest for an additional $5. This is the equivalent of one of those walkers old people use so they don’t fall down, but it is used on the ice. 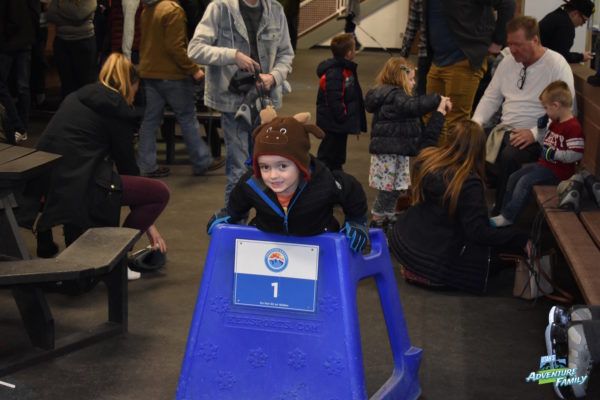 We definitely needed the help from this walker. 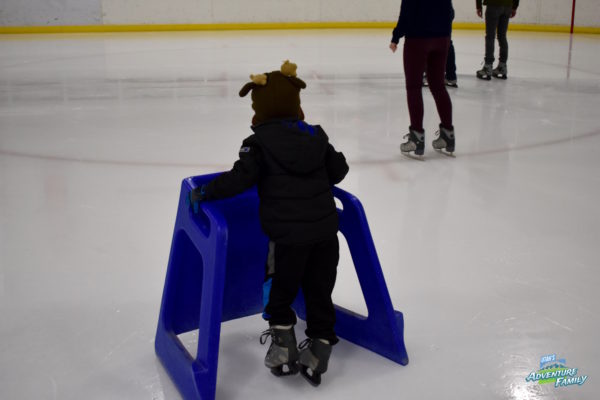 Our youngest couldn’t skate without this.

Our boys loved ice skating, and though it was busy, the ice was nice. Mom took to skating like a pro, probably because she is an old rollerblade fanatic. Our oldest (age 11) picked it up pretty fast, too. The eight year-old took some serious falls, but luckily he had excellent padding. The youngest (age 5) used the walker, but he didn’t like ice skating much. He said it was too difficult. 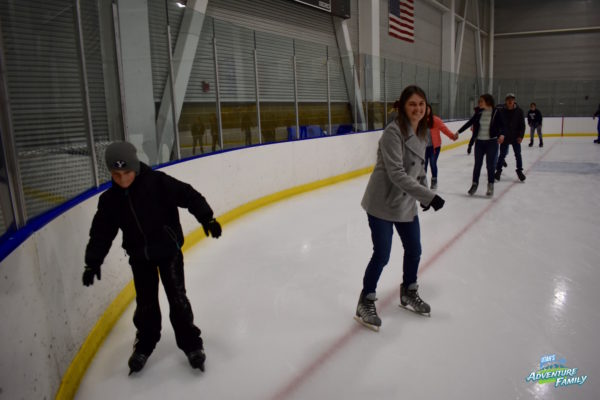 Lots of falls, but still lots of smiles! 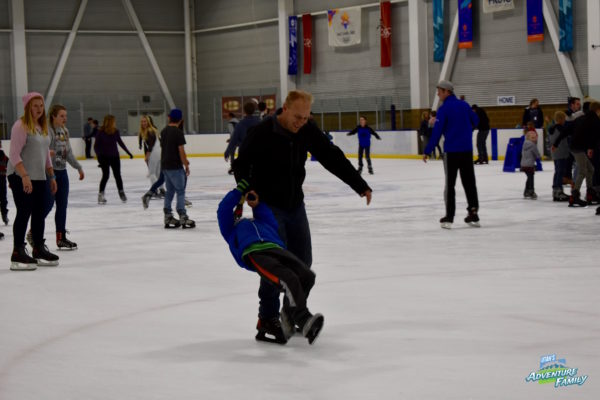 The boys had to hold onto Mom or Dad most of the time, or the wall!

There was a nice “Ice Monitor” who was trying to help everyone who was struggling on the ice. He stopped to help our younger kids quite a few times. We watched him skate around the rink, picking people up, and trying to give them a few tips on how to skate. 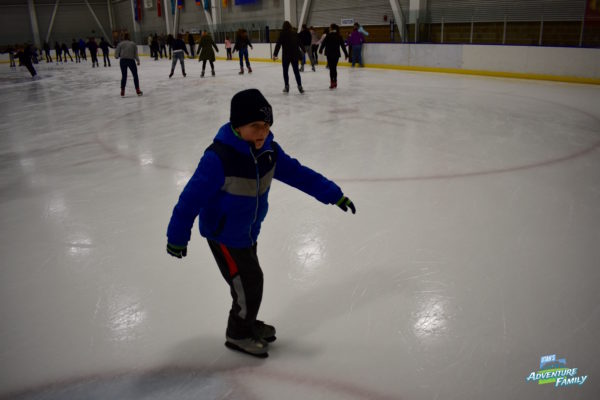 Our 8 year-old definitely improved the most in one night.

Peaks Ice Arena has a few different public skate times. Monday nights are family nights for $25 for up to 6 people, and for our family of 5, this is the best deal we found. The prices are a little higher if you go a different night. Check the calendar to see what times they are open before you go.

There are a lot of places to skate around Utah, some indoors, like the Provo Peaks Arena, and some outdoors. We might need to try them all! 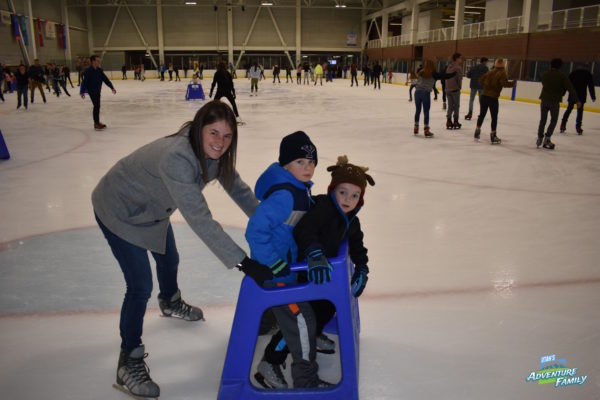 We had a lot of fun skating at Provo Peaks Ice Arena.