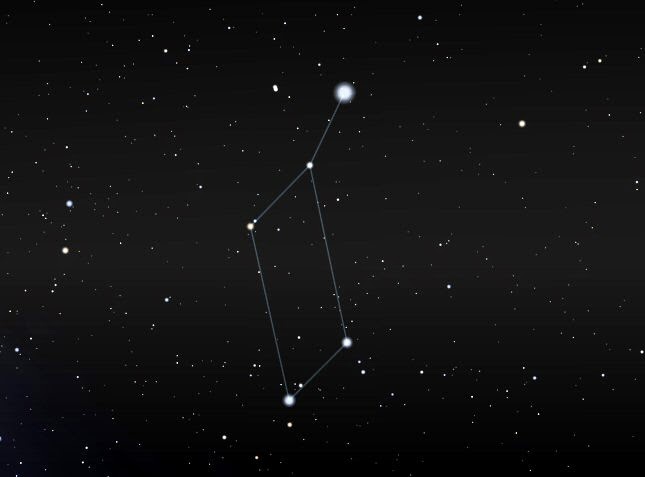 Lyra is one of the most beautiful and interesting constellations. In Greek mythology, the Lyre belonged to Orpheus who was the greatest musician ever. It is said that Orpheus could charm anything with his music. He was one of just a few mortals (including Hercules) to venture into the underworld. He did so in an attempt to save his wife Eurydice. After Orpheus’s death, the Lyra was thrown into the river. Then Zeus had both Orpheus and the lyre placed in the heavers.

Lyra can be seen in the northern hemisphere in the summer, but often requires a relatively dark night sky. The constellation itself is quite small and all the stars but one are of fairly equally brightness. It looks like a small parallelogram with a tail.

In order to find Lyra, you’ll need to be able to find Cygnus. Lyra is located right under Cygnus, the swan’s wing. Just below the wing, you’ll see a very bright star. This is Vega– a wonder of the night sky. Vega is one of the most studied stars. It is also the second brightest star in our hemisphere (after Arcturus). This star makes up the corner of Lyre.

The other four stars can only be seen in a fairly dark sky away from city lights. The constellation is unmistakable and delicately beautiful.
There are two interesting things about Lyra that are enjoyable to look at through a telescope. The first is a so-called double-double referred to as Epsilon in the picture, which isn’t its name, but its designation. A double-double consists of 2 binary stars orbiting each other. This means that 2 sets of 2 stars orbit one another– so 2 stars go around each other, another 2 stars go around each other, and the two sets orbit together. Fascinating, huh?
There is another deep sky object, but you have to have a pretty good telescope to see it (it’s magnitude 9). The Ring Nebula is located almost exactly between the two bottom stars (M57 above). This nebula is said to be spectacular, but I’ve never been able to see it. I did include an image below.
If you enjoy stargazing, we’ve got a whole list of constellations for you to find. Just click the Sky/Constellations tab above!