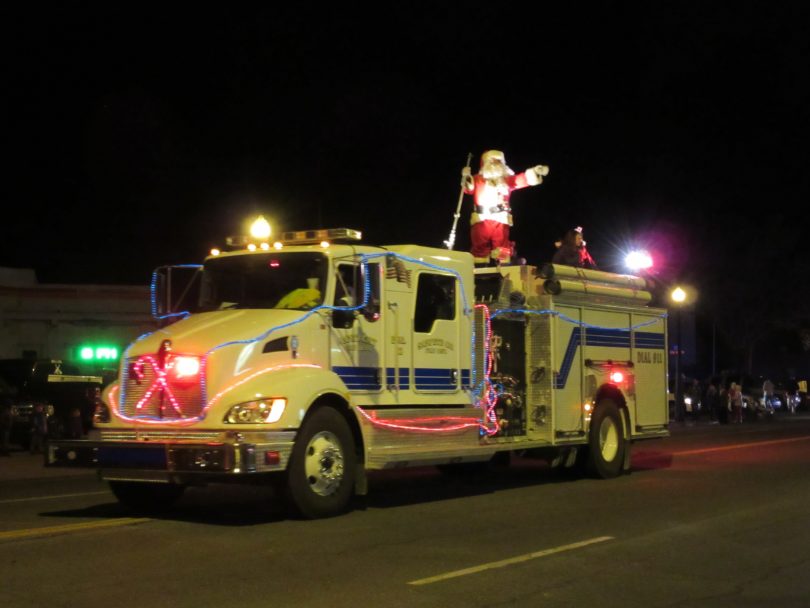 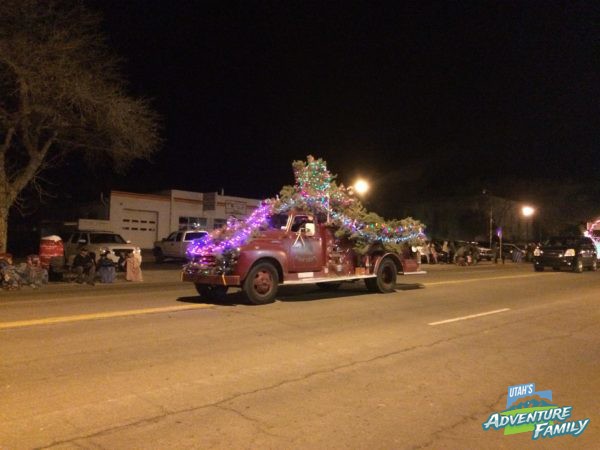 These small towns always have their antiques on display.

A lot of small towns around here have their own Parade of Lights. A Light Parade takes place after dark, and features a lot of floats and vehicles covered in Christmas lights.

This week we went to the little town of Manti in Sanpete County to check out their Parade of Lights. The parade wasn’t very long, maybe just 30 minutes, but that was okay, because it was pretty cold after dark. Our boys were excited because they’d never seen a parade like this before. 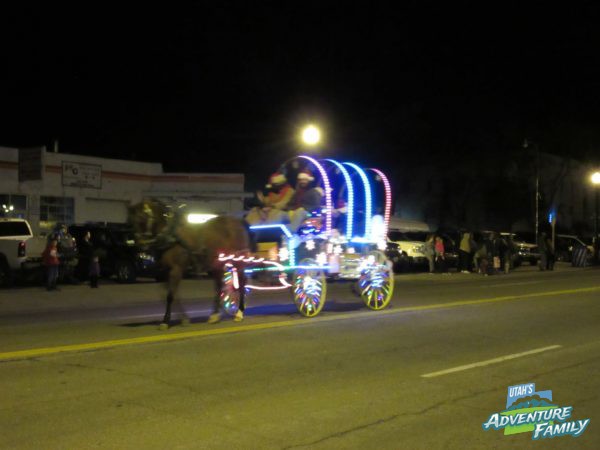 I know this picture is blurry, but I loved the cute wagon covered in lights.

This parade included many of the same elements of a daytime parade including floats, royalty, and, of course the American flag to kick it off. Our boys really liked the last entry in the parade, which was an antique fire engine. There were plenty of lights on it, but standing right on the top was Santa! Our four year-old was so excited. 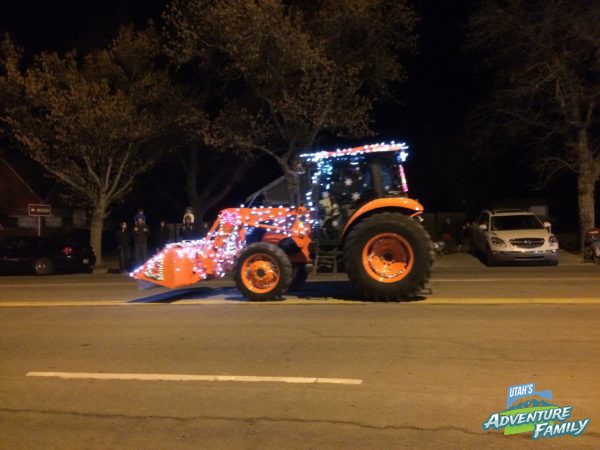 There are all types of vehicles, including tractors! 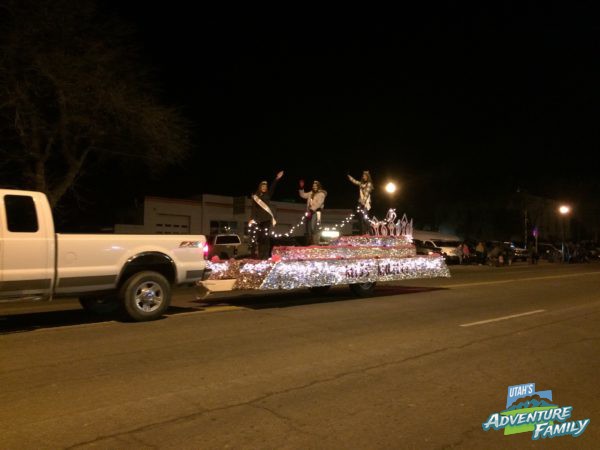 Even the local royalty brave the cold for the Manti Light Parade. 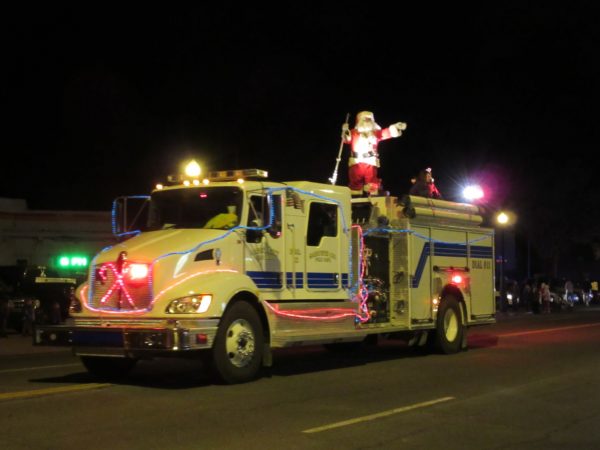 Our boys were excited to see Santa, especially on a firetruck all lit up.

We love to bundle all up, and bring a cup of hot chocolate as we go enjoy the fun light parades.  The Manti Light Parade happens the Friday after Thanksgiving. Ephraim, also located in Sanpete County, has a light parade the following Friday. Both start at 6 pm. Ephraim’s parade is followed by fireworks. We will have to check that parade out another time. 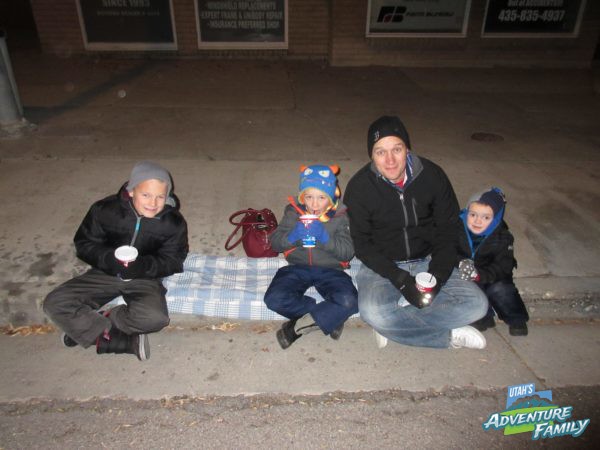 Make sure to dress for the weather if you visit a light parade.

There are lots of light parades throughout the state of Utah. You can check our list on our Christmas Events page.