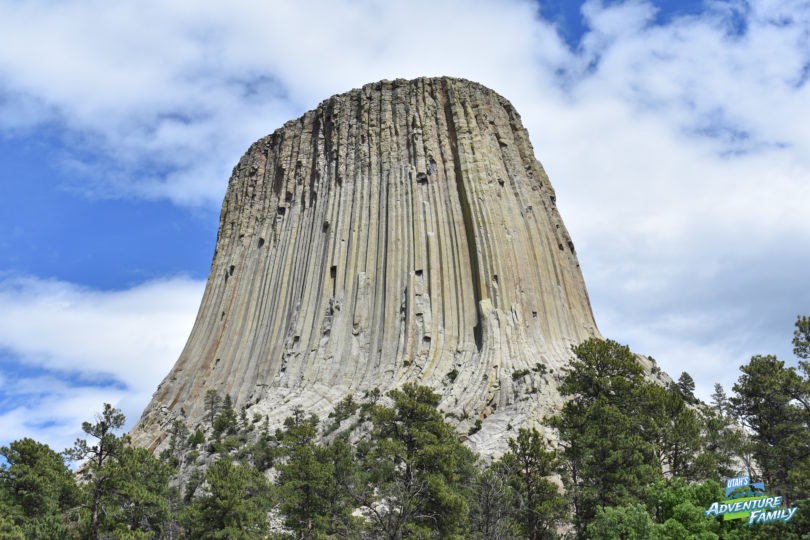 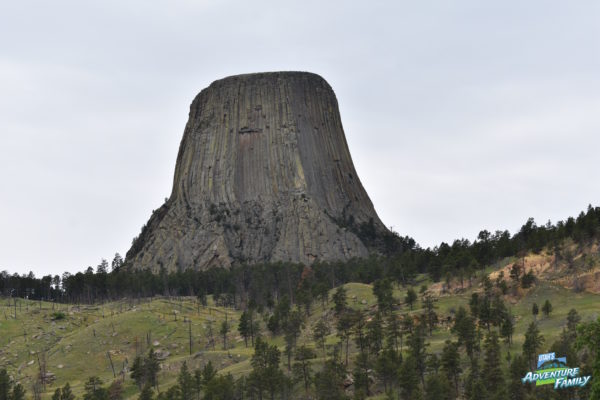 Devil’s Tower National Monument was the first national monument ever created. When the railroad was being built they had a need for a lot of rock to lay the groundwork, and someone proposed dynamiting Devil’s Tower and using the rock as it is very solid and would make an excellent base. The people in the area appealed to President Roosevelt, but he knew it would take an act of Congress to create a National Park like Yellowstone. So instead, he had the idea to create a new thing, which he called a National Monument, with the stroke of his pen. Presidents have been using this method to protect federal land ever since. 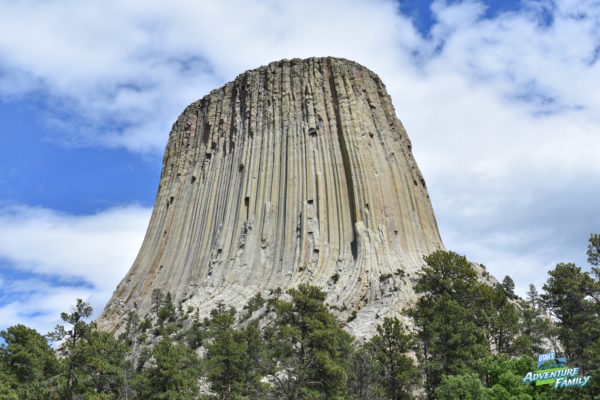 Devil’s Tower is an amazing rock formation that stands straight up almost a thousand feet above the surrounding terrain. It is split into columns, and most geologists think it was formed as part on an ancient volcano. The Native Americans tell an even better story, in which a few young maidens climb a small rock and pray to escape a bear. The rock grows and grows and as the bear leaps up for them he leaves long scratches all down the sides. 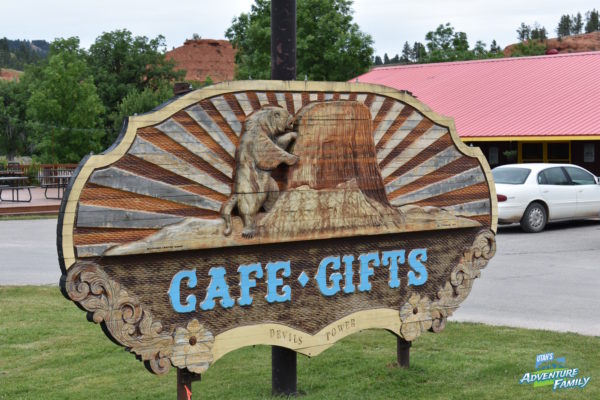 Because Devil’s Tower is a national monument they have an active Junior Ranger program and a small Visitor’s Center. There is also a trail around the base of the tower that is 1.3 easy miles. This trail is paved the entire way and allows you to circumnavigate and see all sides of the tower. As we walked the trail, we saw climbers just cresting the tower. It is said to be mostly flat and as large as a football field on top. Keep your eyes open for wildlife, too. We saw squirrels, chipmunks, and a five-foot long bull snake right on the trail. (Don’t worry, they’re harmless.) 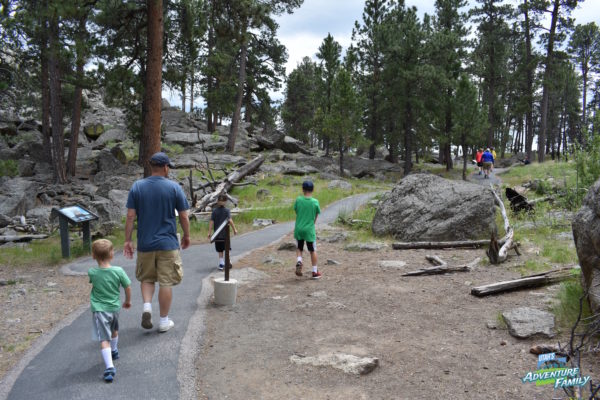 The trail is paved all the way around the tower. 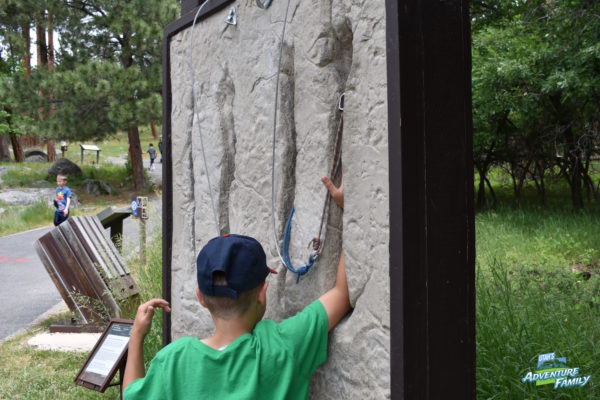 Climbers use the cracks in the rocks to climb Devil’s Tower. This is a display showing how they climb. 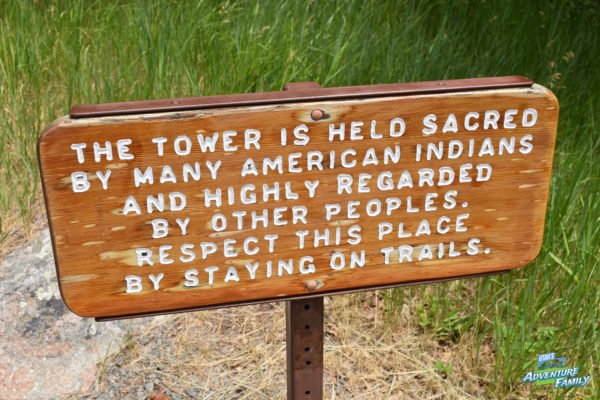 As you walk the trail, remember to be respectful of those around as well as the Native Americans who hold the area sacred. 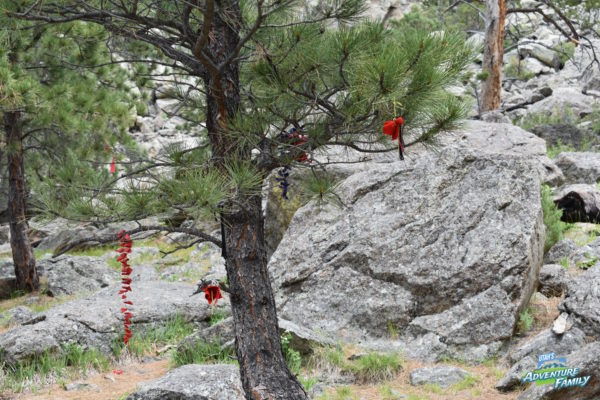 You will see relics and prayer rolls hanging in the trees. 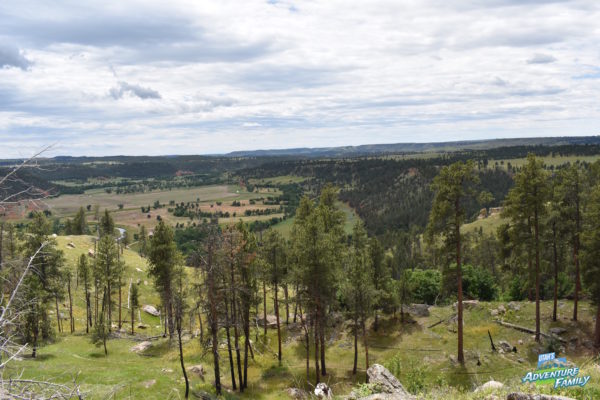 There are some very pretty views on the trail. 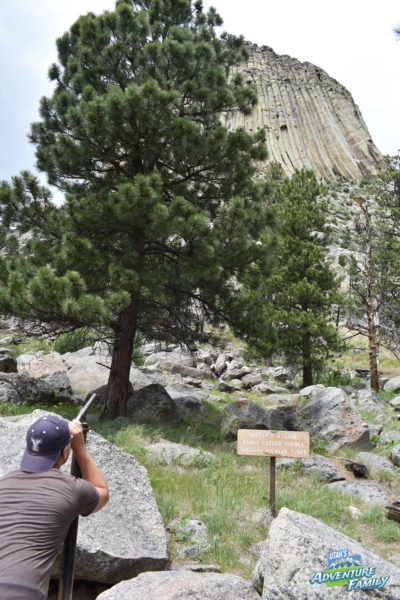 You can try to see the old ladder that people used to climb the tower. It was tricky to see, but we did finally find it. 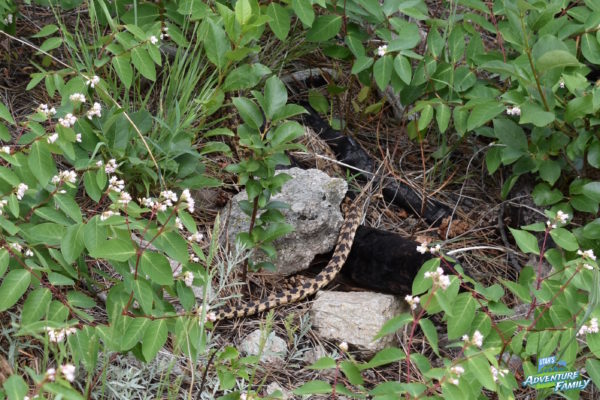 This is the snake that we saw on the side of the trail. 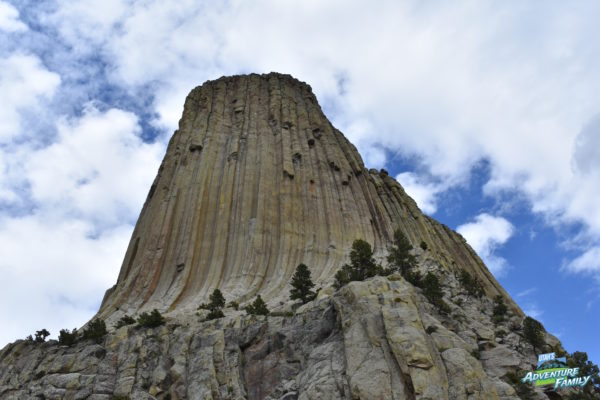 Devil’s Tower looks different on each side, so we were glad that we walked all the way around.

Devil’s Tower National Monument is an essential stop if you are in the area to see Mount Rushmore of Wind Cave or Jewel Cave. Our boys loved it! 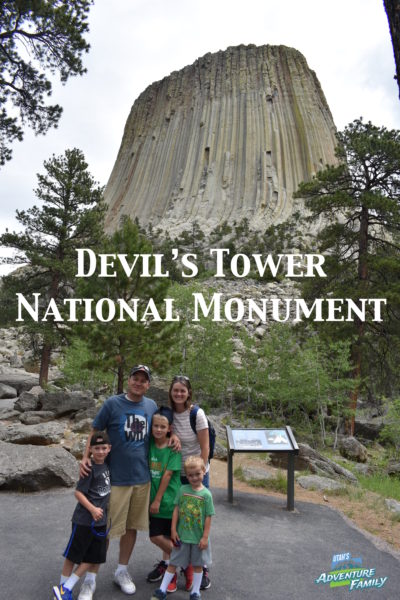