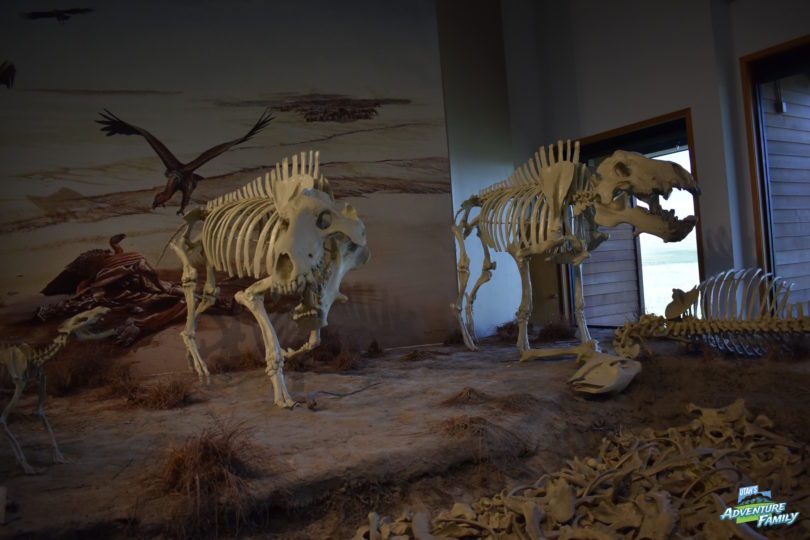 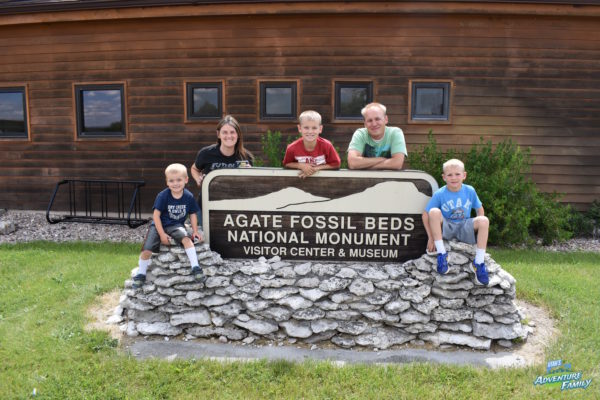 Agate Fossil Beds National Monument is in the far west corner of Nebraska. This tiny site is surprisingly interesting, and though it may not be worth a long drive, it can certainly help to break up a long drive.

The Agate Fossil Beds were discovered in the late 1800s when a rancher named James Cook noticed what he thought were petrified horse bones. They turned out to be thousands of fossils of prehistoric mammals, including rhino type creatures, equine animals, what they call beardogs, and others. One of his most astonishing discoveries was what he called a devil’s corkscrew, which was a large fossil that spiraled down in nearly perfect circles. At first, it was believed that this was a root of an ancient tree, but after the fossil was broken open, other bone fossils were found inside. These bones came from ancient prairie dogs, and paleontologists now believe that the corkscrews are fossilized casts of this small burrowing creature. 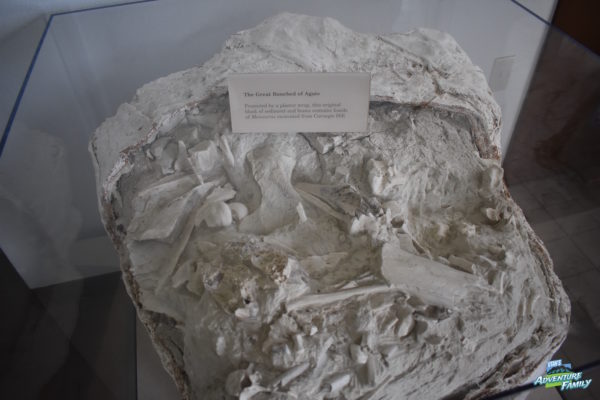 This display shows how the fossils looked when they found them. In huge piles! 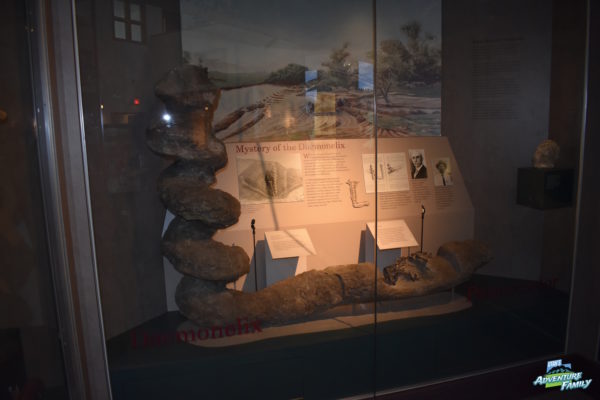 This is a huge corkscrew fossilized tunnel they found. We thought they were so fascinating. 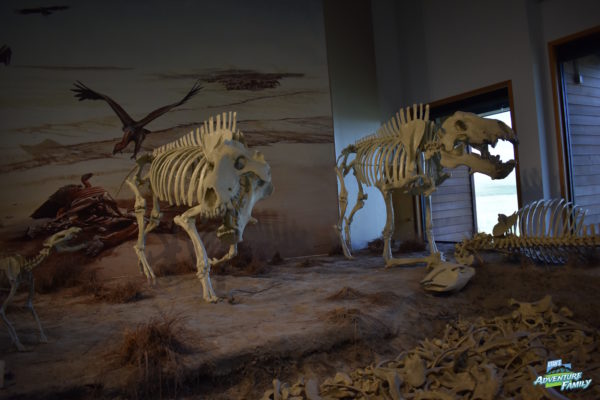 The visitor’s center shows some of the fossils that were found here.

Another section of this small site is dedicated to Native American artifacts. James Cook, the rancher who discovered the fossils, was also a great friend to the local Indians. He treated them with honor and respect, and in return, they gave him many gifts. These have been preserved and are now part of the museum at Agate Fossil Beds. There are many pairs of moccasins, dresses, arrows, and other weapons, and small trinkets. 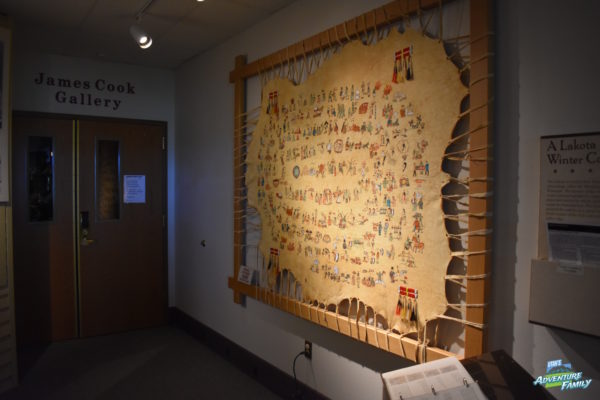 We loved the intricate painting on this cloth. 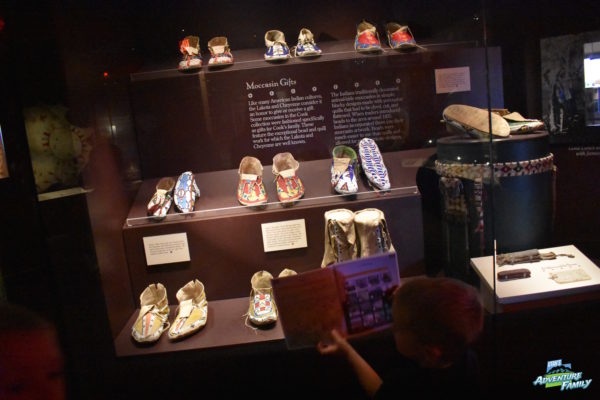 The moccasins were beautiful!

There is a junior ranger program at the Agate Fossil Beds. In the image above, you can see our youngest son working on his scavenger hunt. The booklet is simple and easy. We were able to compete it in our short time at this National Monument. You will need to watch the park film as one of the activities, but it is only about 15 minutes. Our boys really enjoyed the small section for the children. There were fossils, bones, feathers, and more to touch, and a large magnifying glass to look at the bones closely. 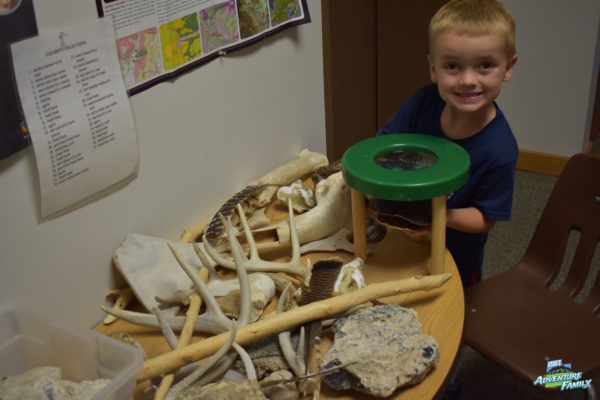 We had fun looking at the bones, antlers, feathers, and other items in the kid area. 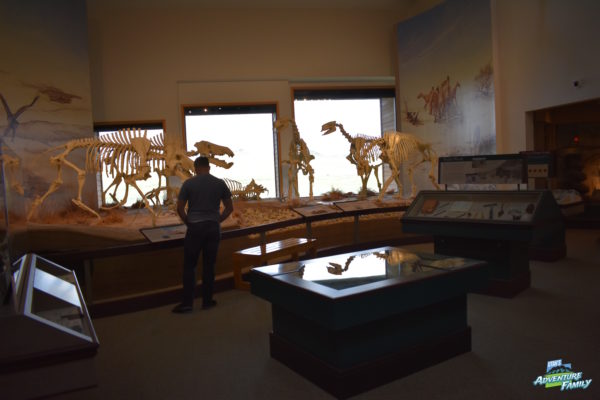 The Visitor’s Center is small, but all the answers to the Junior Ranger booklet are found in the displays.

We spent about an hour at Agate Fossil beds, which included watching the park film. It was a fun place to stretch our legs and learn a little bit about the history of the Great Plains. 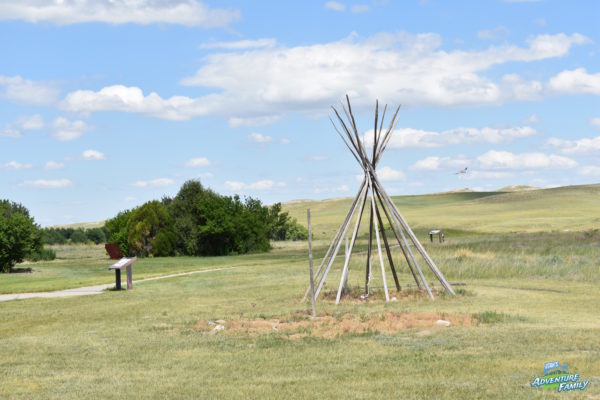 If you head outside, there is a trail that leads to the area where many of the fossils were found with signs along the way. 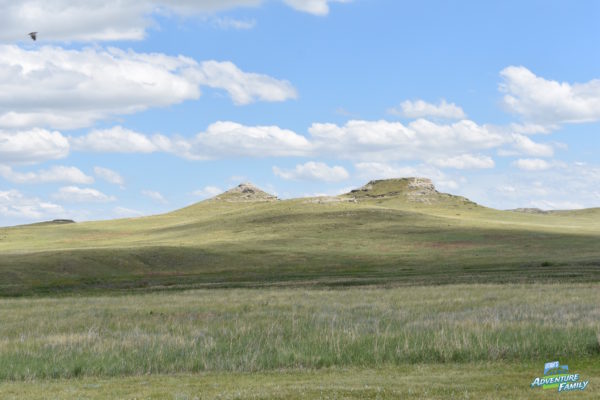 The trail leads you across this plain to the top of those hills. We didn’t have time to walk this trail. It’s about 2.7 miles and wheelchair accessible.