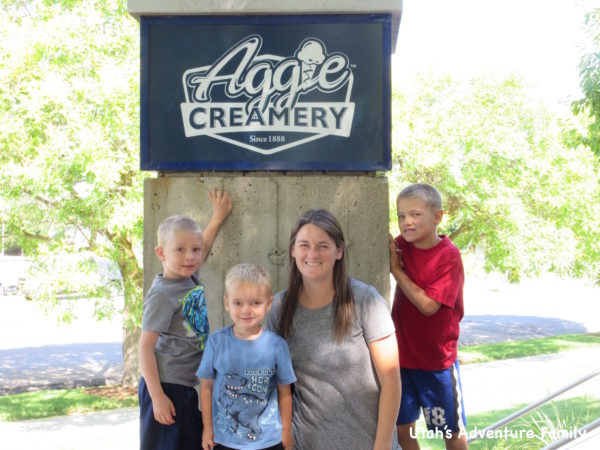 We’ve been to the Creamery at BYU many times, but we had never tried the Utah State Creamery. So when we spent a day in Logan, we stopped by for some Aggie ice cream.

The Aggie Creamery has been around for a long time. There were two founders, and one of them left to start another famous Cache Valley ice cream shop called Casper’s, which is home of the Fat Boy ice cream sandwich. The other founder stayed at USU and ran the creamery, and it has been in business there ever since. 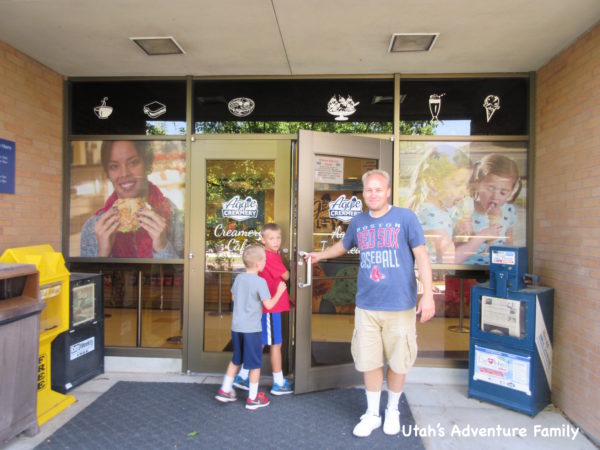 The Aggie Creamery is located in the Food Sciences Building on campus. There are several other outlets as well. 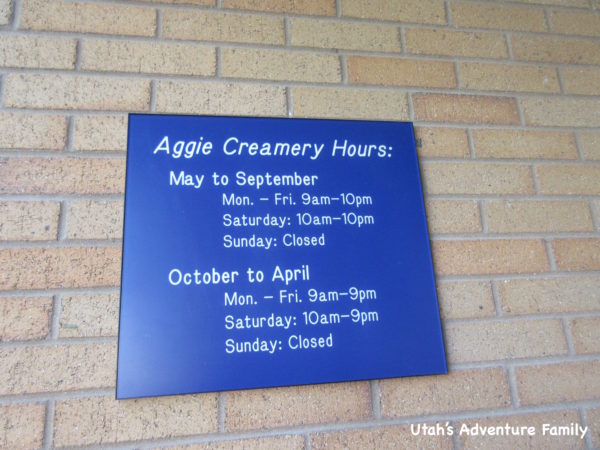 Sometimes we find it hard to locate hours. We appreciated this sign because it covered the entire year.

You can order sandwiches and other items at the creamery during lunchtime Monday through Friday, but we were there for the ice cream. There are a few flavors unique to Utah State, along with a lot of other favorites, to choose from. We tried Centennial Celebration, Aggie Blue Mint, and Aggie Bull Tracks. All were very reasonable priced and delicious. The Aggie Blue Mint is really blue! And it has white chocolate chips in it, which was really unique. 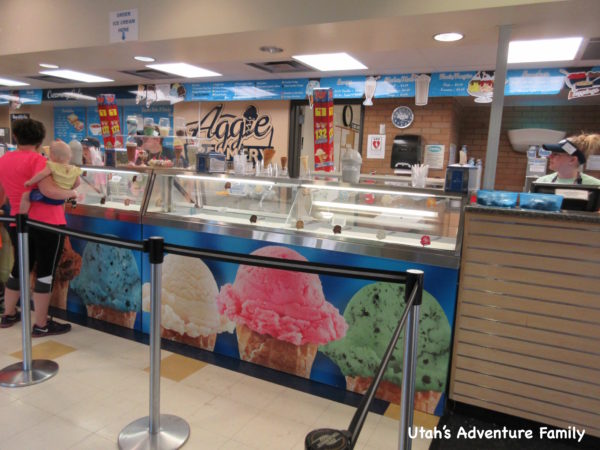 There were lots of flavors to try. 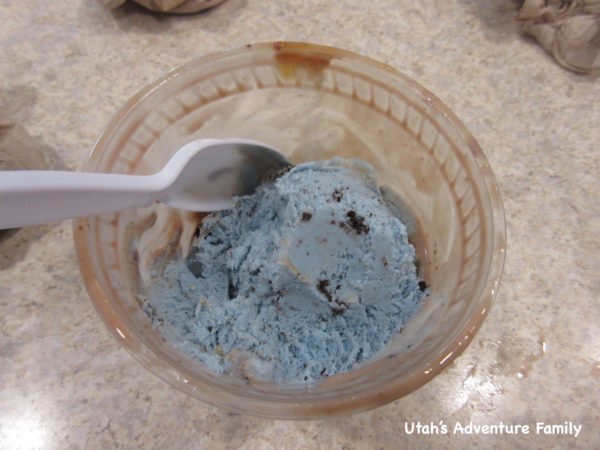 The Aggie Blue Mint was pretty good. I also had Aggie Bull Tracks, and I liked that a little bit better!

One fun thing that we learned about the Utah State Creamery is that they offer public tours on certain Saturdays. There wasn’t one going on the day we were there, but we hope to catch one next summer when we head that way again. It costs $4 and you tour the creamery and get your own 1/2 pint of ice cream. Check their schedule to see if you can attend one when you are in area. 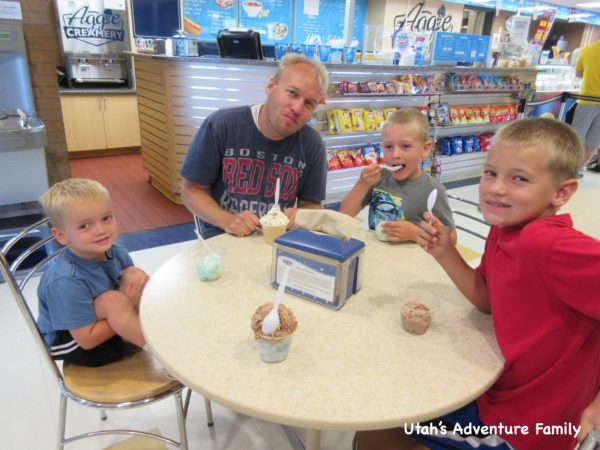 We definitely recommend stopping by the USU Creamery on your next visit to Logan. The Aggie Creamery is located at 750 N 1200 E in Logan (right near the mouth of Logan Canyon and on USU campus). There are a few other locations, too. Check their website.