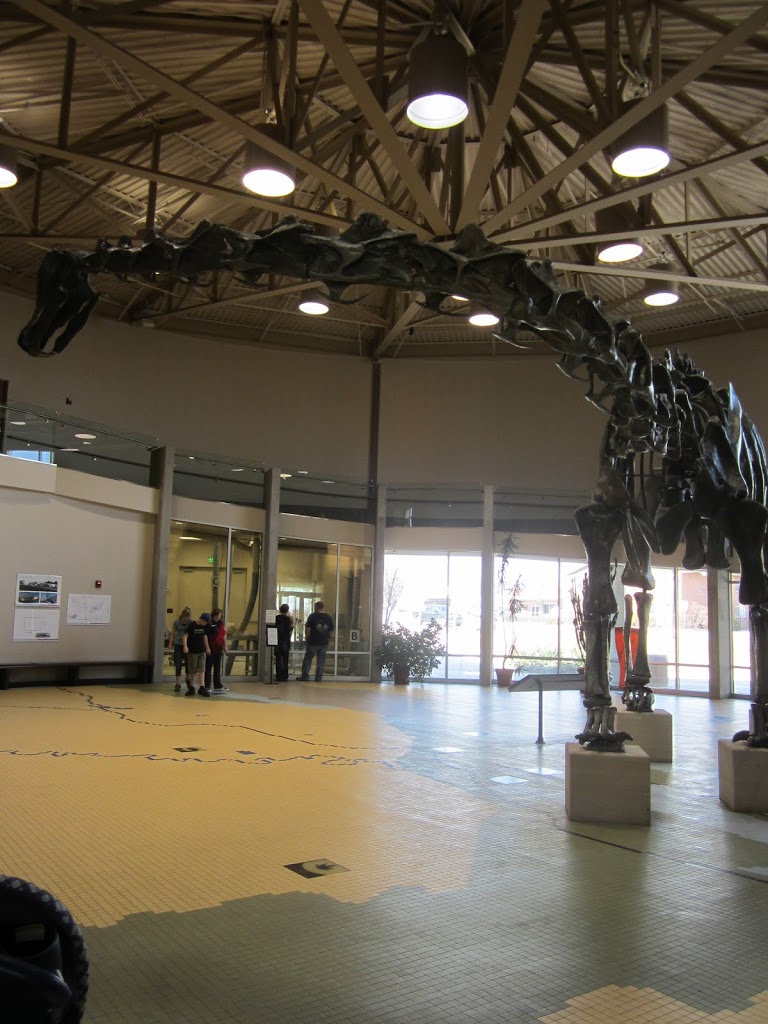 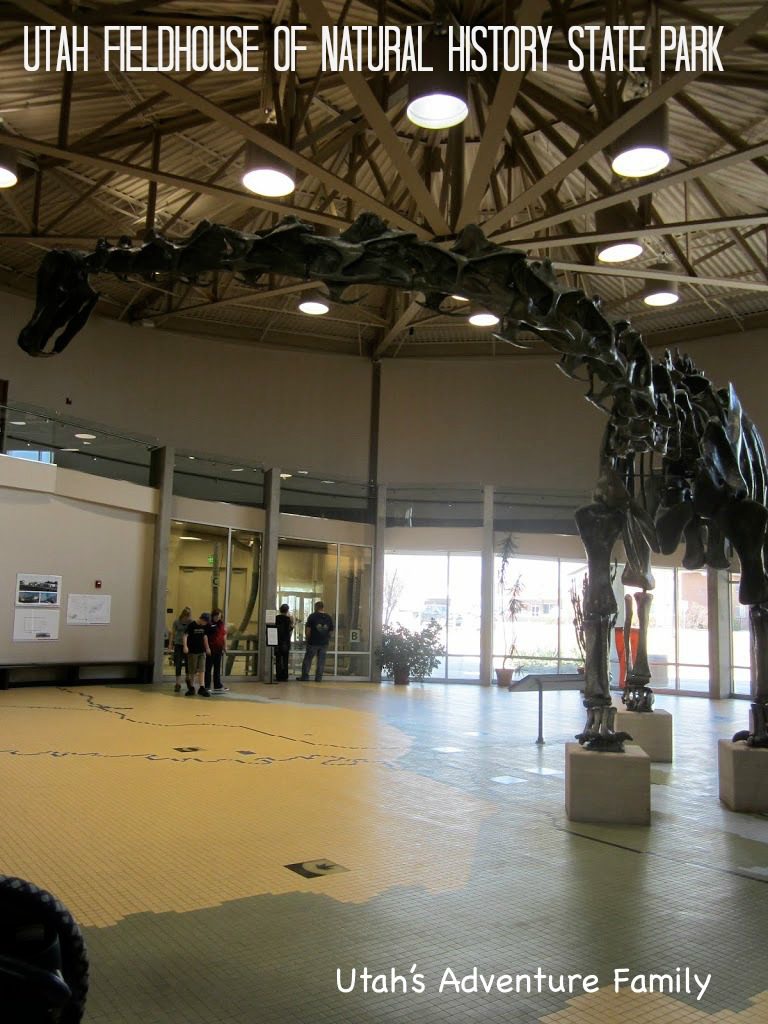 This huge fossil greets you as you enter the museum.

The Utah Fieldhouse of Natural History State Park Museum is located in Vernal. We’re not sure why they didn’t just call this “The Dinosaur Museum” because that’s exactly what it is. There are interactive puzzles and games for the kids, many fossils, and lots of other ways to learn about dinosaurs.

This museum is much like the Dinosaur Museum at Thanksgiving Point.

Our kids did the PeeWee Paleo program and earned a special patch for learning about dinosaurs. This came with a fun activity book, but did cost an extra $6.50 per child. We thought that was a little too expensive. There is also a Junior Scientist program for those older kids.

The museum was a must see for the Vernal visitor, though. There is a nice video showing fossil discovery in which you can see scientists peel back each layer of sedimentary rock looking for imprint fossils. After the film, you enter the area devoted to more hands-on exploration: putting your own fossil puzzle together, “discovering” fossils with a pick and brush, and classifying dinosaurs by their different features. 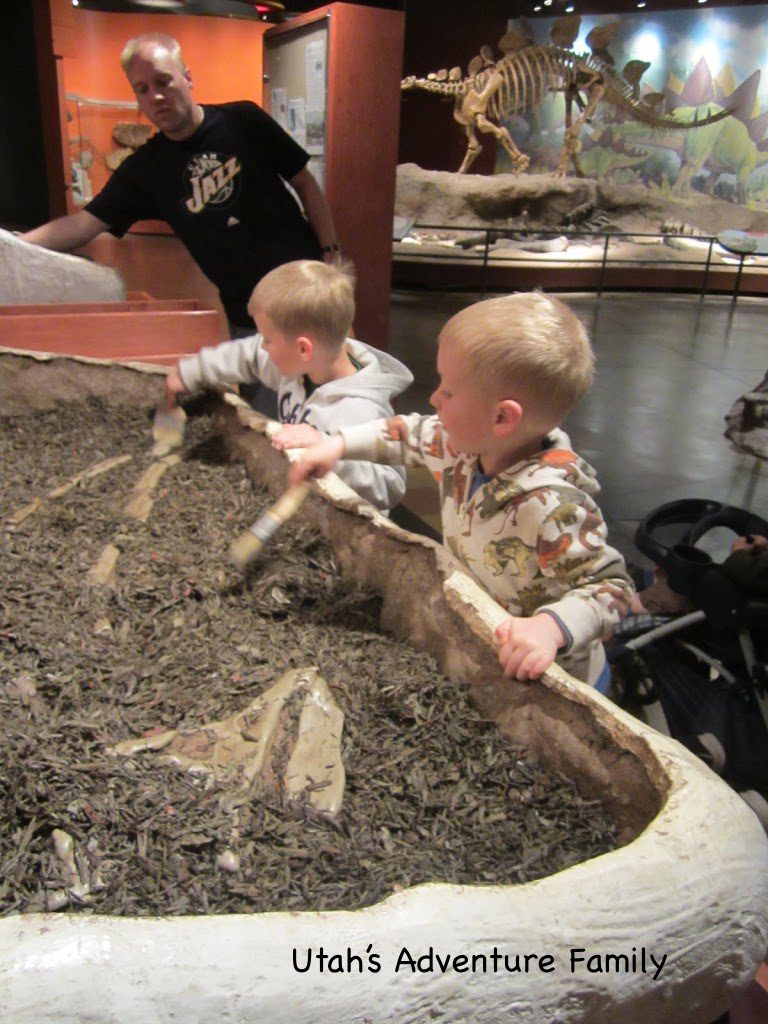 Brushing off the bones 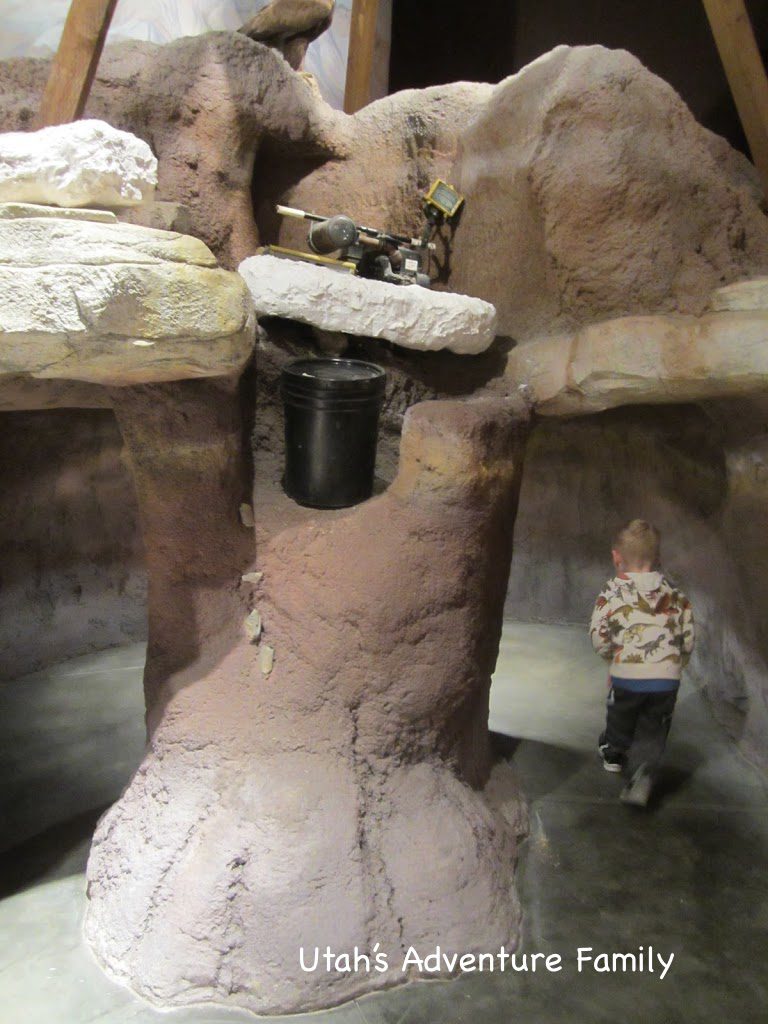 The boys kept “exploring” the cave.

After exploring in the children’s section, you work your way up through the museum. There are several different rooms with lots of interesting things. Dinosaur skeletons, fossils of plants and animals other than dinosaurs, replica of life during the Eocene (I learned that at this museum), and a mineral room with minerals that glow–these were some of our favorites. 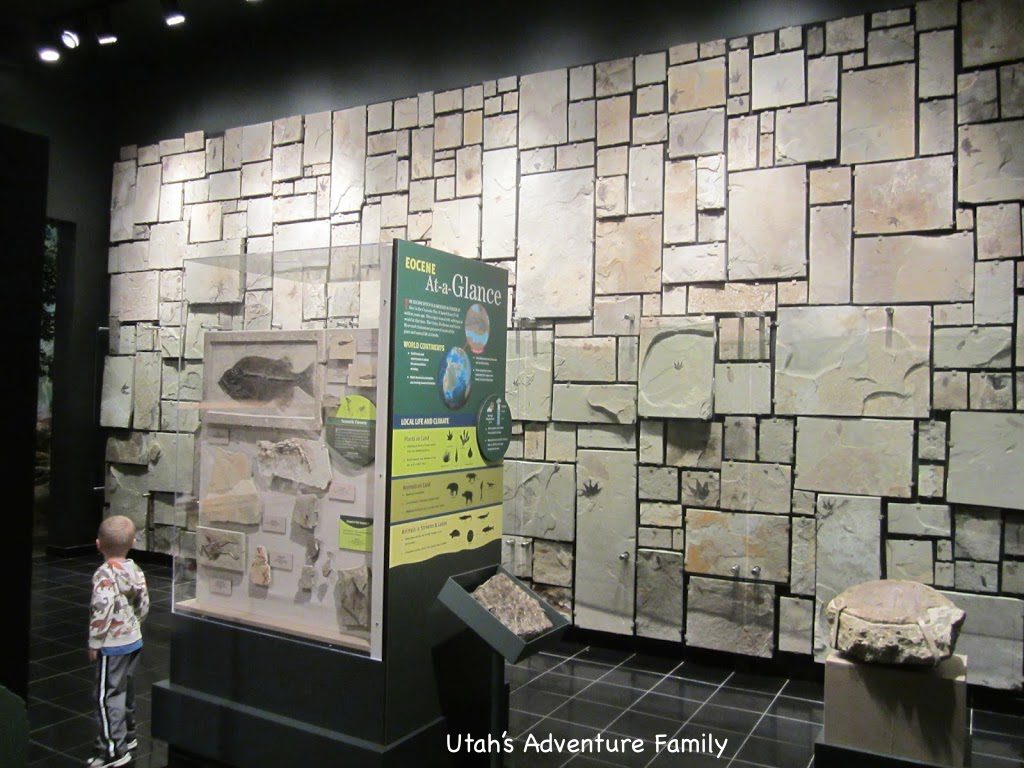 I thought this wall of fossils was pretty cool. 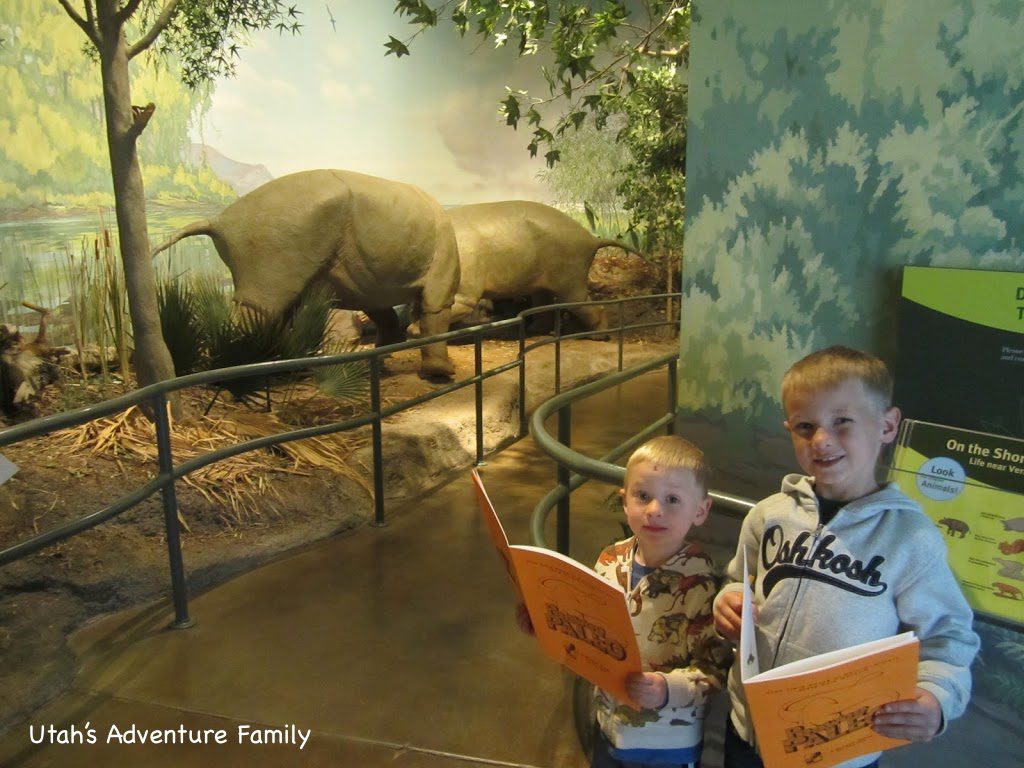 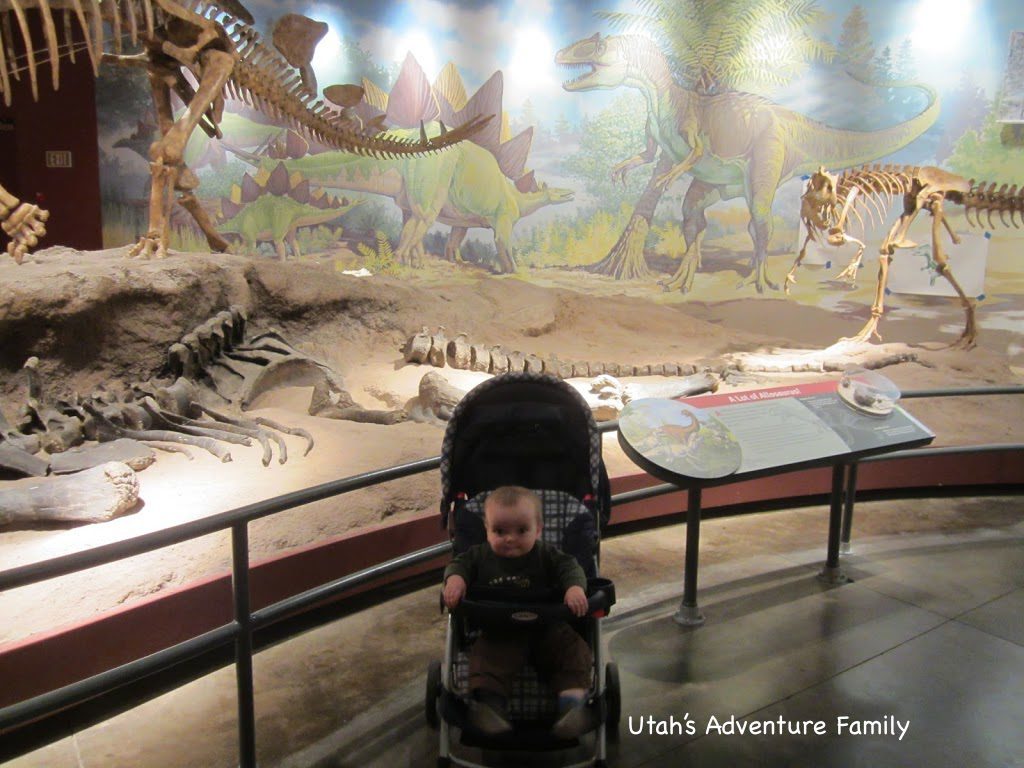 Even our youngest loved the museum fossils. 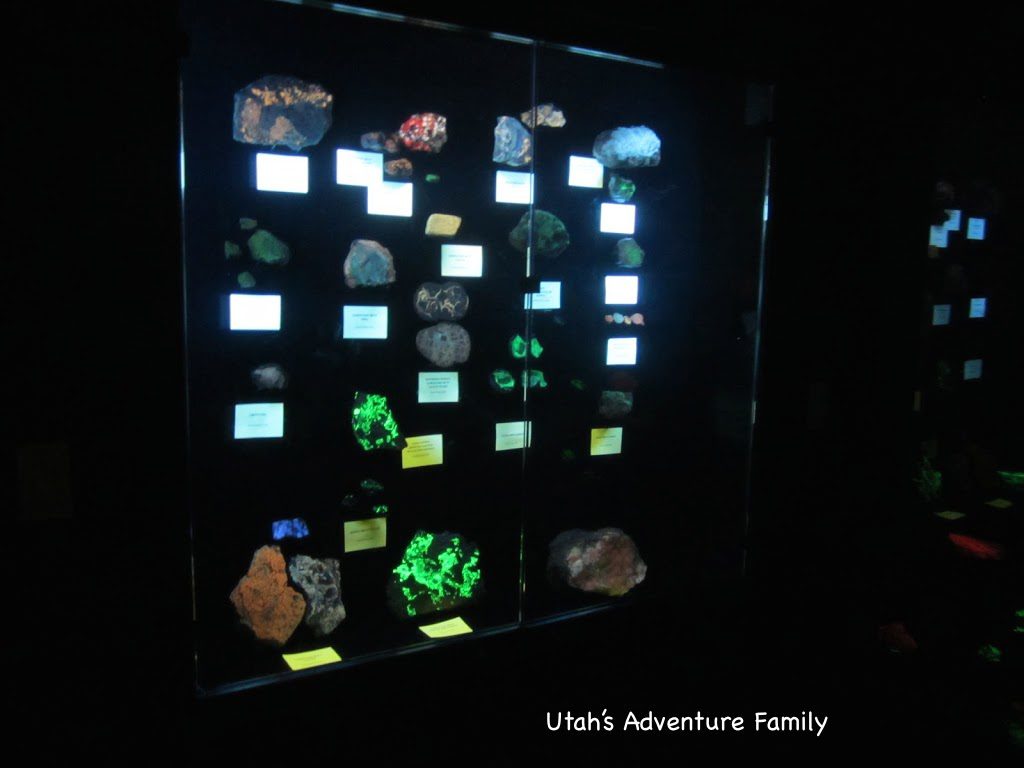 After you’ve worked your way through the museum, you continue outside into the garden. This was the highlight of the museum for our children. There is a small koi pond surrounded by life-size dinosaurs including compsognathus, triceratops, allosaurus, and t-rex.

We had a great time at the museum and recommend it to anyone who has any interest in dinosaurs, young or old. 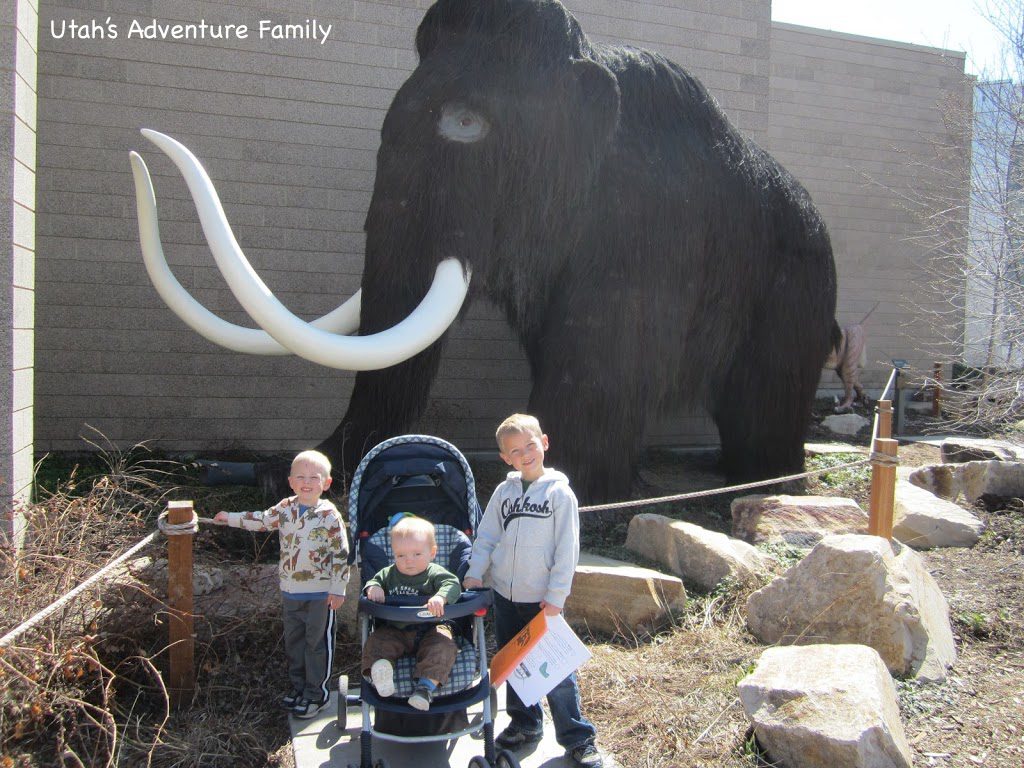 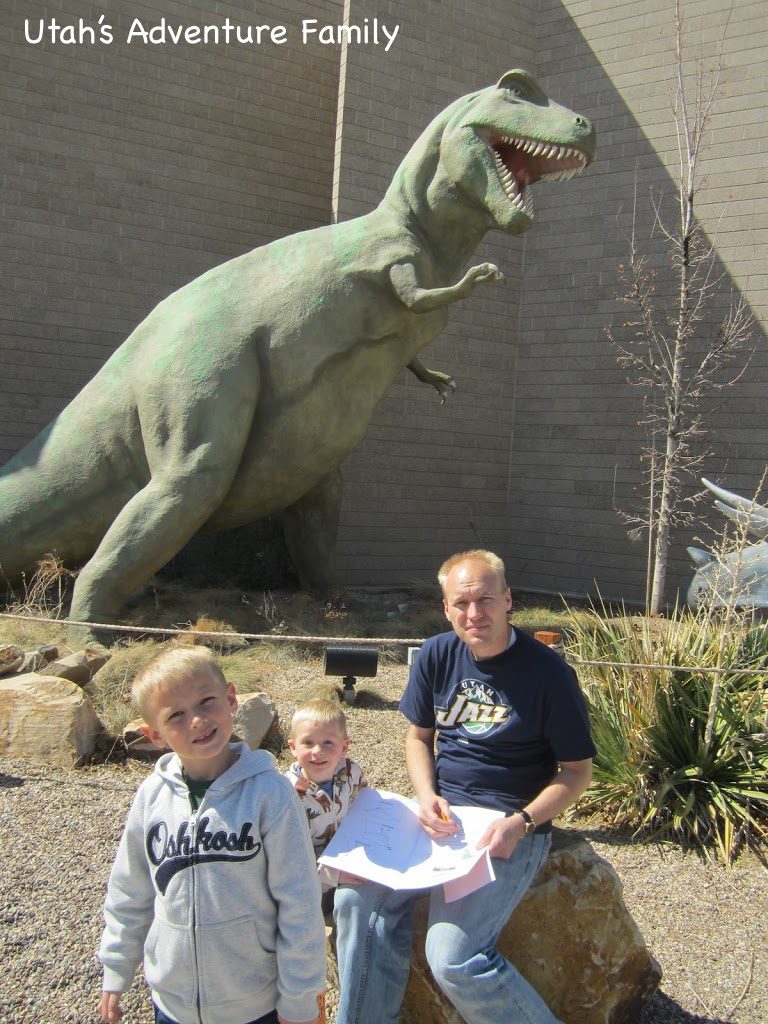