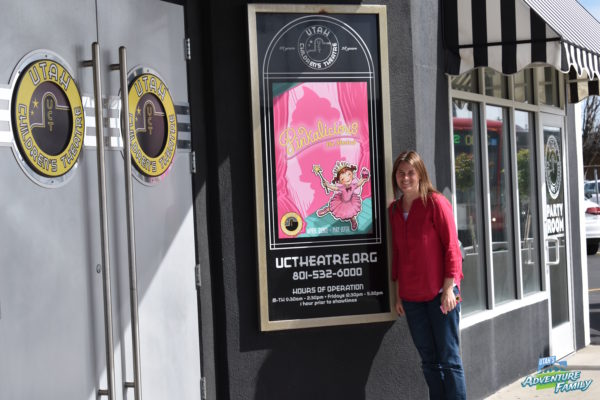 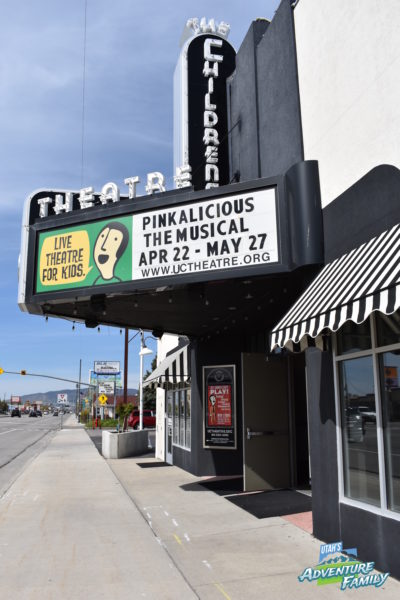 We loved the Utah Children’s Theatre for a lot of reasons. First, we think that all children should have opportunities to attend plays. In fact, our very first post all the way back in 2010 was about attending a Junior High production of You’re a Good Man, Charlie Brown! This theater is specifically geared for children, and provides unique opportunities for children as young as 4 to learn about the arts. For example, they had one of the actors come on stage and explain how to applaud or otherwise react to things seen on stage. They also had a parade at intermission, which allowed the children to come and march through the aisles and across the stage.

The second thing we liked about this theater was the size. We are huge fans of intimate theater like that of the Hale Center Theater in Orem. It is so much fun to be so close to the show. The Utah Children’s Theater has one steep bank of seats in front of the stage, and two smaller galleries to the right and left with just a few rows. It would be impossible to sit more than about 75 feet from the front of the stage anywhere in this theater.

Another fun aspect of the theater is the Soda Fountain. Connected to the theater is a small traditional soda fountain. You can go in and order specialty drinks, mostly Italian sodas, or treats like cupcakes and brownies. You can wait for the drinks or order them for intermission. When intermission came, we went to the Box Office, and our drinks were waiting for us in a little tote for easy carrying. Our boys loved having a drink for the “second half” as they call it.

After the show, the cast was in the lobby greeting the guests. The children loved shaking hands and taking photos with their favorite characters from the show. This reminded us of the Scera Theater, which also does this after their shows. It’s such a great way to end the evening.

The Utah Children’s Theatre is an amazing venue that will help your youngsters get a dose of theater on their level without disturbing more serious productions. Check out UCT for upcoming shows!

5 Things to do in Dunedin New Zealand