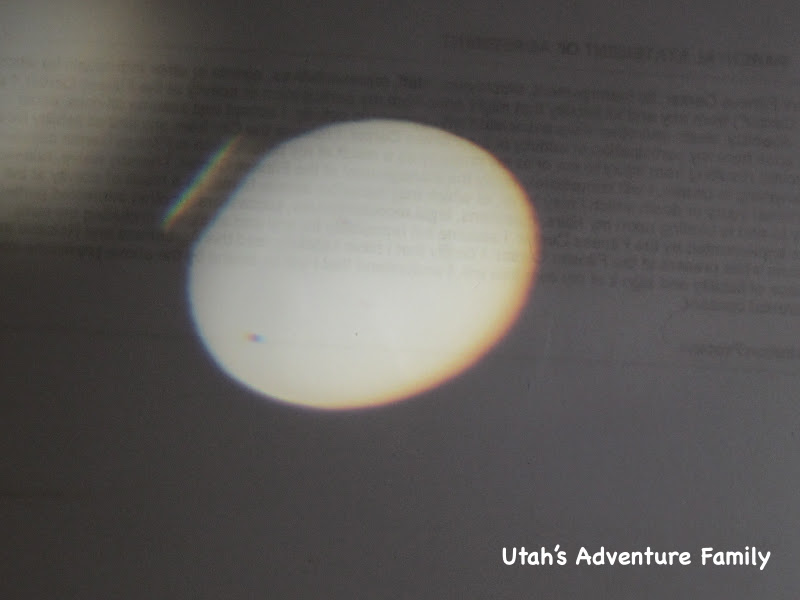 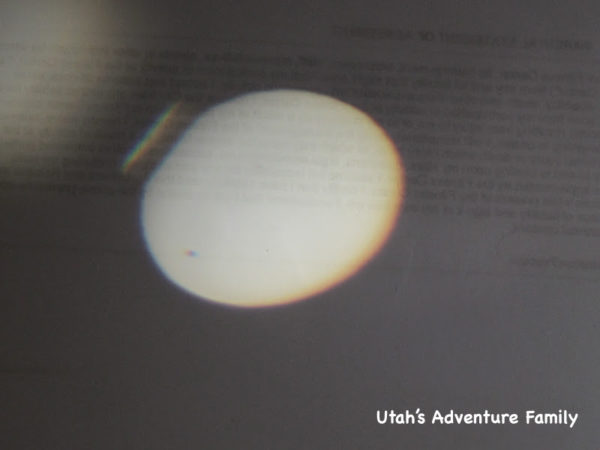 The Transit of Venus was somewhat underwhelming. Though this event won’t happen for another 105 years, if you missed it, you didn’t miss much. Scientists learned much about the relative size of the Solar System during other transits, but for us, it looked like a tiny black dot on a yellow ball. It was impossible to take a picture through the eclipse glasses like we did of the Solar Annular Eclipse (seen here). 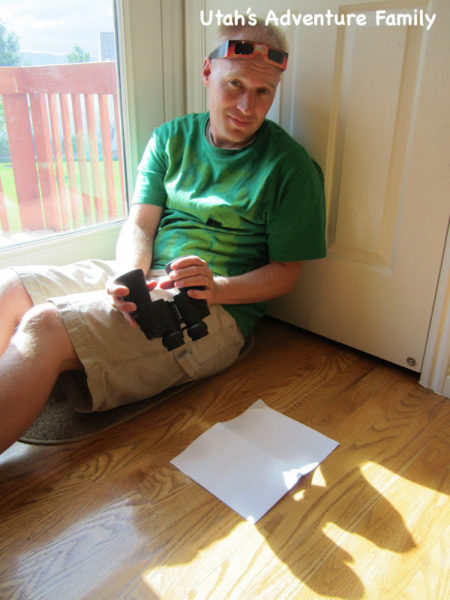 We were successful with a different technique, though. We reversed a pair of binoculars and focused on a piece of white paper. It takes a lot of patience, and it is almost impossible to hold still. In fact, I was balancing the binoculars against my body and you can see the image bounce every time I breathe. It gives you an idea just how large the sun is since Venus is much closer to Earth and still appears as a tiny dot. Venus and Earth are pretty similar in size, too. 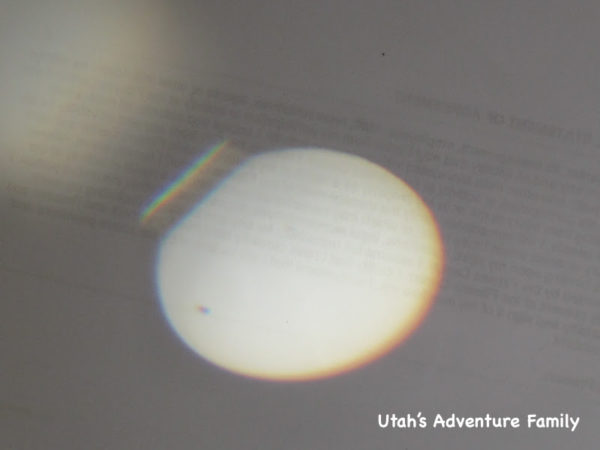