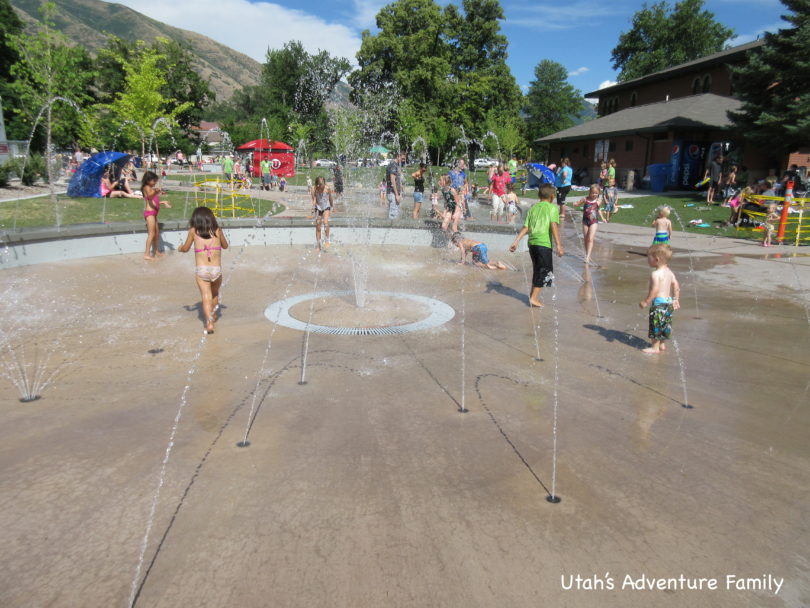 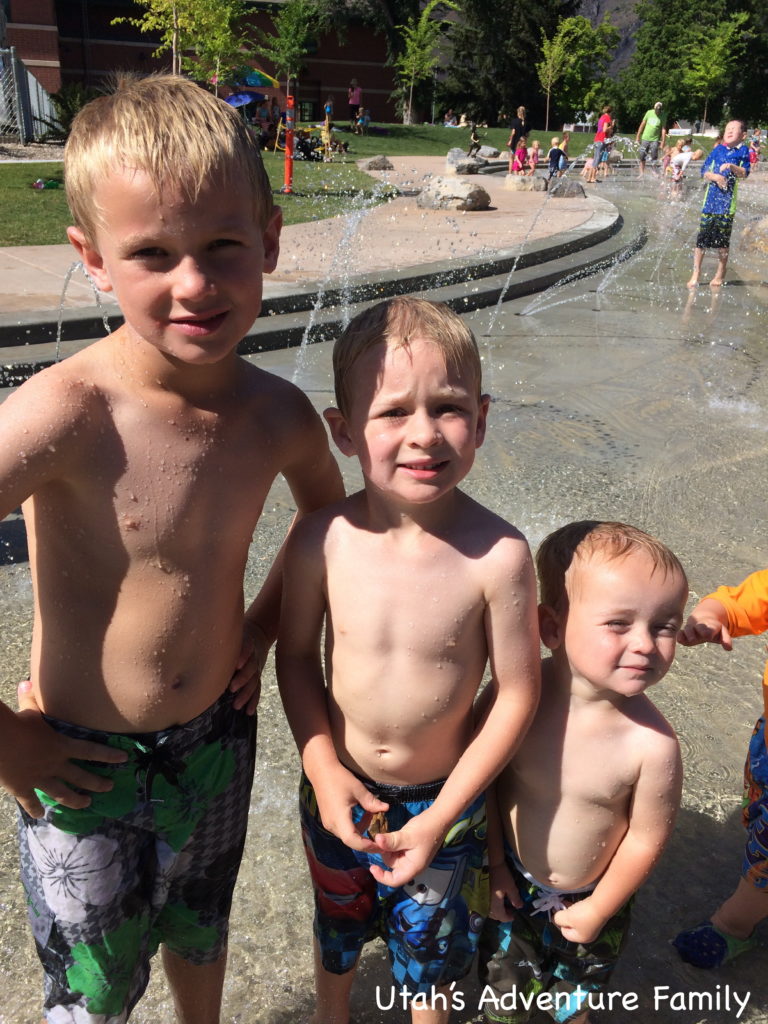 All of our boys enjoyed the Springville Splash Pad.

We visited the Springville Splash Pad today which is located right off of Main Street in Springville next to their Civic Center. This splash pad is very similar to the Highland splash pad except it is 2-3 times bigger. The river starts as a waterfall and is very long as it weaves toward the end. There are spraying fountains all throughout the river, and at the end there is a large area with big fountains. 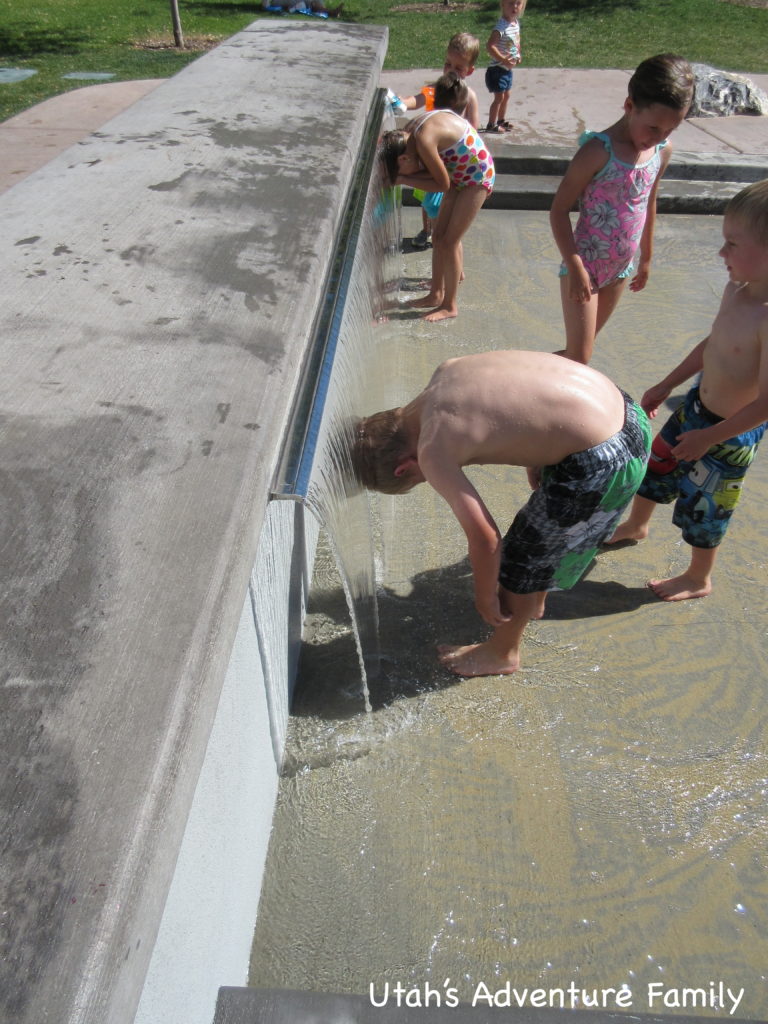 Wouldn’t you stick your head in that waterfall? 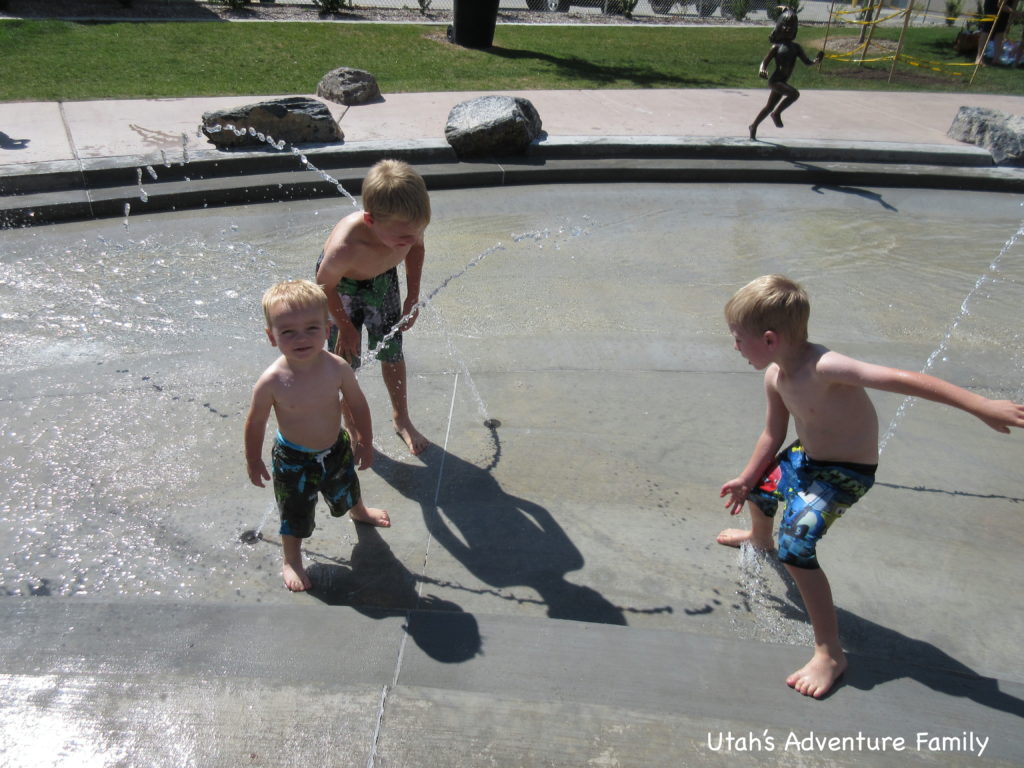 Much like the Highland splash pad, there are rocks for climbing and sitting on in the river. The river is shallow, only a few inches deep at the deeper areas, which is perfect for any age. Our two year old loved sitting on the spraying fountains, going under them, letting them shoot his back, anything he could do with the spraying water he did it. My older boys liked the larger fountains at the end, as well as the waterfall at the beginning. 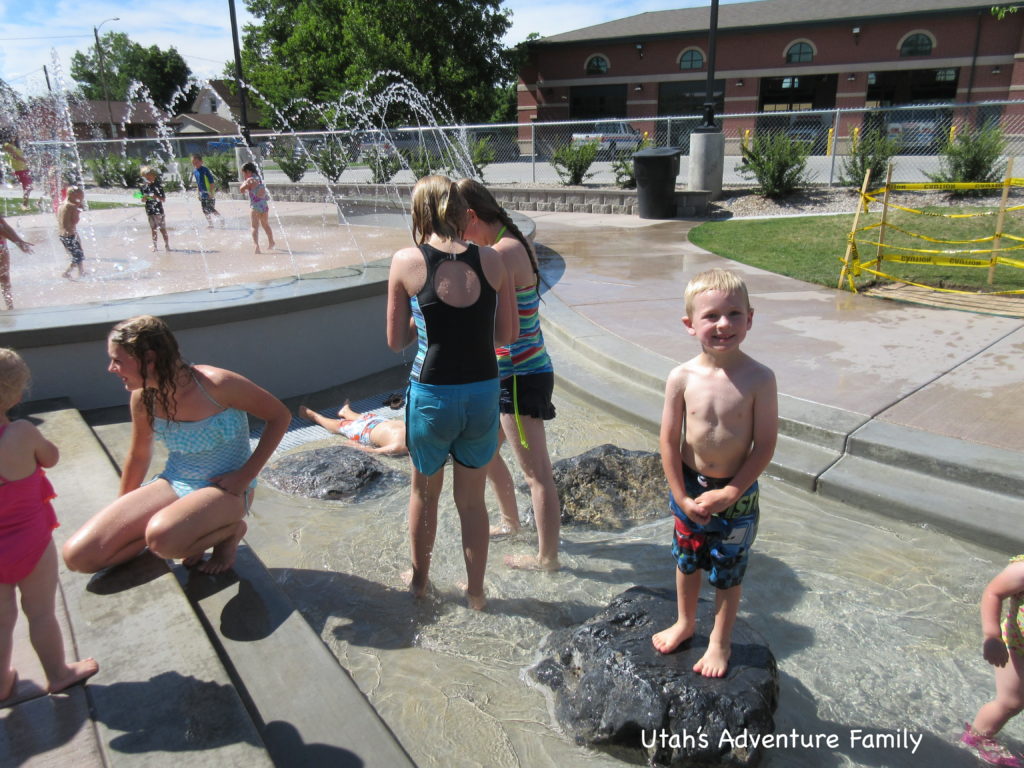 Rocks to stand on in the river. 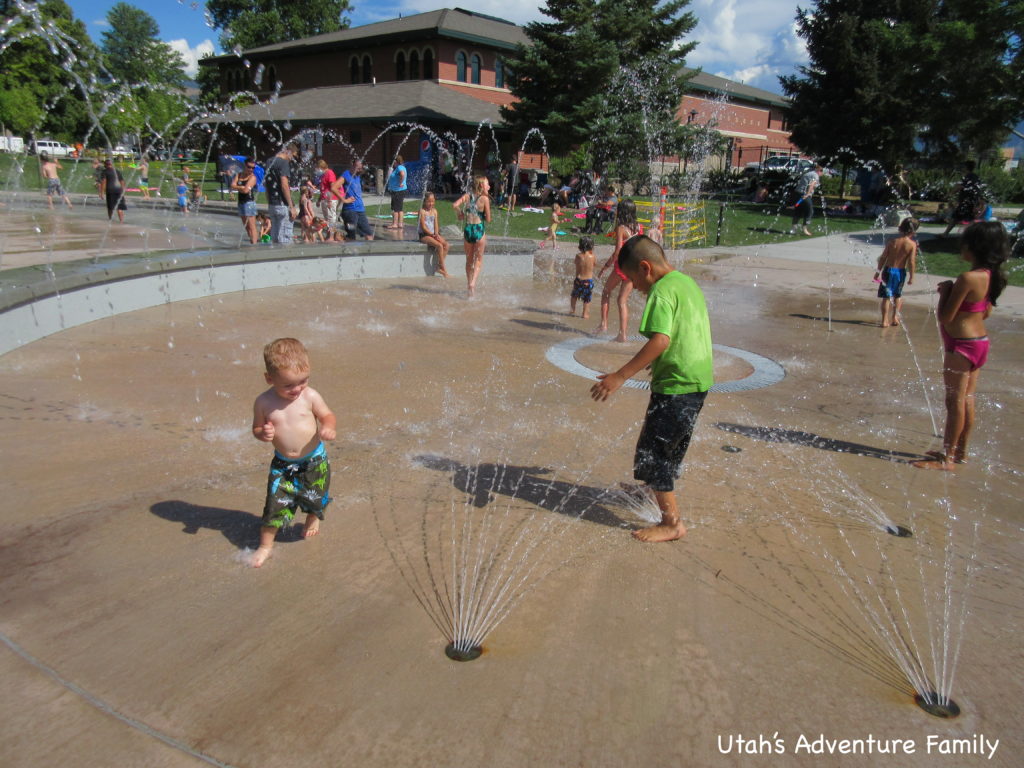 This is the large fountain with lots of sprayers.

Due to the large size of the splash pad, I felt like it was a little bit hard to keep track of my boys. I was in the water with my two year old, and the older boys were exploring, so I felt like I was constantly searching for them in the huge crowd of children. It is perfectly safe, but for you worrying moms, I wanted to let you know beforehand. And even though there were a ton of children, there was plenty of space. I really liked how large this splash pad was, as well as the amount of fountains. It made it fun for everyone! 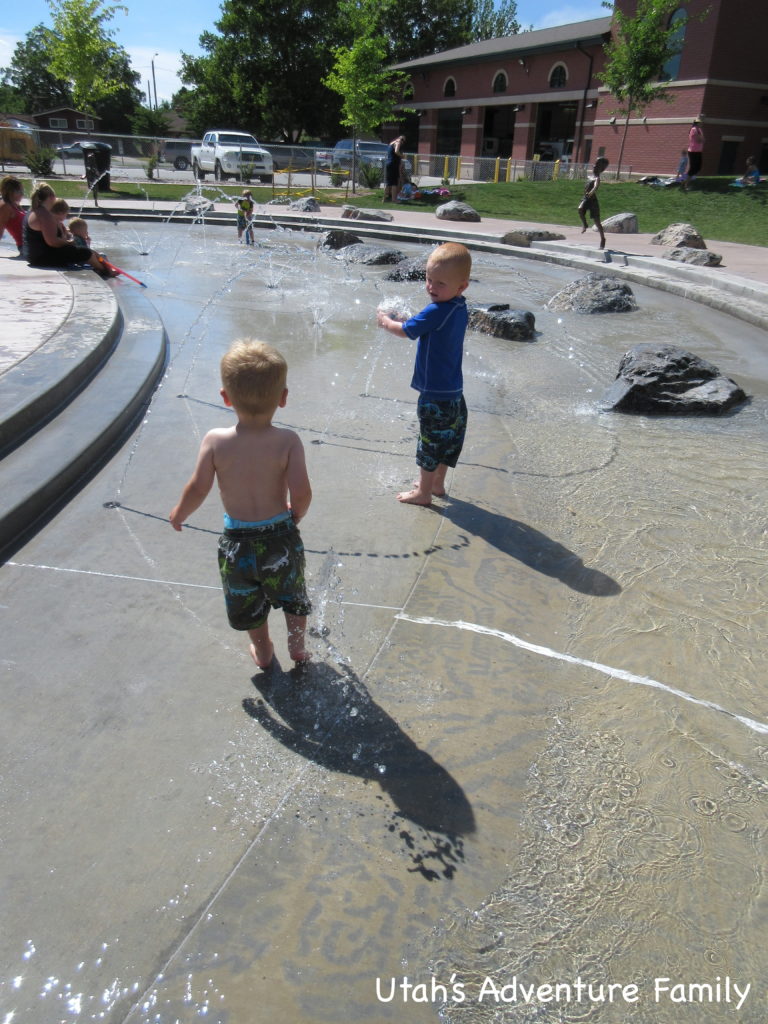 The shallow water is just right for the little kids. It is slightly deeper on the other side. 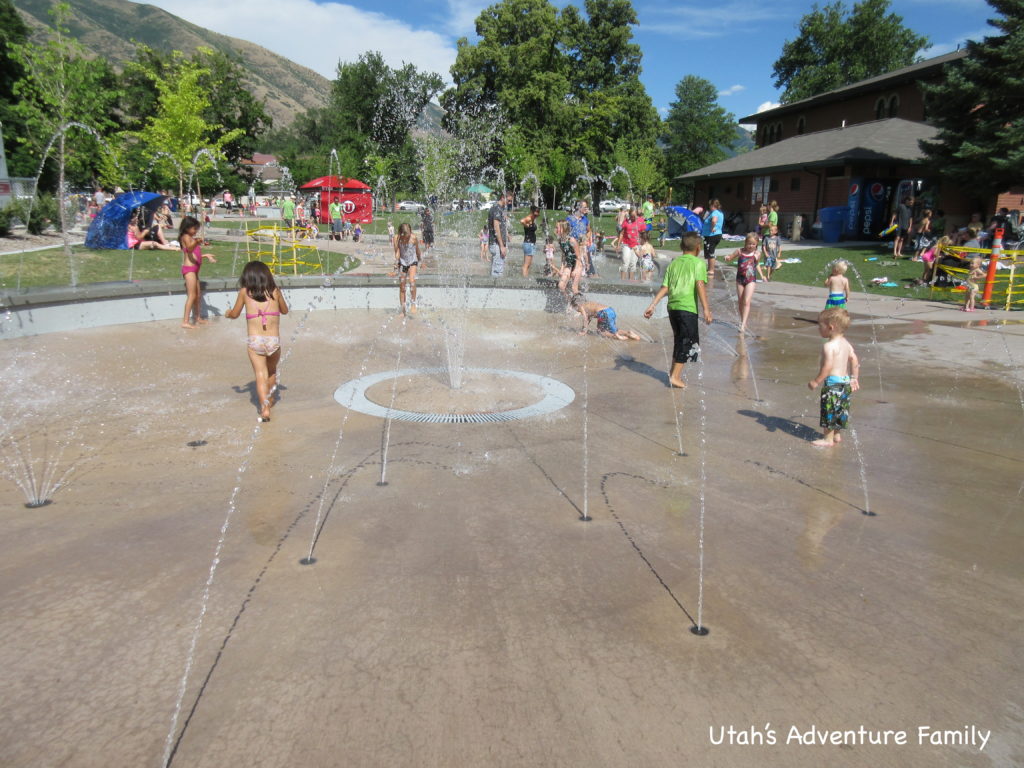 The Springville Splash Pad is fun!

There is limited shade, so you probably want to bring an umbrella or shade cover. There are some large trees that provide shade, but they are farther back from the splash pad making it harder to see the kiddos. There are bathrooms, as well as a large playground if you need a break from the water. 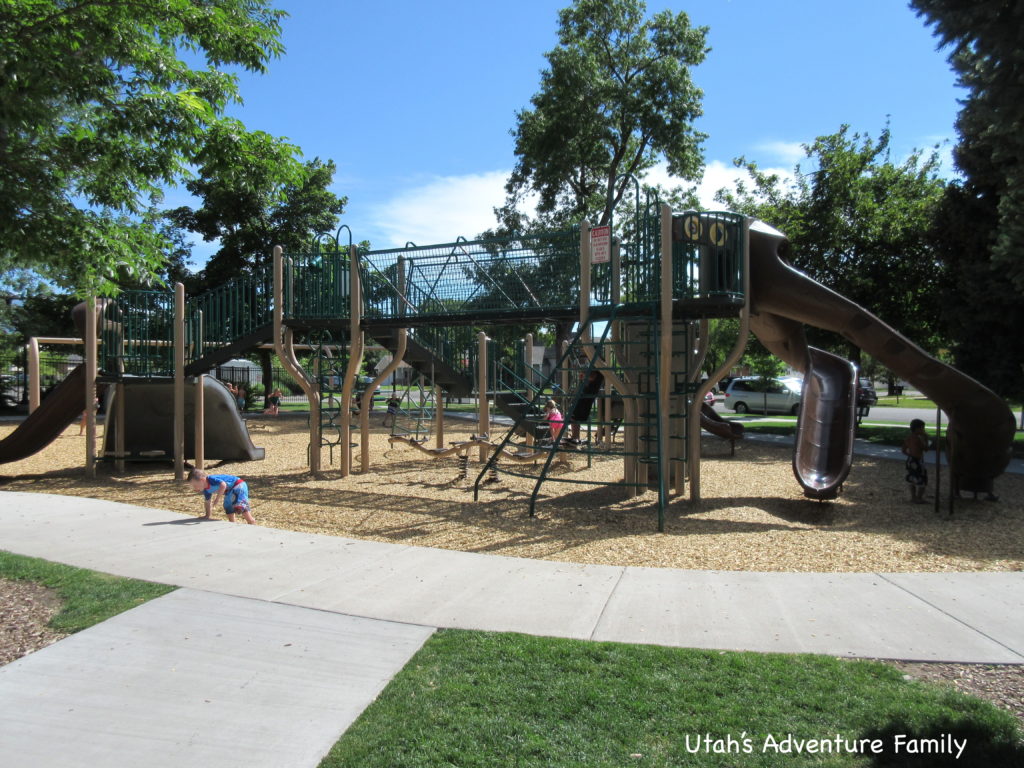 This is the large playground near the splash pad. It wasn’t too busy! 🙂 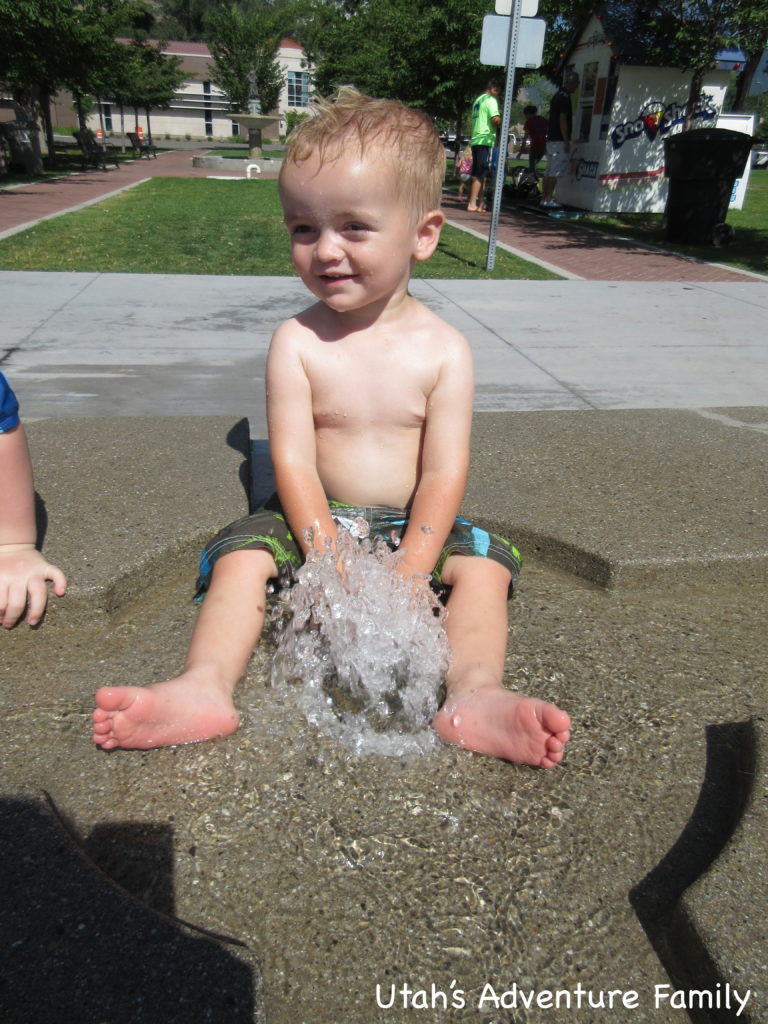 This is a separate fountain next to the splash pad. All the kids climbed in it. 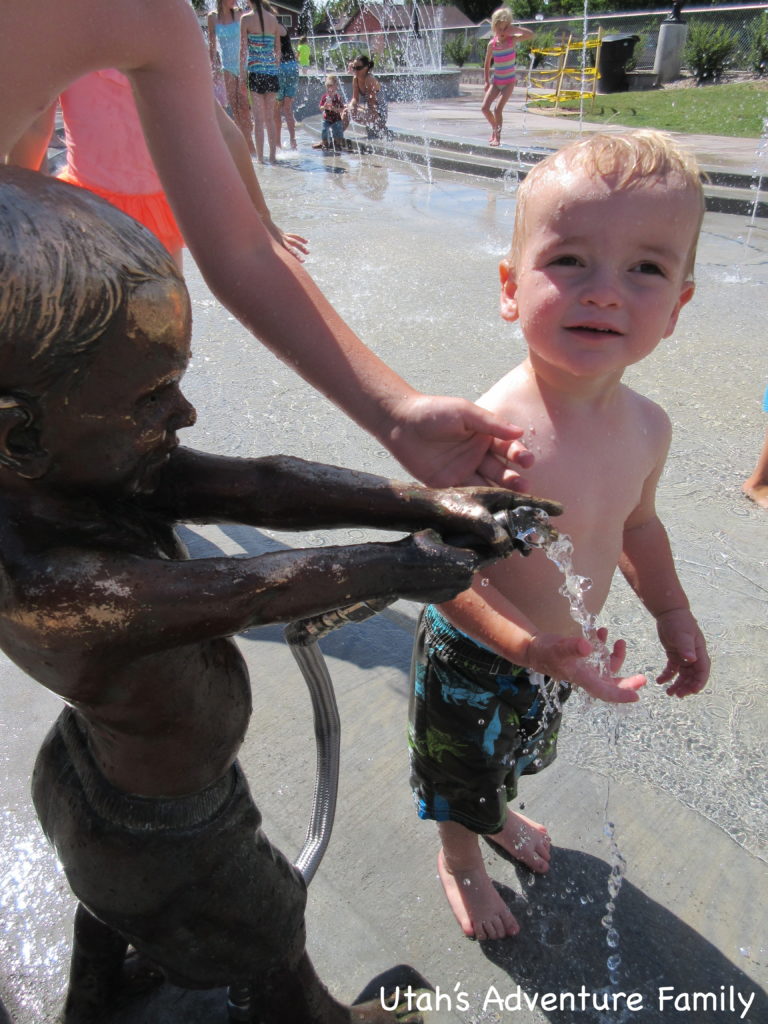 There are a few statues of children playing on the edge of the splash pad, but this one squirts water so it was a popular spot!

The Springville Splash Pad is a must visit during the summer!

From I-15, take the 400 South Springville Exit. Head West. Turn Left (north) on 100 West. Follow this until about 50 S. The Splash Pad is on your right (east). You can park on the street around it, or in the Civic Center parking lot which is 110 S Main.