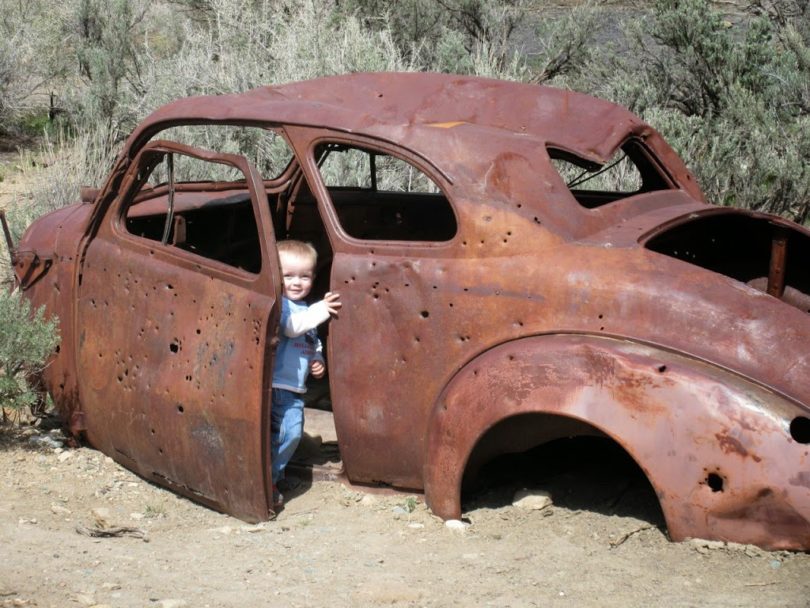 Ghost towns can be found all over Utah, mostly the remains of old Utah mining towns that didn’t quite last. Sego cropped up in Grand county in 1910 as a coal town and lasted until about 1955 when trains stopped using coal and dried up much of the demand.

Sego is close to I-70, so it’s an easy stop– just 5 miles from the freeway, and it can be paired with Sego Canyon Petroglyphs, which we passed along the way. Get off exit 187 and go north through the tiny town of Thompson. You can’t get lost finding your way to the ghost town as there is really only one road.

The first ghostly building we passed is the old schoolhouse, which was moved down to Thompson from Sego several years ago. A sign says you can take a tour by appointment, but you can’t see much else. We continued up the canyon and passed the petroglyphs, which are definitely worth stopping to see. After the second panel, we took a right turn and wound up the hill to the cemetery. It is fenced, so we didn’t go in, but it’s not big enough to wander through anyway. 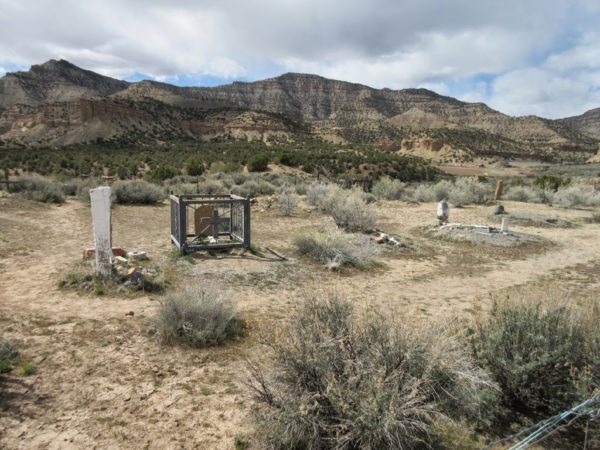 The cemetery is very small.

Further up the road, we passed some tumbled-down cabins made mostly of stone. The boys wanted to check out each one, so we did. An interesting note is that the coal mine allowed miners to build shacks where ever they wanted, so some houses are nestled right against the rock walls of this narrow canyon. Though you can see many foundations, only a few walls and roofs seem to be recognizable. There are about 6-7 houses or small building in this condition. 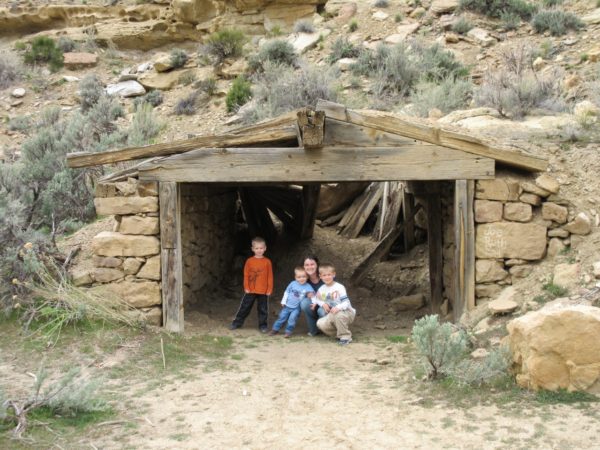 We had to stop and check out each ruined house.

Further in we came to a huge building that was the company store. Its rock walls still stand to a height of about 25 or 30 feet. Across the “street” the boarding house has recently collapsed. A few cars from the 40s are still recognizable, too. Of course, our boys had to poke around in all of them. Other than that, there isn’t much left of Sego. It was a fun trip for our boys to see something new. They’d been anticipating a real-live ghost town all week, and they weren’t sure if they should be scared or not! 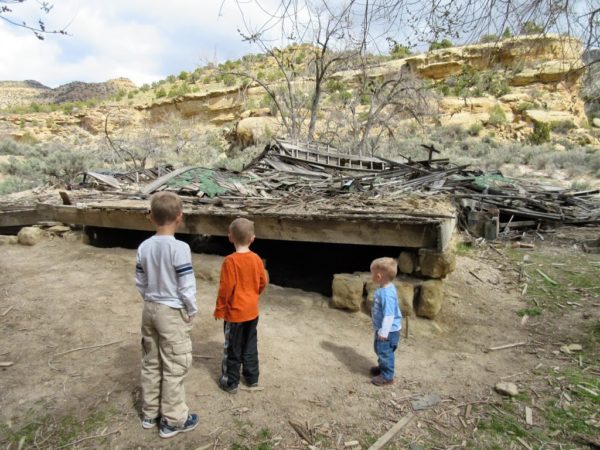 This is the boarding house that is in ruins now. 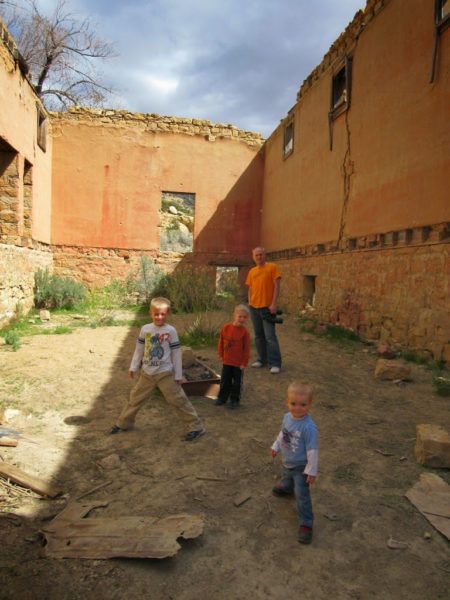 The company store was huge. 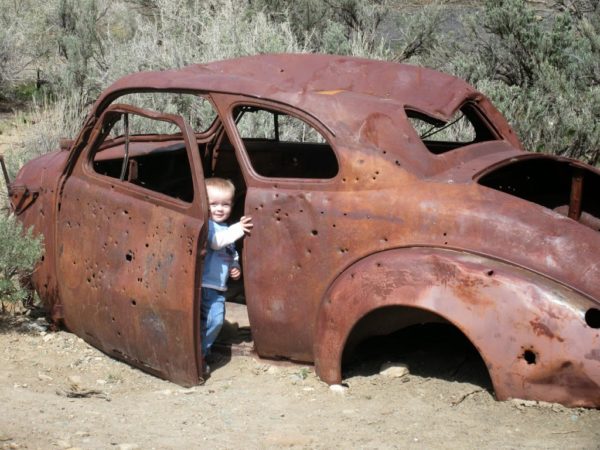 The rusty old cars were popular with our boys. 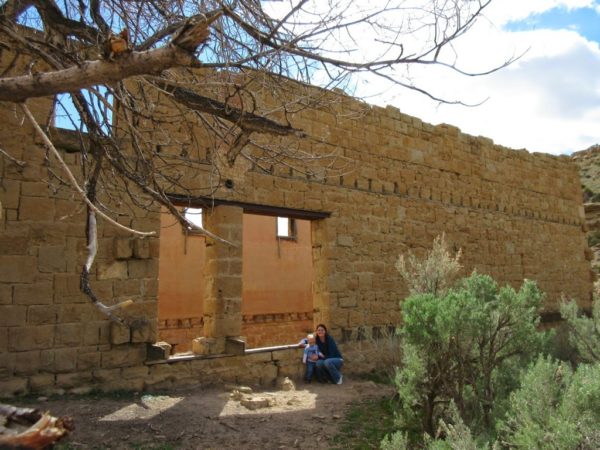 We had a great time exploring Sego Canyon Ghost Town.

Take exit 187 off the 1-70. Head north toward the town of Thompson. There is only one road. You will pass the Sego Canyon Petroglyphs (make sure to stop), and then continue on to the Sego Canyon Ghost Town. It is about 5 miles on a dirt road, but our van made it just fine.