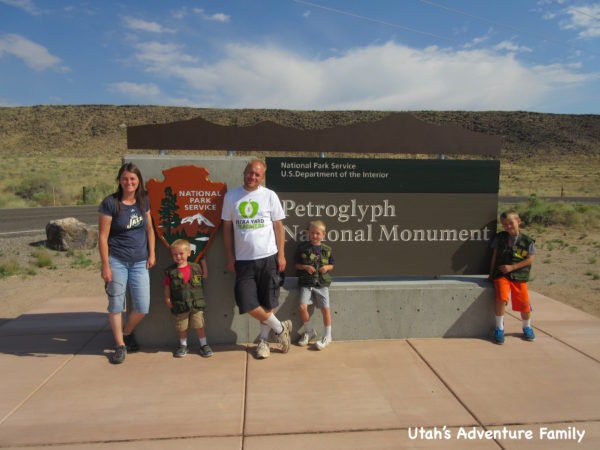 Petroglyph National Monument is an urban site located right next to the city of Albuquerque. The city of Albuquerque and the federal government work together to run this park, which is rather large in area. There is a Visitor’s Center and several hikes that allow you to see thousands of ancient petroglyphs. In fact, park literature states that there are 23,000 petroglyphs in the park boundaries.

We didn’t see anywhere close to 23,000 petroglyphs, but we did see quite a few. You’ll want to start your tour at the Visitor’s Center, where there aren’t any trails or petroglyphs, but where you can get information on each of the trails as well as pick up some Junior Ranger booklets for your kids. All of the trails start at different places, which means a short drive from the Visitor’s Center. All of the trails are pretty short and family friendly, too. We tried a few trails which we will detail for you here.

The first trail we tried was Mesa Point Trail. This is a very short, but very steep climb to the top of the mesa. There is a beautiful view of Albuquerque from the top, and the trail is not nearly so bad as it looks from the bottom. If you do find the trail is a little much for you, just go to where it splits. You will see as many petroglyphs in this first 75 yards as you will around the rest of the lollipop. If you are lucky, you may even see a roadrunner like we did!

The second trail we walked was called Macaw Trail, and it was extremely short, taking just 5 minutes to walk. Be careful, though, all these trails are rocky and you could easily slip and hurt yourself on the black basalt. The main feature of Macaw Trail is a beautifully carved macaw, which makes you wonder how it got here in the middle of the desert.

At the Macaw Trailhead, there is a restroom, and on the other side of the toilets there is a second short trail called Cliff Base Trail. This one is about a 15 minute walk and goes right along the cliff face allowing you to see several more beautiful petroglyphs. This trail is very flat as it follows the edge of the cliff. 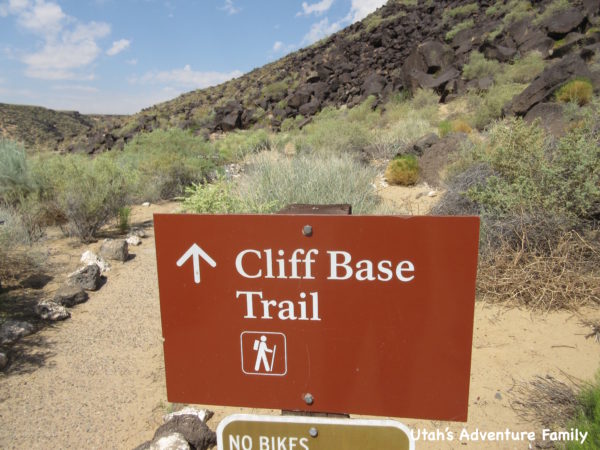 There are quite a few other trails where you can see more petroglyphs, but we only had half a day to explore the park. We spent a few hours and were very pleased with how many petroglyphs we were able to see.

No one is sure how these petroglyphs were carved or what they mean. They don’t even know why there is such a high concentration in this area, but if you’re in Albuquerque, you should definitely check out Petroglyph National Monument.