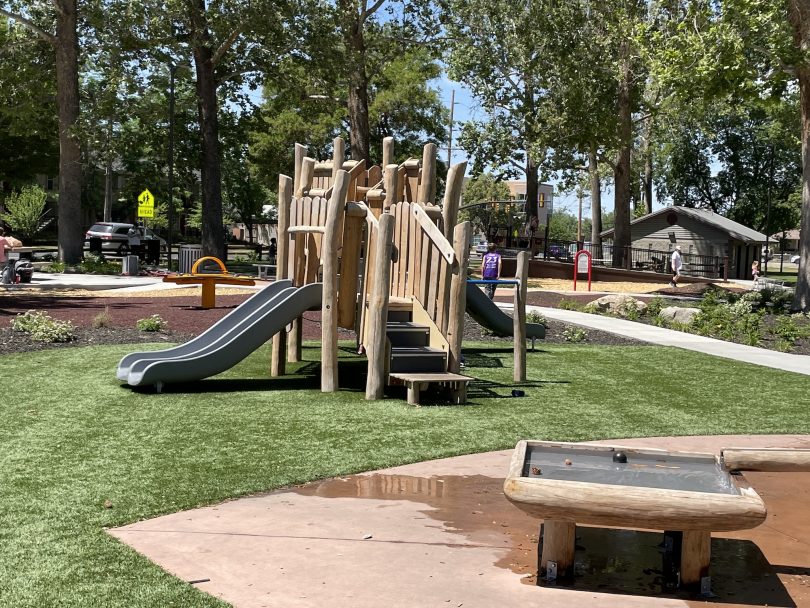 Provo just redid the playground at North Park and created the Unlimited Play Area. This park is now all-abilities accessible and has new equipment. Fortunately they left the large trees, so there is lots of shade. If you have younger children, North Park Unlimited Play Area is perfect for kids 8 and under.

The play equipment is geared for younger kids. The playgrounds are smaller and the toys are little. There is a small water feature that is fun for kids to splash in a bit. This playground has two ziplines, lots of swings, and big fun slide. This was by far the most popular spot in the park. North Park Unlimited Play Area also has lots of spinning toys for kids to play on, and get dizzy.

The shade also makes North Park in Provo a great for a picnic. There are picnic tables throughout the park, as well as two large pavilions. This park also has restrooms and open grass areas. It is located on the corner of 500 N and 500 W in Provo and is right next to the Provo Rec Center and Provo Pioneer Village, which are two other spots we love to visit.

If you are looking for other fun parks, check out our list of The 15 Best Parks in Utah County.