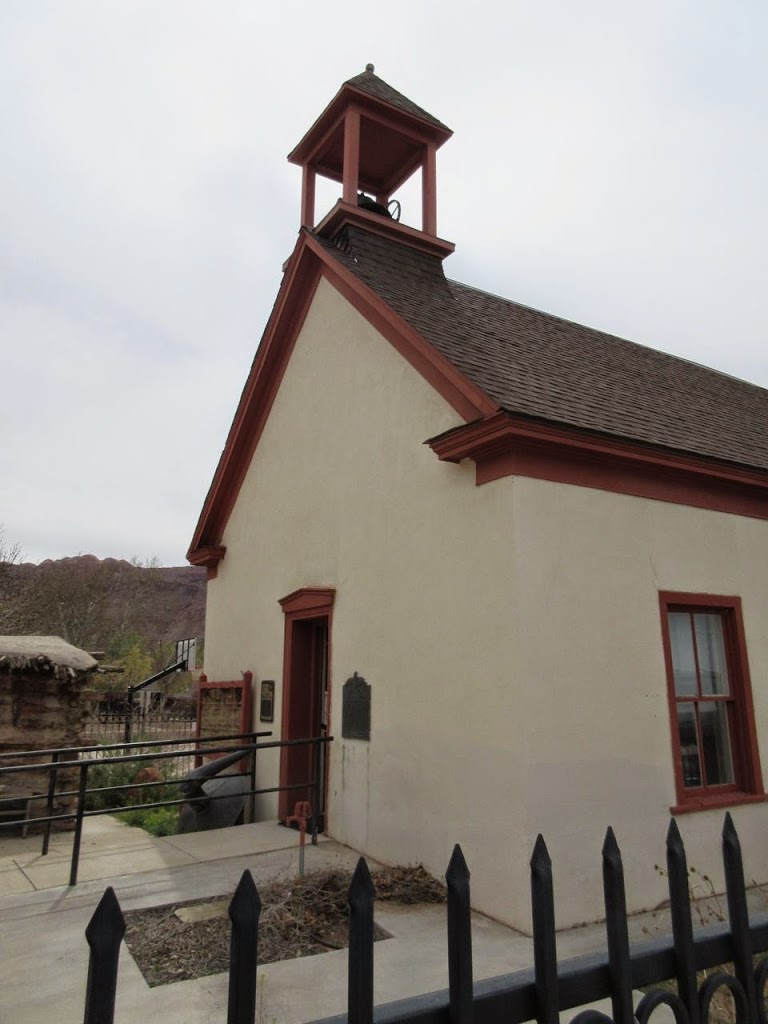 The Daughters of the Utah Pioneers museum in Moab isn’t much. It’s only open a few hours per week (currently 2-4 pm Wednesdays), and our visit interrupted one of their meetings. The building for the museum is nice, but the larger of the two rooms is mostly a meeting place filled with portraits of the original settlers of Moab.

In the museum portion of the building there is a room about the size of big living room with several displays. An old wooden plow is the center piece, but there is clothing, furniture, and few other items to peruse. Our boys were allowed to ring the bell by pulling a rope, which they thought was cool enough to make this stop worth it.

There is also a cabin that stands outside of the museum that was built in the 1880s. It was moved to this site and preserved. We went in, and it was interesting to see the construction of the roof: branches bundled together with adobe mud on top to keep the rain out. The walls were also chinked with mud, and there were a few pieces of furniture inside.

We are great fans of DUP museums, but most people won’t want to take too much time for this one.