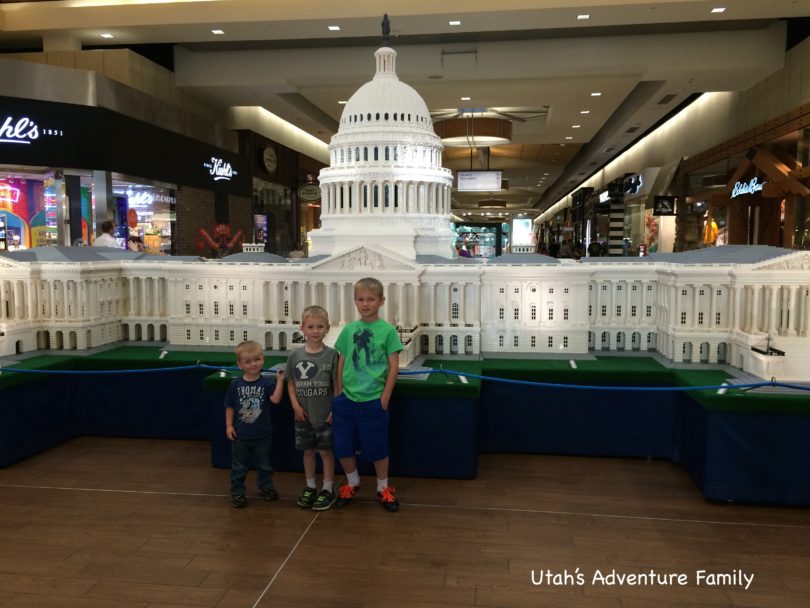 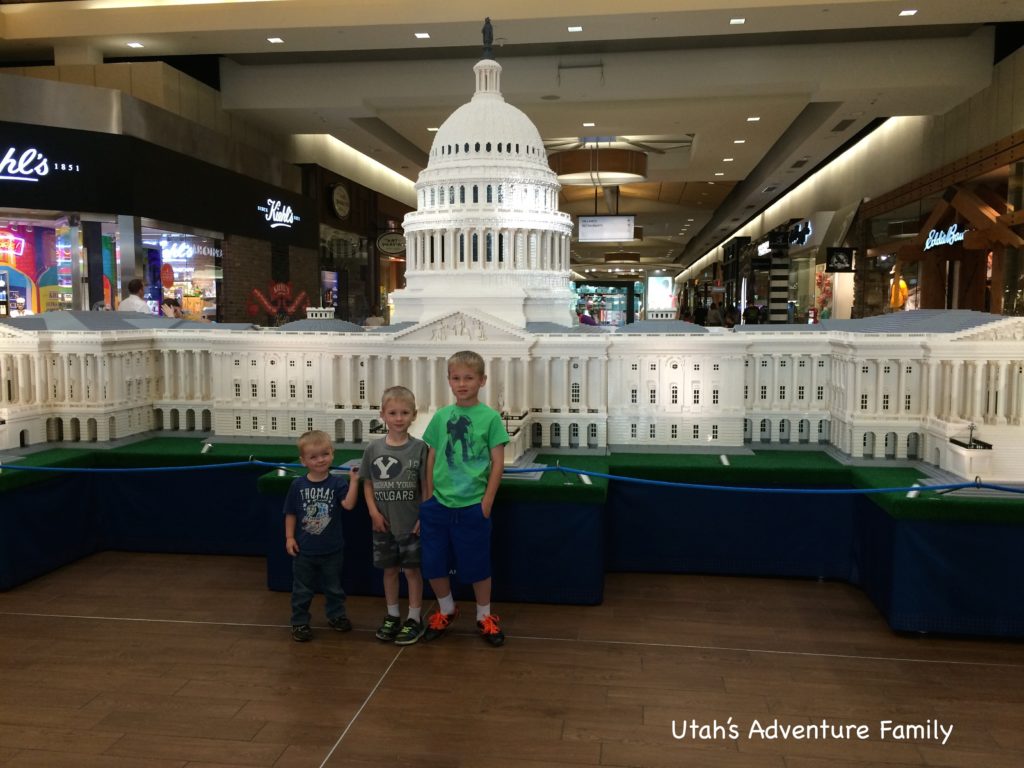 The Capitol Building was very impressive!

Lego Americana visited the Fashion Place Mall this month. Our boys are casual Lego fans, so we decided to make the trip.

We were blown away by the size and intricacy of the displays. Each one depicts an American landmark. There was the Washington Monument, the Old North Church in Boston, the Statue of Liberty, and the Lincoln and Jefferson Memorials. These displays are made of thousands of Lego bricks, and each one has a bit of information on the historical significance of the monument as well as facts about the Lego models like how many man-hours they took and how many blocks are included. We learned a lot of fun facts about the Lego creations, as well as historical facts. 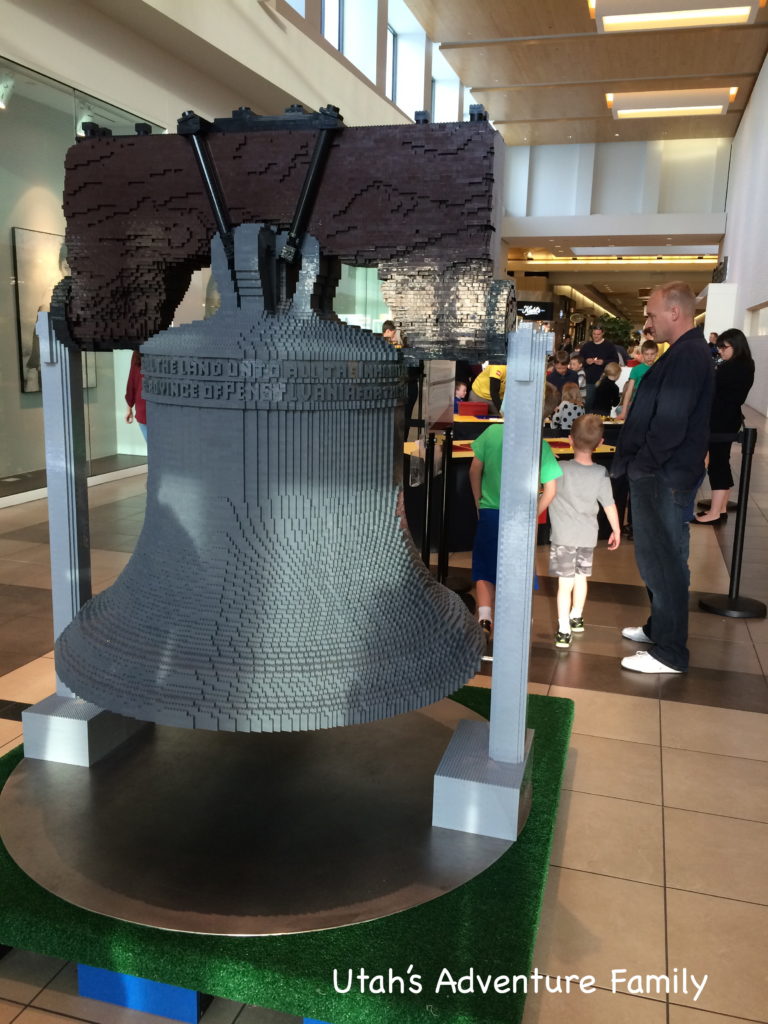 The Liberty Bell is built to actual size. 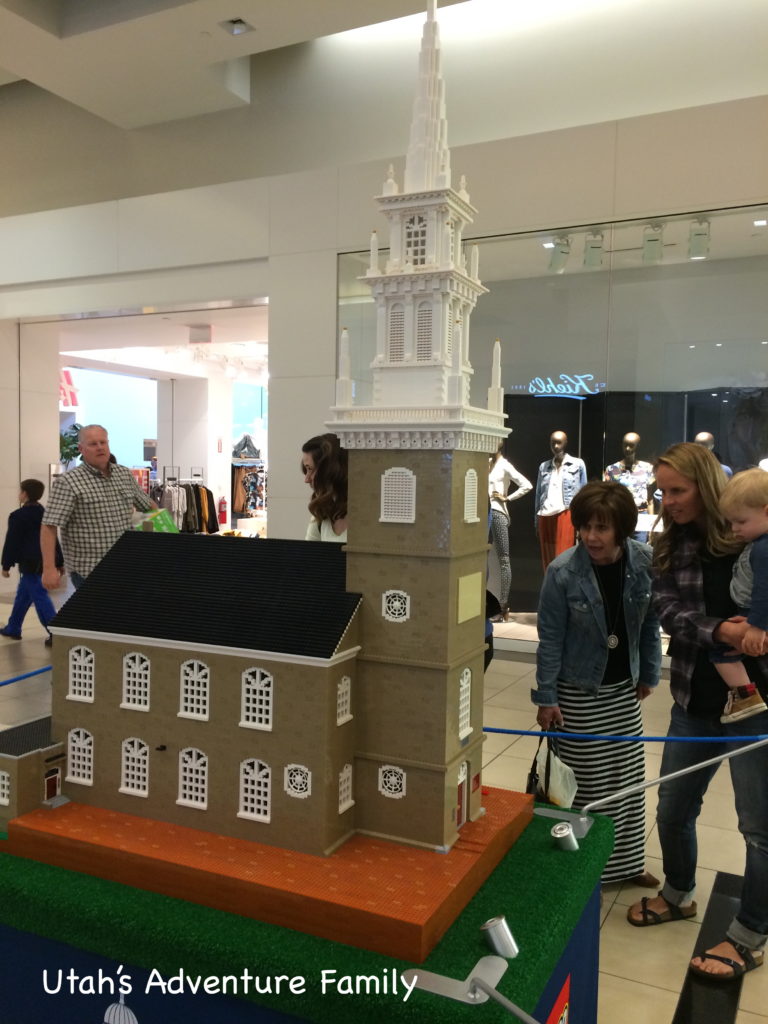 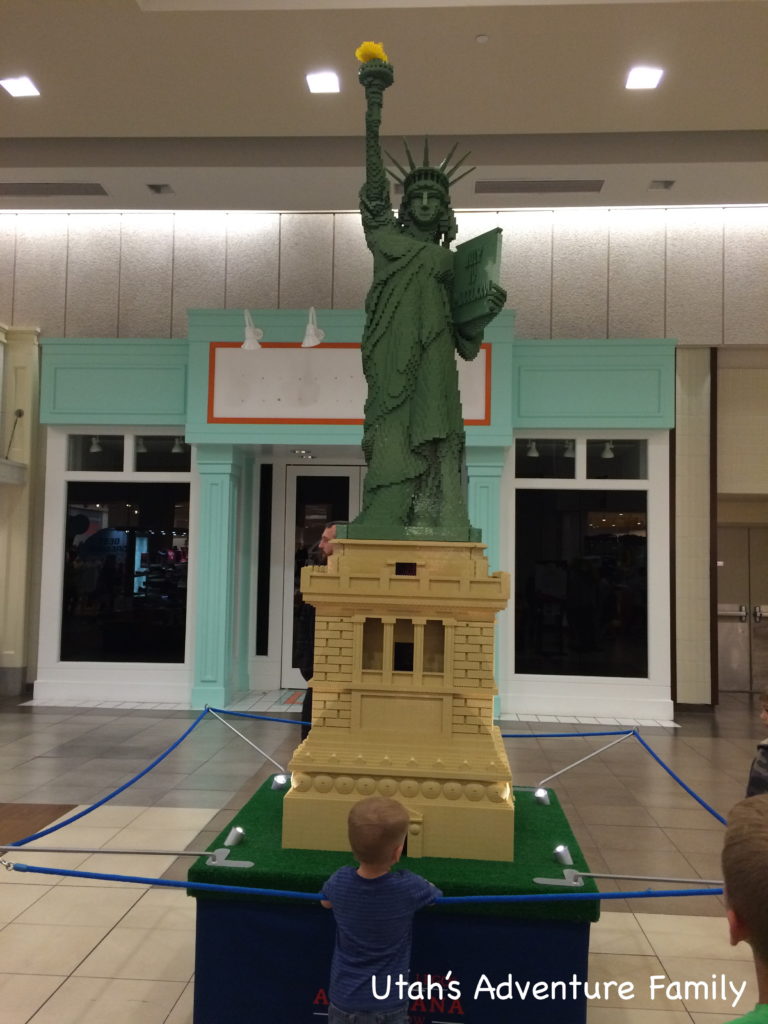 Mom’s favorite was the Statue of Liberty.

The centerpiece of the display is the Capitol Building. It is absolutely massive covering a good 20 feet x 10 feet. Our boys were amazed at the detail and size of this model. 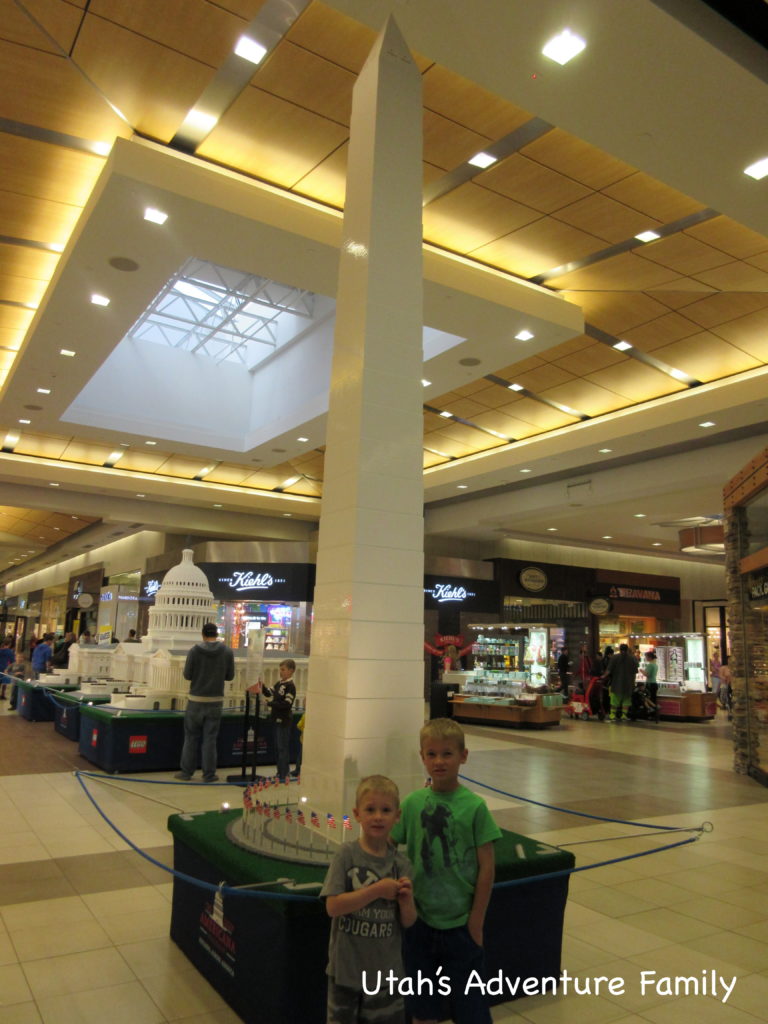 The Washington Monument was pretty impressive, too. 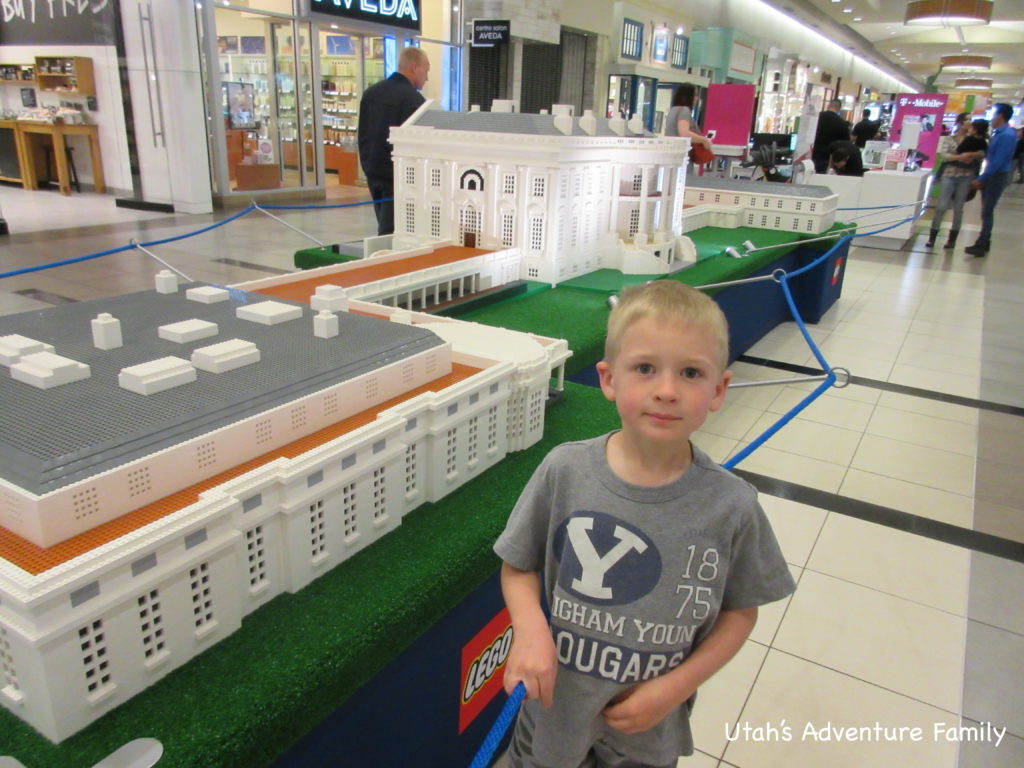 The White House was pretty large with both the east and west wings attached. 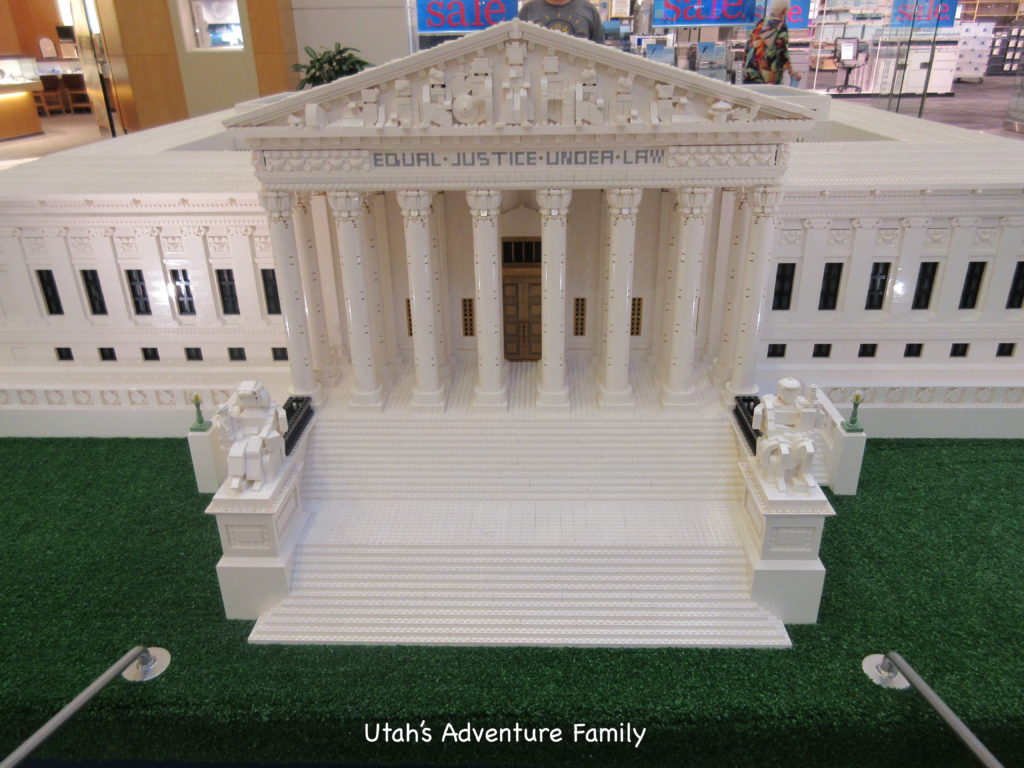 The detail was amazing. Look at the Supreme Court! 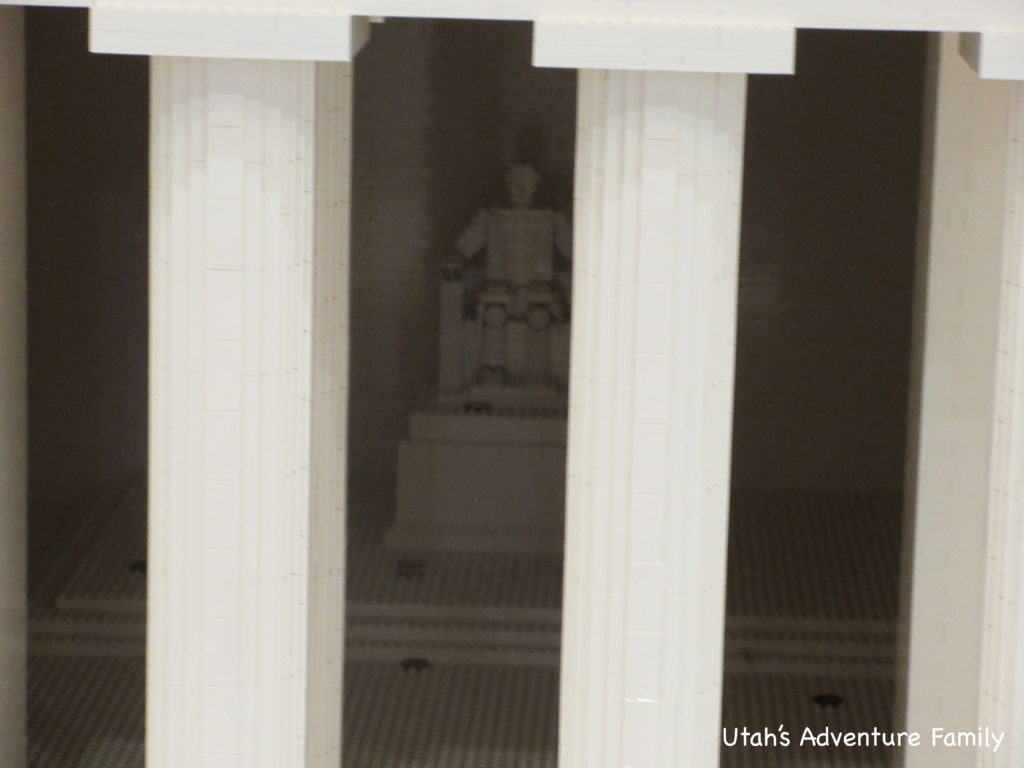 They even had Lincoln’s statue in the Lincoln Memorial.

Our boys really liked that they had a Lego Play area. There were Legos set out for you to create a car and then race it down a small track. They had a great time trying to make a sturdy, but unique car. 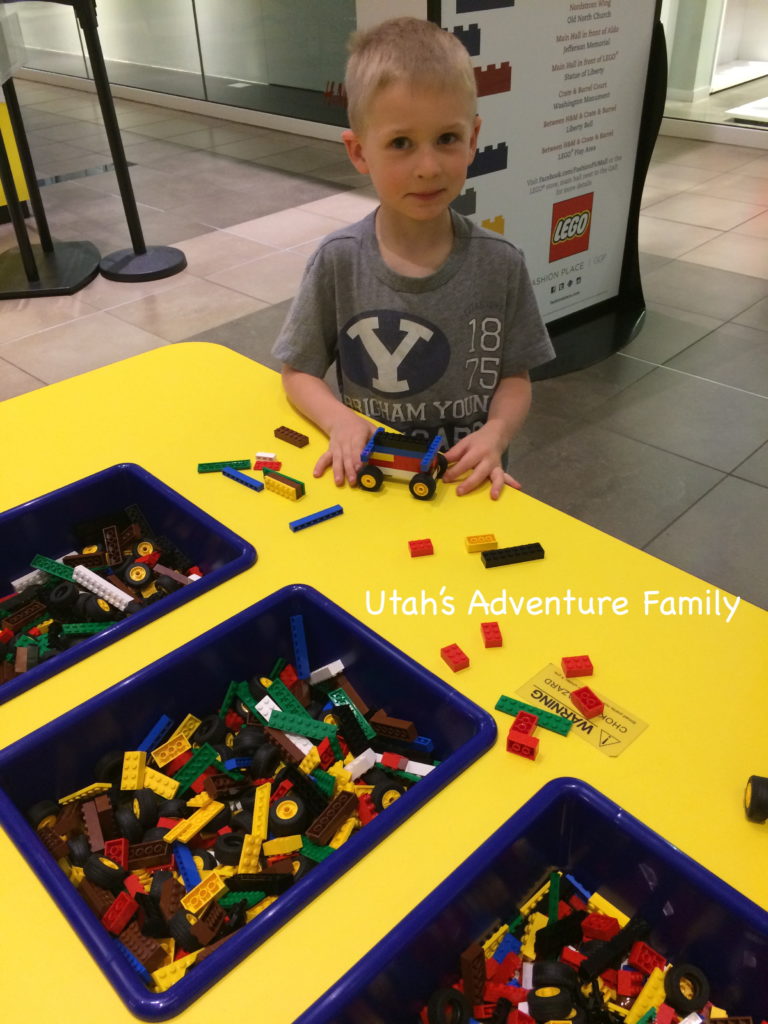 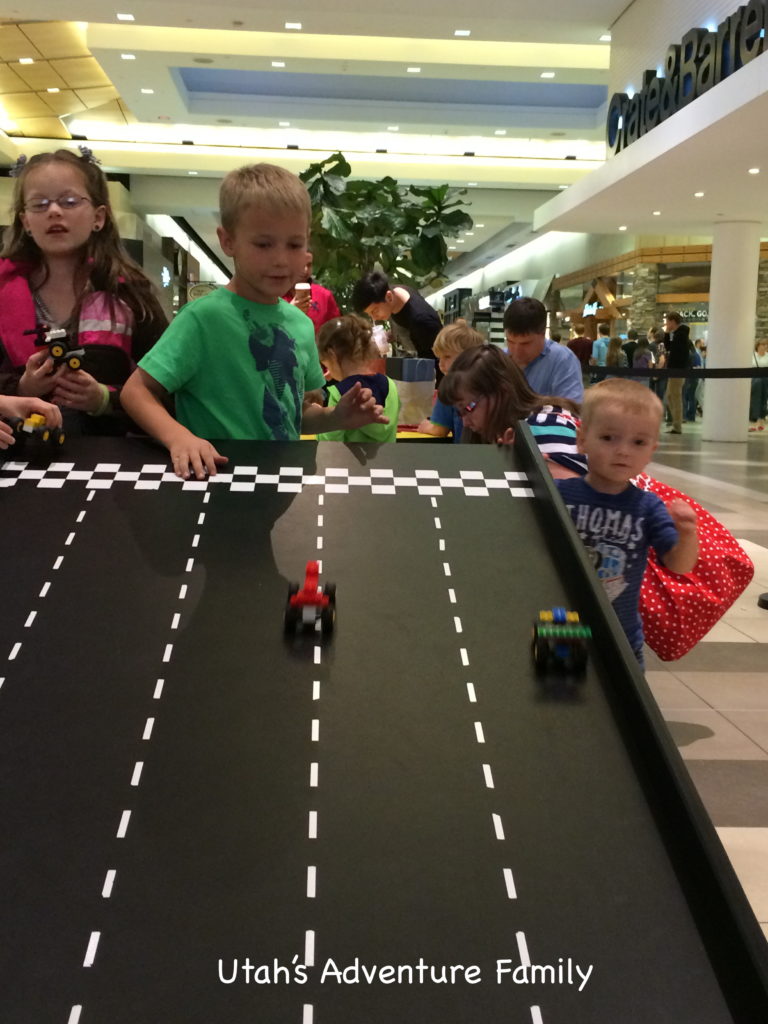 It was fun to race the cars even though pretty much every car crashed at the bottom! Then you got to build a new car!

If you get a chance to see Lego Americana, check it out! You can find their schedule on Facebook.