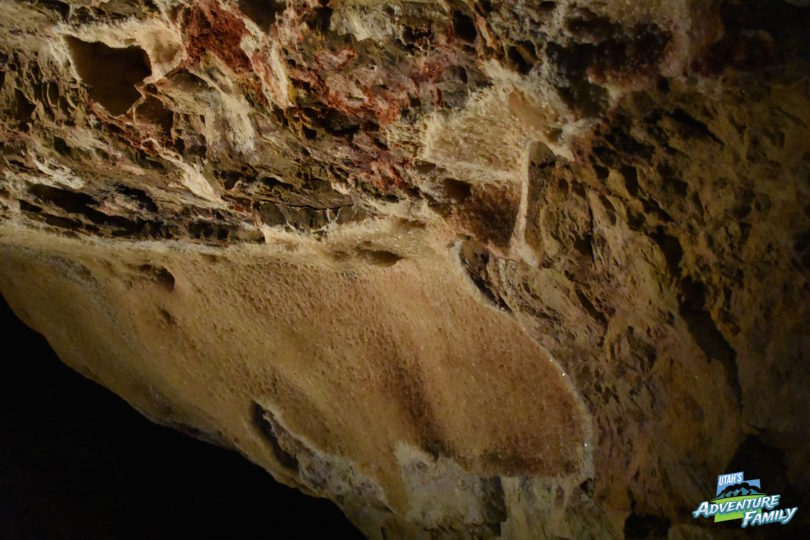 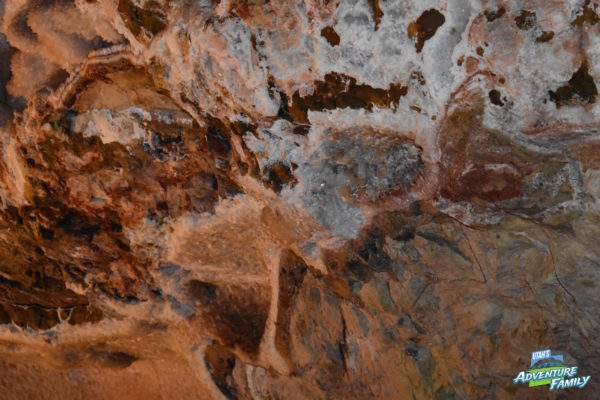 Can you see the jewels in this picture?

Jewel Cave National Monument is located in South Dakota and is part of our South Dakota road trip adventure. This cave is conveniently located west of the town of Custer really close to Wind Cave National Park and Mount Rushmore.

One thing to know before you go to Jewel Cave is that it is fairly strenuous to do the main tour. This tour is called The Scenic Tour, and though there is an elevator you still have to walk up and down hundreds of stairs (around 600 according to park literature). There is a shorter tour to just the first room and a history of the cave, called the Discovery Talk, which is a nice alternative. 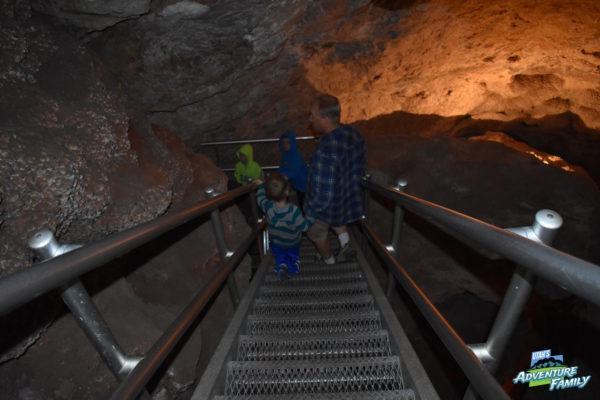 There are a lot of stairs in Jewel Cave National Monument. A lot! 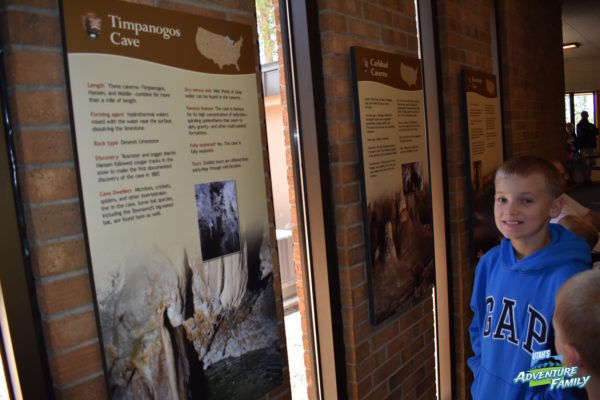 We were pretty excited to see Timpanogos Cave on the wall since we live about 15 minutes away from this cave.

In order to do the full Scenic Tour, you should be in good health and able to manage those stairs on your own. The park recommends no carrying, though they don’t really enforce it, as we found out on our tour. Our four year-old, who is used to hiking did it fairly easily, but someone on our tour thought they could bring a baby and ended up carting them back up after about a third of the way through the tour. This was a mistake as tickets are $12 for an adult and $8 for a youth, though age 5 and younger is free. The Scenic Tour takes a full 90 minutes to complete, too, and the temperature is in the 40s, so plan appropriately. 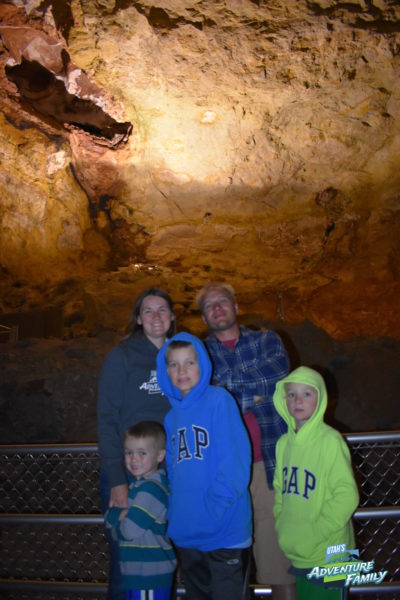 We love touring different caves. And it was definitely cool inside. You will want a jacket.

Jewel Cave was named for the crystals that are found throughout. There were both glassy and dark brown crystals, but don’t expect too much. The crystals aren’t gemstones like the Seven Dwarves cut; so don’t go to the cave just to see them. This cave actually reminds us a lot of Timpanogos Cave. It is mostly narrow and winding up and down steps through different caverns with cave formations. Though the cave is fairly dry, there are soda straws, cave bacon, stalactites and stalagmites and flow stones. We really liked the flowstone called Jabba the Hutt and his four foot long soda straw. 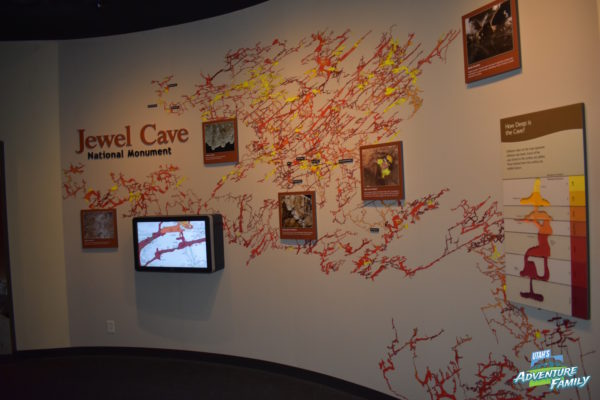 Jewel Cave is huge! This map shows all the different pathways throughout the cave. 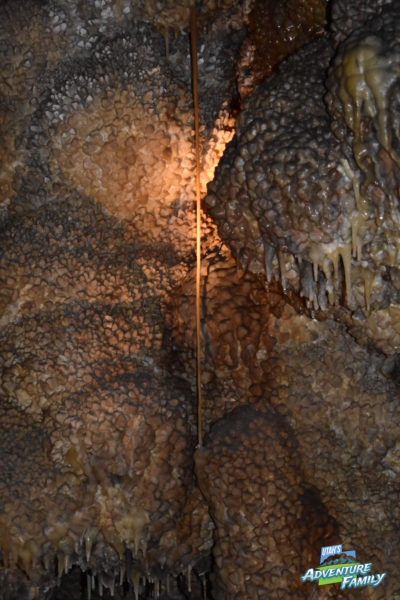 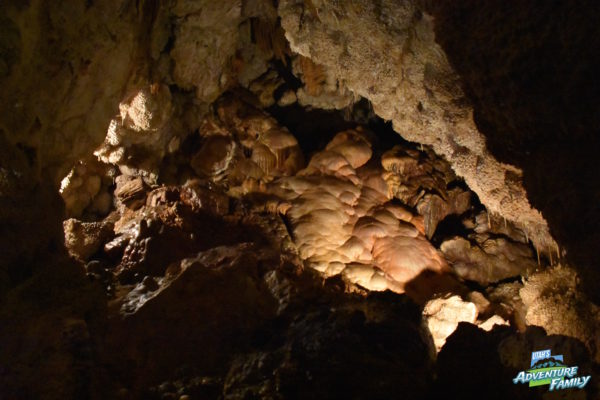 There were some really interesting features to see in Jewel Cave National Monument. 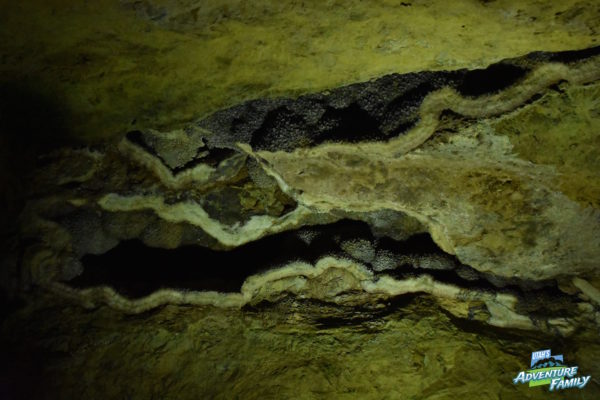 Some of the crystals were a dark brown color. 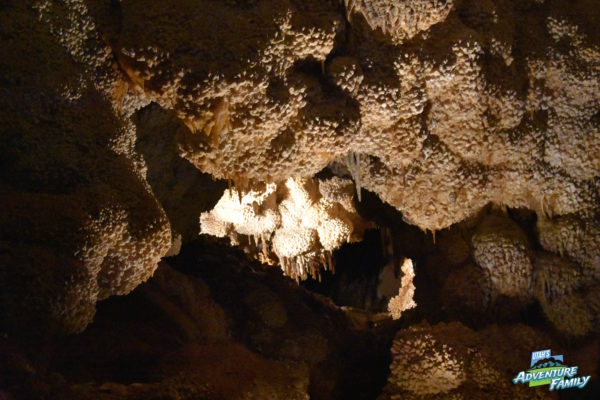 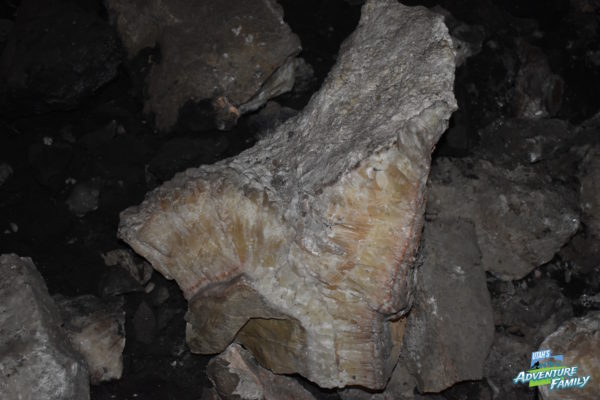 You can see how this rock in the cave has crystals inside of it. 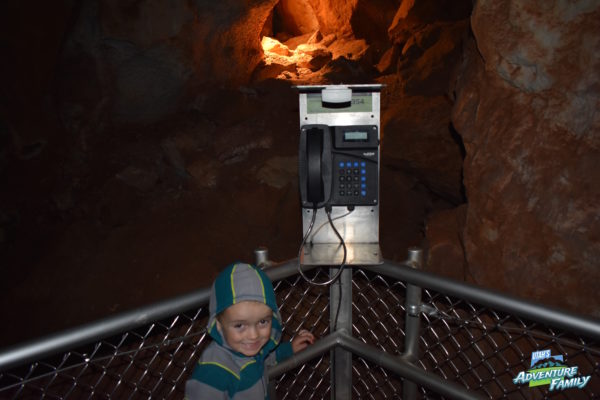 Because Jewel Cave is a national monument they have a great Junior Ranger program, but it is pretty involved. We spent around 90 minutes completing it, not including our cave tour, so either print it out online or pick it up when you get tickets and work on it all day. 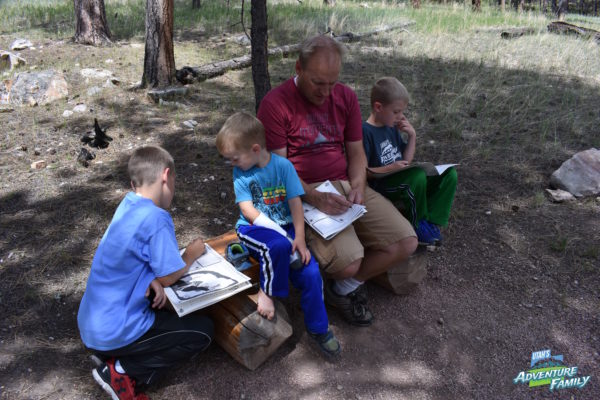 We worked hard for the Jewel Cave Junior Ranger badge. 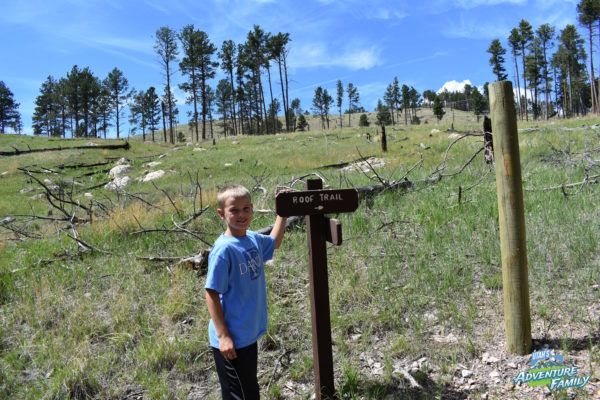 There is a small trail around the visitor’s center that we walked for the Junior Ranger program.

Speaking of tickets, they can be difficult to get. You can’t buy tickets before the day of the tour, and you must get them at the park. We arrived at 8 am right when the park opened and were behind about 20 other people. We were easily able to get tickets, but it was fairly early in the season. If you come to Jewel Cave, don’t plan to walk up and into the cave, but instead come early or call ahead for availability. Jewel Cave National Monument is an essential stop if you’re in the South Dakota area! 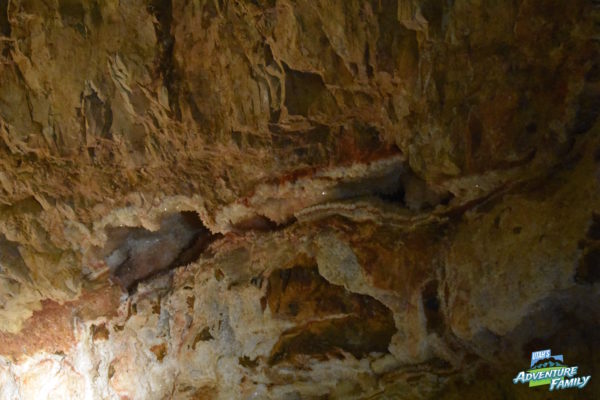 Jewel Cave is filled with crevices full of jewels.