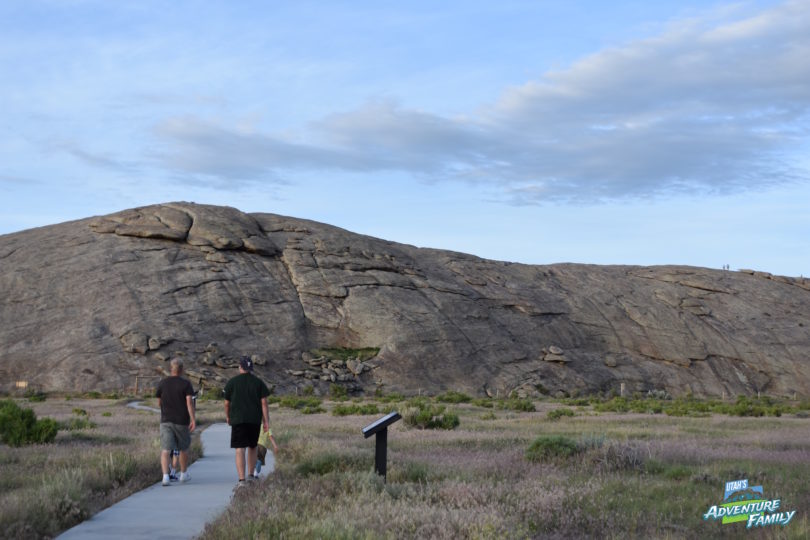 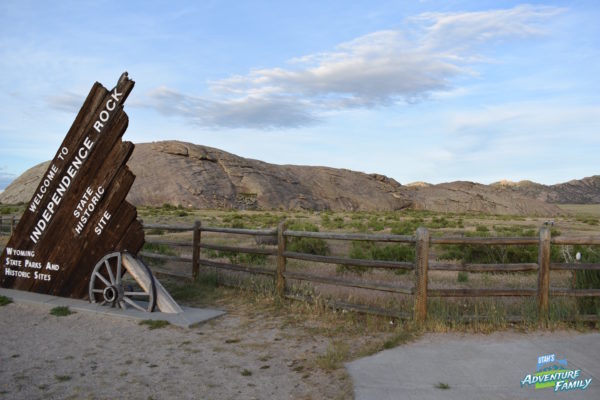 On a recent trip to Mount Rushmore we stopped at Independence Rock in central Wyoming. This spot is just a few miles down the road from Martin’s Cove, so be sure to check that out, too. Independence Rock was an important stop along the pioneer trail throughout the 1850s and 1860s. Experienced trail travellers knew that if your wagon train hadn’t reached the huge round dome of rock by Independence Day, you were coming along the trail too late. Thus they named the rock Independence Rock. Many pioneers scratched their names and the dates in the rock. The oldest dating back to 1842!

The rock is a protected site, but you are still allowed to climb the steep dome. Please don’t scratch your name in the rock now, as that takes away from the history surrounding the site. Some people had even scratched their names right among the pioneers, making it difficult to take a nice picture. If you look closely, you can see names all through the 1800s and 1900s, so this graffiti has been going on for quite awhile. 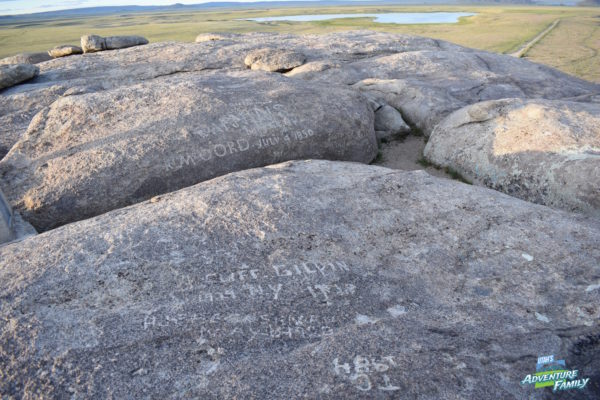 There are names all over the rocks. 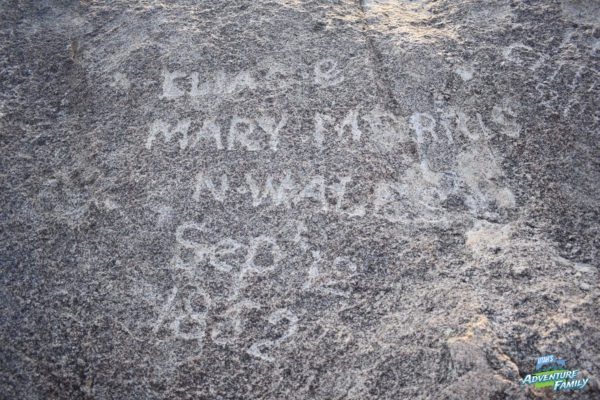 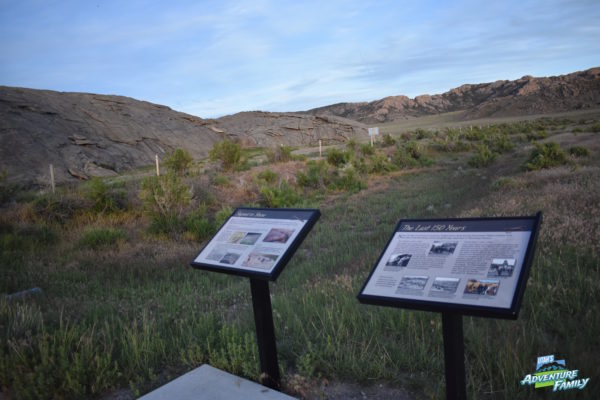 There are signs along the trail to the rock that give great information about this landmark.

If you are actually going to climb Independence Rock you’ll need good shoes. The rock is extremely steep, and there is no established trail. You just pick a spot you think you can go up and start scaling. We made it all the way up while holding hands with our 4 year-old, but you may not want to be as adventurous if you’re not a confident climber in pretty good physical condition. When you get to the top, though, is where you spot all the names. There are also large cracks in the top of the dome, which can be walked through like passageways. Be careful up there, because it would be a good six to ten foot drop if you fell in one unexpectedly. 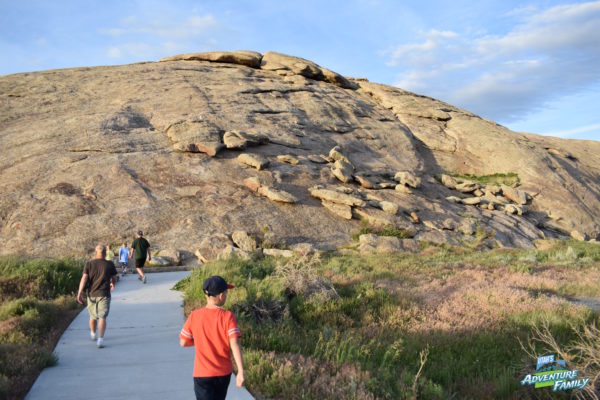 You will follow the path from the parking lot to Independence Rock. The trail walks around, but we started climbing right up. 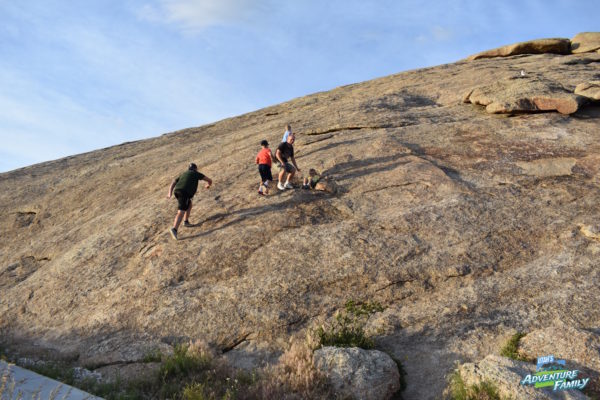 Make sure you have tennis shoes on. Our nephew was wearing flip flops and he kept losing his shoes! 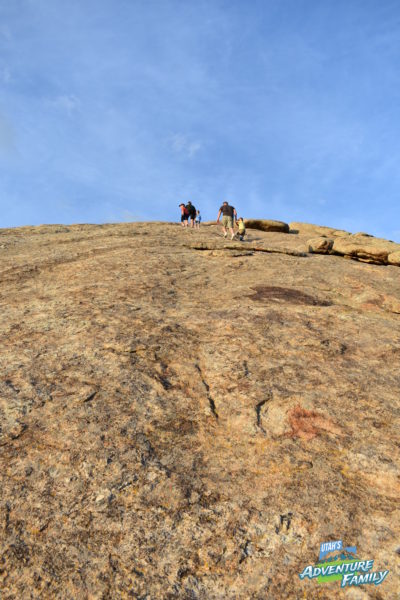 It is a steep walk right up the rock, but super fun! 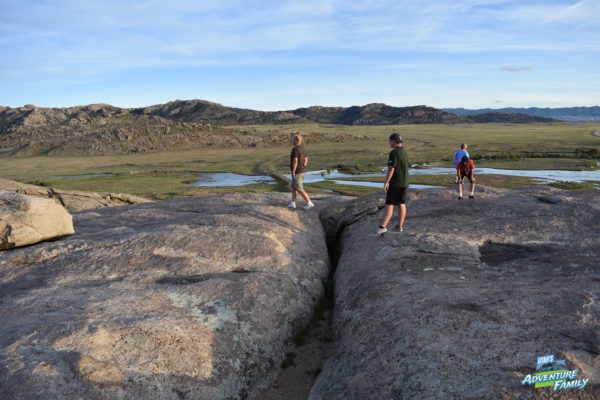 At the top you will see lots of open crevices, so be careful with little ones.

If you don’t want to climb the rock there is still plenty to see. A trail runs around Independence Rock, and we saw tons of rabbits when we were there about dusk. We even saw a small herd of pronghorn in the shade of the rock. This is a great stop along the pioneer trail if you happen to be way out in the middle of central Wyoming. 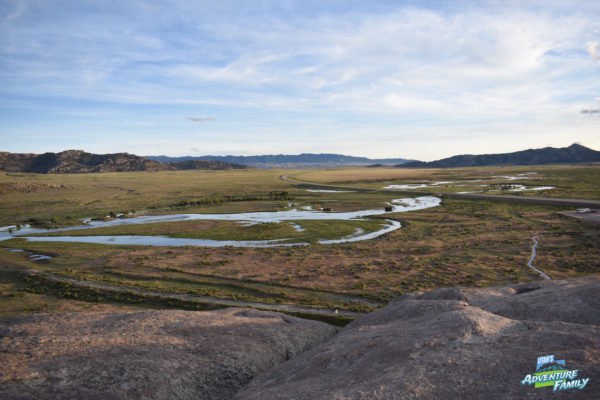 The views are beautiful at the top. 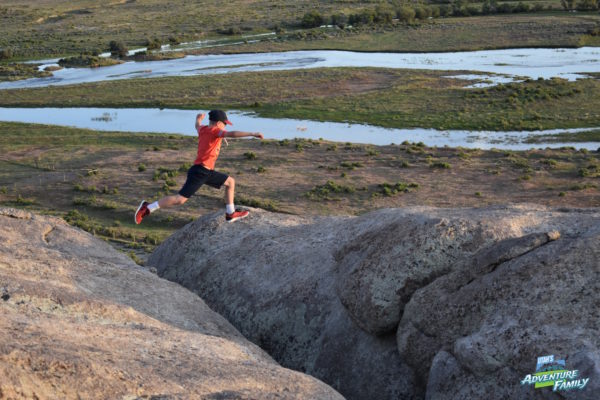 Our boys had fun leaping across the ledges. Be careful though and only let your kids do what you feel is safe. 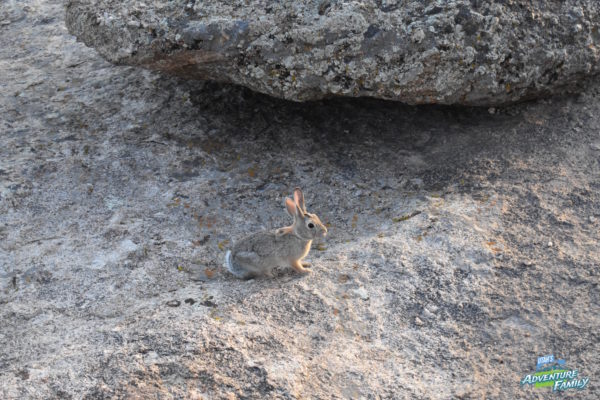 We saw lots of little bunnies running all over Independence Rock. 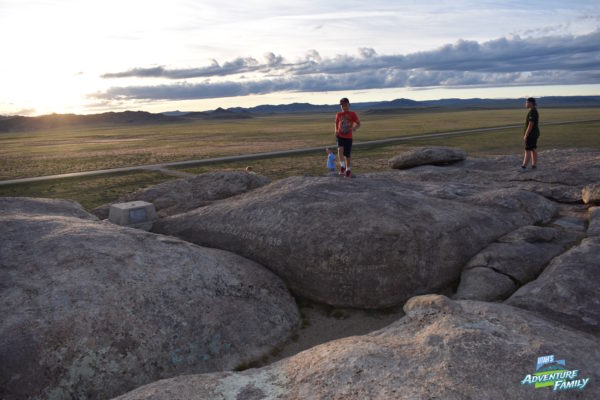 We loved climbing up Independence Rock like the pioneers did.