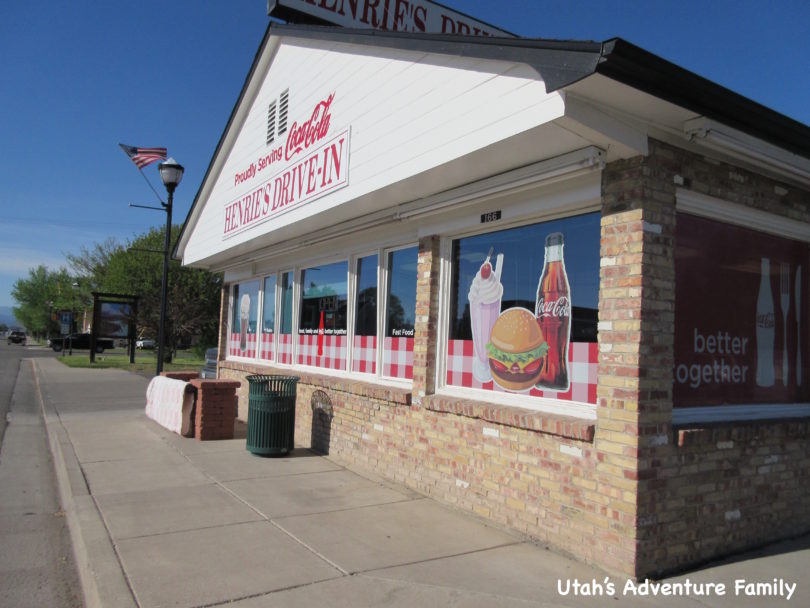 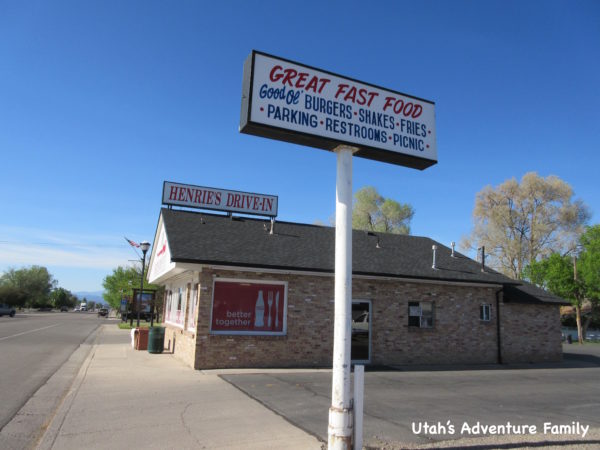 Henrie’s Drive-in located in Panguitch, Utah is one of our two favorite restaurants in Garfield County along with Nemo’s in Escalante.

Henrie’s is located right on Main Street, and it is a basic hamburger, fries, and shakes joint, as almost all of our favorites are! This restaurant is low priced, and the food is really good local fare. 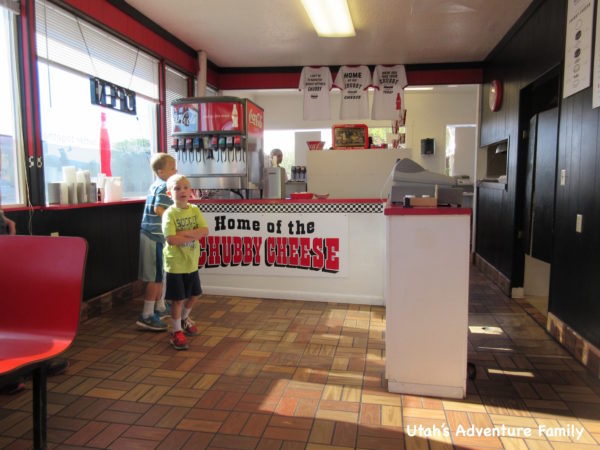 Henrie’s is a traditional burger place, just like most of our favorites!

The signature burger at Henrie’s is the Chubby Burger, which is a quarter-pound cheeseburger with a special sauce. Dad had to try that, of course, but Mom took a different approach and opted for a pork burrito. The Chubby Burger was great, and the burrito was surprisingly delicious for a fast food restaurant. One thing that impressed us was the price of the kid’s meals, which were only a few bucks. Our family of 5 got out of this restaurant for around $25 (before shakes). 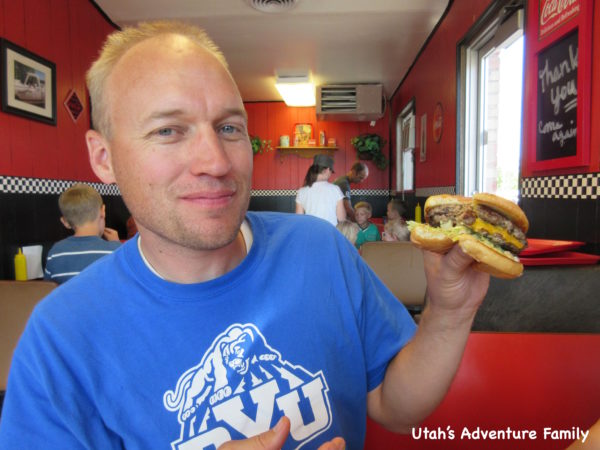 That’s the Chubby! (The burger, I mean) 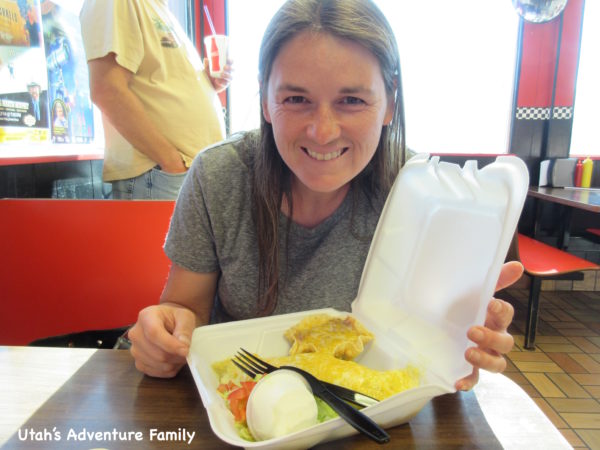 A burrito was an interesting choice, but it turned out to be good. 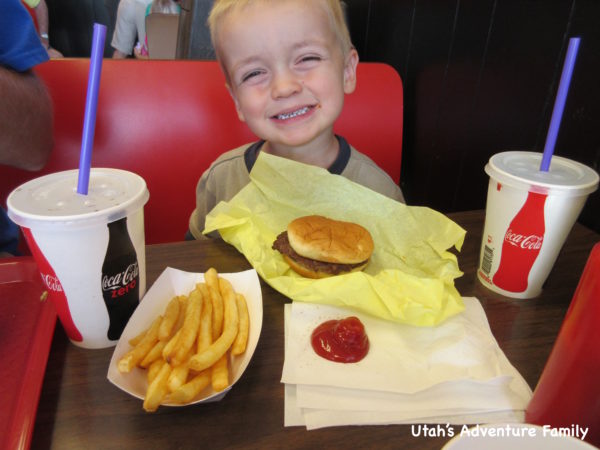 After we finished our meals, we ordered a Heath shake to share. The shake was thick and delicious. We passed it back and forth until it was gone. 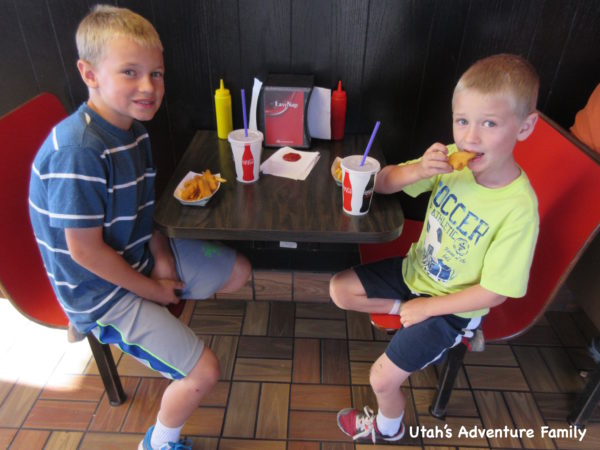 Chicken nuggets and fries are a staple of children’s restaurants diets. 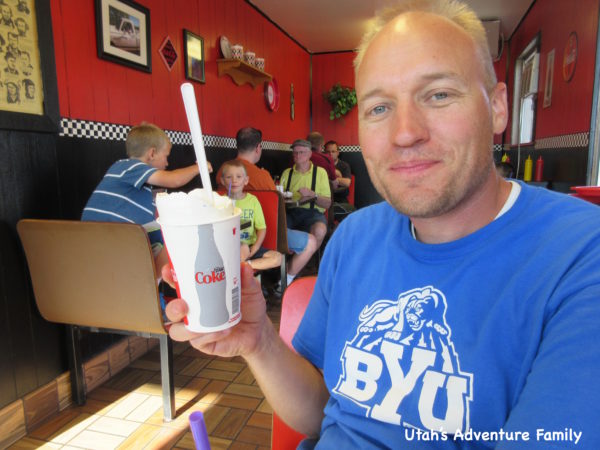 This Heath shake was amazing. We all tried some.

We really like Henrie’s Drive-In in Panguitch. The food was fast, inexpensive, and delicious. If your adventures in Utah take you to the west side of Garfield County, give Henrie’s a try. 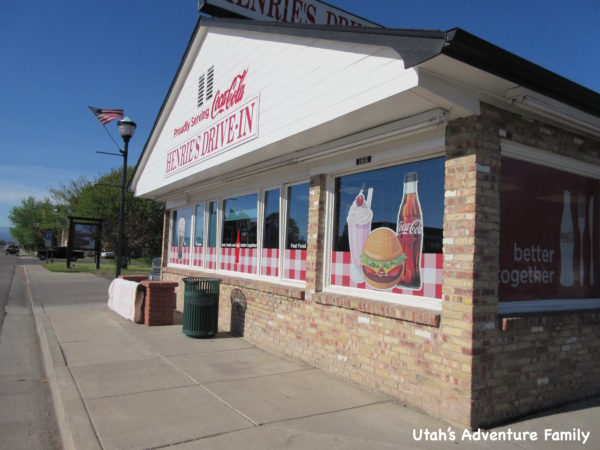 Henrie’s Drive-In looks just like the kind of place we love!