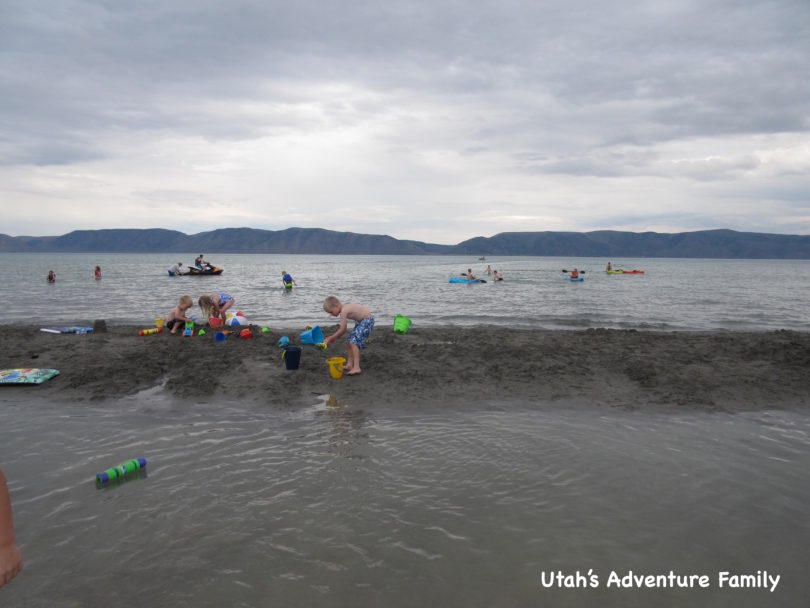 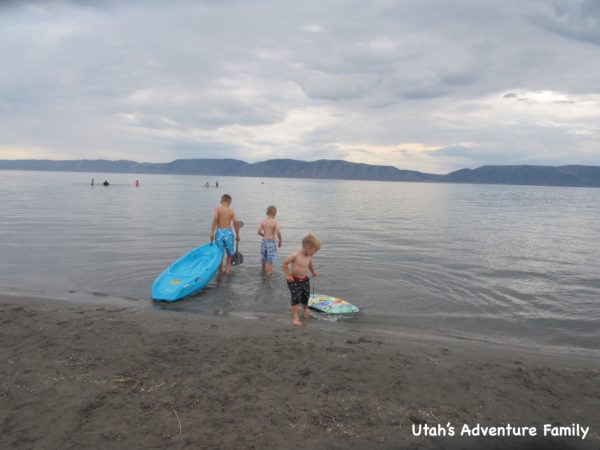 Garden City is the center for most things at Bear Lake. There are lots of places to stay and eat. On our last trip to Bear Lake we visited the Garden City Park, which leads to free access to a beach on Bear Lake. We wanted to share about our adventures here.

The park isn’t anything very fancy. It is a smaller park, but it does have some new playground equipment, including a new rope climbing structure. There are two little playgrounds and a few swings. One playground has bark, and the other has sand under it. Our boys didn’t seem to mind that the park was small. They happily played at the playground for quite a while. 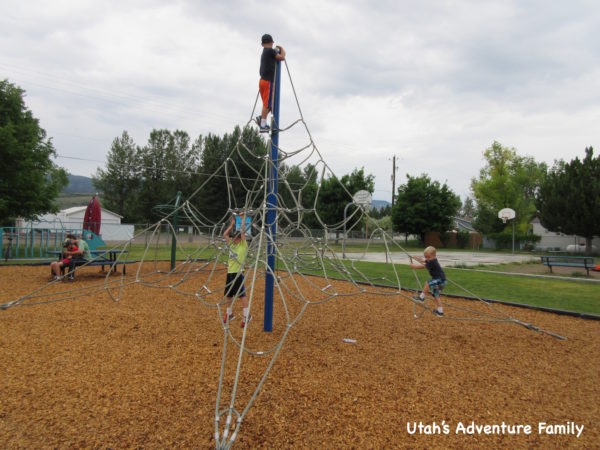 The main attraction was this climbing rope structure. 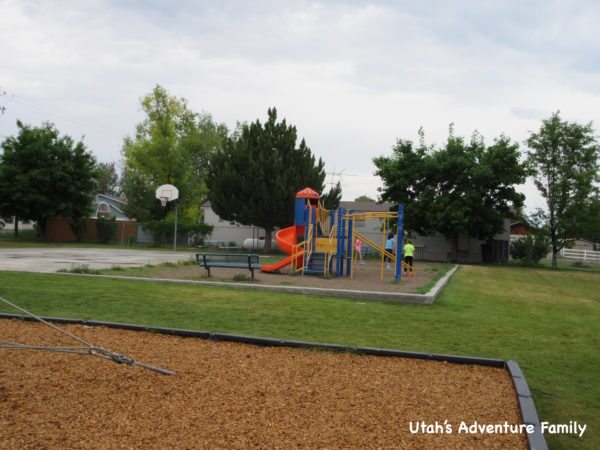 There was another smaller playground, too. 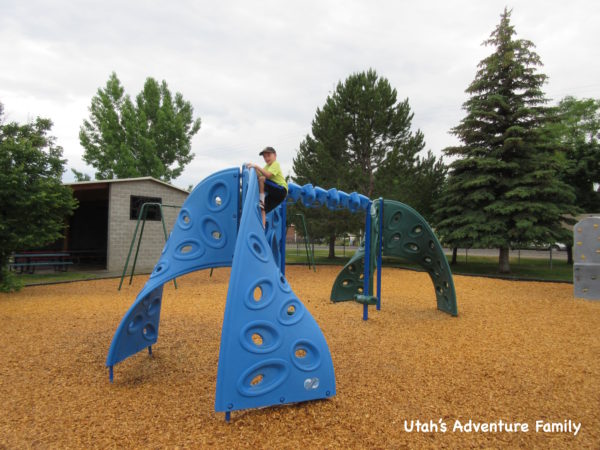 The park did have some fun climbing structures.

There is a pavilion and basketball courts and a large grassy area at the Garden City Park. There isn’t a lot of shade, but luckily we were there on a rainy day! Be prepared if you go to take hats and sunscreen. 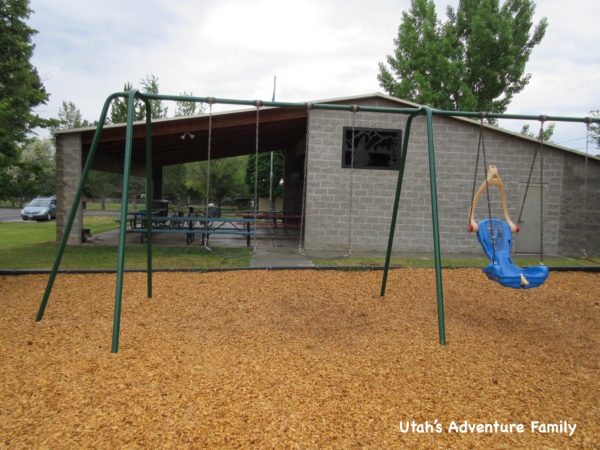 The pavilion was covered. 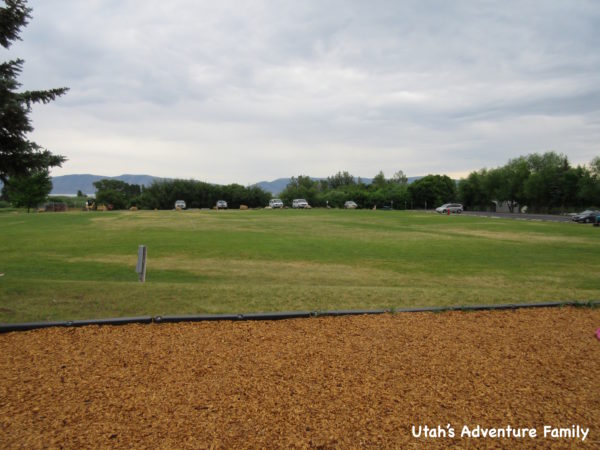 Across the grassy field is where you want to park for the beach.

On the far end of the park, there is a boardwalk that leads down to the beach. We parked down there so that we didn’t have as far to walk to the beach. Along the boardwalk are a few interpretive signs about wetlands. We didn’t see any wildlife, but I’m sure that you could if you were there at the right time. 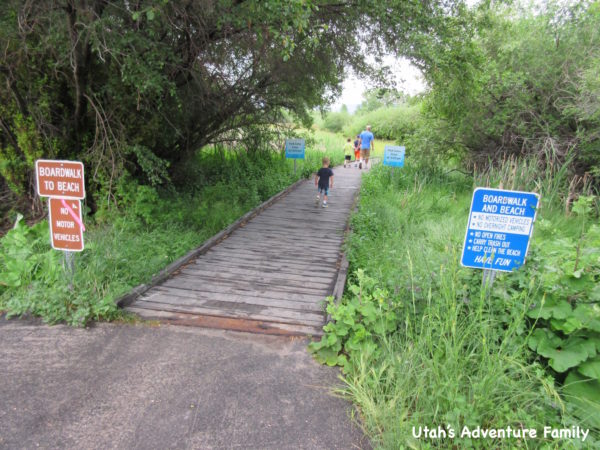 There are plenty of signs directing you to the beach via this boardwalk. 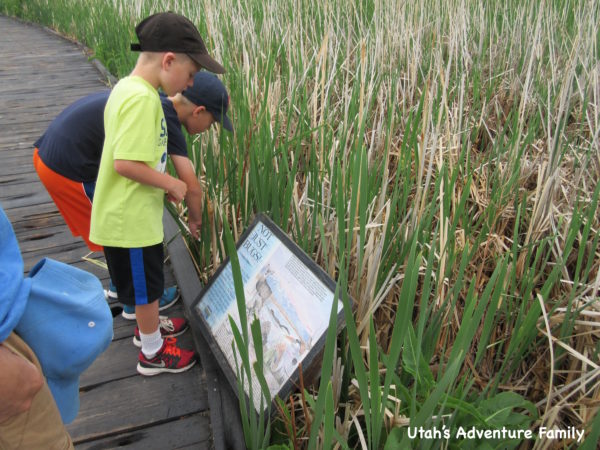 After following the boardwalk, you will come out into the open and see the beach. There are bathrooms, as well as a rental shack for paddle boards and kayaks. It is still quite a walk down to the beach, but only a little less than a 1/4 mile (around 0.2). 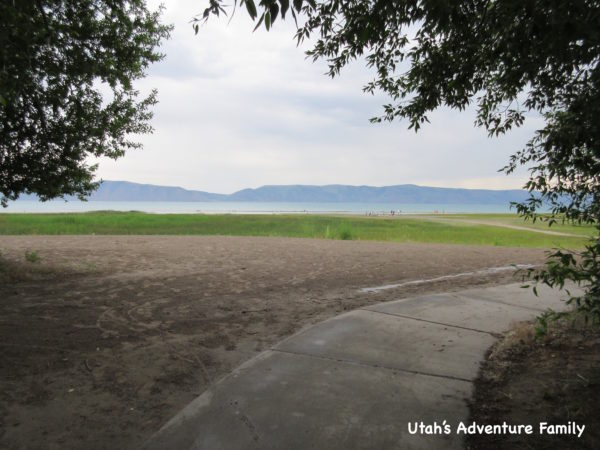 You come out and see the water, but it’s still quite aways to walk. 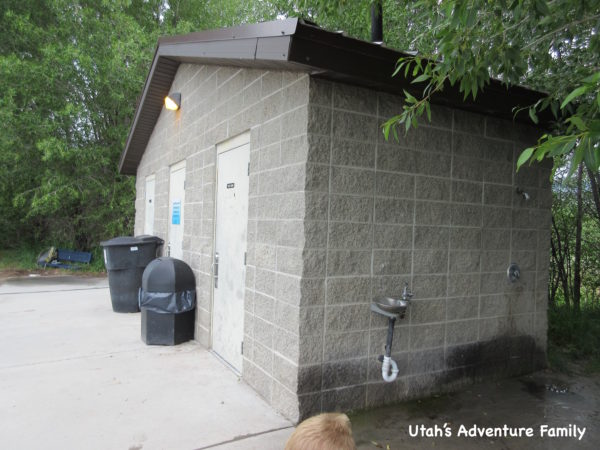 The bathrooms were nice!

The beach isn’t as nice or as large as North Beach on the Idaho side of Bear Lake, but the water is just as blue. It gets deeper a little quicker here as well, but you could still walk quite a ways out and not be under water.  When you arrive at the water, there is a little alcove with super shallow water. We walked across this to a large sand bar to set up our stuff. I’m sure that this changes based on water levels each year. 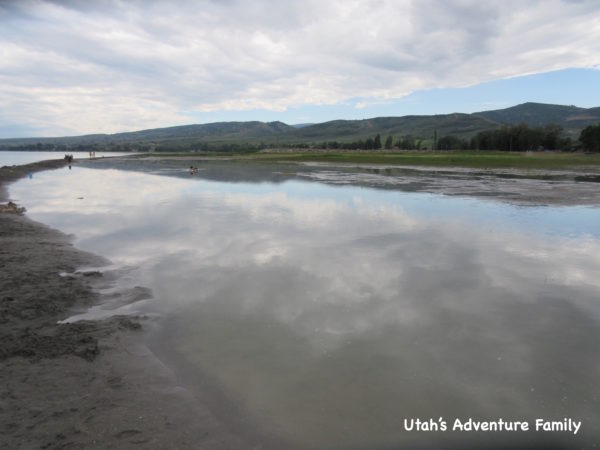 We crossed this shallow water, and set up on the sand near the lake.

We spent the whole afternoon playing in the water and sand at the Garden City Beach. If you are staying in Garden City and are looking for a place to spend the day, try Garden City Park & Beach. It’s nice that it’s FREE! 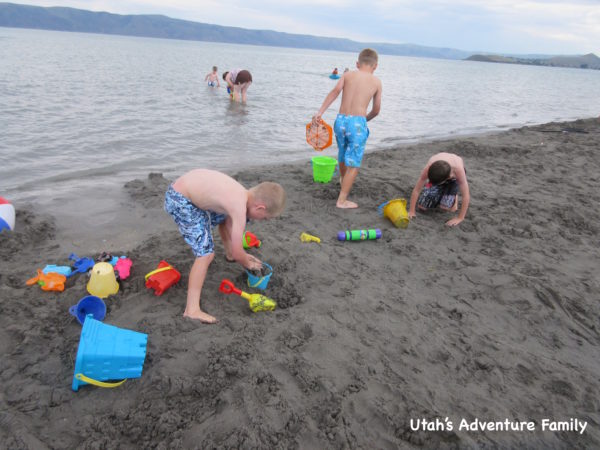 It was a great place to spend a beach day! 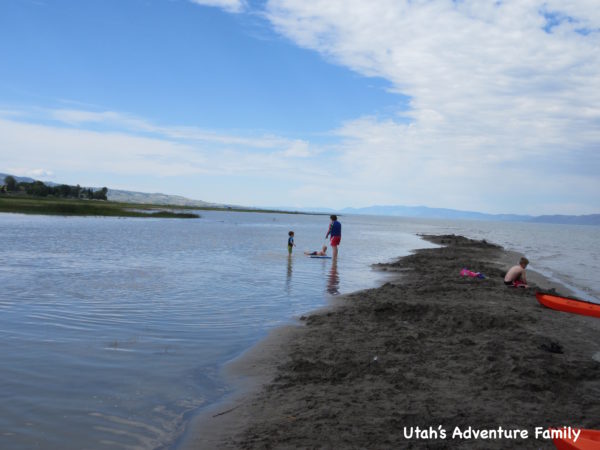 The shallow water was warmer, so we played in it a lot, too!

If you decide to walk down to the beach, we recommend bringing a wagon or stroller to help carry things. You can easily push/pull it across the hard sand and then leave it at the edge of the water. We brought minimal items because of the long walk, but we were grateful to have a free beach and bathrooms.

You can find Garden City Park and Beach at approximately 400 S Bear Lake Blvd. The street that runs alongside the park and down to parking by the beach is called Lido Point Rd. 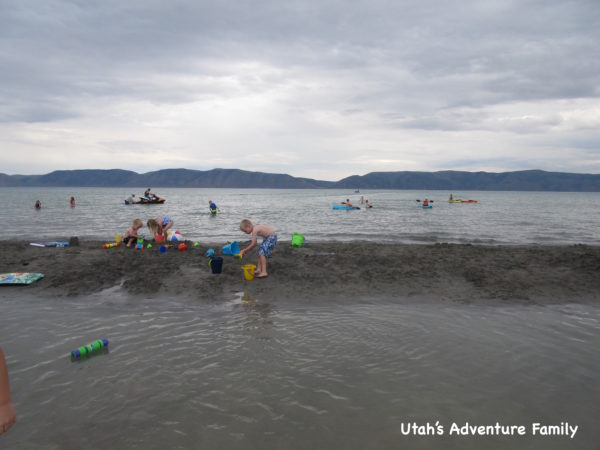