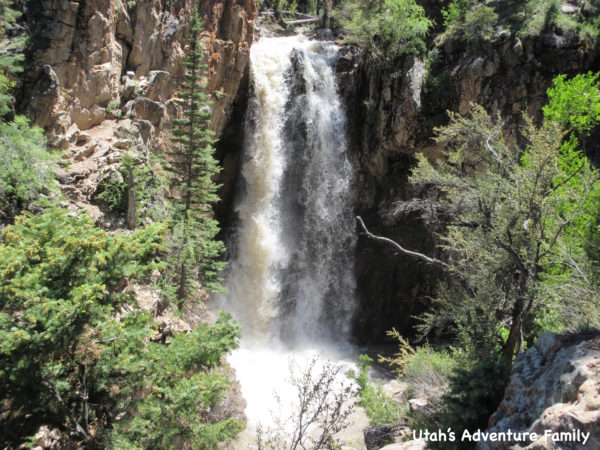 Bullion Falls is a beautiful 75 tall waterfall located up Marysvale Canyon. This hike is out of the way and steep, but the waterfall is very impressive.

The trail to the falls is pretty rough, and a bit dangerous. It runs 1 mile each direction (2 miles RT) and the first 2/3 of that can be done on an ATV as you will be hiking along an ATV trail. It’s really rocky, and mostly uphill. After you pass the parking area for ATVs, the trail has a drop-off on one side, but it is wide enough that you are not in a lot of danger. 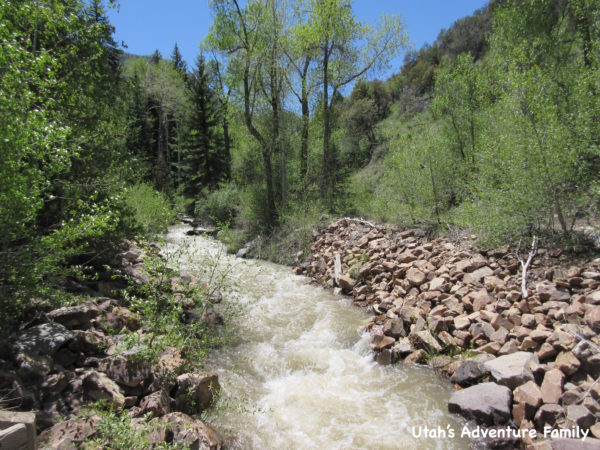 The trail follows the river. The first bit is right next to the water, then about halfway you can hear the river, but not see it. 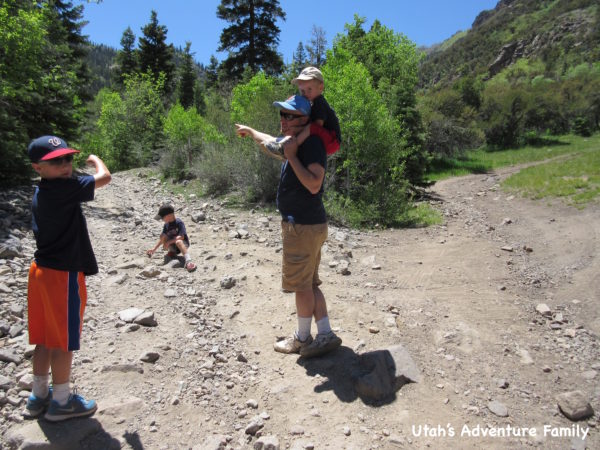 There is one junction. Stay left. 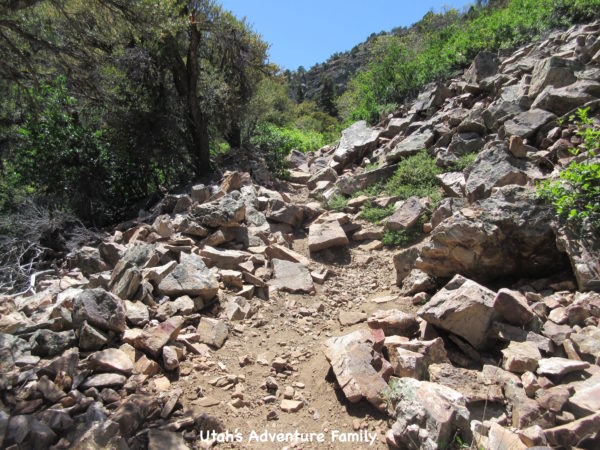 There are some rough parts of the trail. This is the trickiest.

Along the way, you’ll pass an old prospector’s cabin, which is remarkably well preserved. There is also a small stream that you have to jump across. We were able to cross the stream easily in June when the waterfall and river were roaring. Later in the summer, this crossing would be even simpler. 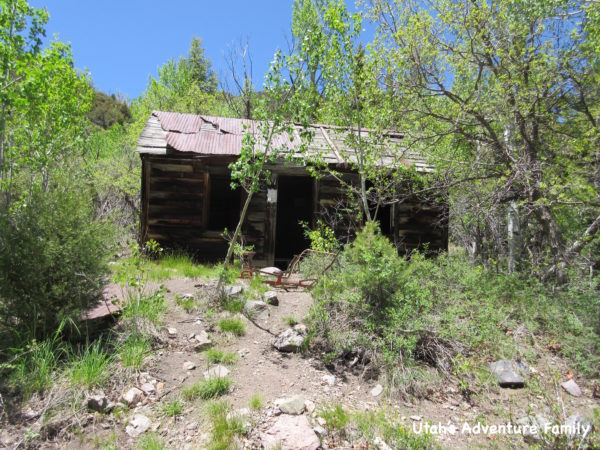 This is the old cabin you’ll come across. 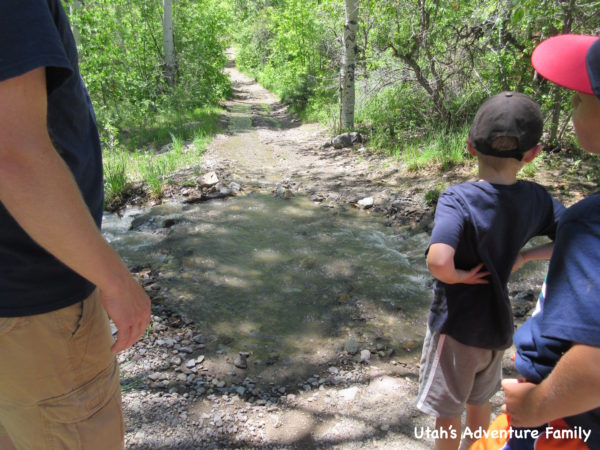 The stream we had to cross was wide, but not deep.

It would be hard to recommend this hike for small children because of the steep climb. You can’t actually reach the base of the waterfall without some fairly serious scaling, but there is a great overlook where we took a lot of pictures. We also played and splashed in the crystal clear water that was running across the trail. We decided not to scale down to the bottom of the falls, but there were others without younger children who were able to make it. The overlook where we stopped to take pictures was at exactly one mile. 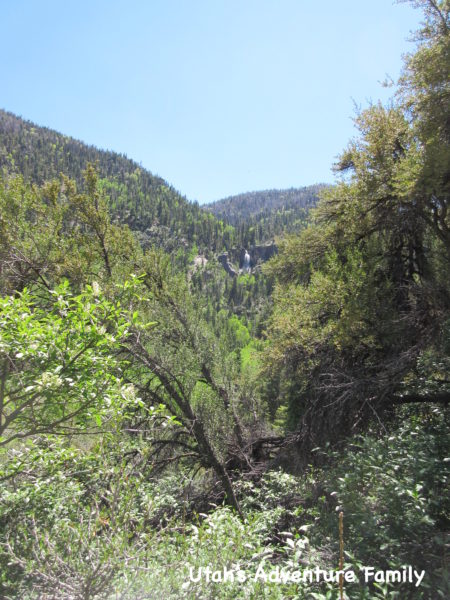 There is a waterfall that you will see across the canyon. This is not Bullion Falls. It is Cascade Falls–you will come across a sign that names the waterfall. 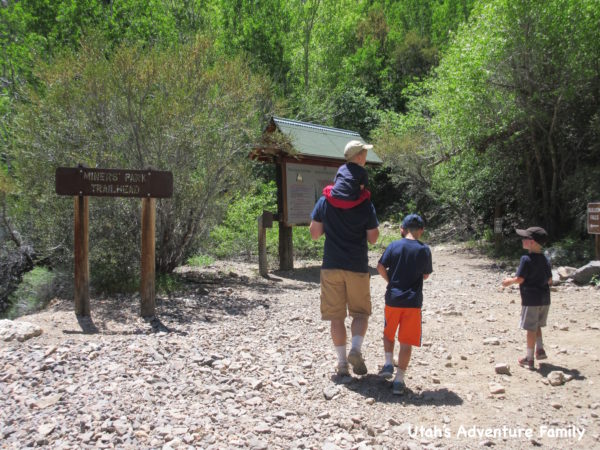 This is where you could ride your ATV, and then walk the short distance to the waterfall. 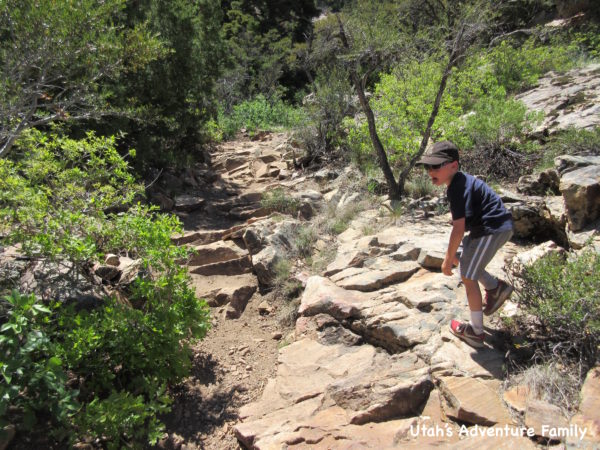 Even our big kids were getting worn out on the steep climb. 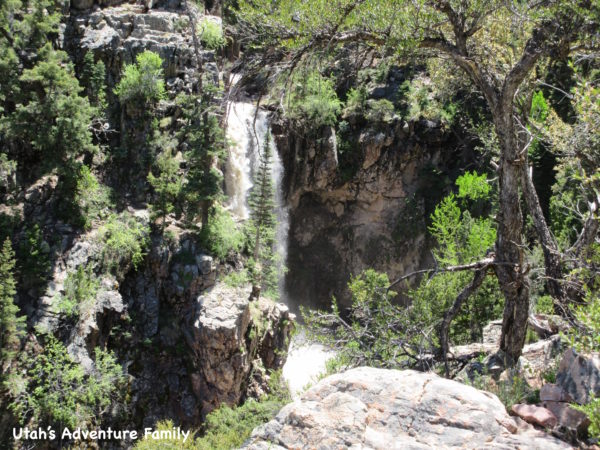 You will come up the trail and see the waterfall, and you’ll feel like the climb was worth it.

This is a great hike if you’ve got older kids, or if you are careful and take it really slow, you might be able to bring some younger kids along. We felt like this trail pushed our three year-old pretty hard, and he ended up being carried a lot of the way down.

This is the waterfall from the trail. We climbed down a little closer to an overlook.

This is what we climbed down to see the waterfall. If you want to get to the very bottom, you’ll have to do a lot more of this type of climbing. 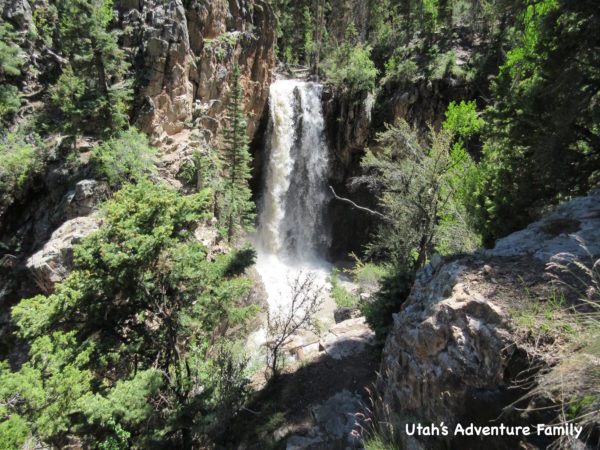 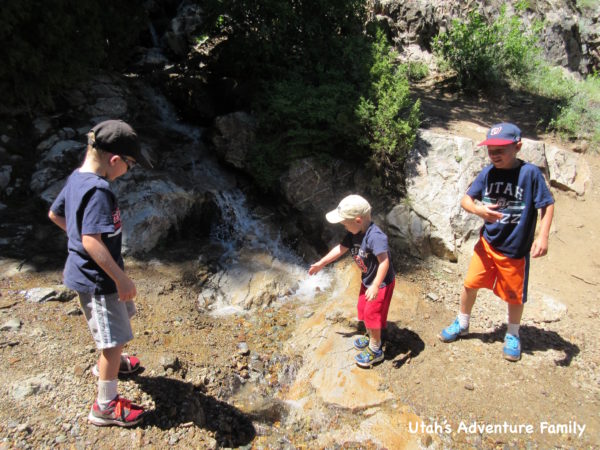 We had a lot of fun playing in the runoff on the trail. 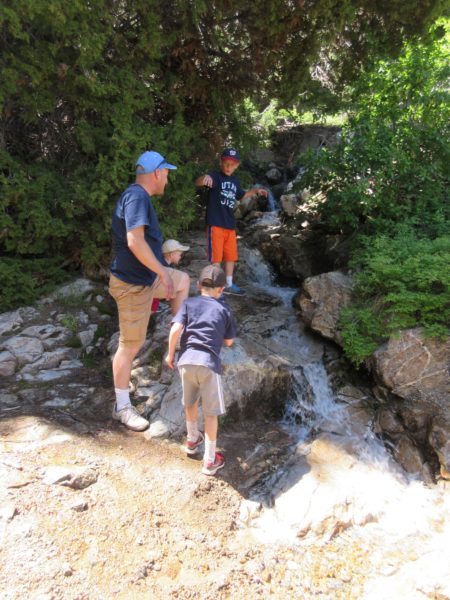 The water was nice and cool after the long, hot hike! 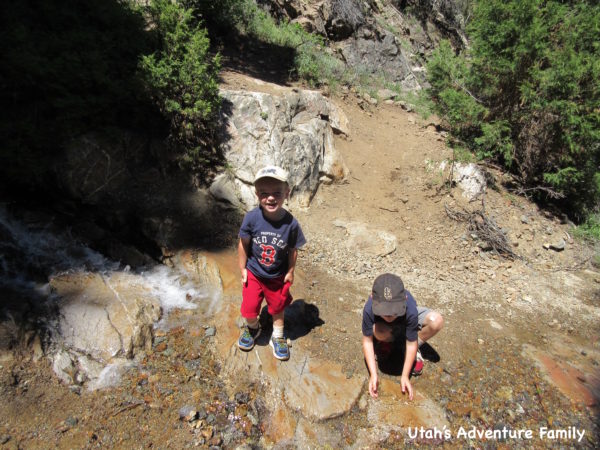 The boys didn’t mind that we weren’t standing by the waterfall at all! 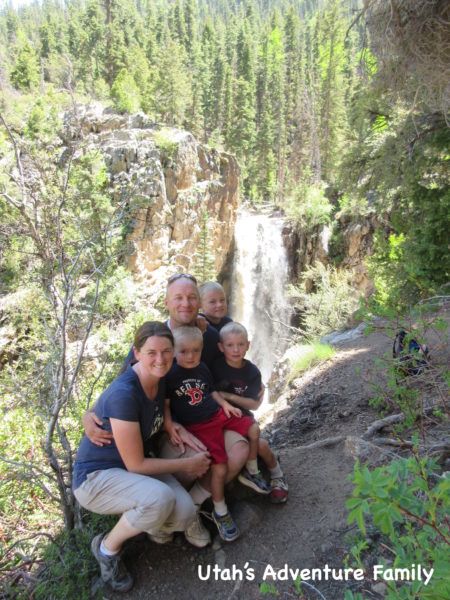 Luckily another family was there to take our picture!

To reach Bullion Falls, turn west on Main Street in Marysvale. Follow the road for 6.1 miles as it winds through town and up the canyon. More than half of it is dirt, but easily passable for cars. Cross the bridge and park. Then walk back across the bridge to the trailhead. There are plenty of signs to keep you from getting to the wrong place.

This is the bridge where you cross the river. Park just beyond the bridge and walk back to the trail on the right. 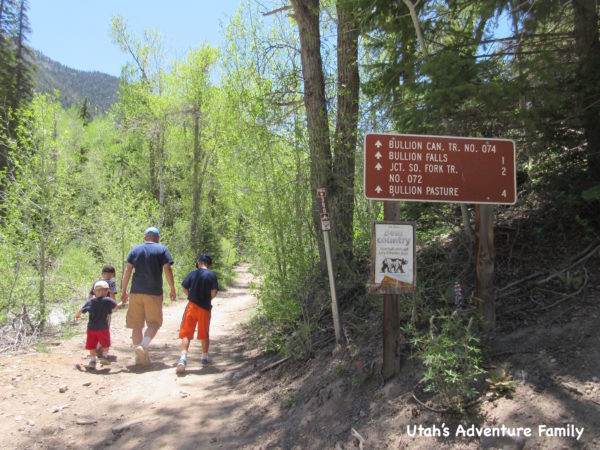 There are lots of good signs to show the way! 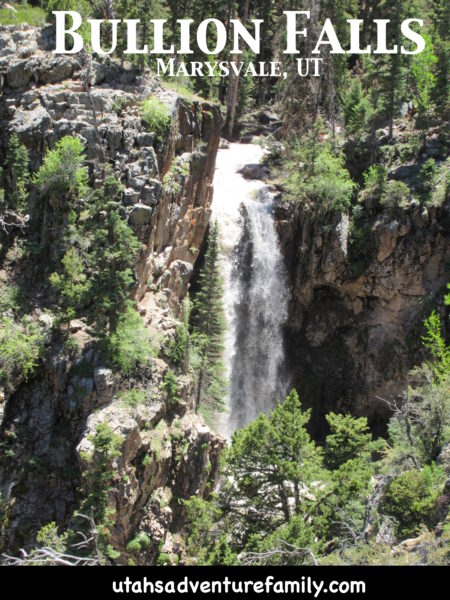