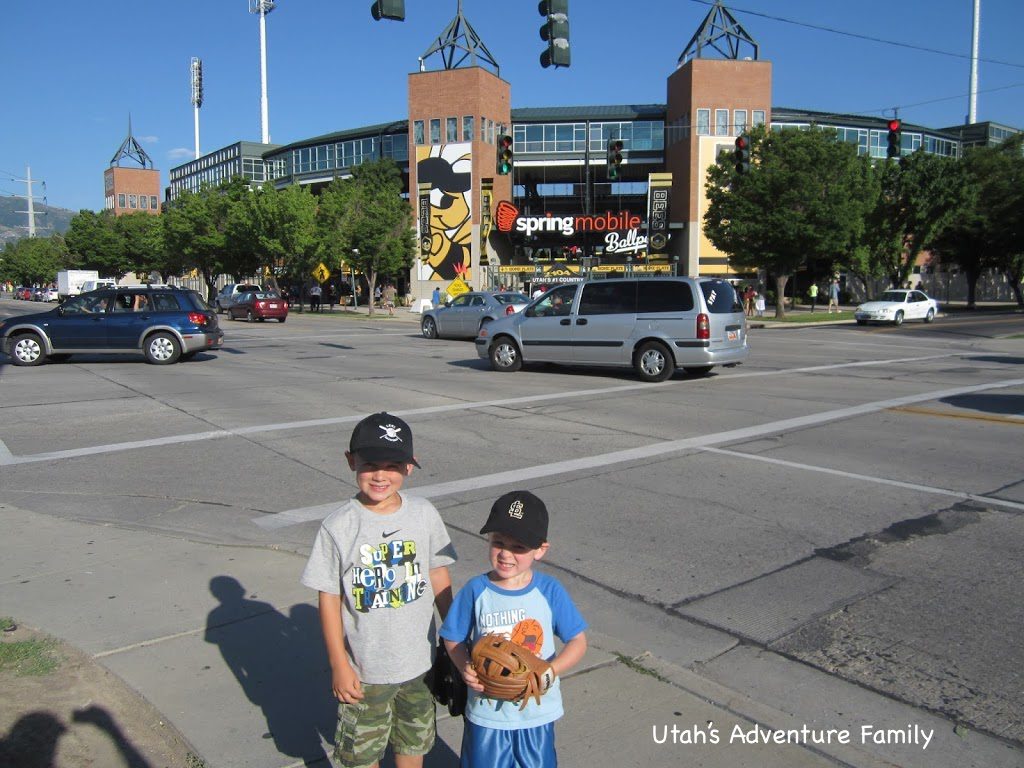 Excited for the game!

We really like baseball at our house. As close followers of the sport (a little too close for mom, sometimes) we really love to take in an Orem Owlz game.

We decided that we wanted to try out a Salt Lake Bees’ game and found a nice deal. On any Monday night, you can go to a Smithtix location (not available online) and get 4 tickets and 4 hotdogs for $20. You get to pick your seats from those still available, but there were plenty of great seats. We went just 3 hours before the game and sat right behind the first base dugout.

I don’t think there would be too many bad seats in this stadium though. There are general admission seats, which means no chairs, in the grass behind left field and right field, and I wouldn’t pick to sit there because they were in the sun until sundown. All the chair seats would have a great view, and only a few way out by left field had to deal with the sun.

Our boys loved being in the stadium and kept hoping to catch a foul ball. We didn’t catch anything, but we did eat a lot of concessions. We just can’t help ourselves when we are in the ballpark. They look so appetizing.

The game was great with the Bees’ winning 7-1. The one negative thing was that the game went SO late, and then we had a 45 minute drive home. Good thing it’s summer!

Still, we had a great time. It’s always fun to go and be a part of the game! You can check out other promotions and fireworks nights at the Salt Lake Bees website.

A look at the ballpark. 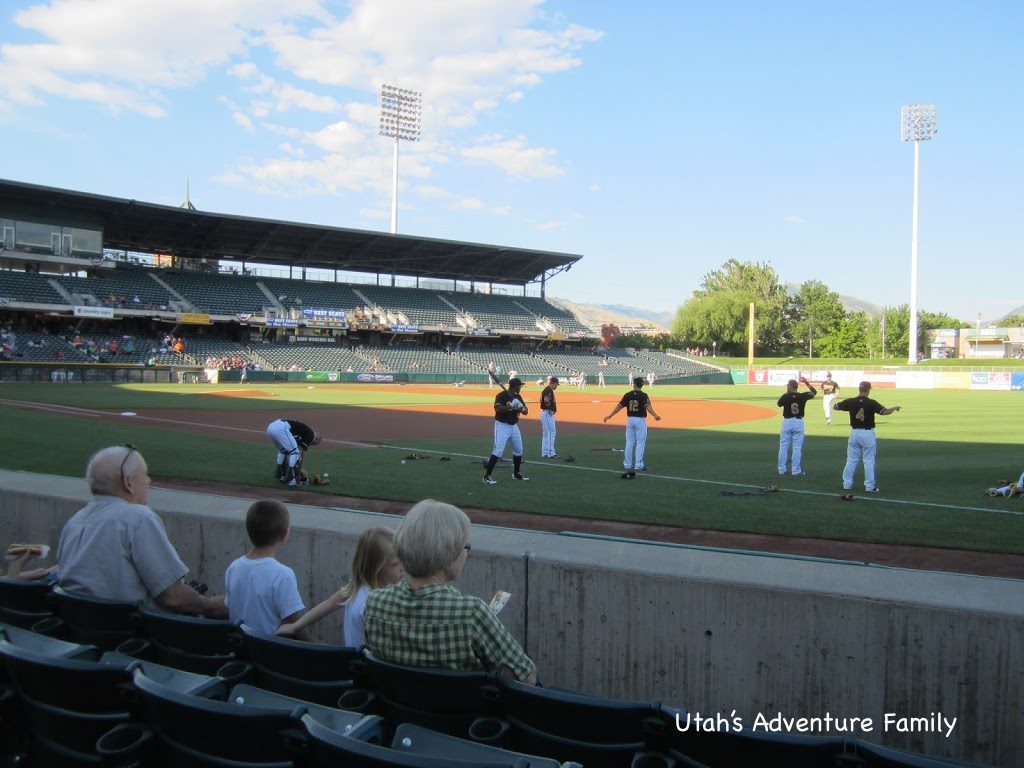 The Bees warming up for the game. We were in the 4th row.

We learned something new when we visited the Bee’s again. There is a children’s Safety Train that runs for FREE throughout the game. Children 12 and under can ride (3 and under need an adult to accompany them). It drives behind the outfield and back to where it starts, but our boys love riding on any train. It was a great way to keep them busy until the game starts, or it might be useful for a break mid-game if your kids are restless. 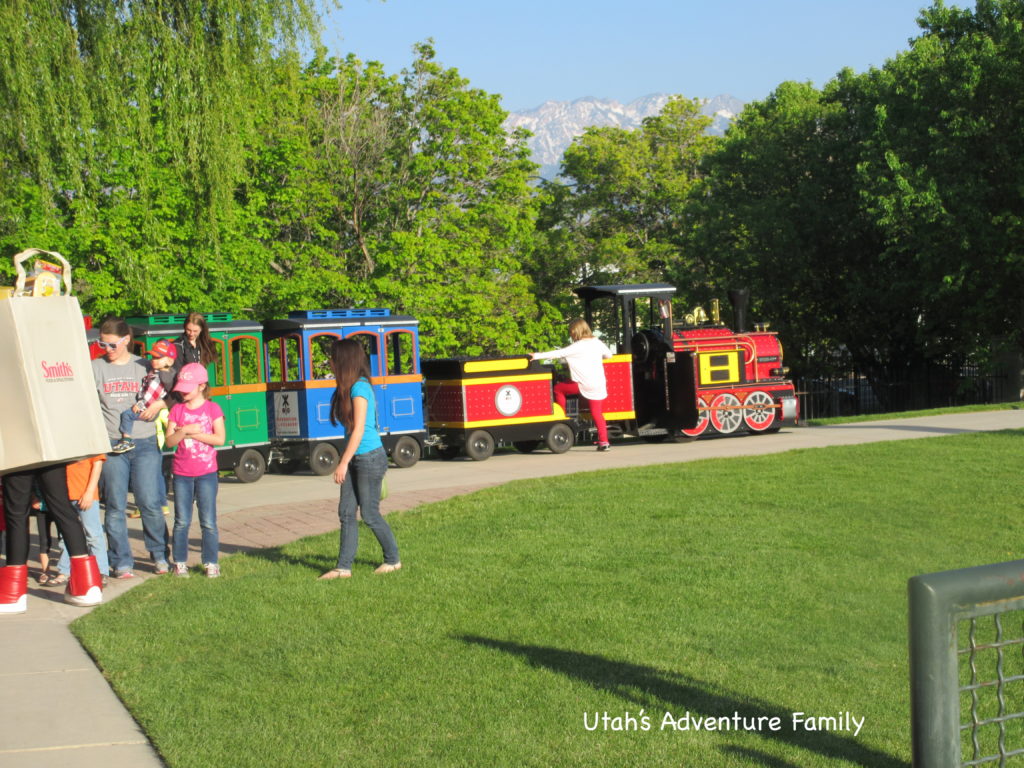 The train only has 5 cars, but it’s a hit with the kids! 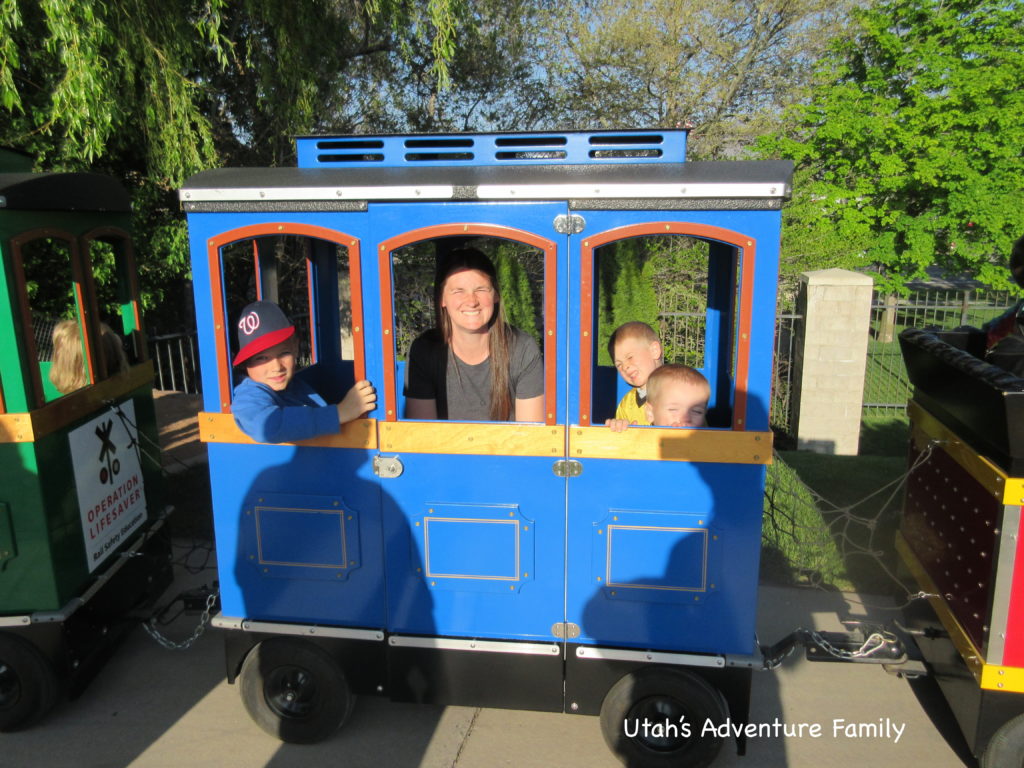 Even mom was able to ride…well, required to ride with our two year old!