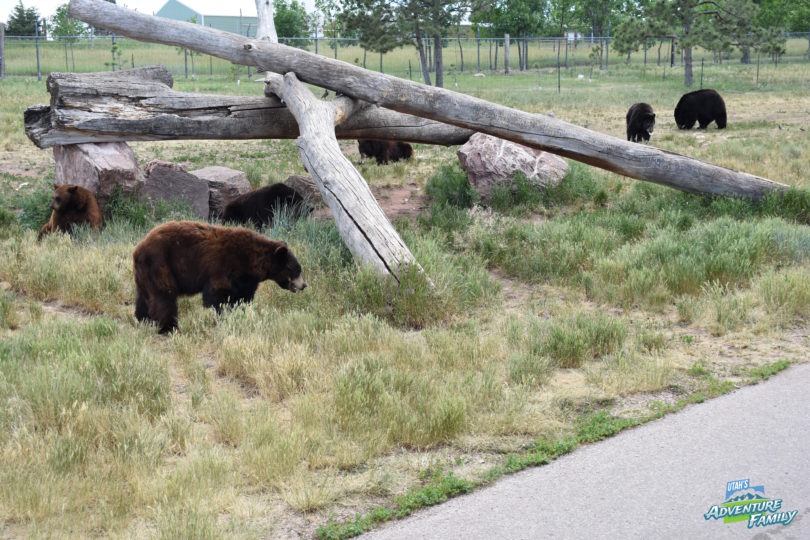 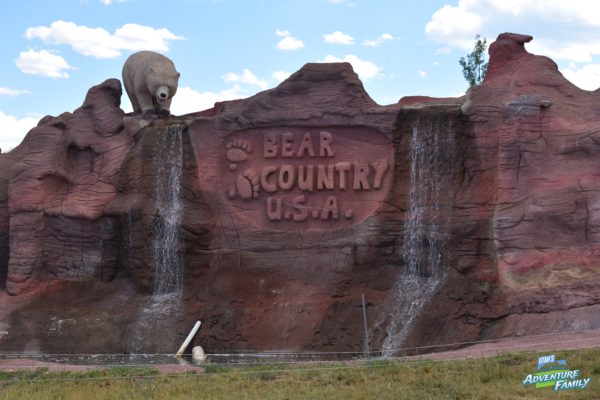 We visited Bear Country USA on a recent roadtrip to South Dakota. This site is a great way to spend half a day and see a lot of animals that are native to the Rocky Mountains.

There are two main parts to Bear Country USA, and we started with the driving route. This is a road that allows you to drive through animal enclosures with many of the animals that live in this region. We drove through almost all of the ungulates in America including: deer, elk, mountain goats, bighorn sheep, buffalo, caribou, and Dahl sheep. The only thing that seemed to be missing was moose. If you don’t get to see a lot of these animals in your travels, this was a great way to view them because the animals have much more space than in a typical zoo. In fact, it seemed a little bit like a safari drive through the trees to spot animals. 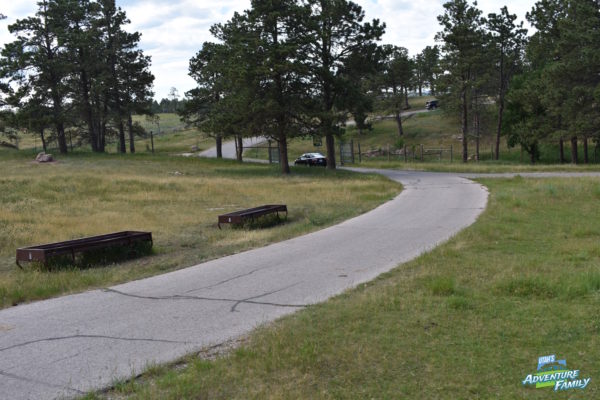 The enclosures are open so you drive right through the animal habitats, much like a safari. 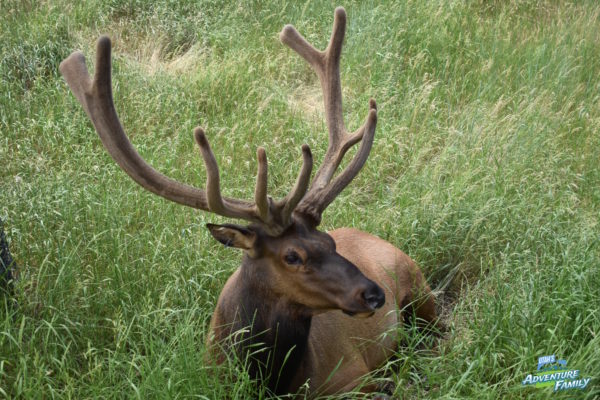 This beautiful elk was sitting right by the road. 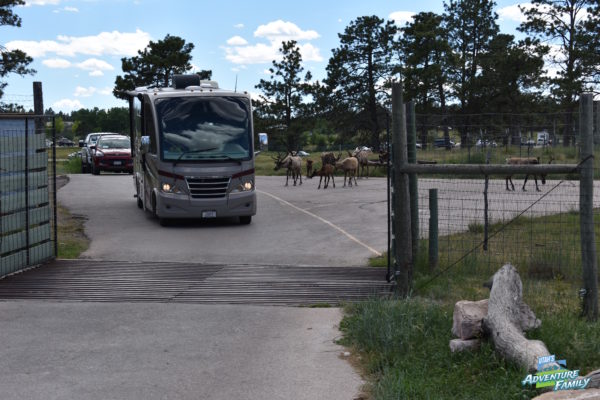 The caribou decided they needed to cross the road through all these cars. 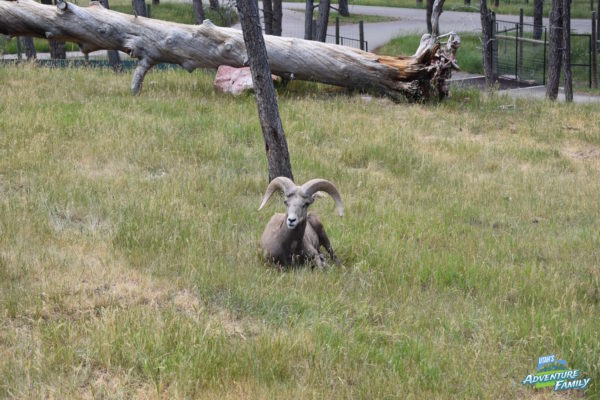 We saw lots of animals including this big horn sheep.

There were other large mammals to see, too. We spotted a few cougars, including one laying on a branch about 30 feet up a tree. There were even a few wolves sitting in the shade of a rock. Then we came to the bears. I’m not sure how many bears Bear Country has, but it seemed like hundreds. There were bears laying in every den, bears walking around, bears playing in the water, and bears on the road. There were mostly black bears, but there seemed to be some grizzlies, too. It was really amazing, and the boys loved it. 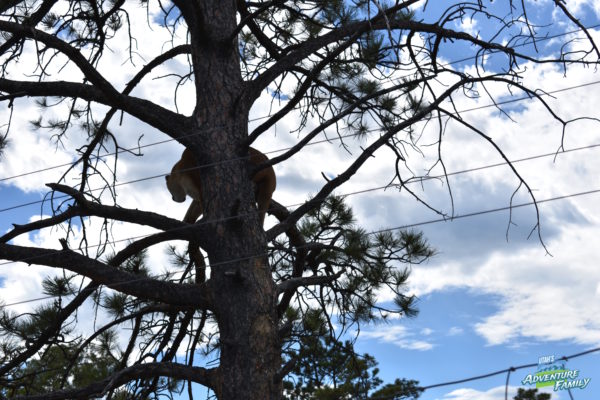 I couldn’t get a great picture, but this Mountain Lion was right above us in the tree. The boys were so excited! 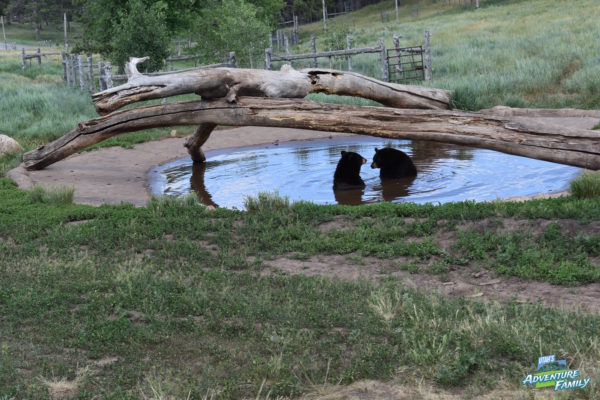 It was a hot day! We saw lots of bears in the water. 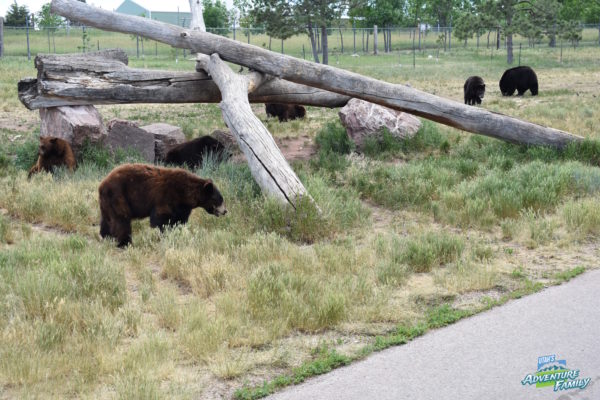 There were bears everywhere!!! 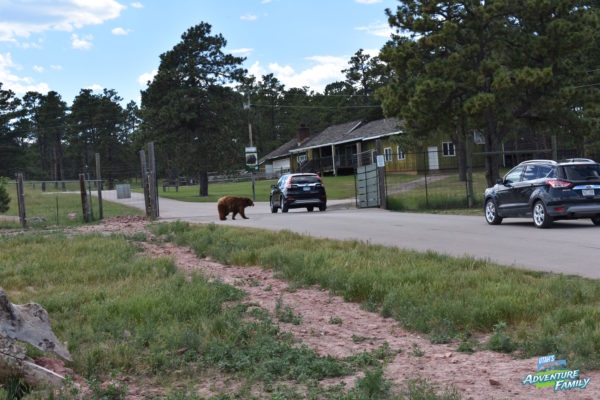 The bears walked right between cars, too! 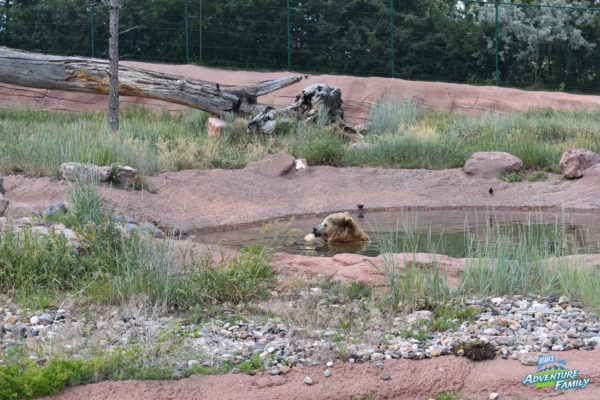 Lots of bears were laying in the shade of their caves or in the water.

After the drive we stopped to see the smaller animal enclosures. These animals were all native, too, and they were surprisingly active. We started with both red and arctic foxes. The arctic foxes were shedding their winter coats, which were pure white and really contrasted with the dark gray underneath. We saw bobcats and lynx prowling about their cages. There were porcupines, raccoons, and skunks digging and pacing and sleeping. We saw groundhogs, otters, and even a few beavers chewing on the sticks that were their lunch. 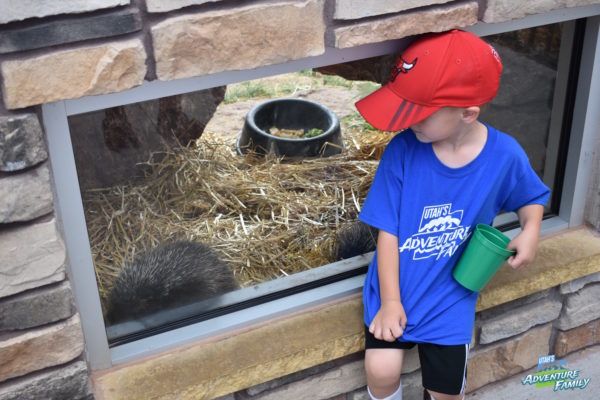 We got to see lots of animals like at the zoo. These are porcupines. 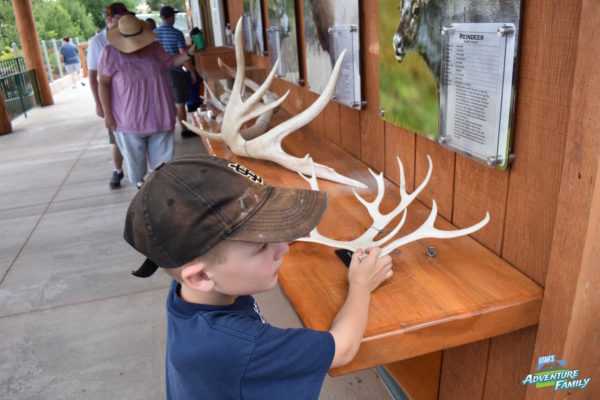 There was an area for kids to touch different kinds of antlers. 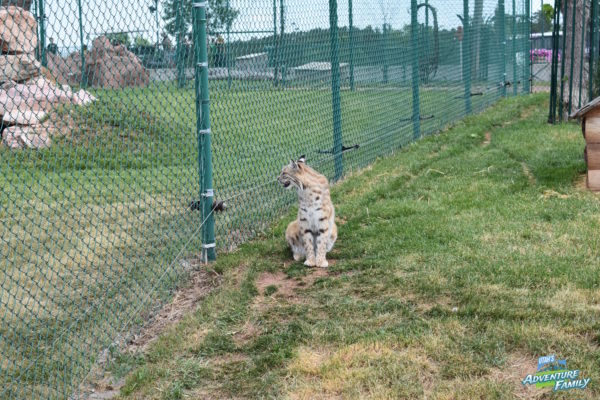 We love to see big cats. This bobcat was pretty. 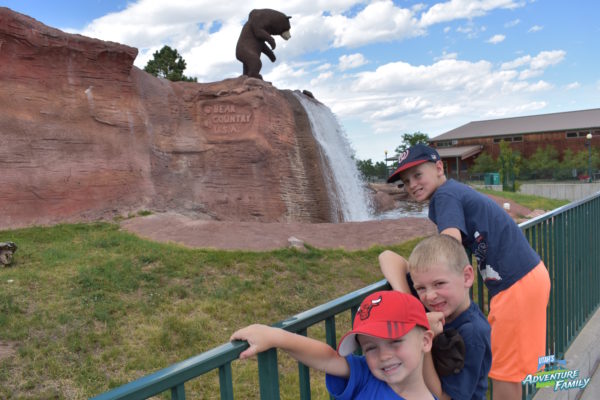 We did have fun at Bear Country USA.

And then we came to the baby bear cubs. These little ones shared an enclosure until they were big enough to be out with the big bears. For a few dollars you could buy a cup of fruit to throw them, but they went right past most things and picked at the blackberries and blueberries. While we were there, a staff worker came in, and they ran right up to her and hung unto her clothes. It was clear that they were pretty closely attached! We probably watched the bear cubs for at least 30 minutes. It was really fun. 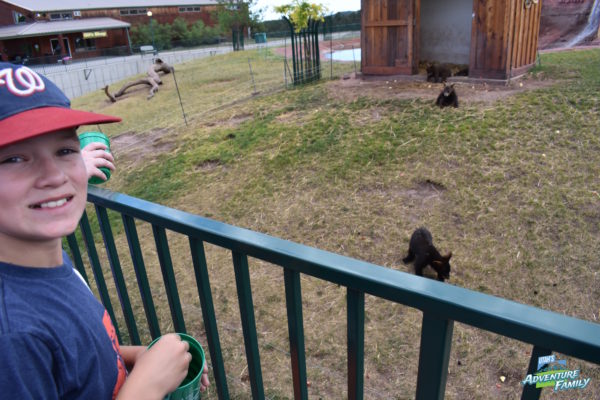 We splurged and bought some food to feed the bears. 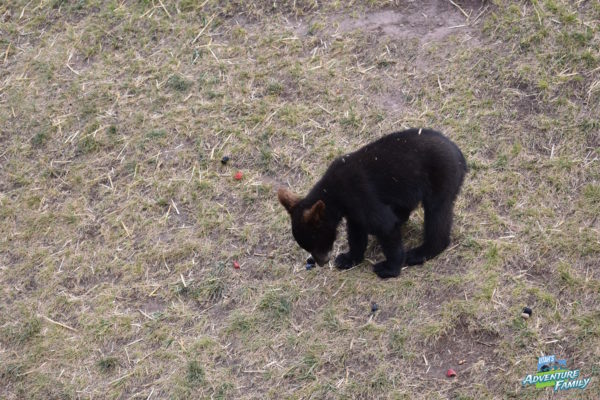 They did not want to eat strawberries, but they sure loved the blackberries and blueberries. 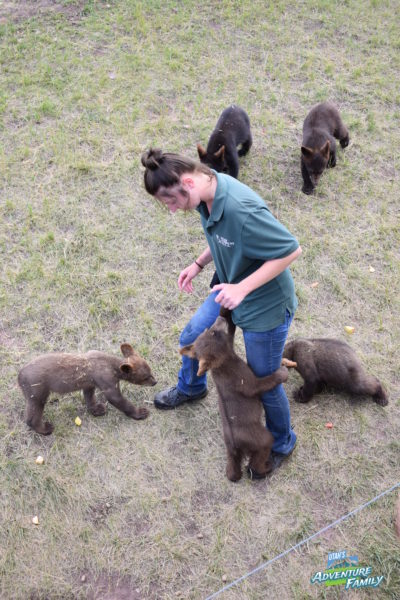 This worker was definitely loved by these young cubs.

We spent half a day at Bear Country USA. While it wasn’t as cool as seeing bears in the wild at Yellowstone, you are guaranteed a bear sighting when you visit. It is also a little pricey, so visit their site for more details. This adventure also pairs well with Reptile Gardens, which isn’t too far away. Be sure to check our South Dakota Roadtrip page for other ideas in the area.